The Finnish Pavilion responds to the theme of the 17th Architecture Exhibition at Biennale di Venezia, “How will we live together”, with an exhibition entitled New Standards featuring the example of the Puutalo Oy consortium, which developed a prefabricated timber housing system as a response to the Karelian refugee crisis of the 1940s. 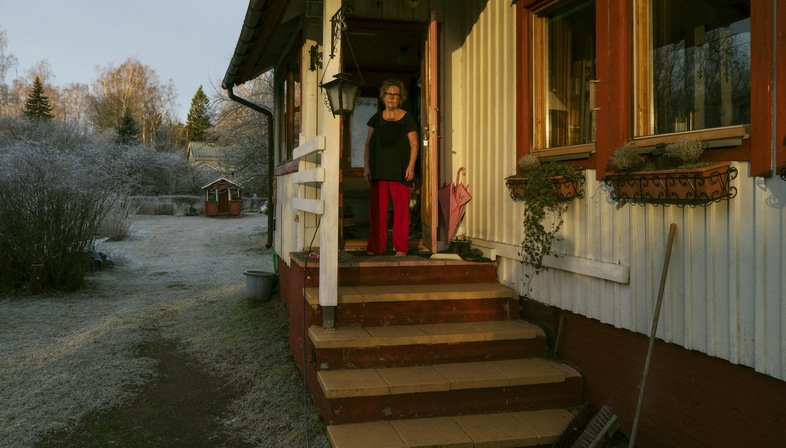 Prefabrication is a common response to urgent demand for housing, but it does not always produce particularly good aesthetic and practical results, as if responding to a crisis did not demand reflection on the well-being of the occupants, many of whom are already traumatised. The refugee camps in Lesbos, Greece and other parts of Europe offer the perfect example.
“How will we live together?” is a question that cannot ignore these issues, seeing as at the end of 2019 the UNHCR estimated that “at least 79.5 million people in the world were forced to flee their homes.” (source: https://www.unhcr.org/figures-at-a-glance.html) History can offer precious input in this area. And so this year’s exhibition in the Finnish Pavilion is called New Standards and looks at the example set by the Puutalo Oy consortium (literal translation: wooden house co.), which developed prefabricated timber homes in response to the Karelian refugee crisis of the '40s, when 11% of the Finnish population, about 420 thousand people, were displaced by war. This type of home was exported all over the world in large numbers after the war, boosting the Finnish construction industry; in less than ten years, Puutalo Oy became one of the world’s biggest manufacturers of prefabricated wooden houses.
The New Standards exhibition documents the history and development of these prefabricated buildings and their contribution to Finland’s world-wide reputation for design and production. The houses were developed by some of Finland’s most prominent mid-century architects and their archetypal appearance conceals the innovation that went into their structural design, spatial layout and domestic utility. While Puutalo’s homes, schools and utility buildings are not covered in most standard histories of architecture, they might be considered Finland’s biggest architectural export: Puutalo’s wooden houses were exported to more than 50 nations.
These houses have been around for eighty years now, and have proven solid enough to withstand protracted use over the years, with updates and changes, in a great variety of different climates and circumstances. To illustrate how the houses and the neighbourhood evolved over the decades, a number of contemporary photographers were asked to document the houses as they are lived in today. Finnish photographer Juuso Westerlund’s images of specimens from Finland to Colombia offer a vision of this architectural experiment. The series of historic and contemporary views demonstrates that “How will we live together in future?” is not only a question that demands an answer, but a condition requiring continual re-examination.
New Standards is curated by Finnish architecture historians Laura Berger and Kristo Vesikansa, with American architect and teacher Philip Tidwell, and was commissioned by Archinfo Finland. 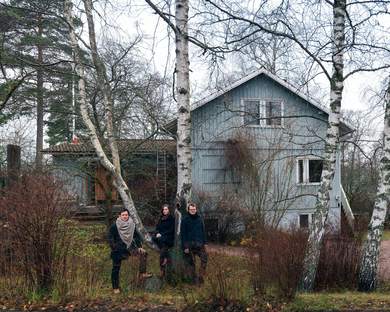 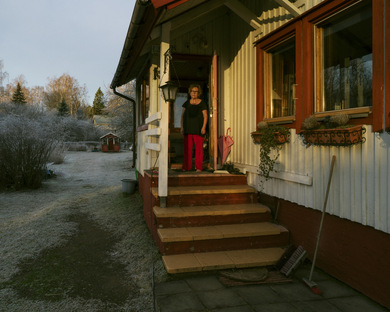 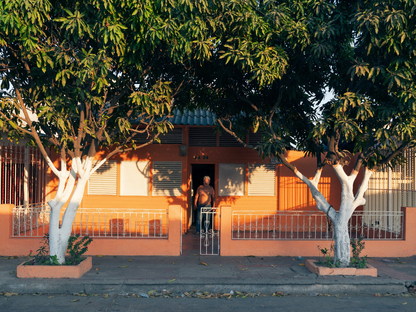 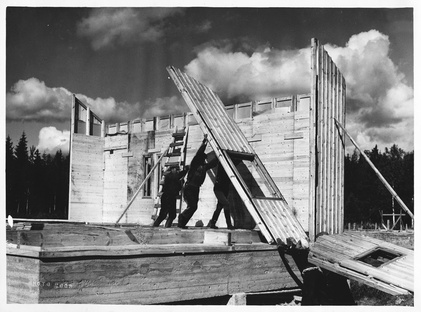 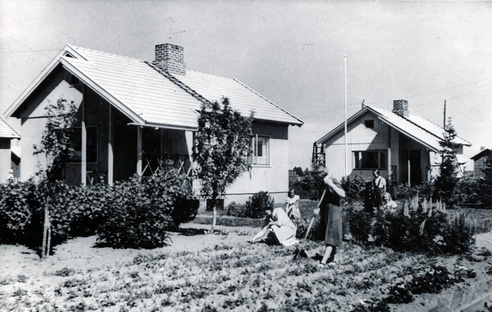 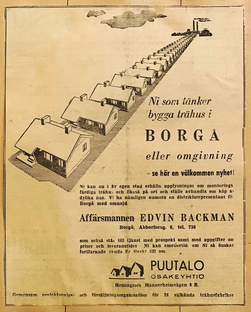 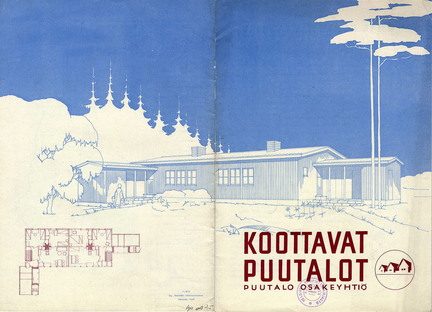