Onhwa' Lumina is an enchanted night walk designed by the creative artists of Moment Factory with the Tourism Office of Wendake in partnership with the Council of the Huron-Wendat Nation in Canada. This thrilling multimedia experience near Québec City celebrates the wealth of Wendat culture through the magic of light, sound and video projections. 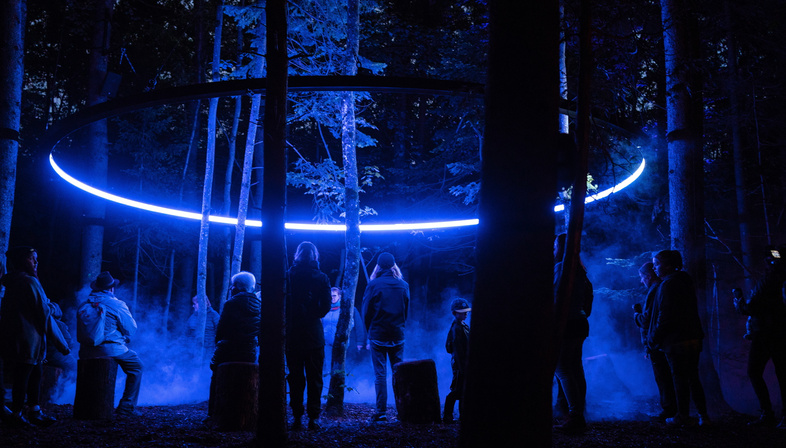 The Wendat, also known as the Huron-Wendat, are a first nation in the Iroquois language family from the Saint Lawrence valley and estuary in Canada’s Great Lakes region. The Onhwa' Lumina night walk initiative of the Wendake Tourist Office, implemented by well-known multimedia studio Moment Factory of Montreal, offers a new way of discovering the indigenous culture of this land. Moment Factory sees Onhwa' Lumina as part of an immersive series of „enchanted walks“ the studio has been developing for more than nine years, including a number of partnerships with indigenous communities in Canada and other countries.
The walk is the result of a long process of preparation arising out of the reciprocal trust between Wendake Tourist Office, community experts, cultural advisors, and more than 100 members of Moment Factory’s extended team, who met at least once a week for almost two years to „to establish a shared vision, learn from each other, and refine content to present Wendat culture in a manner that is respectful, authentic, and meaningful to the community at large,“ as we may read in their press release.
The Huron-Wendat word „Onhwa“ means „now" and marks the passage between the past, present and future. Exactly what the 1.2 kilometre night walk sets out to do, accompanying visitors on a voyage of discovery of the nation. The journey is divided into seven zones, each of which illustrates one of the key values of Huron-Wendat civilisation. Everything is based on their concept of the cycle of life, in which all beings are equal and dependent on one another, and in which human beings are only one of the life forms participating in this harmonious unity.
Starting at the local museum, the journey begins with immersion in the natural beauty of the Wendake forests, in a multisensory voyage in which Moment Factory combines scenographic installations, video projections and an original soundtrack. This integrated presentation introduces visitors to the pillars of Wendat society, from which we stand to learn a lot: from the life cycle to the relationship among the community of living beings. The highly evocative score performed by artists from the community vibrates with the land, with natural sounds echoing the rhythms of the songs to intensify the experience.
But the initiative does not simply „advertise“ the First Nation; it is intended to be „an offering to the Wendat Nation’s ancestors, descendants, and future keepers of the community’s culture. At the heart of the project is the ambition that all members of the Wendat community will share a sense of pride with each other, “ note the creative designers of Moment Factory. What’s more, the night walk complements Wendake’s existing tourist offerings through its potential to attract new audiences and increase the number of overnight stays. With plans to operate 200 nights a year, the experience ought to encourage off-season tourism: a very important aspect, as tourism is the community’s primary source of income.
A project of this kind could only be implemented with perfect respect for the setting in which it takes place and the values it is intended to promote. The Onhwa’ Lumina trails remain open to the public during the day, when the equipment used in the night walk is invisible. The energy used is electric, and the lights are directed toward the ground to prevent light pollution from disturbing the view of the magnificent starry sky above Wendake forest, so visitors can fully enjoy walking the Great Circle on the Turtle’s back, around the hearth of a traditional longhouse, through the village and under the stars. 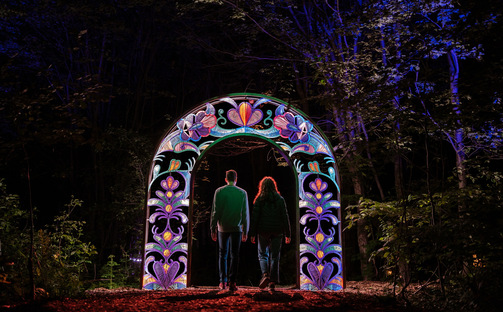 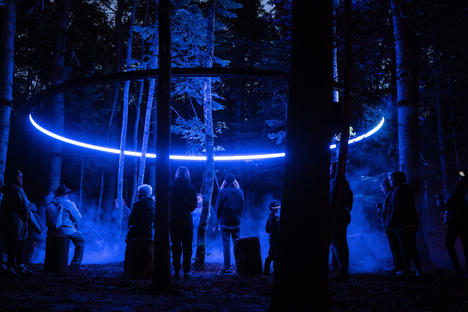 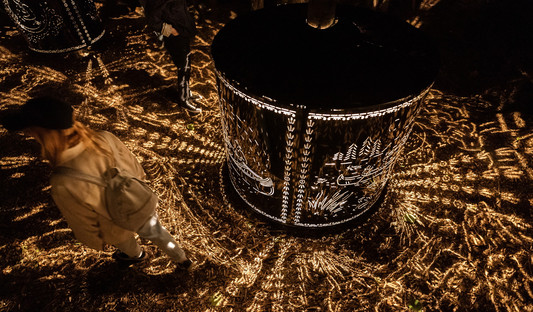 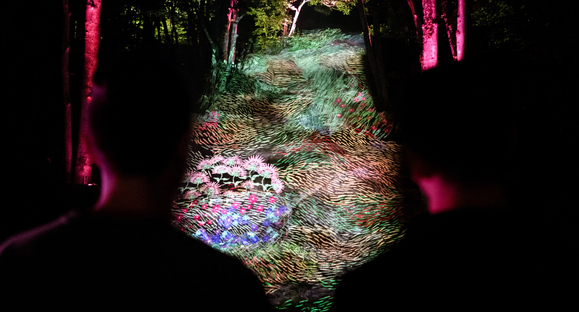 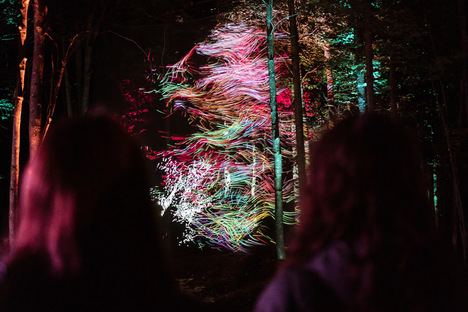 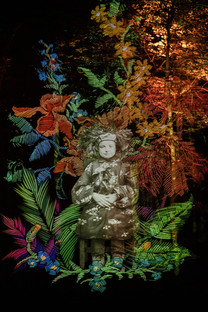 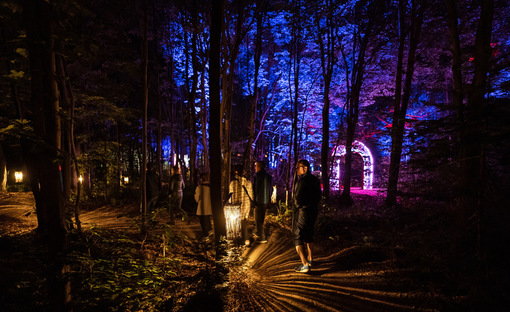 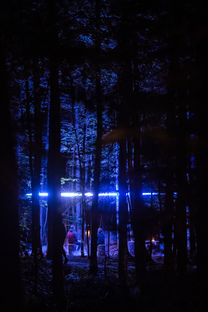 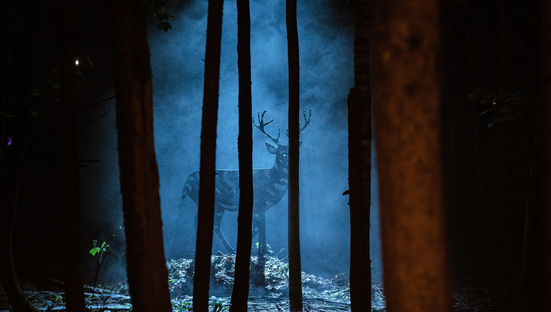 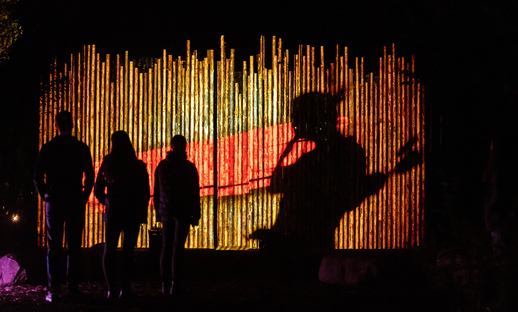 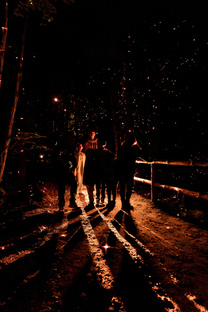