At a time when there is always talk of walls, borders, divisions and boundaries, the site-specific work “Long Division” by LeuWebb Project uses the fence as a starting point to consider how the land around Mississauga, the Bradley Museum of Ontario in Canada, has been occupied, settled and colonized. 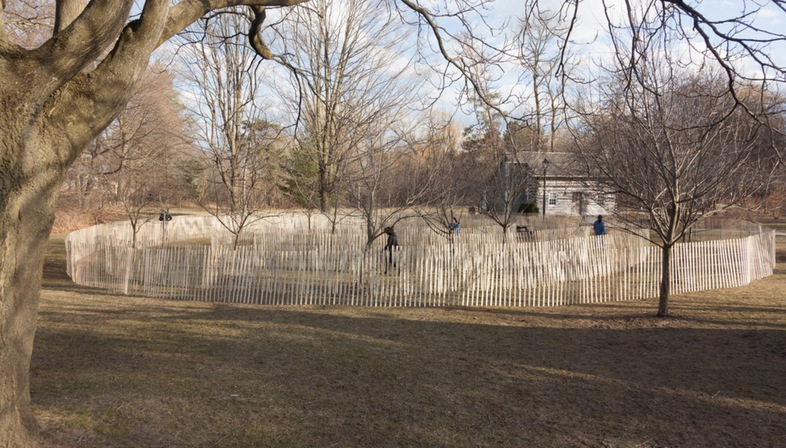 The topic of fences is very much on the agenda these days in the form of many artistic and architectural interventions that address the issue with different solutions, as demonstrated in recent days in Mexico. Three bright pink seesaws - the brainchild of two architecture professors - Ronald Rael and Virginia San Fratello - were fit into the wall of the U.S.-Mexico border one day last week, and allowed families on either side to come together and play. The installation went viral due to its massive visual impact that underscores how much an art project can influence public opinion.
In Canada - Mississauga to be exact - the Bradley Museum in Ontario commissioning  LeuWebb Projects, founded by Christine Leu and Alan Webb to address the theme of barriers. The creative duo is known for their work based on creating site-specific art that is not only seen but is also experienced. The term “site-specific art” was first used in the mid-1970s by young sculptors, such as Patricia Johanson, Dennis Oppenheim, and Athena Tacha, who had started executing public commissions for large urban sites. The idea was to respond to a clearly defined context.
Long Divison by LeuWebb Projects is a large outdoor installation set in the gardens of the 8,000-square-metre Bradley Museum. This museum is located on the edge of Lake Ontario, nestled in a 70-year old maple grove. The site has accessible nature trails and connects to the Waterfront Bike Trail. The Bradley Museum complex consists of four buildings, all designated Ontario Heritage sites.
The installation considers the fence as a marker for exclusion and the boundaries that are drawn around public and private spaces, circumscribing movement and subdividing the landscape. The land art installation features a series of loosely concentric rings with discrete openings, inviting participants to move within the layers of fencing, ultimately drawing people to the impenetrable centre ring. Looking both forward and backwards, LeuWebb’s ‘Long Division’ calls into question the site’s origins and settlement while looking to the fence to expand outward to the current and near-future ideas of nation and boundary It is an artwork that references the impenetrability of borders and the shifting relationships and attitudes toward the freedom of movement of migrants and refugees.
The artists further explain that this work “engages in a dialogue with the Bradley Museum site and adds a new critical layer that opens up questions about control, exclusion and inclusion, ultimately seeking to complicate the idea of fence through subverting its function and formal qualities, inviting the potential for play and participatory structural manipulations.”
The work was commissioned for the ‘Public Volumes’ exhibition, May 2019, curated by Noa Bronstein, and, in addition to LeuWebb Projects, including artists Joi T. Arcand, Germaine Koh, Morris Lum and others.
Christiane Bürklein 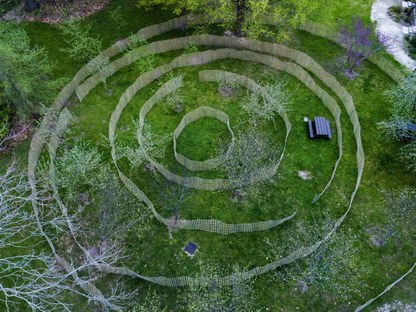 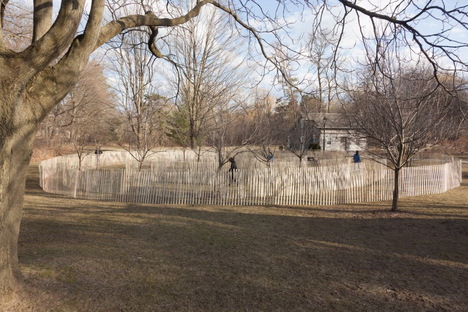 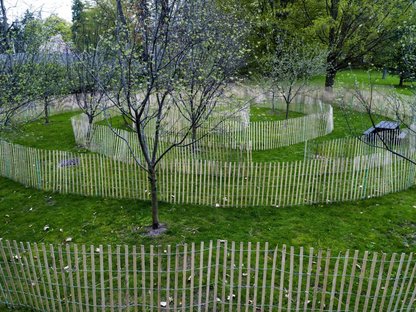 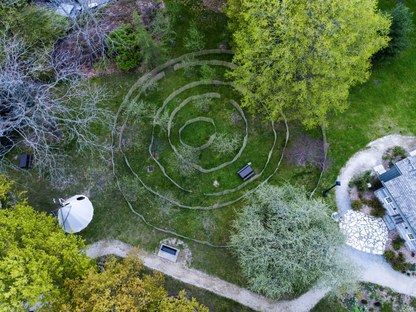 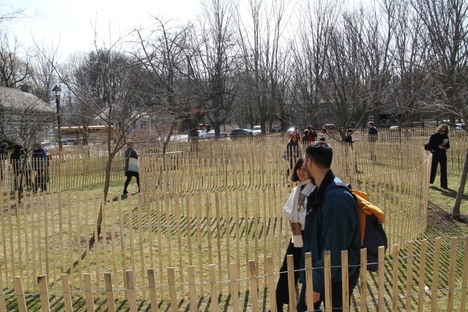 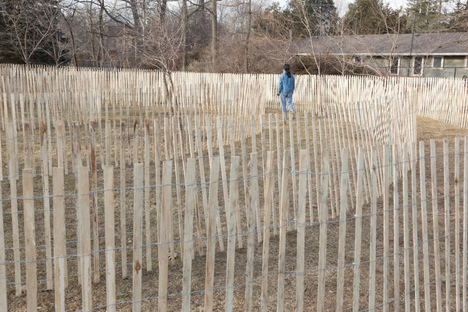 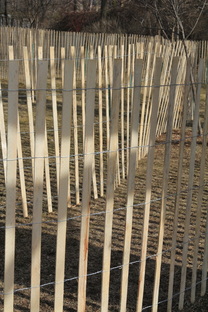 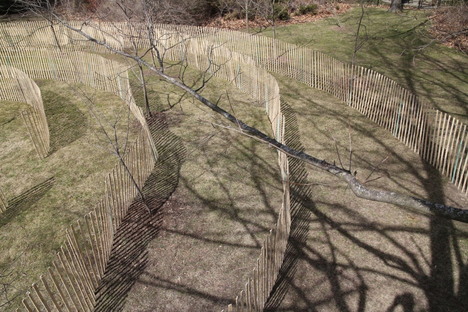 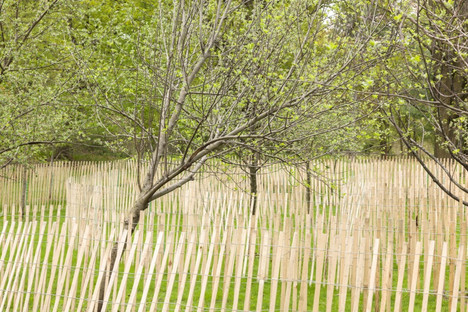 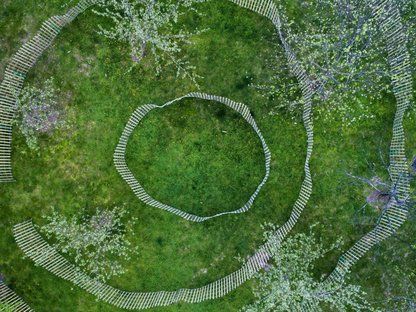 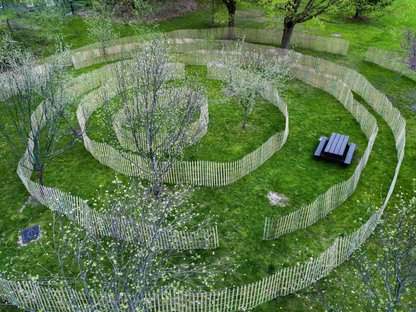 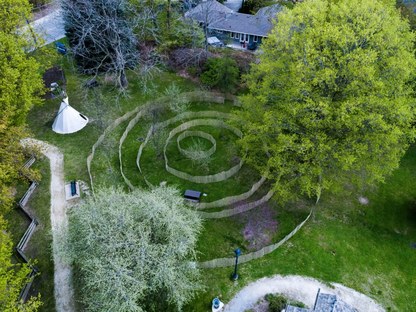