GEZA, expansion of a production facility

The designers from GEZA Gri e Zucchi Architettura srl, have completed the expansion of the production facility for Pratic, an Italian company based in Udine after they finished the first part in 2011. 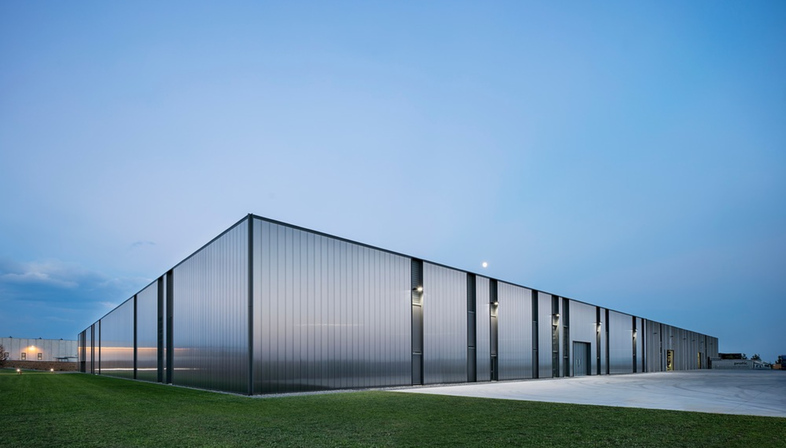 The designers from GEZA Gri e Zucchi Architettura srl, have completed the expansion of the production facility for Pratic, an Italian company based in Udine after they finished the first part in 2011. This architectural project fosters a connection between the facility and its surroundings, turning it into a real landmark.


Who said that industrial facilities have to be ugly? While it may be true for most of these nondescript containers, so often located on the outskirts of our cities where they tend to encroach into more rural areas, there are some excellent exceptions.
The headquarters of the Udine-based manufacturer, Pratic that designs and manufactures pergolas and awnings is a virtuous example of industrial architecture that respectfully observes the site it sits on and that very elegantly interacts with its surroundings. The first part was completed by GEZA Gri e Zucchi Architettura srl in 2011, and now the company needed to expand the facilities where it manufactures its solar shading systems.
In the same spirit as the original construction, GEZA has proposed a clever combination of industrial volumes and large open spaces. These production and management facilities connect with the landscape but make no attempt at all to disguise themselves: the spaces are designed with the aim of establishing a constant exchange between indoors and out.
This has made the building a standout visual and functional reference point in the context, a real landmark. Following in the footsteps of the existing production department built in 2011 (link), the extension of the Pratic facility is a rectangular building with an area of about 9000 square metres. It basically houses the same functions as the first building: a showroom, research and innovation workshops, production zones, painting and storage areas, as well as a breakout and wellness area for employees. The new building is distinguished by two simple elements - the recurrent pattern of the windows, which adds continuity to the existing facade, and the reflective skin, which makes the new volume dissolve into the sky. The austere, black first part seems to spring from the earth, rooting the building in place; the second lot is also black but the reflective and iridescent finish of the facade mirrors the landscape and reflects the light, creating colours that change endlessly with the time of day and with the weather.
The project by GEZA also includes the architectural design of the landscape and outdoor spaces. These areas are designed for relaxation, the pedestrian paths and parking lots are enclosed in the design of the “modified embankments” that add slopes whose gradients vary with respect to the main roads and access roads. This ensures that the project is clearly settled in the ground, highlighting the shape and conformity of the land. The building demonstrates that industrial architecture can bring added value to the landscape and really improve the quality of the workplace. It's a great opportunity to reconsider the relationship between architecture and nature, putting people back at the centre of it all. 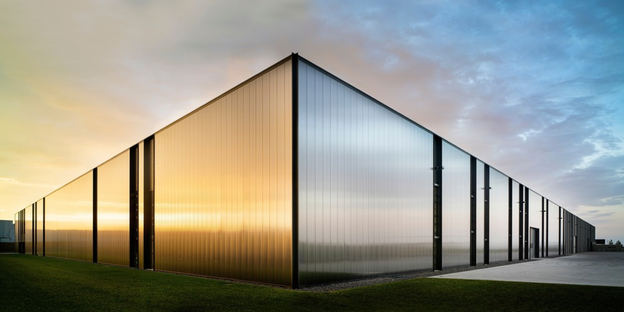 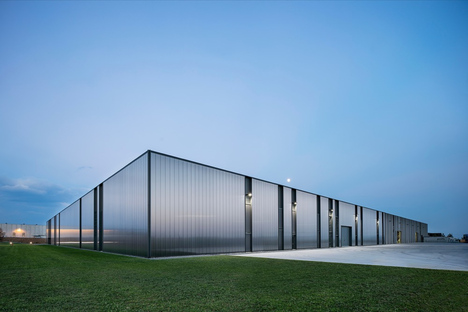 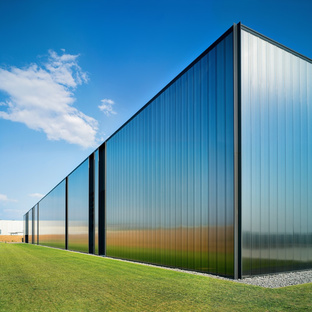 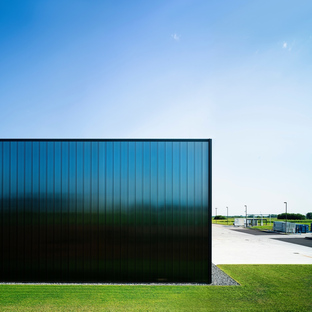 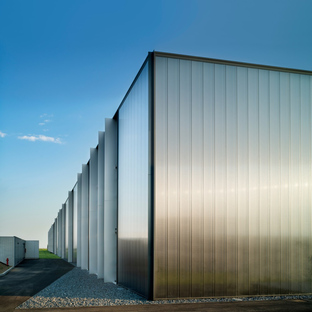 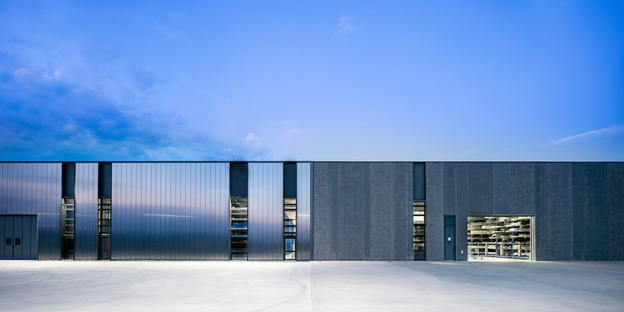 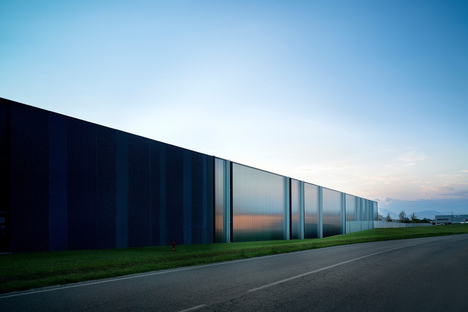 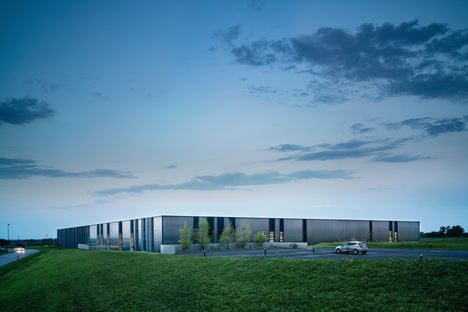 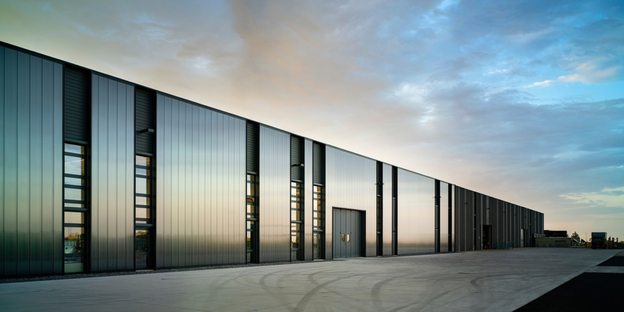 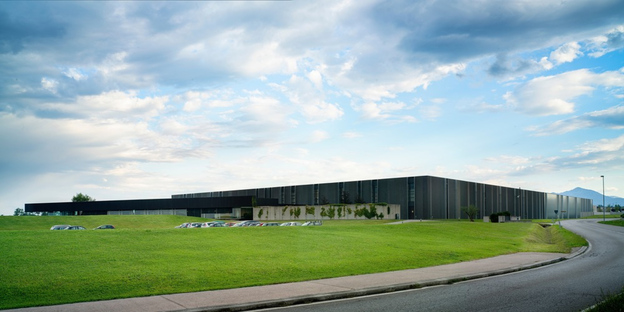 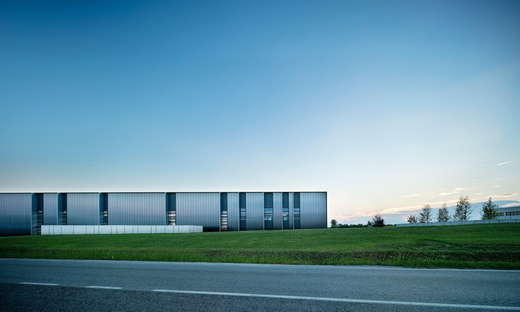 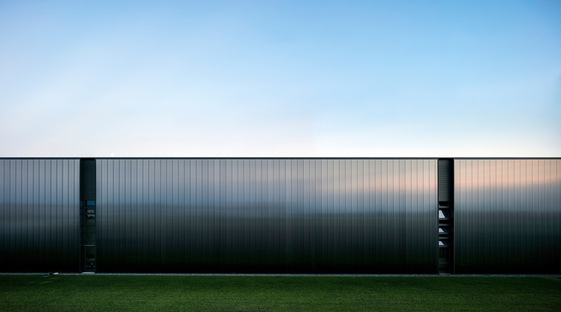 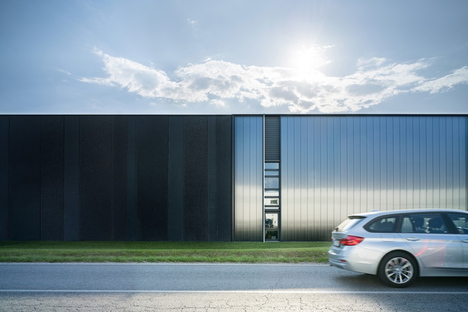 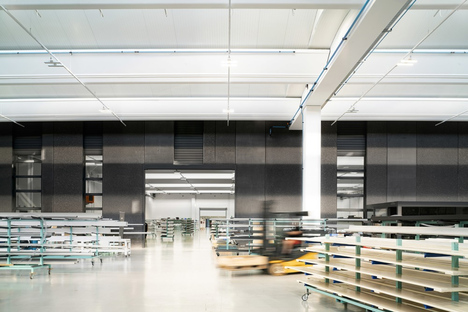 First certified passive house in Asia is by JPDA

Atelier Hoffman, redevelopment of a former industrial estate near Prague