Estonia: giving the forest a voice.

An interior design workshop in the middle of the forest? Well, yes, in Estonia you can, and the results are at the same surreal and spectacular in every sense of the word, with three structures in the forest that intensify the experience of nature. 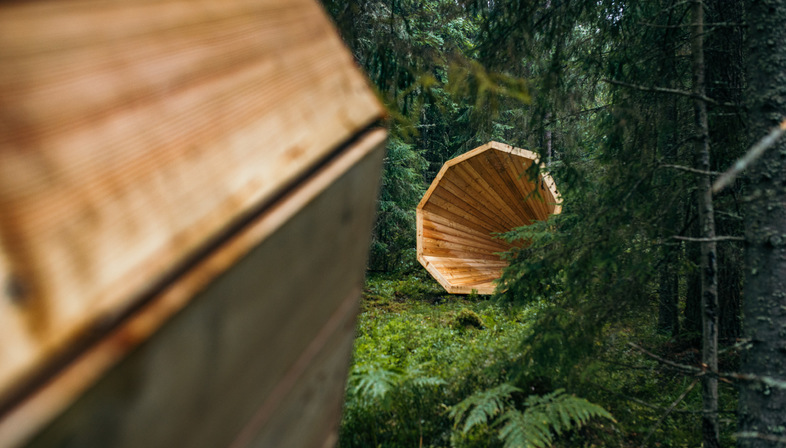 An interior design workshop in the middle of the forest? Well, yes, in Estonia you can, and the results are at the same surreal and spectacular in every sense of the word, with three structures in the forest that intensify the experience of nature. Just over 50% of Estonia is covered in forests, a natural environment boasting a range of hiking trails and set off by events organised by the Estonian Forest Management Centre (RMK) together with a number of institutions.
One of which was the interior design workshop of the Interior Architecture Department, Estonian Academy of Arts which began a year ago in the forests in southern Estonia and culminated a few weeks ago with the installation of three wooden structures built to look like giant megaphones. The project idea - whose visual impact is slightly mystifying - was developed and built by the group of students together with the interior architect, Hannes Praks and the design teams from b210 architects and Derelict Furniture. A truly fruitful collaboration leading to the construction of three small, multifunctional shelters whose cone-shaped trunks make them look a bit like the oversize caps of gnomes sitting on the moss green of the forest floor, ensuring that they harmoniously blend in with the natural environment. 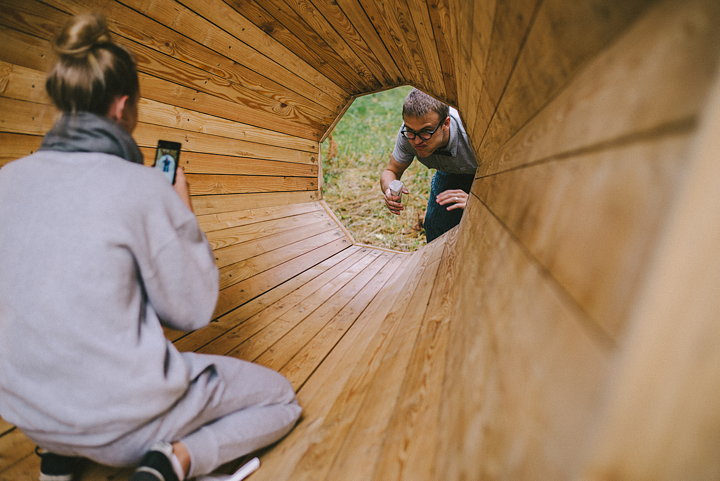 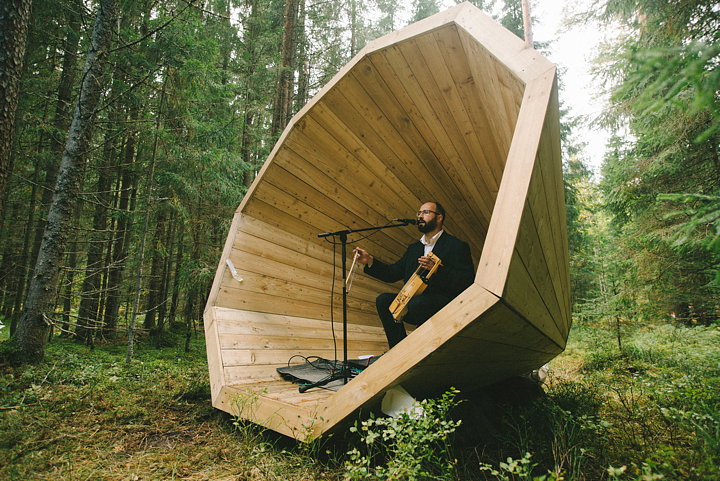 These constructions extend an invitation to explore, as you can clearly see in the photos, and they also spark the playful vein of visitors, in addition to stimulating contemplation of the forest itself. In truth, the megaphone shape amplifies the noises of the forest for people holed up here, even producing a surround-sound effect; the same shape also acts as a resonance chamber for music, as everyone at the opening ceremony was able to experience. Still, the acoustics were not left to chance, they were studied specifically by an engineer to maximise the sound effects, already enhanced by the selection of the material and by the orientation of the actual megaphones. 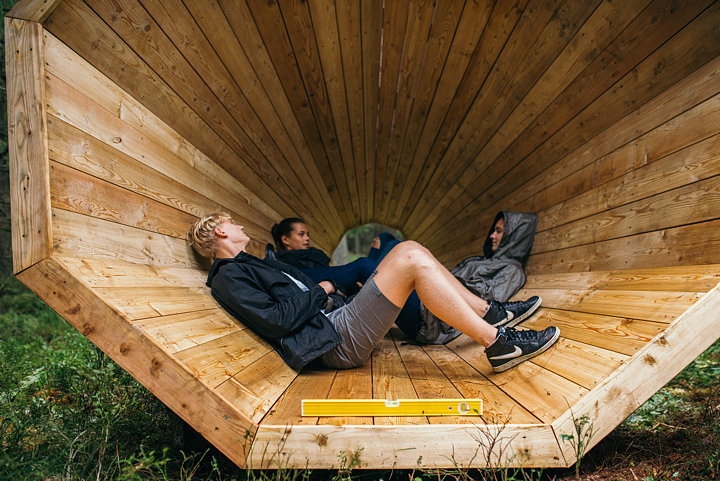 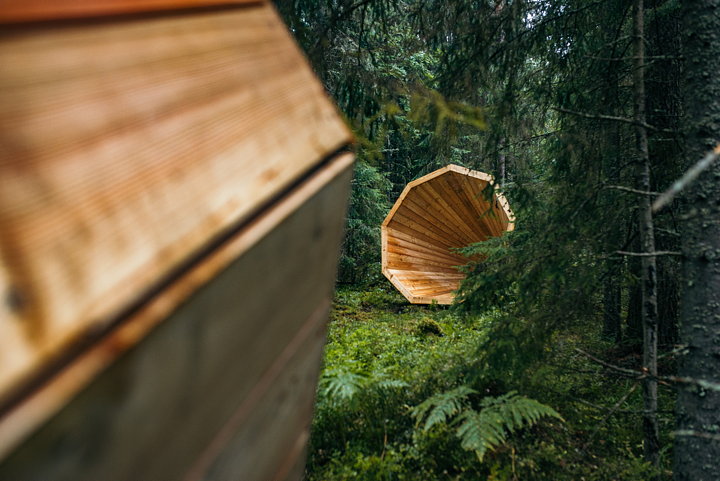 The project sets off the enchanting nature of this forest, but also the importance of how human know-how can create artistic tension to heighten the experience of the landscape. 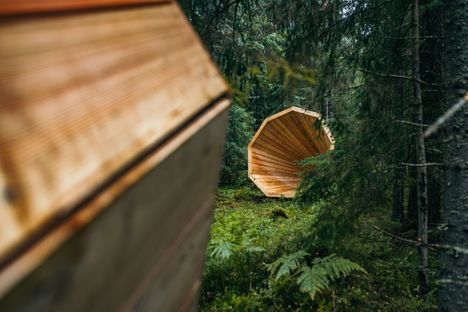 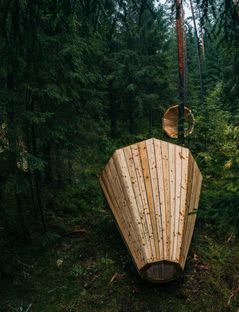 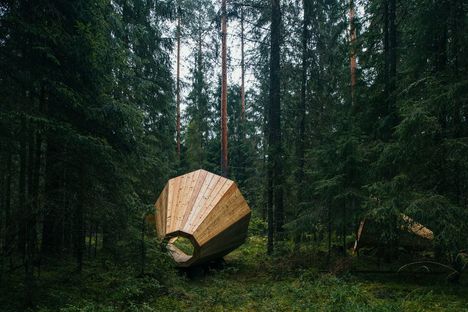 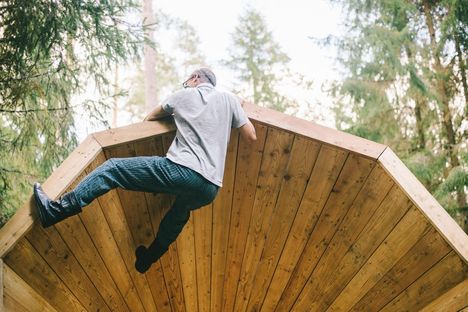 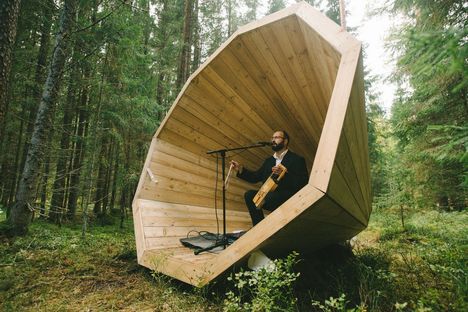 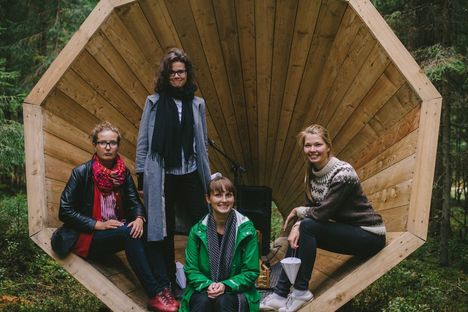 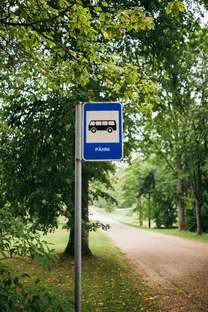 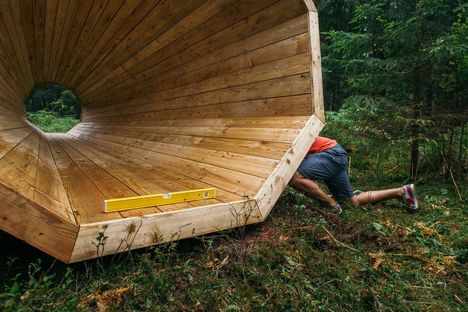 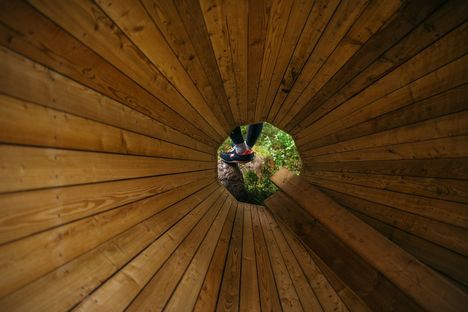 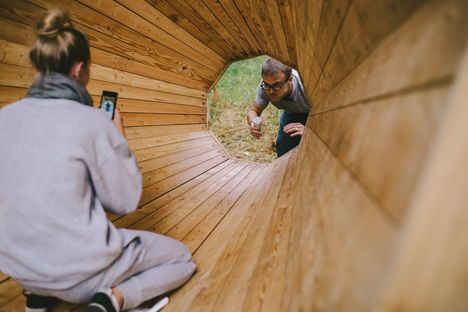 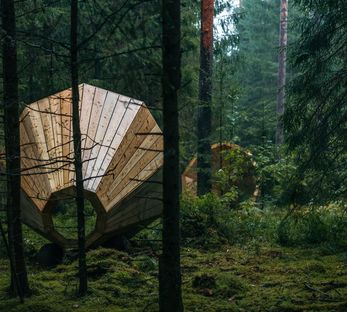