Entanglement, the Irish pavilion at the 17th Architecture Biennale in Venice

The 2021 Irish pavilion, Entanglement, at the 17th International Architecture Exhibition at the Biennale in Venice will explore the materiality of data and the interwoven human, environmental and cultural impacts of communication technologies, among the factors determining “How we will live together”. 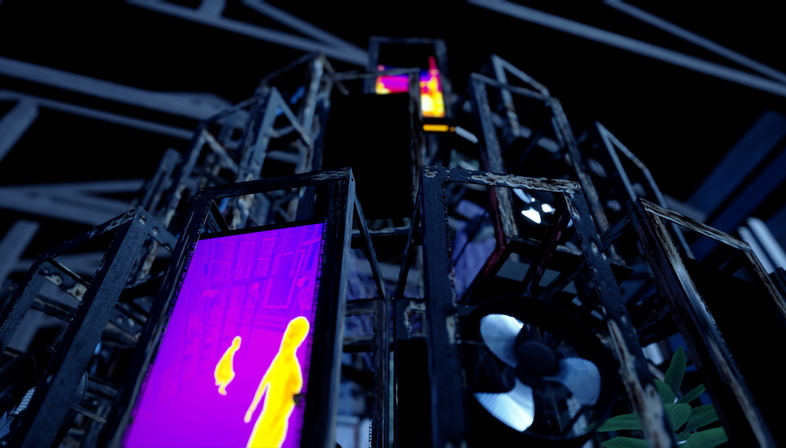 With just over two months to go before the opening of the 17th International Architecture Exhibition at the Biennale in Venice, we have already started to preview some of the pavilions, including the Nordic pavilion (link) offering a glimpse into the world of co-living.
Ireland will address a less tangible aspect of living together in its exhibition in the Arsenale. Entanglement will look at the impact of data production and consumption on the physical landscape, examining Ireland’s place in the pan-national evolution of data infrastructure; the name Entanglement is a reference to the complicated interaction between the digital sphere and actual physical territory.
Seen in this way, Entanglement represents an important aspect of the theme selected by the curators of the 2021 Architecture Biennale, How we will live together, promoting awareness of the material consequences of the global internet and cloud services, because this is all intimately interwoven with the Irish landscape and made manifest in the vast constellation of data centres, fibre optic networks and energy grids that has come to populate the country’s cities and suburbs in recent decades.
Ireland has historically played a key role in the evolution of global communications and data infrastructure, ever since the world’s first commercially successful transatlantic telegraph cable reached the west coast of Ireland in 1866. In 1901 the inventor of the radio, Guglielmo Marconi, transmitted some of the world’s first wireless radio messages from Ireland across the Atlantic to Newfoundland. Dublin has now passed London in importance as a European data centre, hosting 25% of all the server space available in Europe; data centres are expected to consume one third of Ireland’s total electricity demand by the year 2027.
The exhibition curated by architects, artists and urban planners’ collective Annex on the initiative of Culture Ireland in partnership with the Arts Council focuses on the thermodynamic processes characterising the production and distribution of information in connection with the production and distribution of heat. Artefacts are assembled in a campfire formation, referencing the primitive architectural space where early human civilisations formed their first alliances and built the primitive social networks that eventually led to the development of complex societies.
Entanglement invites the public to experience this thermal logic themselves with real-time thermographic imaging technologies juxtaposing key sites associated with data infrastructure in Ireland with traces of human activity in the Arsenale. This immersive world helps us understand “how a Facebook "Like" in Malaysia can trigger the emission of heat from a server on the outskirts of Dublin”, explain the curators. 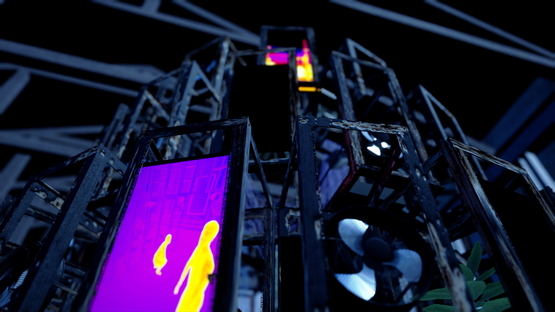 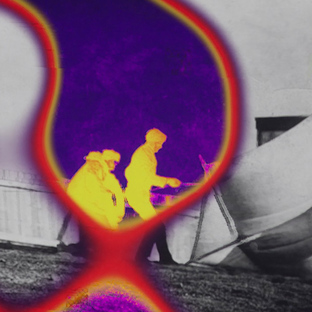 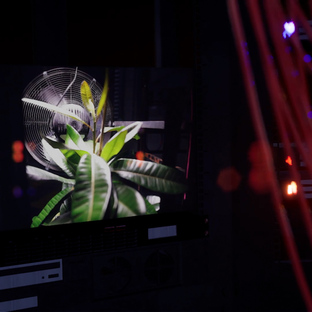 A Roof for Silence, Lebanese Pavilion at Biennale di Venezia