Originating from an architectural competition won by architecture firm Chevalier Morales with DMA architects, the Drummondville Library in Canada is a dynamic new space in the city centre, closely interacting with the context, the skating rink in particular. 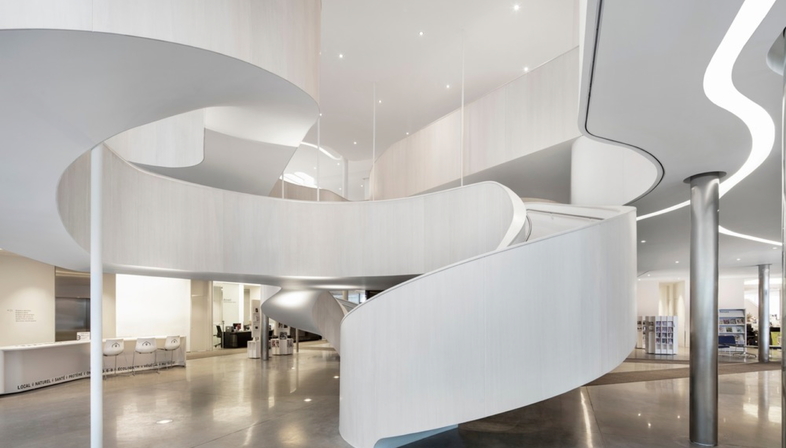 We’ve known for ages that in the digital age, the function of libraries goes beyond mere book lending. The Drummondville Library in Canada, about 105 km northeast of Montreal, the new structure designed for a competition by architecture firm Chevalier Morales with DMA architects is part of a large integrated civic complex within a park.
Since 1815, when the city was founded in by a garrison of soldiers-turned-farmers, the Saint-François River has been the main protagonist in the historical and cultural narrative of Drummondville and the central Quebec region This is thanks to a series of hydroelectric dams in the river, which enabled the city to develop its economy. Drummondville is now investing in the future again, and this includes the new library as the culmination of these efforts to develop the economy and as a dynamic civic space in the heart of the city centre.
The main objective was to use this architecture project as a catalyst to reverse the growing isolation the site was facing as it was becoming cut off from Lindsay Street, the city’s main commercial and pedestrian avenue. To address this problem, the architects used the power line axis crossing the site as a reference to organise the various elements of the project: the main library building to the east and the skating rink and its accessory building are on the west side of the power line. A public space on the street can be used for seasonal events.
In developing the project, the team formed of Chevalier Morales and DMA architects were also attentive to the lighting of the site, paying tribute to the history of Drummondville and its electricity production. So they included elements such as an electric meadow in the Jardin des Voltigeurs, a series of light points along the power line and the walkway leading to Lindsay Street, and by installing illuminated soffits under the building’s overhang.
The layout of the library and other programming elements, such as the Drummondville Historic Society and the Arts and Culture and Immigration Department is untraditional because the architects decided that people should be able to enter the site freely, as you would a shopping centre or a train station. So they included a café as well as a multipurpose area that could also be used outside the library’s opening hours.  The vertical circulation unfolds in the impressive double-height space: a grand sculptural staircase composed of two off-centred helical stairs, which open several vantage points onto the library, the exhibition areas and the garden adjacent to the periodical reading room. The intermediate landing of this staircase can be used to showcase collections and gives visitors a place to pause or change direction, reinforcing the idea of free circulation.
Chevalier Morales also focused heavily on the building envelope that boosts the building’s energy efficiency and includes references to the local culture and history. The blue-tinted iron slag residue is reminiscent of the first heavy industry in Drummondville, while the milky appearance of the panels refers to ice, and it is all softened by the warmth of the wood inside.
The Drummondville Library by Chevalier Morales transposes the historical, cultural and poetic essence of the region into a studied urban and architectural composition.  A project that won the firm the 2019 Grand Prix of Excellence awarded by the Architects Association of Québec. 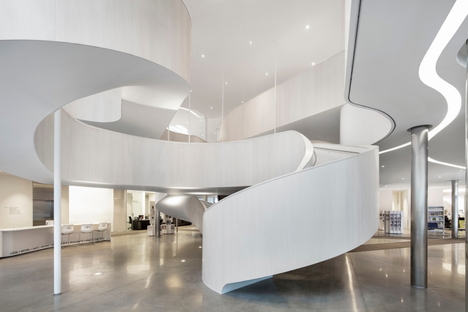 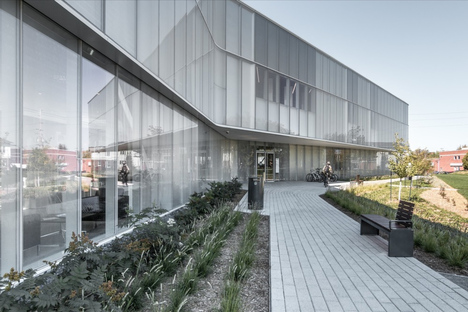 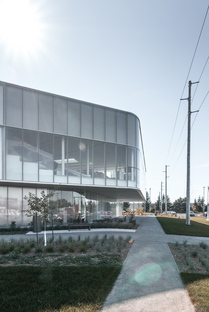 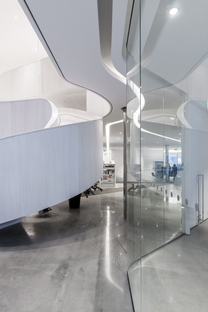 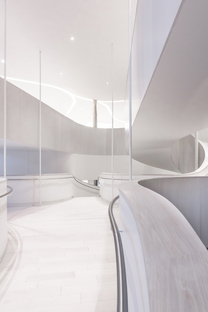 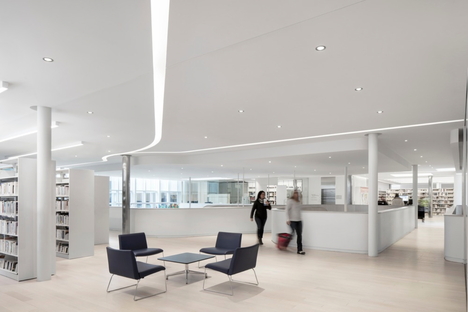 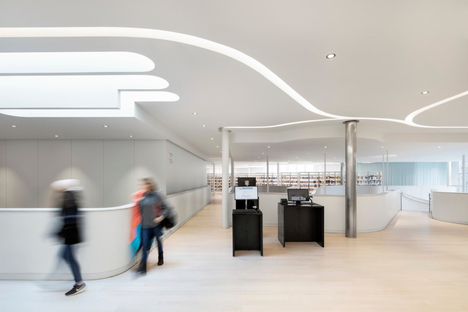 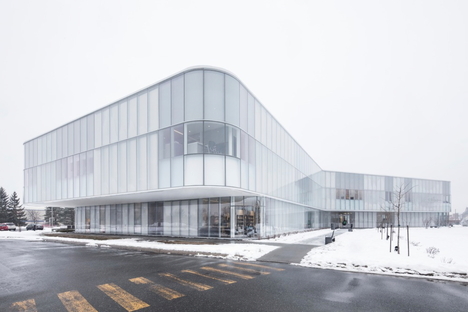 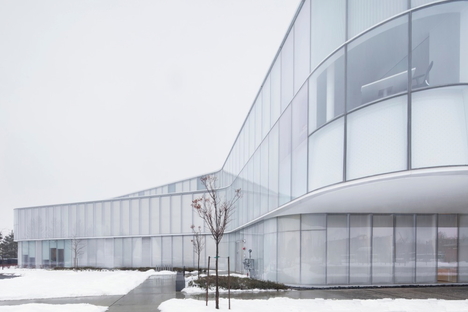 A veterinary clinic in Montreal by TBA/Thomas Balaban Architecte

A living wall in the house renovated by naturehumaine