In these times of the Extinction Rebellion and Climate Emergency narrative, it is increasingly important to disseminate knowledge about the ecosystems of our planet Earth. 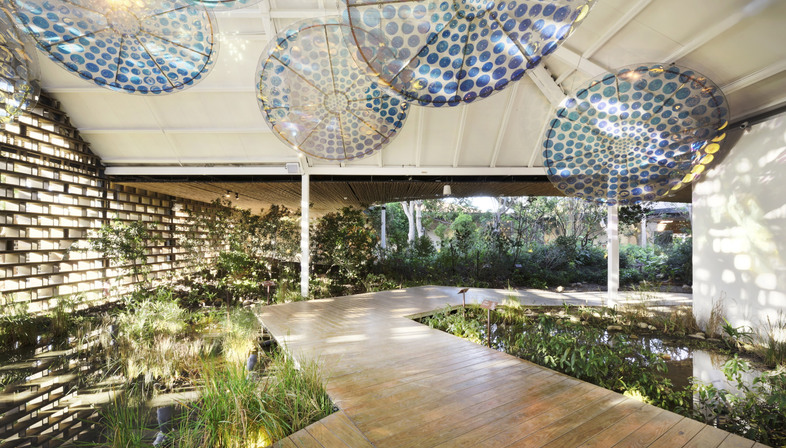 In these times of the Extinction Rebellion and Climate Emergency narrative, it is increasingly important to disseminate knowledge about the ecosystems of our planet Earth. The creatives from Taipei-based firm Cogitoimage have created a visually standout installation at the 2018-19 Taichung World Flora Exposition. The installation represents the biodiversity of the Dajia River in Taiwan.


Taichung, one of Taiwan’s biggest cities has prioritised the natural environment and landscape as a focus of interest by hosting the 2018 Taichung World Flora Expo. The horticultural Expo’s core theme is "Discover GNP" with G standing for Green, N for Nature and P for People. The Taichung Expo courageously redefines GNP as a new indicator of the harmonious value of Green (green production), Nature (ecosystem) and People (humanity).
This forms the backdrop for the Discovery Pavilion, created by the multidisciplinary team of Cogitoimage, an international branding company with bases in Taipei, Shanghai, Singapore, Japan and Germany. The Discovery Pavilion explores the Dajia River, one of Taiwan’s longest waterways. Dajia River is located in north-central Taiwan and originates from Nanhu Mountain at an altitude of 3886 metres asl. It travels for 124 km before emptying into the Taiwan Strait at Taichung. Its estuary, the Gaomei Wetlands is a protected zone of 734 hectares whose ecosystem is home to more than 135 bird species, some of which are migratory, and a rich variety of other unusual flora and fauna.
The pavilion gives visitors the opportunity to move along an exhibition path that explores the Dajia River through a spatial narrative divided into nine sections. Aware of the importance of a direct, active experience the Cogitoimage team designed Discovery Pavilion to immerse visitors in the riverscape, based on the theory of Edward Osborne Wilson, known as the Father of Biodiversity. In 2016, E. O. Wilson proposed an initiative that called for humans to designate half of the earth’s surface to a human-free natural reserve to preserve the biodiversity of our planet and the world’s species, including humans so we could avoid extinction. Wilson’s “Half-Earth” concept is based on two key points. On the one hand, we need to be aware that humans are not the only masters and inhabitants of the earth. On the other hand, we need to work out how to reserve more spaces for the other inhabitants of this earth, i.e. the flora and fauna in the ecosystem essential to our very survival.
With this in mind, the creatives of Cogitoimage examined the theme of “Half-Earth” theme, reinterpreting the Dajia River ecosystem in the limited space of the pavilion. They transformed the natural landscape into immersive artworks, including sculptures and multimedia. This way, the creatives convey the biodiversity of this unique ecosystem whose preservation is fundamental for the island of Taiwan. At the same time, they draw the public’s attention to the need to live harmoniously with nature, and they’ve done all this using recovered and recycled materials to minimise the environmental impact of the installation itself. 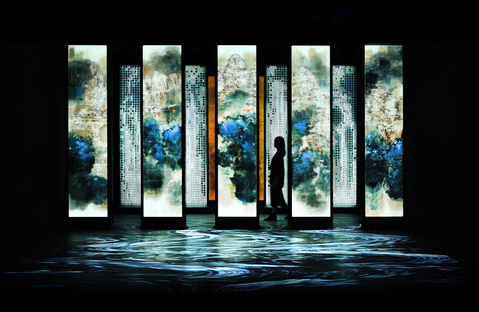 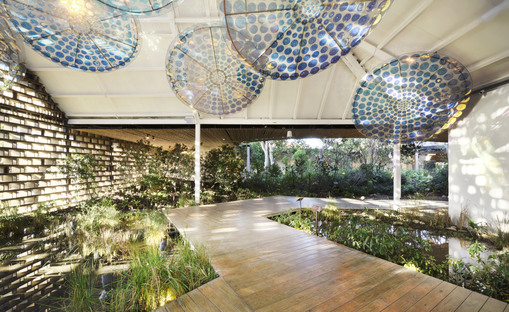 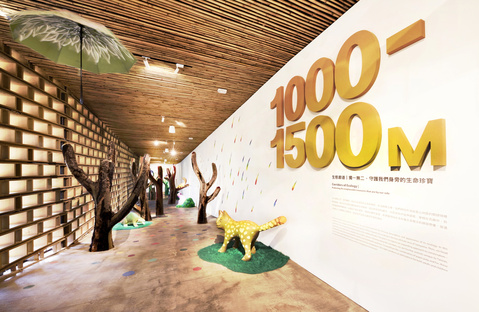 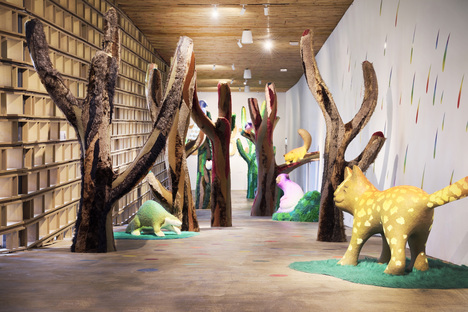 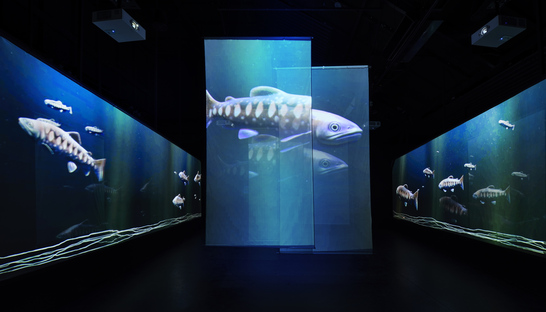 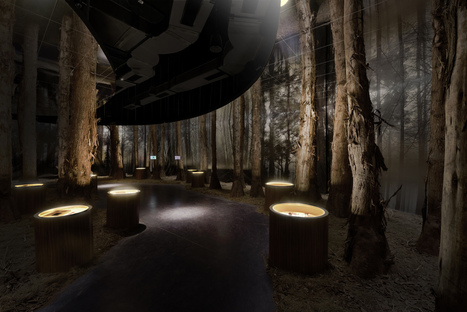 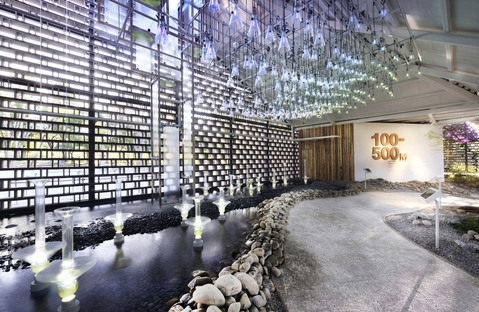 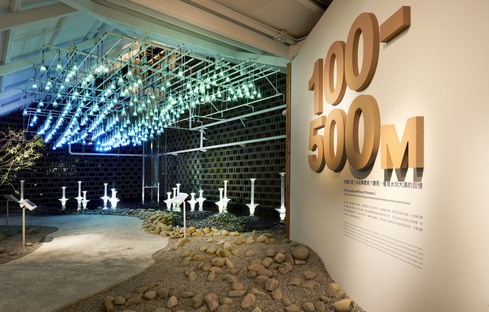 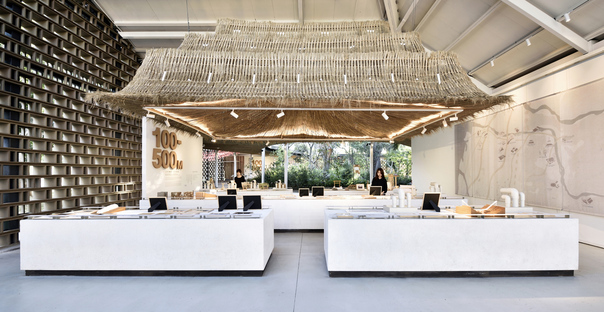 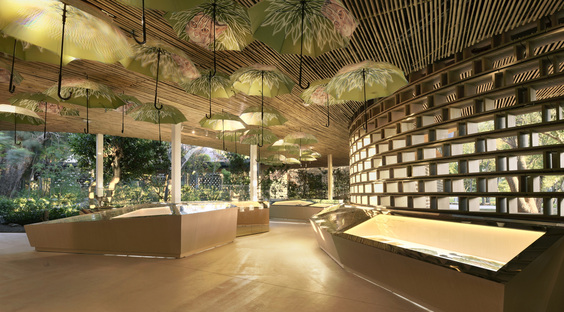