Bima, the micro-library by SHAU in Indonesia

What do ice-cream tubs have to do with literacy levels? They become an integral element of the Bima micro-library designed by the SHAU architecture studio in the Bima district of Bandung on the island of Java, Indonesia as part of its “100 Micro-libraries” programme. 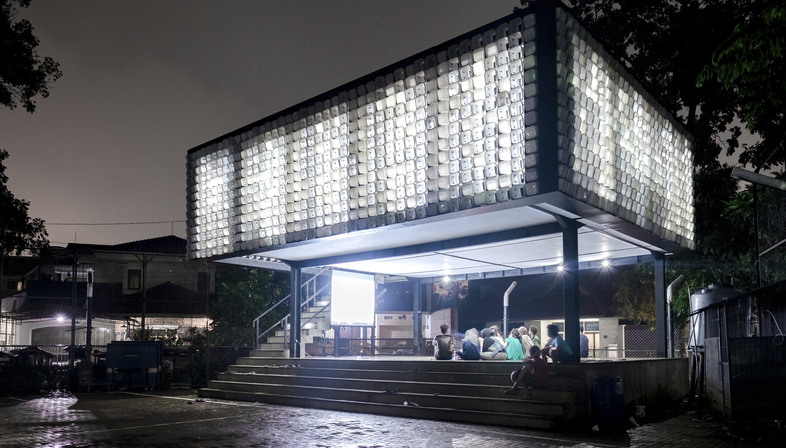 What do ice-cream tubs have to do with literacy levels? They become an integral element of the Bima micro-library designed by the SHAU architecture studio in the Bima district of Bandung on the island of Java, Indonesia as part of its “100 Micro-libraries” programme.


The economic progress of a country, in this case, Indonesia, the archipelago nation that is home to more than 255 million people - the fourth most populated nation in the world - doesn't always go hand in hand with the human development index. Which motivated SHAU to build some decentralised “micro-libraries” that facilitate and encourage learning in less privileged areas.
The Taman Bima neighbourhood in Bandung has a plaza with a small stage, a long-established meeting point for the community. The perfect place for multi award-winning studio SHAU - committed to using architecture as a driver for community development - to build the first prototype of their envisioned “100 micro-libraries” that could also be exported across the Indonesian border.
They integrated the existing stage by elevating the new library so it forms a kind of roof over the stage, which can now be used even if it rains. Which is already great but the real showpiece of this project are the facades. The SHAU team originally thought of using the ubiquitous white jerry cans to fill the steel framework of the new volume. But they couldn't source enough of them for their needs so they opted for 2000 used ice-cream tubs. Local craftsmen punched out some of the bottoms to enable air to pass through and others were positioned on their sides or left intact. This gives the library natural ventilation and a lantern effect at night but it also adds something special: because the tubs looked like ones and zeroes, the SHAU designers immediately thought of using them to embed a message in binary code.
The mayor Ridwan Kamil coined the phrase “buku adalah jendela dunia”, meaning “Books are the windows to the world”. The locals - children and teenagers, in particular - are really pleased with the new Bima micro-library, and other initiatives are being rolled out with the end goal of enabling the community to manage the library on its own.
The jury and general public of the Architizer A+ Awards also appreciated the project by SHAU, which was the “Jury and Popular Choice Winner” for 2017. 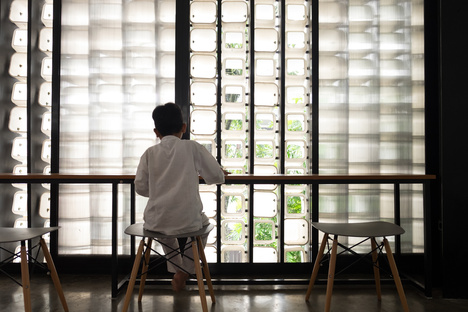 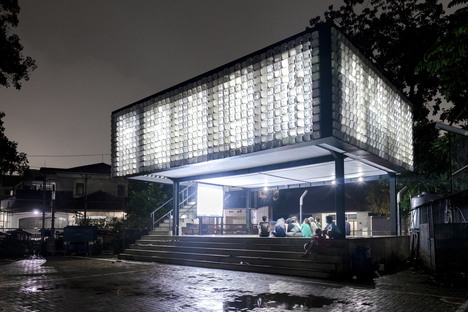 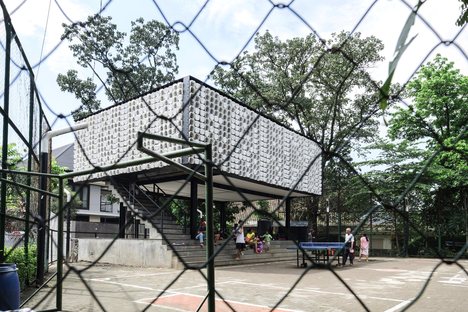 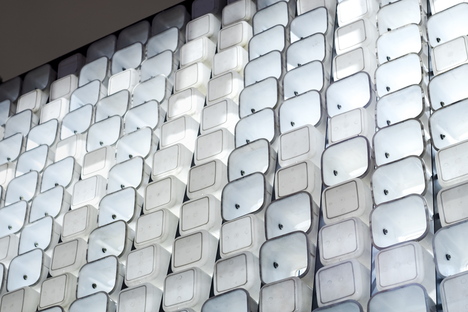 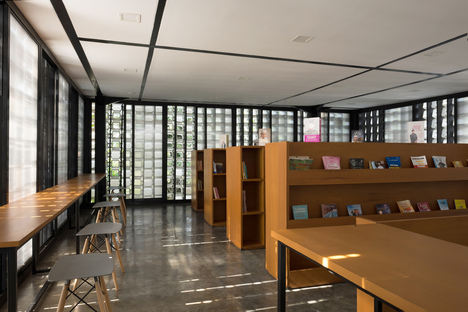 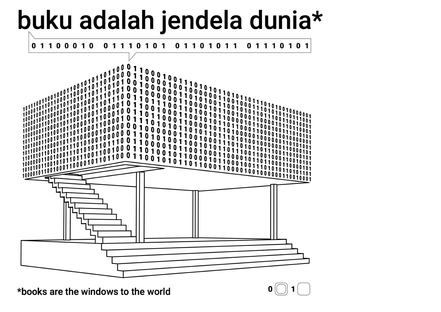 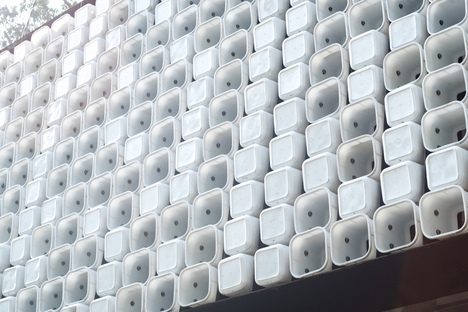 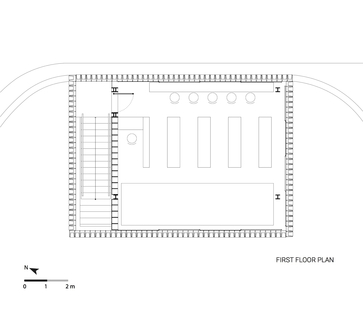 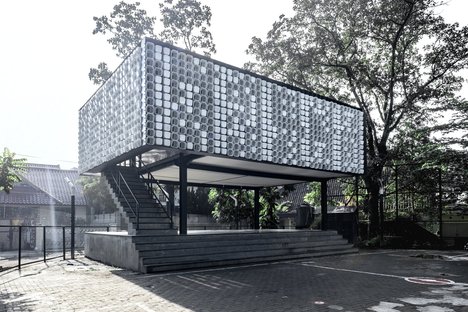 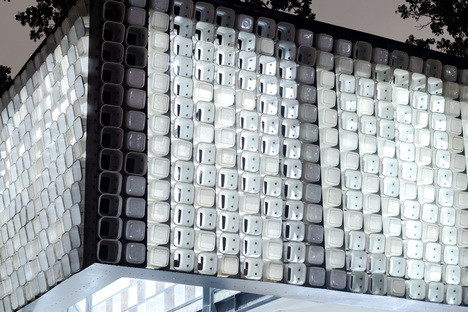 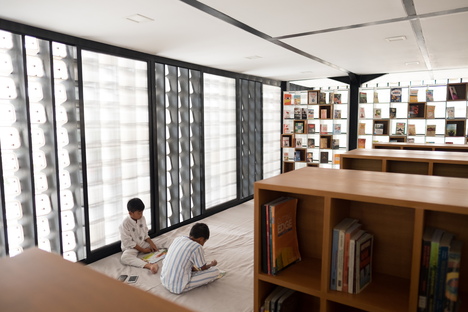 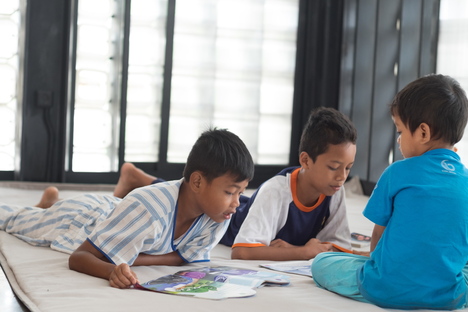 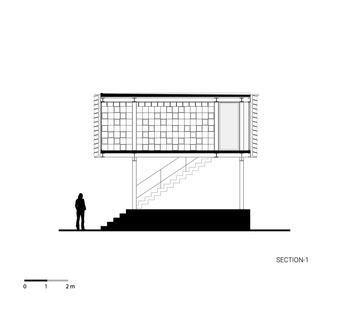 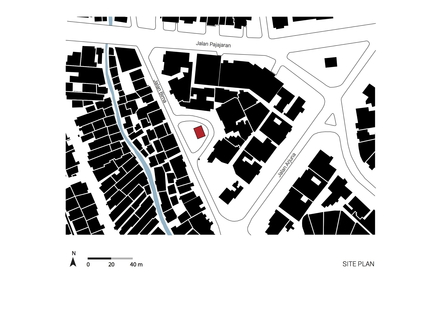 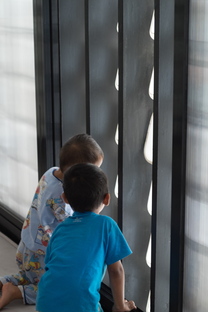 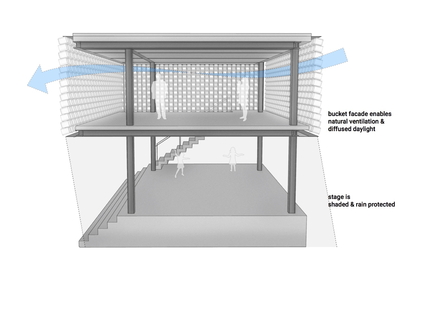