The first wooden house of worship built after the great fire in London in 1666 is a small chapel designed by Spheron Architects for the Belarusian community in North London to commemorate the victims of the Chernobyl nuclear disaster. This intimate, inviting architecture is a thoughtful blend of traditional and contemporary design. 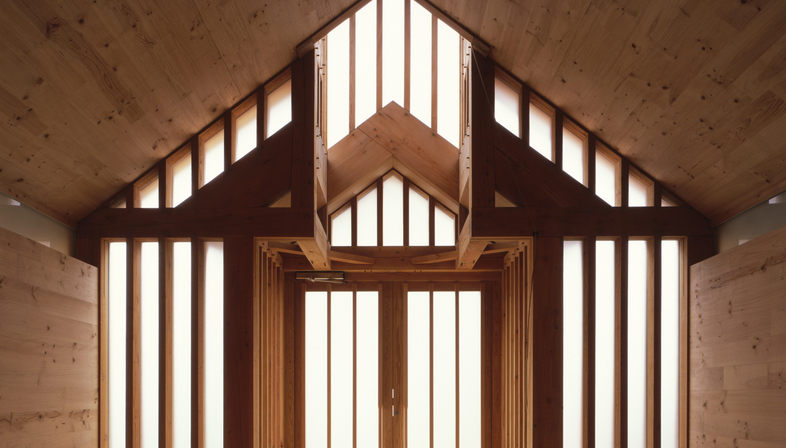 There is a vast, vibrant Belarusian community in London, especially in the north of the city. Part of this is a direct result of the tragic nuclear accidents at Chernobyl in 1986, which displaced thousands of people, forcing many Belarusians to expatriate to countries like the UK. Because even though the reactor is in Ukraine, almost 25% of the Belarusian territory and 20% of its population suffered in the aftermath of the disaster, as 70% of the radioactive fallout fell on Southern Belarus. The worse thing for this country whose livelihood was traditionally based on agriculture was the loss of arable land. One-tenth of the farmland in Belarus was contaminated.
The young firm, Spheron Architects, was commissioned by the Holy See of Rome to commemorate the thirtieth anniversary of this nuclear disaster. Their response draws inspiration from the rural wooden churches in Belarus and aims to combine traditional architectural language with contemporary building technologies and concepts. The materials palette used for this small, 70-square-metre building was restricted to wood and glass to reflect the austere and tranquil beauty of traditional wooden churches. This decision was made after Spheron Architects director Tszwai So spent time in Belarus researching the design of traditional churches, including those abandoned following the Chernobyl nuclear disaster.
For Spheron Architects, the primary purpose of a memorial of this kind is the creation of an “emotionalist” architecture, where the architect steps back to allow visitors to find their own way of remembering. This is an intrinsically empathetic approach, far removed from the craving to be the centre of attention that we often see in memorials, where many designers seem more interested in the visual impact than in the emotional impact of the people the memorials target.
The smart, thoughtful combination of traditional Belarusian and contemporary design is saturated in Belarusian historical and cultural symbolism, while also firmly embedded in its urban surroundings. A dynamic to-and-fro that is enhanced by the small, tree-lined garden surrounding the place of worship.
The chapel was designed around the principles of sustainability and inclusion. It has been fitted with an energy-saving heating system and is equipped with a special ramp for people on wheelchairs.
This attention accorded to emotions by the young, London-based firm has been internationally recognised. The Belarus Memorial Chapel was named the “Religious Building of the Year” at the World Architecture Festival (WAF) in Amsterdam in 2018 and was nominated for the EU Prize in Contemporary Architecture - Mies Van der Rohe Award 2019, the highest accolade in European Architecture. We can enjoy these same sensations thanks to the great photos taken by the famous architecture photographer, Hélène Binet.
In the podcast of Floornature, AllGoodVibes, Tszwai So explains the notions of emotionalism as an architecture current that is not so much a style as an approach by the architect. A mindset that responds to the desire for authentic relations at a time when our world is becoming increasingly virtual, where algorithms influence both our social sphere and the built environment. 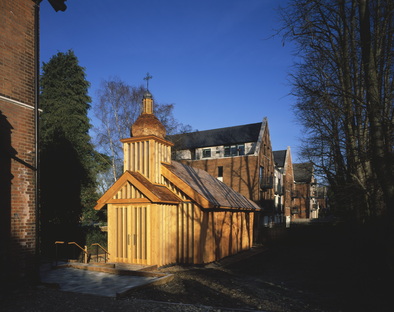 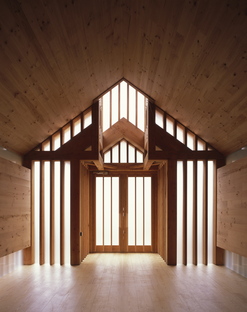 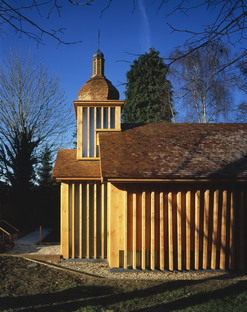 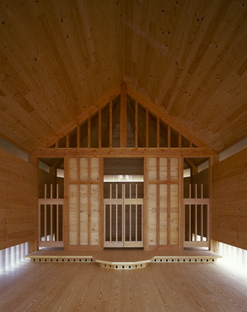 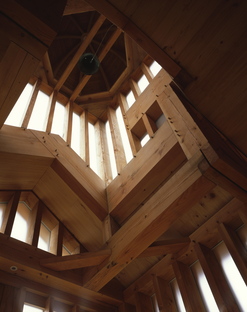 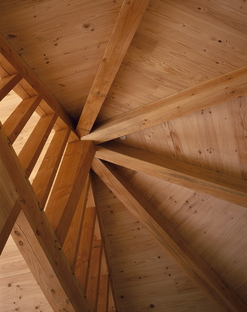 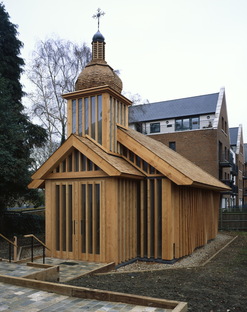 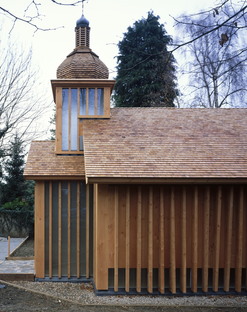 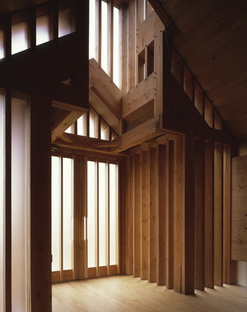 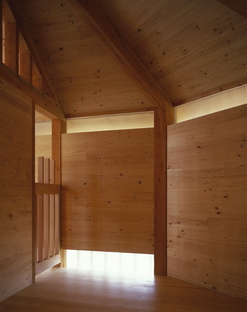 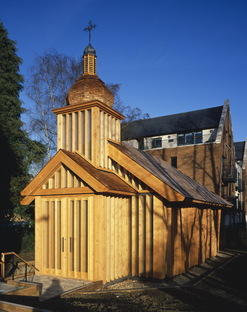 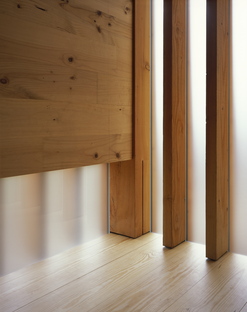 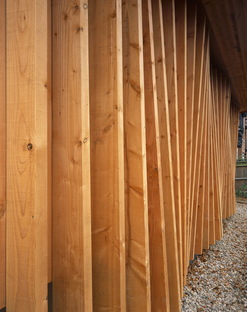 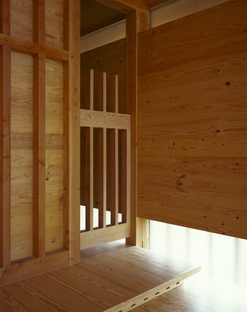