Atelier Hoffman, redevelopment of a former industrial estate near Prague

The architects from Czech firm Atelier Hoffman are behind this original conversion of an industrial building as part of the redevelopment of an old screw factory on the Vltava river, not far from Prague to craft a new, multifunctional space. 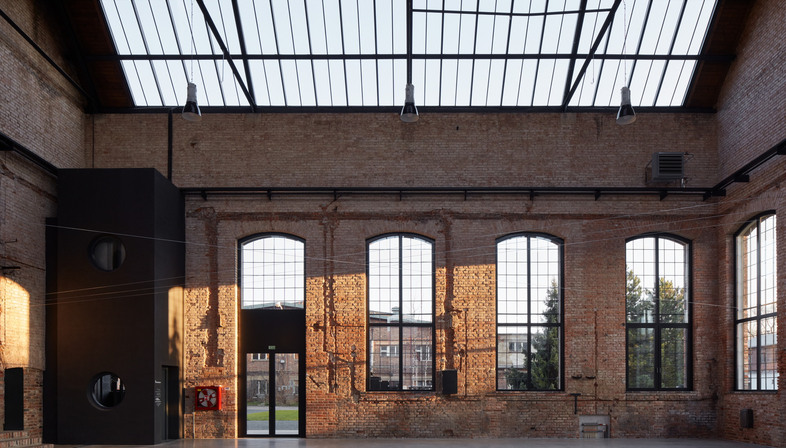 The architects from Czech firm Atelier Hoffman are behind this original conversion of an industrial building as part of the redevelopment of an old screw factory on the Vltava river, not far from Prague to craft a new, multifunctional space.


Conserving and repurposing industrial buildings always lays the grounds to make the most of the fine old and strong examples of architecture to adapt them for new uses, at the same time keeping down the environmental impact of the intervention. This is the case of Kotelna, the latest work of the architects from Atelier Hoffman in the former industrial area of ŠROUBÁRNA (Screw Factory) in Libčice nad Vltavou near Prague. For almost 150 years, this factory was where screws and wires were produced with great know-how and artisan expertise, providing 1600 people with jobs and place to live. Now, fewer than a hundred residents remain.
The many political and economic changes of recent decades mean that only some of the plants are still operating, and now the idea is to gradually redevelop the area, focusing in particular on preserving and driving traditional crafts and local industry.
The boiler house by Atelier Hoffman is located next to the already revamped coal-grinding mill, which it was connected to for operational reasons. The buildings in question are some of the oldest parts of the industrial estate and help to create its prevailing character. The oldest northern part of the boiler house with wooden trusses was built around 1880, and the new part was added in 1921. After 1991, the buildings were used for storage and a garage, then they were completely abandoned in 2001 and fell into disrepair.
Hence the architects' decision to preserve the building, stripping back all the layers of the past to restore its original industrial character, so that its historical function remains clear even after the renovation. So, the building's basic shape, its structural frame and volume remain largely unchanged, and the cladding was restored using original bricks.
In their redevelopment, Atelier Hoffman also carried out landscaping works, building paved roads and planting trees and lawns so the estate would be more resilient, particularly in view of the fact that it was hit by a flood in 2002. The future use of the building - a multifunctional showroom for cultural, corporate and social events - was defined from the outset and the goal is for it to become the heart of the future arts and cultural district in a symbiotic relationship with traditional crafts and technological innovations.
For the next stage, the architects are planning to integrate the railway siding into the estate's transport system and to turn the existing pipeline bridge into a scenic track for walkers, connecting the renovated parts with the still undeveloped area in the northern corner of the brownfield. 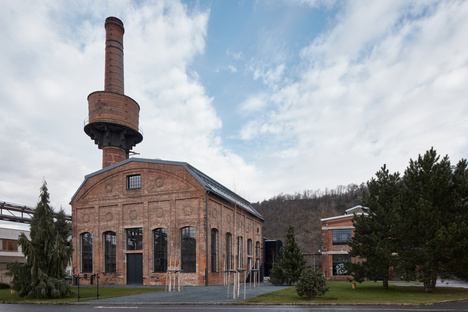 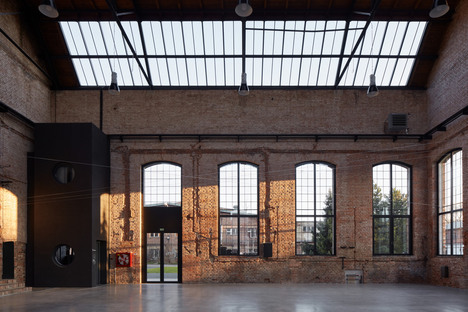 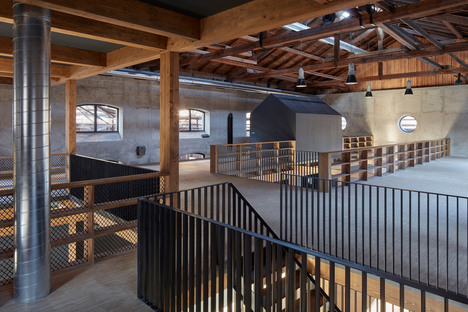 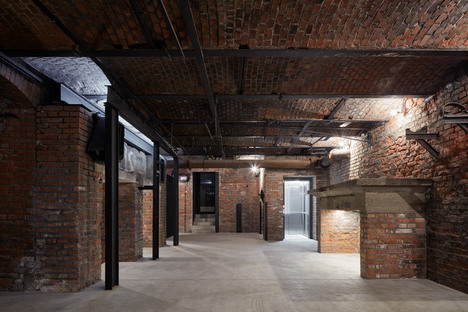 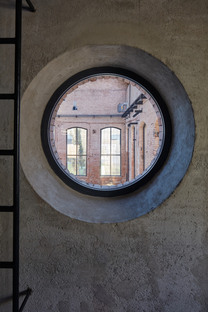 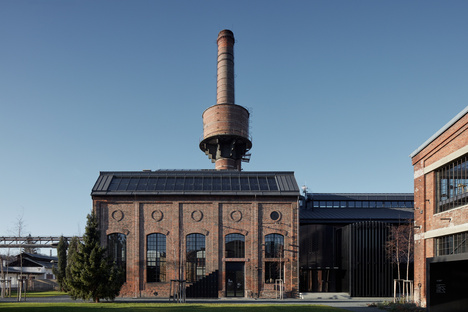 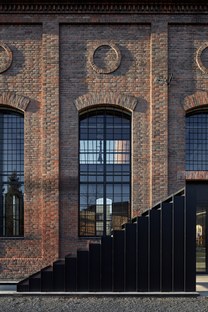 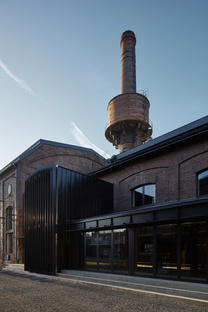 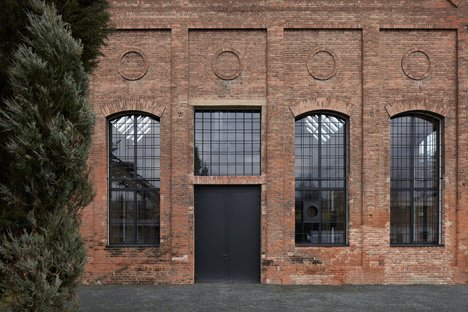 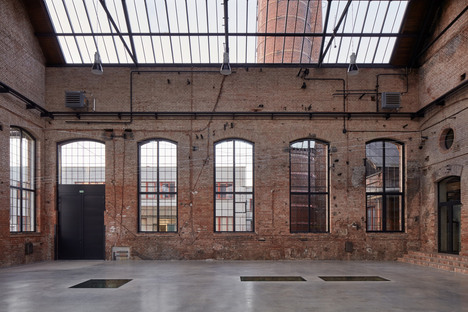 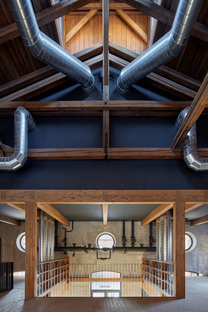 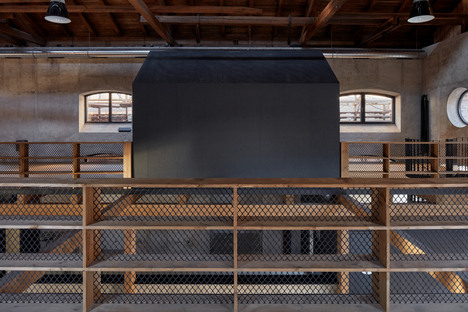 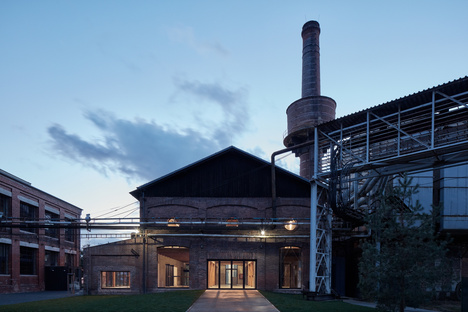 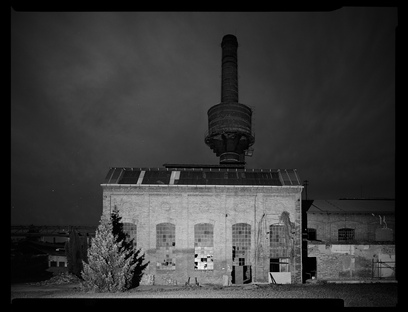