Museo Atlántico opened a few days ago in Lanzarote, Spain. 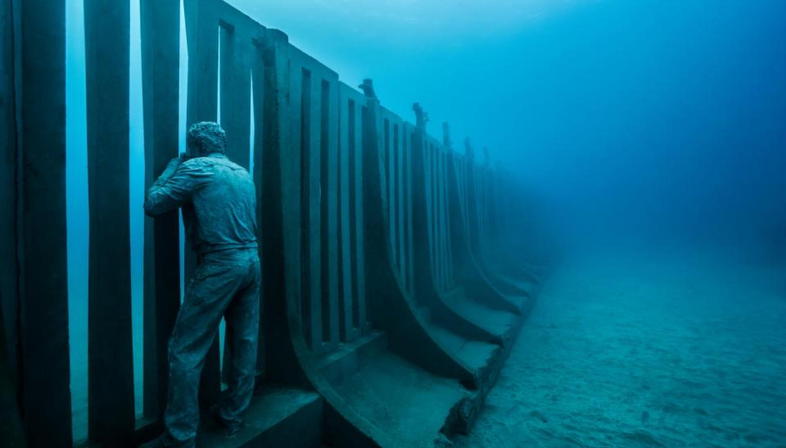 Museo Atlántico opened a few days ago in Lanzarote, Spain. This underwater museum was crafted by artist and environmentalist Jason deCaires-Taylor on the sea bottom, with 300+ artworks spread across twelve installations, for the first time including large-scale architectural works.


The artworks of famous underwater sculptor Jason deCaires-Taylor have always had a very close relationship with water, essential to our survival. Our readers will remember “The Rising Tide” a 2015 installation of four horsemen in the Thames river, London
Museo Atlántico is located on the southern coast of the island of Lanzarote, Spain, 12 metres down, in the bay of Las Coloradas, selected because of the properties of the sea floor; the museum covers an area of 2500 square metres and scuba divers will have access to it. The artistic operation is based on an issue dear to the heart of the artist Jason deCaires-Taylor - protecting the oceans. The fact is that over the years, his pH neutral concrete sculptures are tailored to create an artificial reef, a marine habitat for local fauna.
Jason deCaires-Taylor has completed the Museo Atlántico with two large-scale installations: “Crossing the Rubicon” is a set of 35 figures walking  towards a 30-metre long and 4-metre high underwater wall and entrance, a boundary between two realities and a portal to the Atlantic Ocean. The work is intended to be a monument to the absurdity of the concept of borders in the natural world and the title references the fact that we are hurtling towards a point of no return for our planet.
“The Human Gyre” is the last exhibit in the museum and it consists of 200+ life-size human figures from models of all ages, creating a vast circular formation for marine life to inhabit. Despite our sense of superiority, we evolved from marine life, and the ocean is clearly important to us; as such we need to appreciate the importance of environmental protection. In the case of Museo Atlántico, officially inaugurated on 10 January 2017, thanks to the sculptures by Jason deCaires-Taylor, also known as the Jacques Cousteau of artists 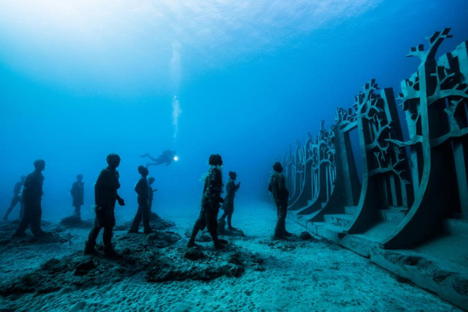 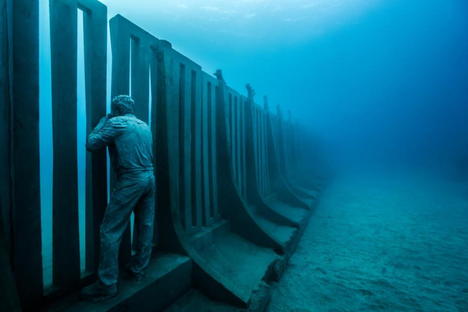 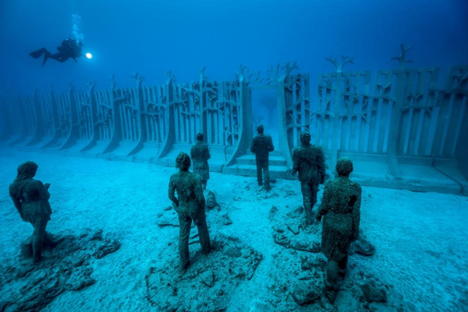 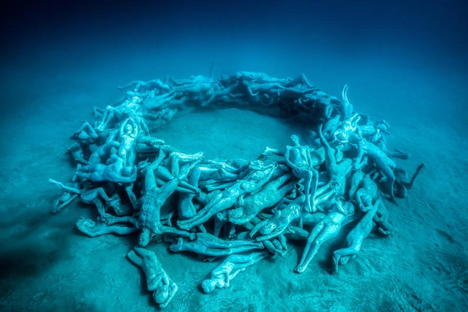 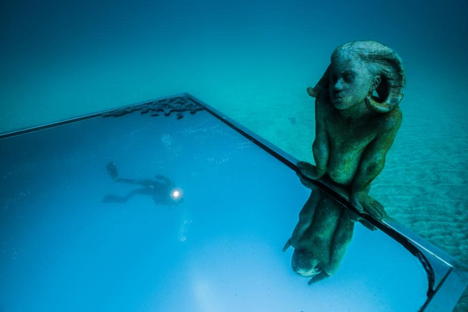 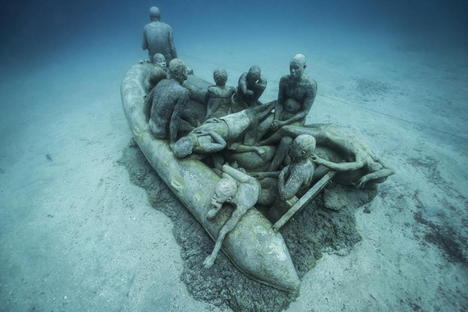 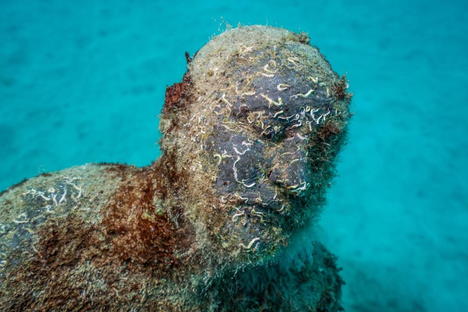 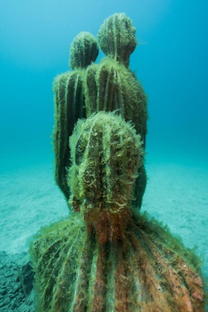