Ondřej Císler and Petr Tej, bridge over the Dřetovice stream

The footbridge over the Dřetovice stream in the Bohemian countryside of Kladno, not far from Prague, is the work of Ondřej Císler from Czech studio Aoc architects and Petr Tej from Klokner Institute at CTU in Prague. The light, ultra-high-strength concrete infrastructure connects the two sides of the stream and at the same time engages with the landscape and the sculpture by artist Jan Hendrych, making the whole thing a site-specific installation. 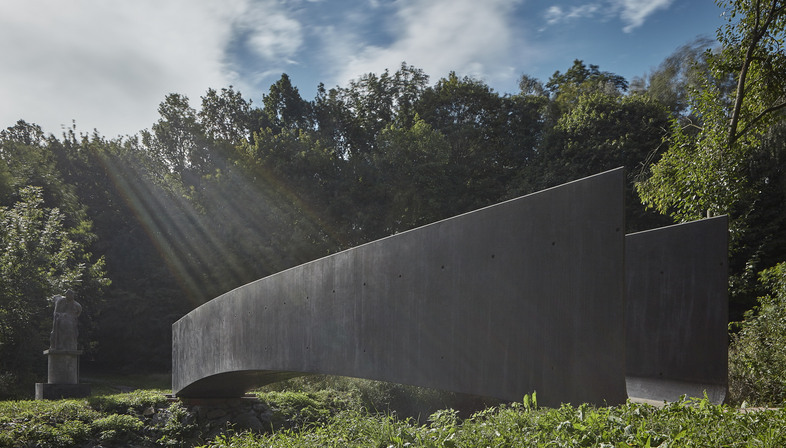 We all know what a bridge is for - it is to connect the two opposite banks of a waterway. In the case of the new bridge over the Dřetovice stream in, Vrapnice, a village near the city of Kladno, located 25 km northwest of Prague, the infrastructure in question is more than just a physical connection, it’s a site-specific installation.
is because it has been positioned along a pedestrian track leading from the village to the cemetery. The natural backdrop is an extraordinary green area outside the town’s urbanised public space. The landscape around Vrapice is also geologically very interesting, with lots of fossil finds, including shark’s teeth. The grassy area around the bridge and its immediate surrounds are often underwater and it is characterised both by systematic human intervention and a kind of wilderness, defined by the constant changes brought about by the flooding.
The position of the bridge between the village on one side and the cemetery on the other plays an almost metaphysical role: it is a magical portal between the world of the living and the dead but it could also be a mysterious object that architects describe as the monolith that stands at the beginning of Stanley Kubrick's film "2001: A Space Odyssey".  These notions really impacted the architectural design of the structure by Ondřej Císler from Czech studio Aoc architects and Petr Tej from Klokner Institute at CTU in Prague. The designers explored the limits of lightness and slimness of a footbridge, artistically based on are black and on a high-tech material.
Indeed, the team used freeze-resistant, ultra-high-performance fibre-reinforced concrete (UHPC), adding black pigment to the mix to give it this rather unusual colour. The double curvature of the bridge provides the structural solution for the 10 m span and 0.4 m camber. This turns the bridge into a kind of sculptural infrastructure, doubling as a work of art enhancing the fine landscape around it.
The artistic endeavour of the bridge over the Dřetovice stream is emphasised by the presence of the “The Guardian” right at one end of the bridge. This sculpture was crafted in the atelier of Jan Hendrych. In addition to being a sculptor, Jan Hendrych is a leading expert in Baroque sculptures positioned in the context of bridges and landscapes and on their plastic modelling. The sculpture in question is based on the original Baroque archetypes, including Saint John of Nepomuk, the patron saint of Bohemia. The statue stands in the landscape and completes the entire spatial composition of the bridge
One of the main compositional themes is also the concept of the bridge as a plinth or a spatial context for the sculpture, which is made of a similar material to that of the bridge. So the bridge over the Dřetovice stream by Ondřej Císler from Czech studio Aoc architects and Petr Tej from Klokner Institute at CTU in Prague, combined with the statue by Hendrych is so much more than just an infrastructural intervention. It is a work of land art that decorates the landscape and at the same time makes the progression from the liveliness of the village to the peace and quiet of the cemetery something more meaningful. 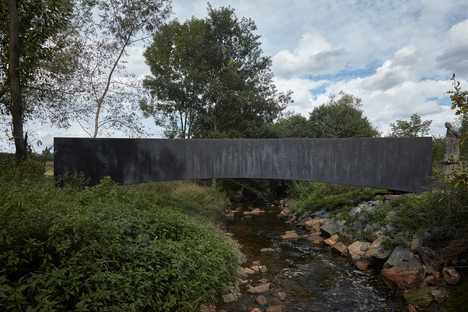 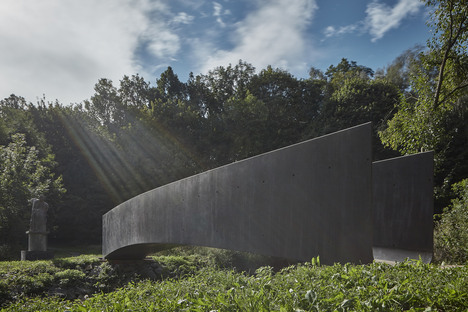 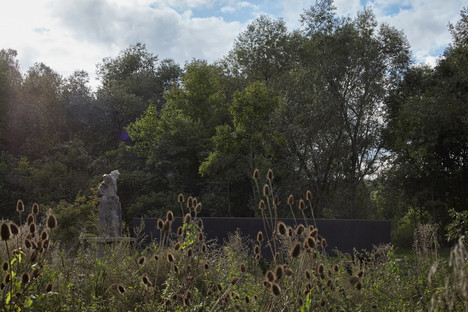 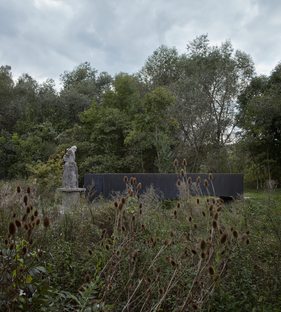 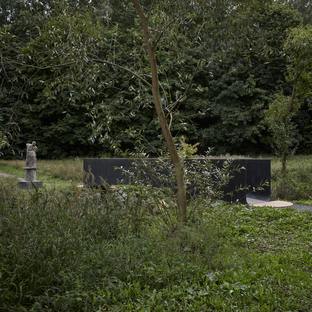 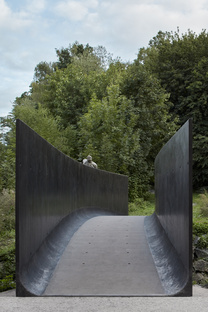 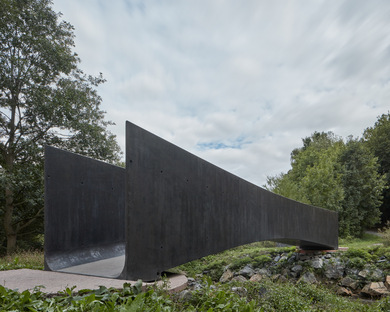 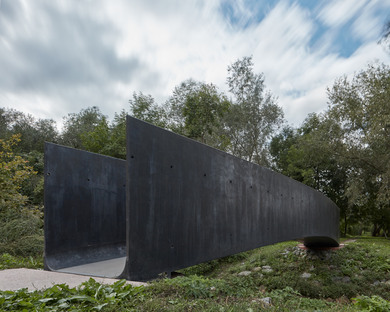 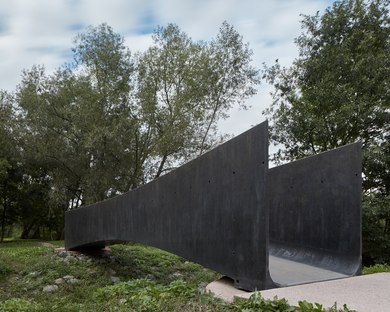 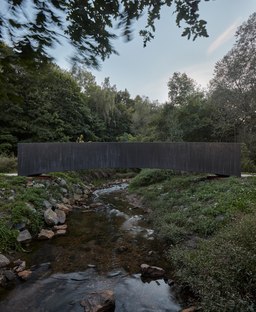 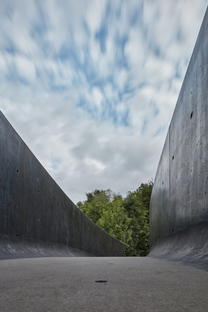 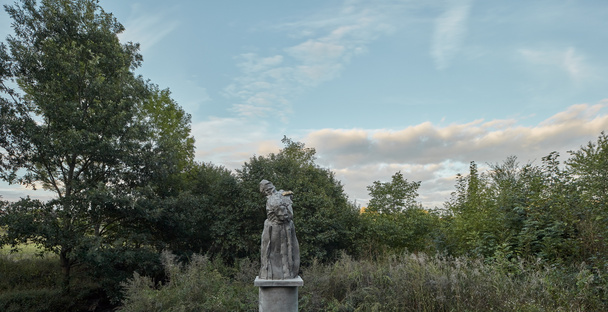 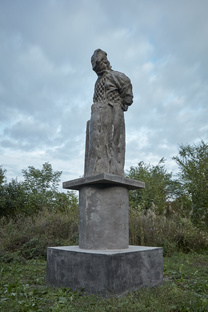 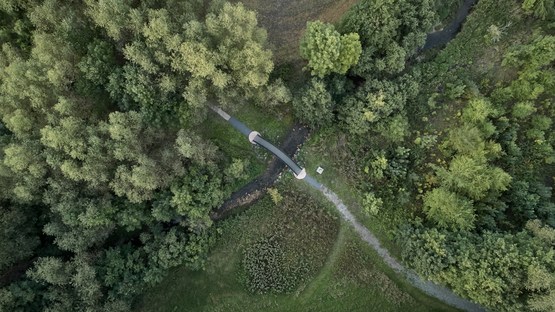