Architects Anna and Eugeni Bach built Seven Lives, a small block of three tiny apartments between established buildings in the historic centre of Barcelona’s Horta district that stands out for its great attention to detail and prominent accents of colour. 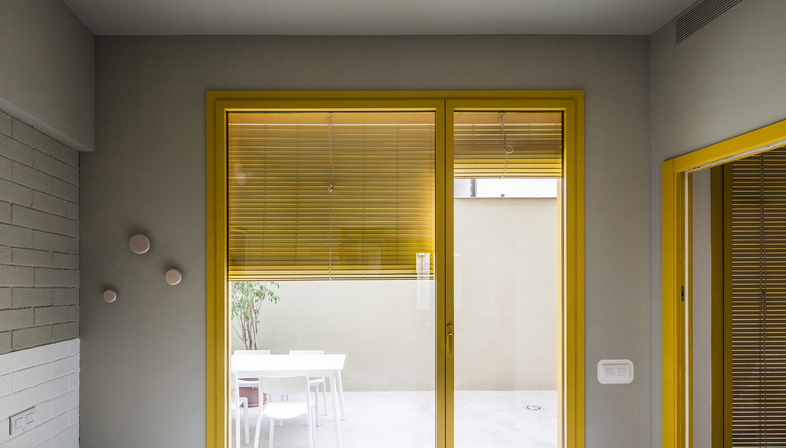 Barcelona’s Horta district is not familiar to many of the tourists who visit the capital of Catalonia. Situated in the upper part of the city, under the Collserola mountain range, it has more green space and a lower population density than the rest of Barcelona.  The historic part of the district offers a unique urban setting characterised by steep streets and narrow buildings which are not very tall.
This is the setting of Seven Lives, a residential project designed by the architectural studio of Anna & Eugeni Bach, the couple of architects who, with Óscar Miguel Ares, direct the well-known Spanish Biennial of Architecture and Urban Planning, BEAU, now in its 15th edition.
In this case, on a site squeezed between existing buildings, Anna and Eugeni Bach designed a small apartment building containing three residential units that preserves the neighbourhood’s character, but seen from a contemporary perspective. To comply with the stylemes of the historical fabric, the side facing the street presents the same elements as the houses to the right and left of it: balconies, blinds, baseboards, stucco, and so on, and reflects the proportions of other buildings in the neighbourhood, but the two architects add a creative, joyful touch to their project with the colour yellow, adding to the value of the façade. A frame around a window with a screen offers glimpses of a rooftop terrace, a detail that adds a playful, metaphysical touch.
As the architects explain: “The effect is, on one hand, to tie up the neighbouring lot, which is the only one on the street that does not comply with the rules of ‘good neighbourliness’, as it has one more floor than is allowed. On the other hand, it promotes the open space of the terrace, as another living space for the enjoyment of the neighbours”.
In view of the small size of the lot, the apartments were limited to 40 m2 on each level: a modest surface area where Anna and Eugeni Bach make the most of every square metre in the homes, which are all connected by a beautiful indoor staircase picking up on the materials and colours used on the outside of the building: light grey, white and yellow. Each level has, in addition to the central core containing the entrance, bathroom and kitchen, two equal spaces on both façades, one facing the street and the other the block’s interior patio.
The architects describe the reason for this decision: “ With this solution, we intend to provide a certain indeterminacy in the use of these spaces. They can be set up as a traditional home, with the placement of a double room on one side and a living room on the other, or they can provide for a shared home in the style of a student flat, with two symmetrical spaces.”
The different ways the three apartments can be used gives the building its name: Seven Lives, also reflected in the seven windows on the building’s façade. Seven Lives makes the most of a difficult urban situation, and, as usual, Anna Bach and Eugeni have come up with an interesting way of reconciling practicality and beauty, while demonstrating respect for the building’s surroundings, with which it maintains a happy, creative dialogue. 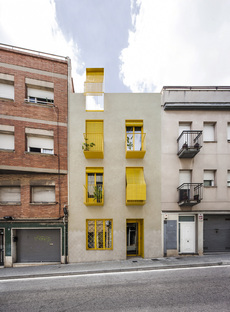 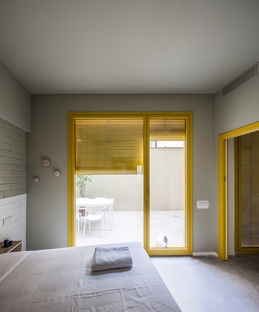 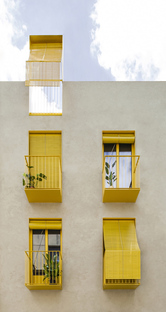 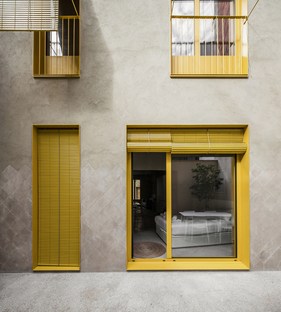 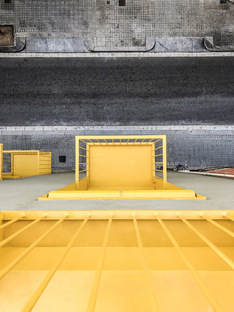 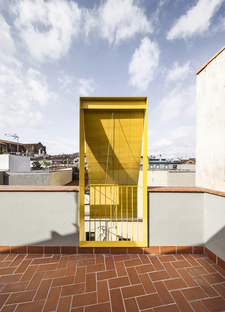 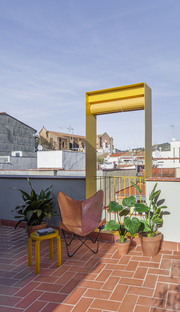 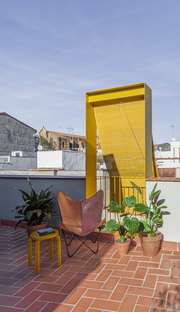 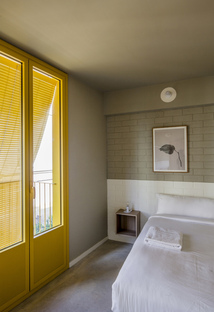 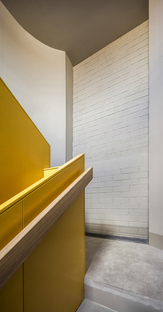 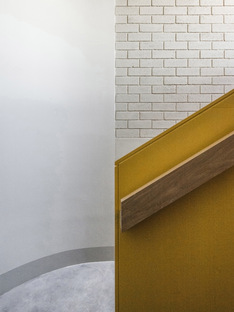 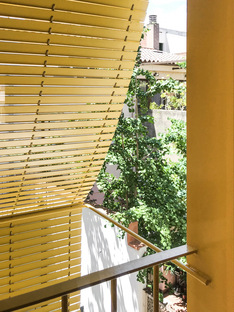 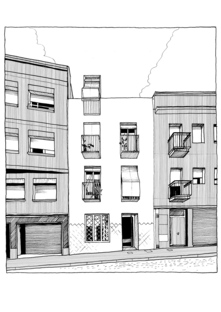 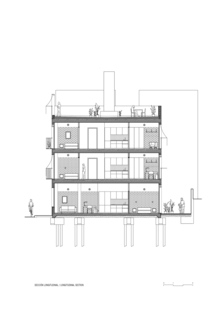 Anna and Eugeni Bach behind a sweet transformation in La Bisbal