An infrastructure landmark by DVVD

The Claude Bernard pedestrian and bike overpass by French architecture firm DVVD, links Paris and Aubervilliers with a sculptural stroke.

The Claude Bernard pedestrian and bike overpass by French architecture firm DVVD, links Paris and Aubervilliers with a sculptural stroke. A large infrastructure symbolising the human uplift of the urban context. 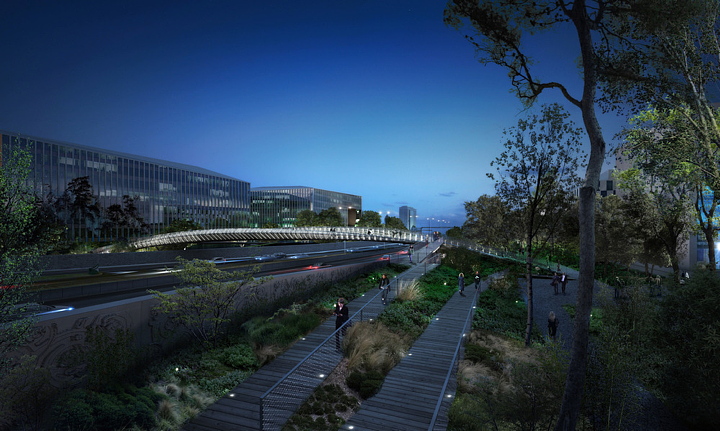 Paris is constantly changing, there is always a new redevelopment and revamping project going on somewhere. We're not just talking about residential or multifunctional buildings (link) but also highly important infrastructure operations that reconfigure the urban fabric characterising an urban context on a human scale.
The Claude Bernard overpass by DVVD architecture, design and engineering firm is one of these infrastructures. Since October 2015, this 100-metre long arched structure has spanned the Boulevard Péripherique, which marks the divide between Paris and Aubervilliers, offering a new connection with a pedestrian and bike path.

The organic nature of the structure is underscored by the main material used - timber - as the promise of a sustainable future, setting up an attractive contrast in a fabric dominated by asphalt and concrete. The apparent simplicity of this warm, “wave of wood” hides the cutting-edge technology used to construct the prefabricated bridge that needed to be mounted as quickly as possible to avoid causing traffic problems on the strategically important Boulevard Péripherique.

As Daniel Vaniche, founder of DVVD with Vincent Dominguez says the Claude Bernard overpass is primarily an urban project ahead of any design or architectural features. And about halfway across the overpass are spaces where you can take a break and relax. Something that emphasises the desires of the clients and designers to create not just an element to link the territory, but also a useable “place” beyond its merely infrastructural function.

The Claude Bernard overpass by DVVD is also a hit with Parisians, who have been using it all the time since it opened in October 2015, creating a sustainable flow of traffic to and from the brand new district of Rosa Parls-Macdonald being developed in an old industrial area. 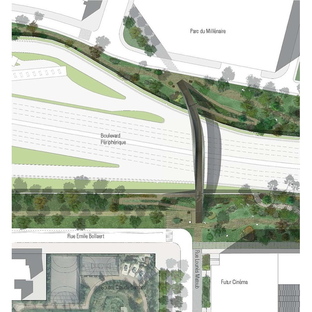