Basel, a city built in a loop of the Rhine, becomes a temporary museum during two annual international art and design events, Design Miami Basel and Art Basel, during which an infinite series of events and installations takes place in the city’s most beautiful modern buildings. Such as those built by Herzog & De Meuron, who say that a building’s surfaces should have something to do with what happens inside the building, and that the architect’s task is to give this relationship material form. 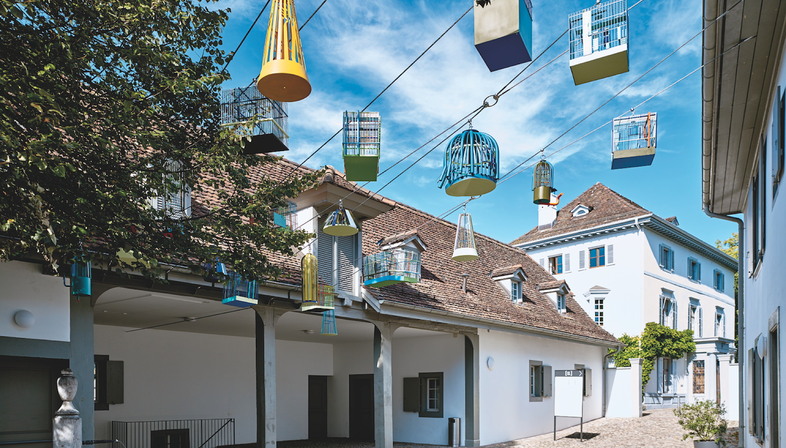 The Copper Tower - Herzog & De Meuron
Architects Herzog & De Meuron began their career in their hometown. The studio’s early projects include Basel’s Copper Tower containing the central control room for railroad signals, built in 1998 and 1999 with copper-covered walls.
Messeplatz - Herzog & De Meuron
The Swiss architects’ expansion creates a new indoor public space, illuminated from above by a surprising round opening. The expansion and the new exhibition spaces in the MessePlatz give the city of Basel a new exhibition and event location. The 38 thousand square metre addition is a rectangular building on three levels connected with the existing exhibition spaces, containing a multi-purpose hall, a restaurant, shops, a bistro and a café. Open 24 hours a day, the City Lounge is a gateway to the exhibition spaces, while the two upper levels contain exhibition areas, kept separate by offsetting the two levels to create the effect of a single big box. The architectural effect is created by application of aluminium to all outdoor surfaces, where it regulates the amount of daylight coming into the building and frames the view. The waves of metal on the façade create reflections that add motion to the building’s interior.
Museum of Cultures - Herzog & De Meuron
The restyling of Basel’s Museum of Cultures is a project demonstrating how the contemporary and the traditional can be successfully combined. The project is described by the architects themselves as “a breath-taking crown for the historic walls: the roof, with its irregular folds, fits into the museum’s surroundings”. The new roof of tiles blend into the city skyline, recalling the city’s typical steep medieval roofs. The hexagonal tiles, some of which are three-dimensional, reflect light even when the weather is cloudy, creating an effect much like that of the brick tiles on the roofs of the old city, while the architecture of the black roof dialogues with the spires on the nearby Cathedral.
Tinguely Museum - Mario Botta
The Tinguely Museum, designed by architect Mario Botta, is a work of art in its own right. The post-industrial building contains machines by sculptor Jean Tinguely, one of Switzerland’s most innovative and influential 20th century artists. The museum’s permanent exhibition of his works presents a vast overview of Tinguely’s forty-year career. Temporary exhibitions, many of which are interactive, look at his precursors, his contemporaries and the latest trends in art.
Beyeler Foundation - Renzo Piano
A very high standard for containers and content is set by places such as Fondation Beyeler, in the suburb of Riehen, a progenitor of the passion for the utmost forms of expressiveness of the 20th century. The building, designed by Renzo Piano, is entirely made of clear glass, even the roof, and contains more than two hundred masterpieces of art, from Giacometti to Picasso.
Novartis Campus - Frank O. Gehry, Diener & Diener, Sanaa
Every building on the campus was designed by a different architect. Frank O. Gehry, Diener & Diener, Sanaa and many others worked on the Novartis campus, building a city within a city which is still far from complete. The campus is not normally open to the public, but every two weeks the Tourist Office of Basel offers a guided tour.
Cabaret Tabourettli - Santiago Calatrava
Designed by Spanish architect Santiago Calatrava, the theatre hosts shows by cabaret artists, comedians and musicians from Switzerland and abroad. Countless famous actors and cabaret artists began their careers at the Tabourettli, a theatre that still showcases emerging young talents.

A gourmet lunch break becomes an art and design experience at places like the Cheval Blanc in the luxurious Grand Hotel Les Trois Rois, or Stucki, the restaurant where Tanja Grandits comes up with brightly coloured dishes in Impressionist style. Don’t miss Volkshaus Basel, a beautiful old building restored by Herzog & de Meuron containing a restaurant, a lounge bar and a venue for blues and jazz concerts. A classic building constructed in 1925, restored to its ancient splendour by returning the rooms to their original height and preserving all the original details. The modern furnishings in a colour palette consisting mainly of black and white reflect Switzerland’s old world charm. 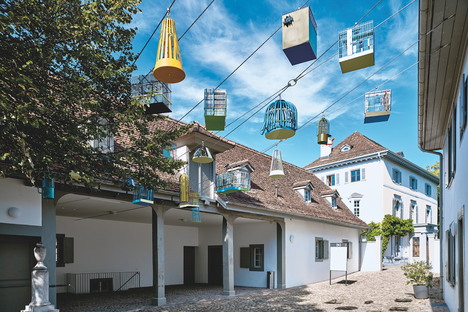 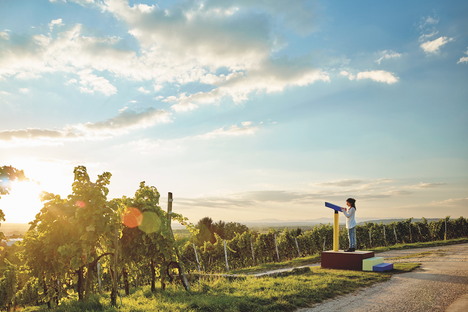 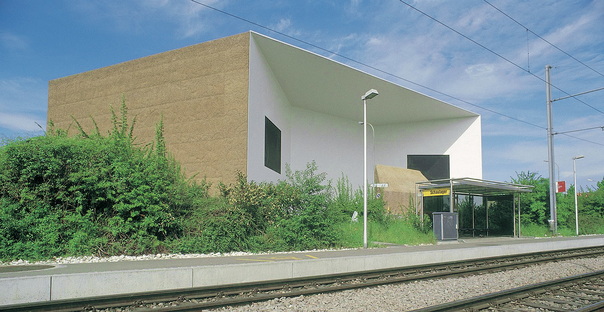 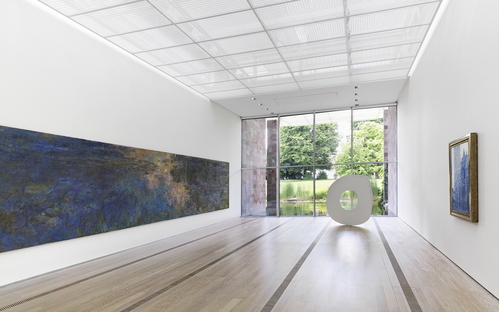 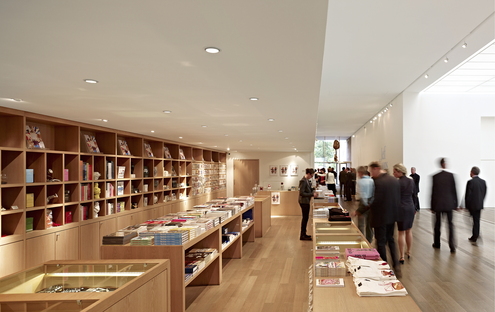 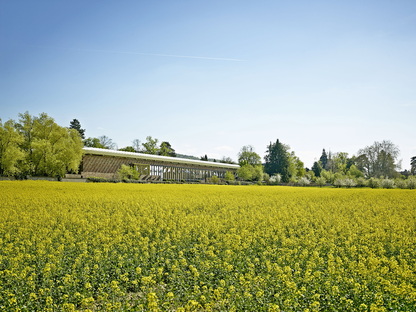 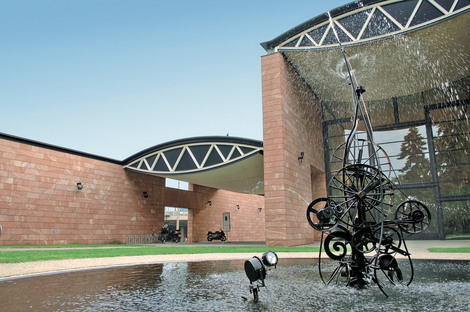 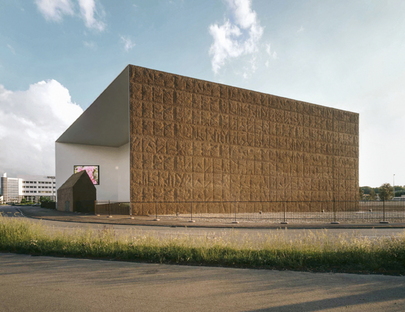 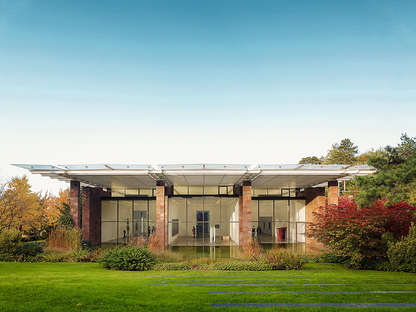 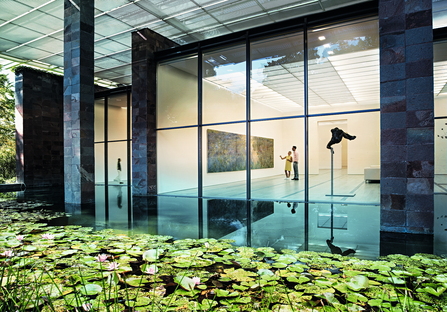 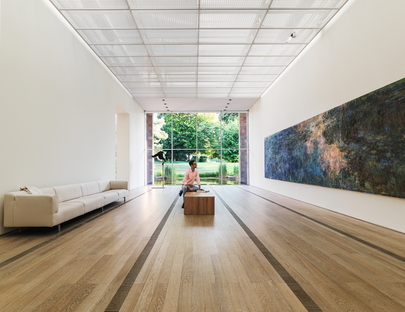 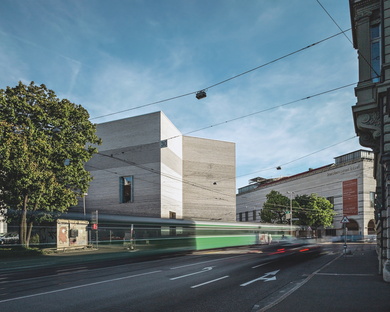 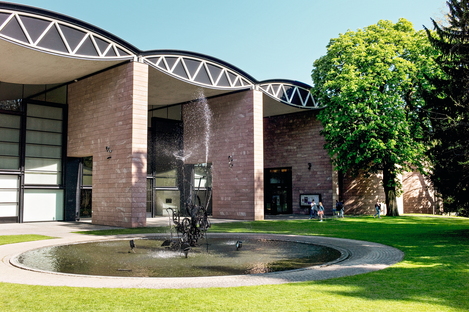 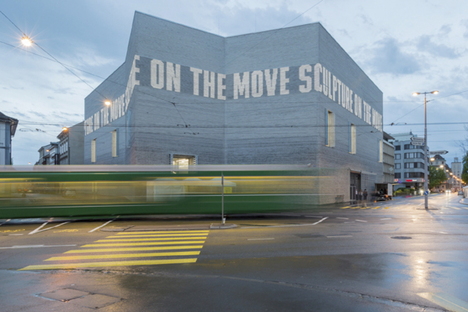 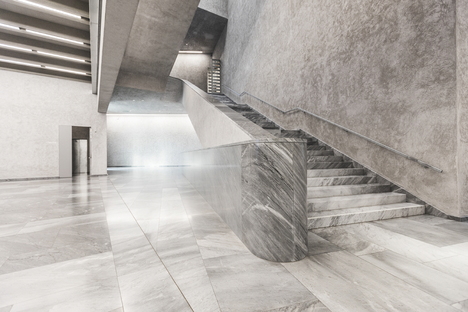 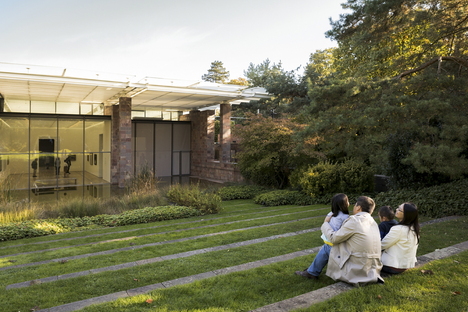 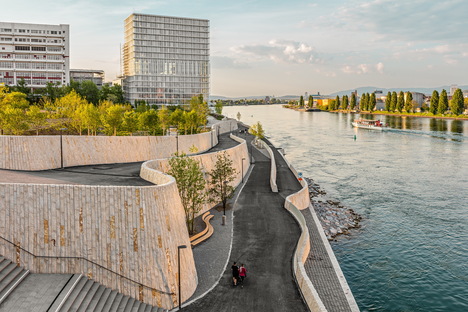 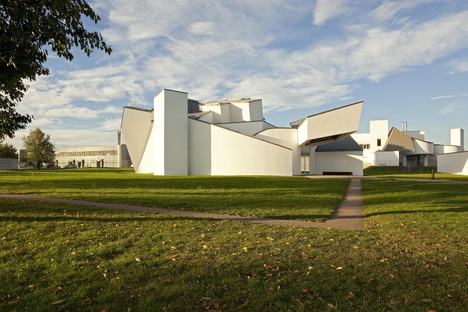