“Architecture for Culture” is the theme of the tenth “Three Days of Architecture” (3gA) event in Pistoia. The theme was tackled from all angles, and the Iris Ceramica Group presented the experience of Floornature and SpazioFMGperl'Architettura to demonstrate the important role businesses can play in communication and cultural promotion about architecture. 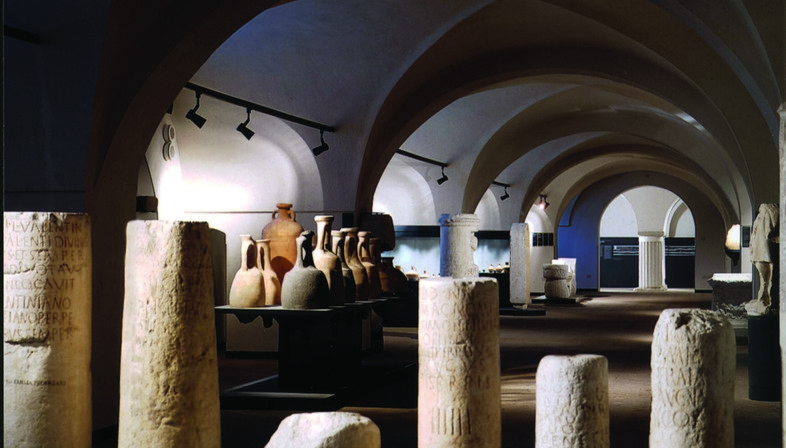 2017 saw the tenth edition of Tre giornate di Architettura (3gA) (Three days of Architecture (3gA)), presented by the Order of Architects, Planners and Landscape Architects (OAPPC) of the Province of Pistoia in collaboration with the City of Pistoia. Now the record of the convention has been published in a book, reporting on the many presentations: a total of 19 over the three days of the event. The theme of “Architecture for Culture”, chosen to tie in the Three Days of Architecture (3gA) event with Pistoia’s role as cultural capital of Italy in 2017, was addressed from all angles, also representing the role played by business in communication and cultural promotion about architecture. In this context, the significant case of the Iris Ceramica Group was presented, discussing the dual experience of Floornature and SpazioFMGperl'Architettura. 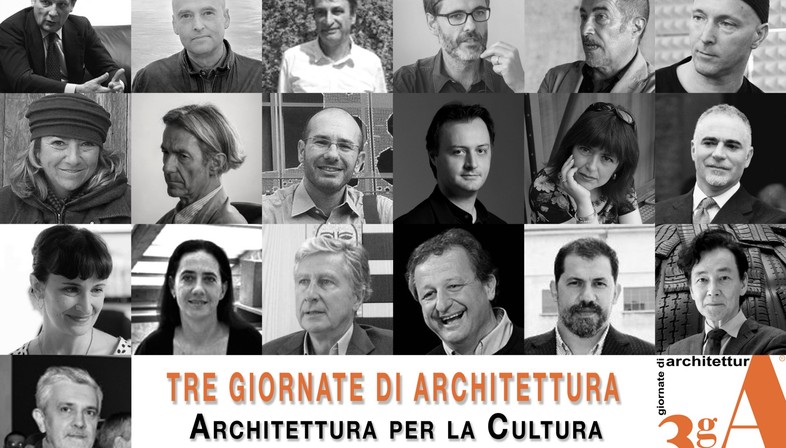 A “special edition” is how the organisers described the last Three Days of Architecture (3gA) event, because of its dual role celebrating the event’s tenth anniversary and the appointment of Pistoia as cultural capital of Italy in 2017. This edition was also special because of the packed programme of nineteen events held in five sessions addressing the theme of “Architecture for Culture”. The speakers’ multidisciplinary contributions drew the attention of the public to concrete cases and encouraged reflection on how architecture and other related disciplines can “influence or even determine the culture of a people or a civilisation”. The speakers described cultural projects as key elements of the process of urban regeneration and talked about the role played by contemporary architecture, and particularly projects by big names in architecture, in the rebirth of a territory or in the phenomenon of gentrification. The speakers looked at projects for cultural containers such as the Trento Science Museum, Centro Pecci in Prato, reclamation of archaeological sites such as Santa Giulia in Brescia and infrastructure grids as expressions of culture, presenting the experience of the “artistic metro stations” of Naples. 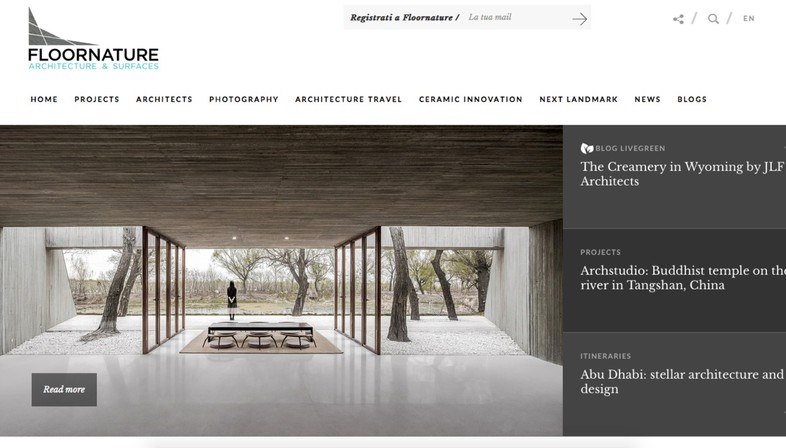 The vast, highly varied picture of experiences and reflections presented by academics and experts in various disciplines at the event included a contribution by a prominent enterprise, the Iris Ceramica Group. Mara Corradi of the Floornature.com editorial staff spoke on “The promotion of culture: Floornature.com and SpazioFMG per l’Architettura” to illustrate the important role enterprise can play in communication and cultural promotion about architecture.
In her brief presentation, Mara Corradi explained how the Iris Ceramica Group, and particularly its founder Romano Minozzi, understood the potential of digital technology in the early years of the new millennium and developed one of the first portals providing in-depth information on architectural culture, floornature.com. The strength of this experience is based primarily on recognition of the power of digital tools: the founders did not attempt to adapt a conventional print magazine to the web, but developed a tool designed specifically for the internet. In the same pioneering way, the Group’s two brands Iris Ceramica and FMG Fabbrica Marmi e Graniti opened SpazioFMGperl'architettura in 2007 in Milan. Once again, this is no conventional company showroom, but a facility integrating a product showroom with an exhibition gallery for architecture exhibitions and events, a place for professionals in the field to meet and talk. 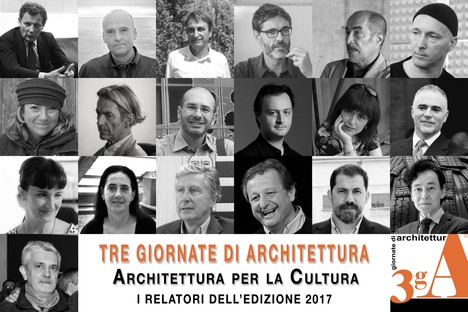 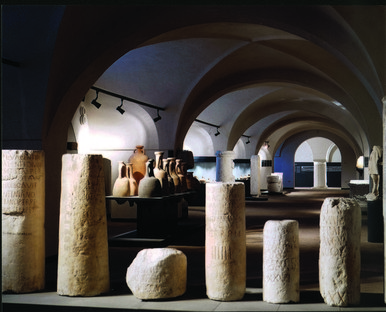 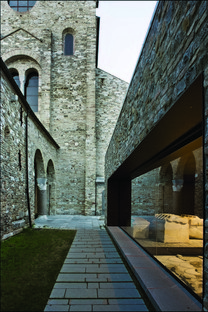 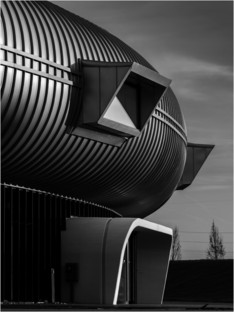 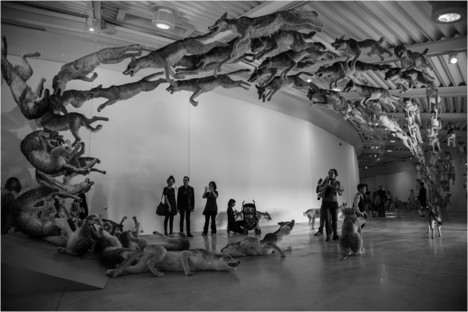 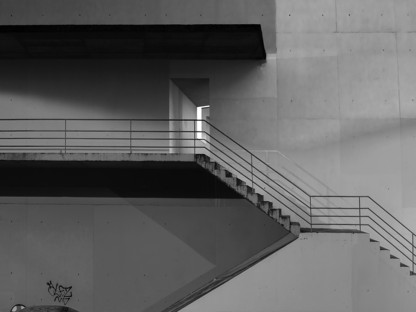 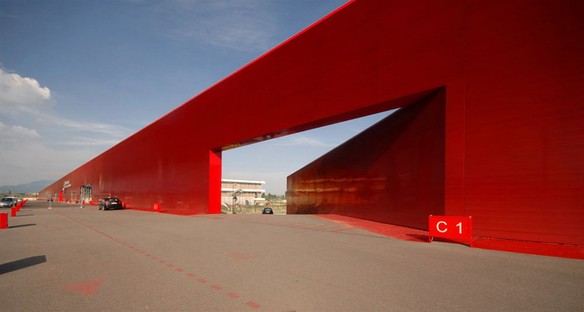 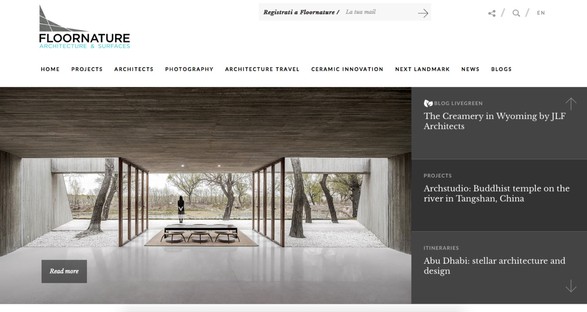 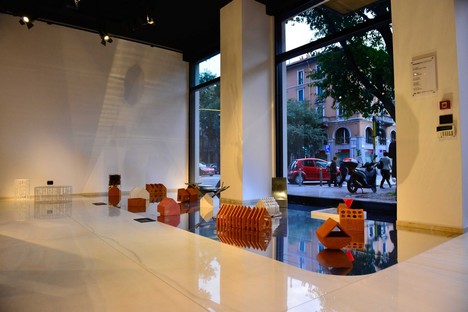 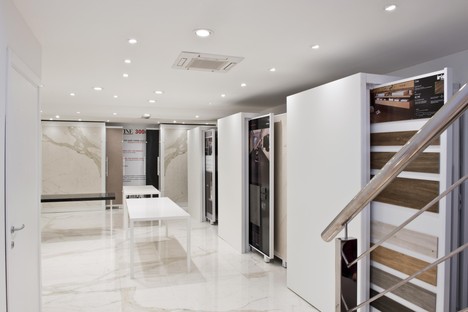