A project for the future of the Hague combining sociological and technological requirements in an interesting and original blend. 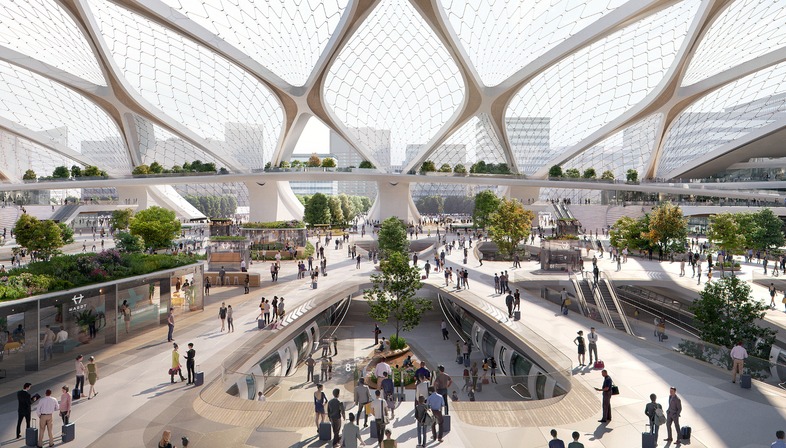 UNStudio’s Socio-Technical City in the Hague centres around a power plant, iconically referred to as a “geothermal cathedral”, intended to be an archetype of future urban renewal for big Dutch cities.
The Socio-Technical City is a project measuring one square kilometre located by the existing railway station in the Hague’s CID (Central Innovation District). UNSTudio’s project is arranged around the tracks and the stations, the circuit of which has been renamed the Hyperloop for the occasion, because the transportation loops generated by these redesigned traffic routes will introduce new roles and new dynamics in movement through the city and the district. The architects take advantage of the opportunity, using a part of the area occupied by the rail grid to create a series of terraced bridges, giving form to a new space for urban farming and making the whole area as self-sufficient as possible, also in terms of growing its own food. Of course, water plays a key role in ensuring that everything works in every way, and so the architects of UNSTudio have come up with a contemporary version of the concept of the wadi and the waterfall, with squares and plates of water based on a complicated but effective system for using and recycling stormwater and sewage, known as Biopolus. This ensures that water is treated with greater control, without any waste, and with negligible impact on the land.
All this is made possible by a geothermal energy plant that obtains heat about 2.5km below the earth’s surface. But as the heat pumps and heat and cold accumulation systems are not entirely sufficient to provide the 11.5 GigaWatts/year required, the architects “import” surplus energy from neighbouring districts with a lower population density, and “export” surplus geothermal heat for their heating.
Lastly, to close the gap between infrastructure and technology on one hand and quality of life and social wellbeing on the other, the complete project has been baptised Socio-Technical City. 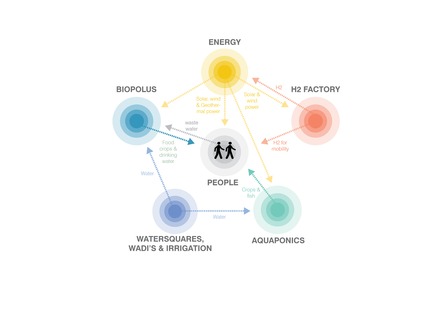 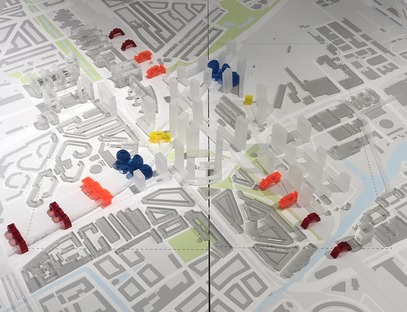 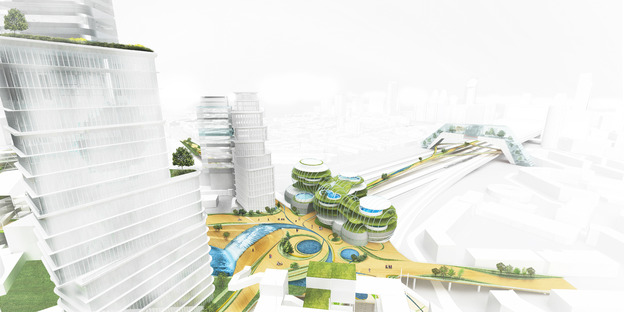 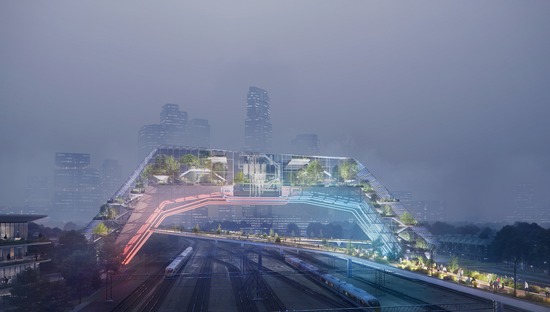 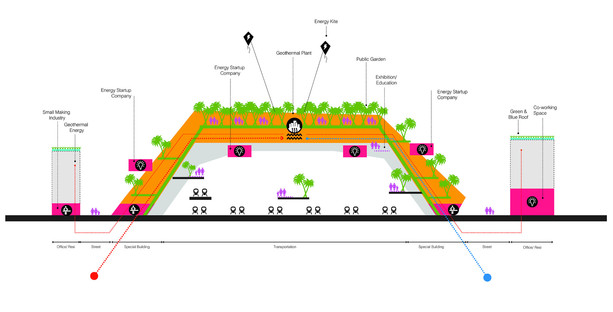 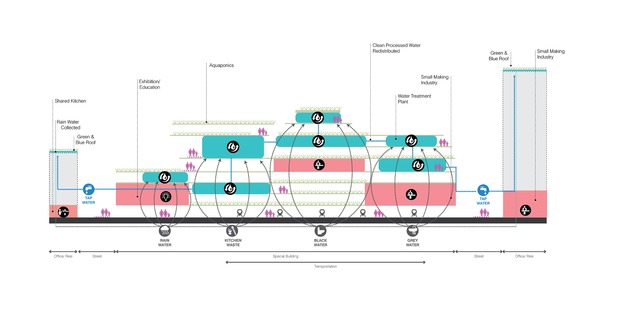 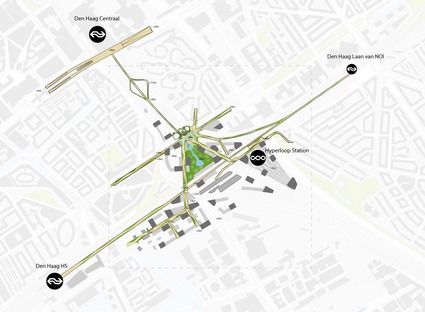 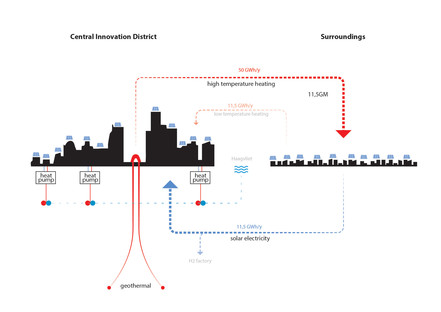 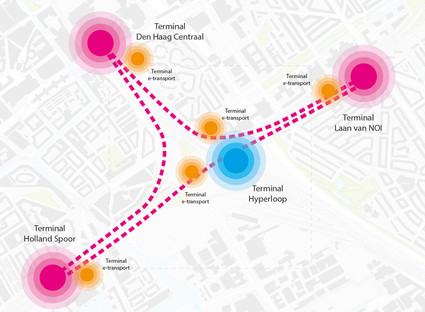 A façade made with coloured, prefabricated panels for the ROC, by LIAG Architects

3d printable buildings for living on the moon by BIG, ICON and SEArch+