The new project designed by Australian architect Luigi Rosselli is a village of 12 dwellings built with rammed earth walls. 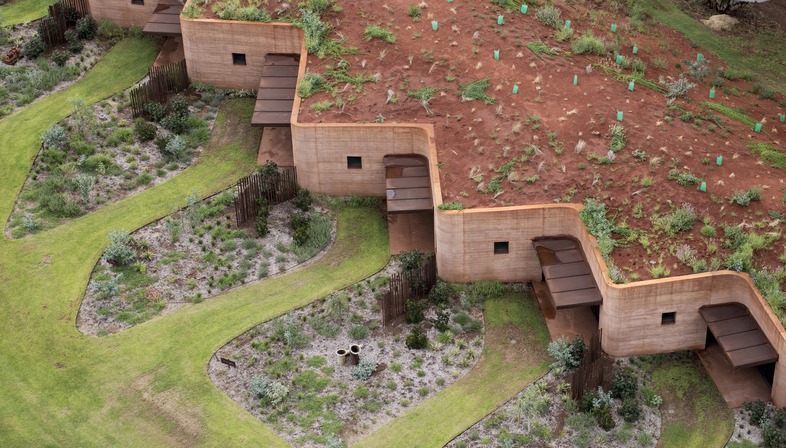 In Australia, architect Luigi Rosselli has created a settlement of 12 dwellings buried into a small hill, using rammed earth walls.
The icon of the unusual project designed by architect Luigi Rosselli is a 230 metre long wall. This wall, in fact, is the backbone that supports the embankment of a construction that has been – quite literally – built right into a small hill in the bush of Australia’s North West. Looking at the photographs one could easily be misled as the dorsal wall seems to be made in reinforced concrete. The technology chosen by the designer was, in fact, that of beaten earth. Architect Luigi Rosselli conceived the wall to be 45 cm thick and characterised by a jagged shape, thus also ensuring a certain privacy between the apartments.
The construction technique used provides for the use of only 10% Portland cement, compared to the 90% of ferrous earth found in great abundance in this part of Australia. A small percentage of fine gravel was also added to this mixture, extracted from a river that flows nearby. Finally, everything was bonded with a small percentage of water which triggered the chemical reaction of cement, used to improve compression and to bind the elements. The overall effectiveness of the material obtained very much depends on its compactness, meaning that the water must be present in really minimal quantities, in order to avoid inconvenient internal material discontinuities and ensure an optimal mechanical resistance.
Moreover, the project also aimed to ensure an excellent thermal performance of the buildings. In fact, the guiding idea was to avoid the use of sheets, a classic Australian building material, as the strong sun typical of this area tends to heat them under its rays. Instead the sand dune – which serves as the roof of the dwellings – improves the thermal gradient with considerable energy savings, in this case reused for other purposes. 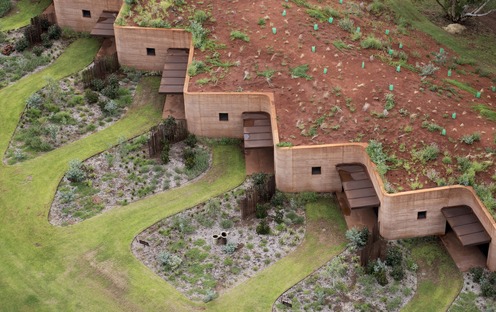 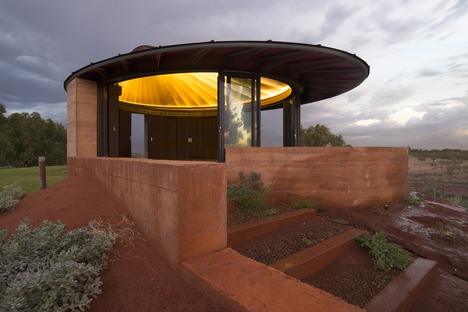 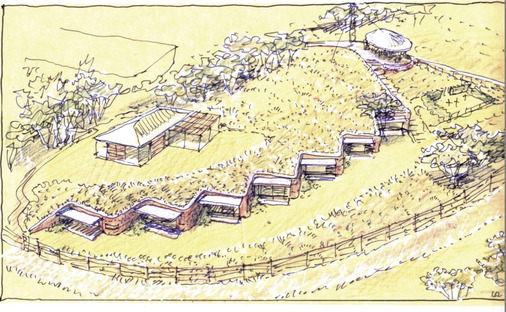 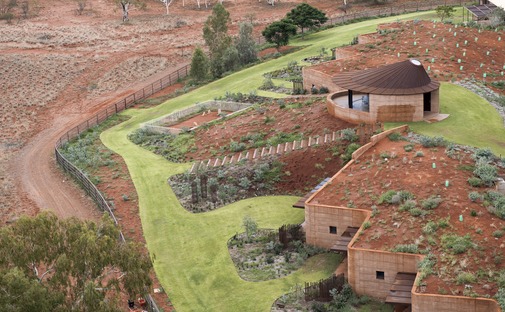 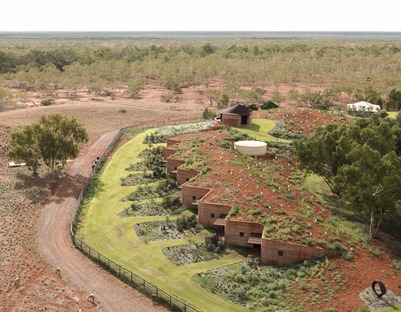 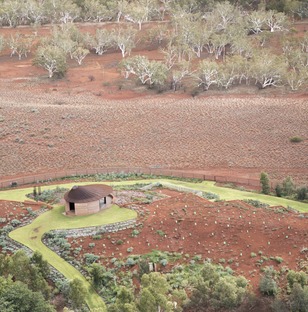 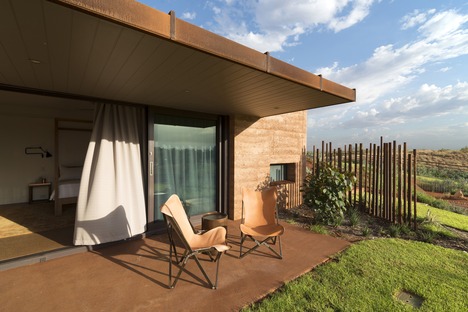 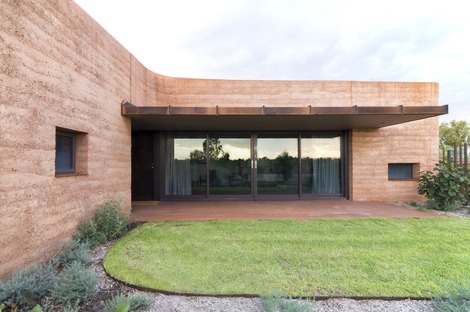 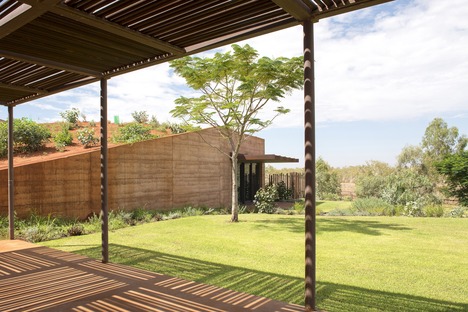 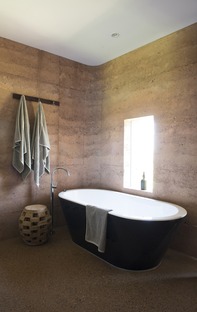 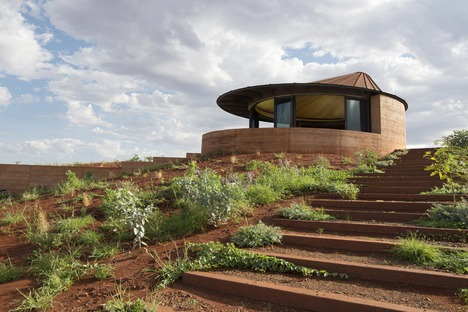