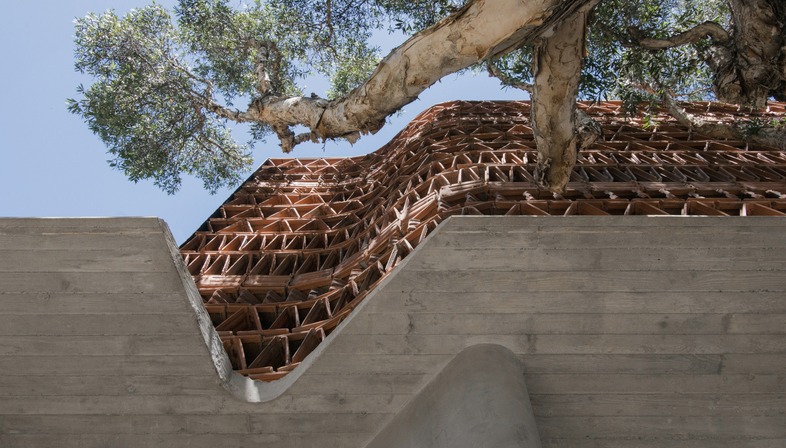 Luigi Rosselli’s architectural studio in Surry Hills – Sydney, Australia was built with great skill and precision out of reclaimed construction materials, apparently valueless scrap tiles.
It doesn’t look like a project intentionally designed to make use of poor construction materials; in line with his background in architecture, Raffaello Rosselli, son of Luigi, a Milanese architect who has been working in Australia for four decades, built a studio that pays tribute to two of the most prominent architects of the twentieth century: Le Corbusier and Carlo Scarpa.
The great Swiss master’s minimalist touch is perceptible above all in the purity of the lines and the different finishes of the concrete, from smooth, clean surfaces to the rough surface of the architrave over the entrance revealing the veining of the formworks. The rounded pillars set into the undulating surfaces recall the chapel of Notre-Dame du Haut in Ronchamp.
The highly original façade is designed to serve as a permanent sunbreak, like an architectural form of embroidery created out of discarded roof tiles of different types. The mechanical technology that is so fashionable today has been set aside in favour of study of the path of the sun, with the aim of orienting the horizontal rows of elements to create a luminous filter offering different degrees of opacity at various times of day. This limits introspection and the view of the outside while creating a pleasing original atmosphere inside the building. In this regard, it may be surprising to discover that each single element in this unusual sunbreak is, wherever possible, fixed only by mortar; it is all supported on the basis of a static scheme which was thoroughly tested in the design phase using real rather than virtual models. Just as has always been done when coming up with a new technology! The only modern aid employed was the polystyrene “formworks” required to create the little tiled vaults which rise three floors up, like a house of cards.
Lastly, the interiors are designed in the same way as the outside of the building, but with workstations made of wood featuring bookshelves also made of terracotta tiles, warming up the concrete surfaces. The floors are made out of little cubes of marble immersed in cement mortar, recalling a well-known example of interior design, Carlo Scarpa’s Olivetti store in Piazza San Marco, Venice. 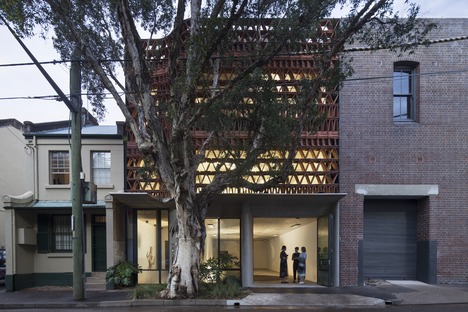 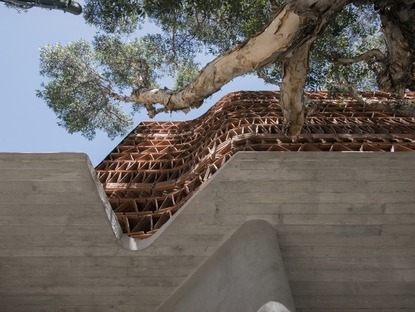 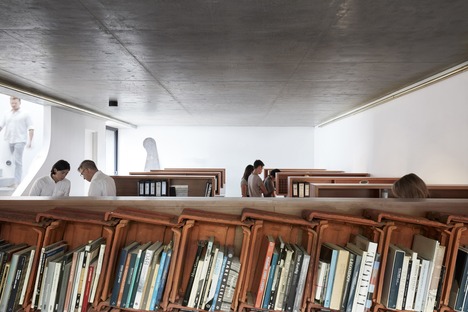 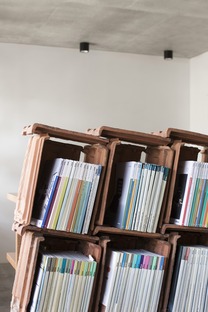 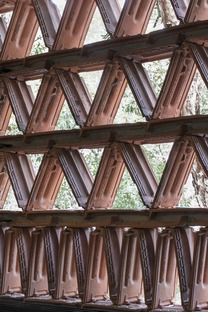 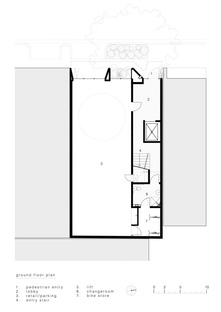 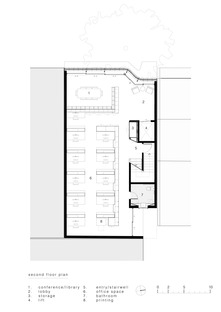 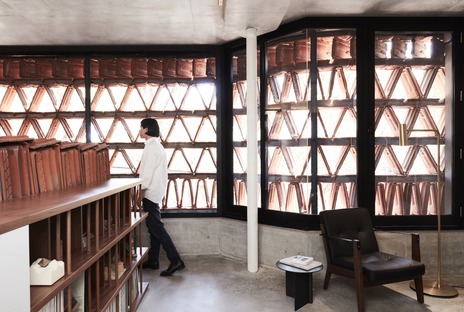 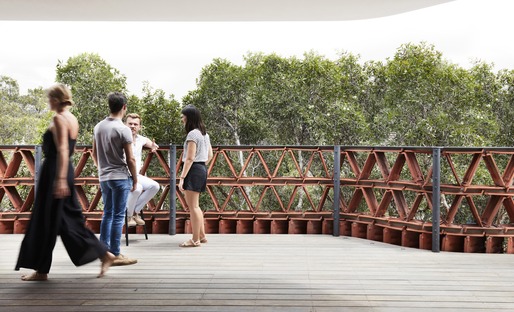 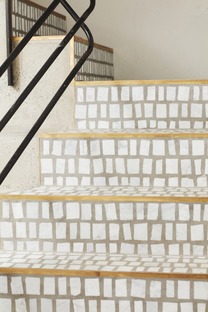 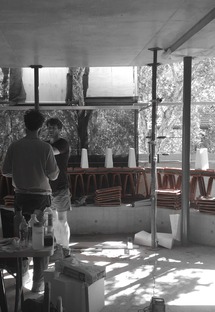 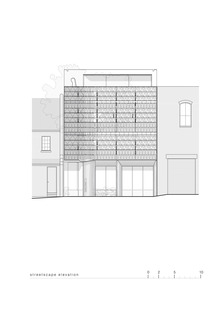 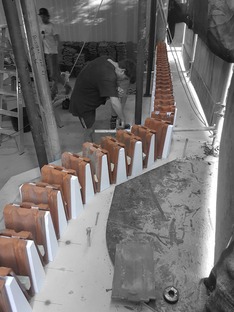 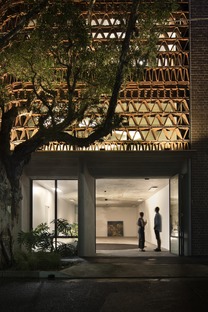 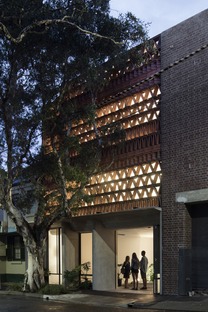 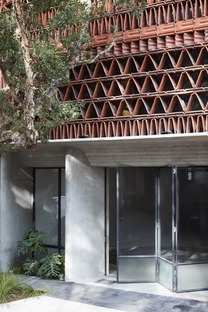 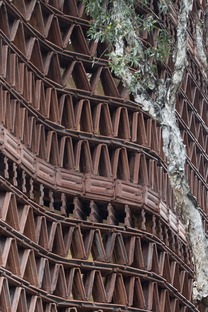 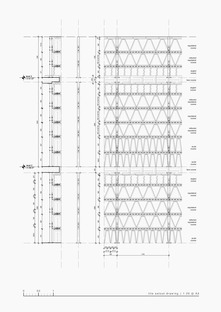 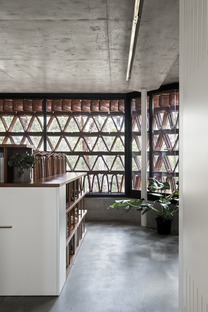