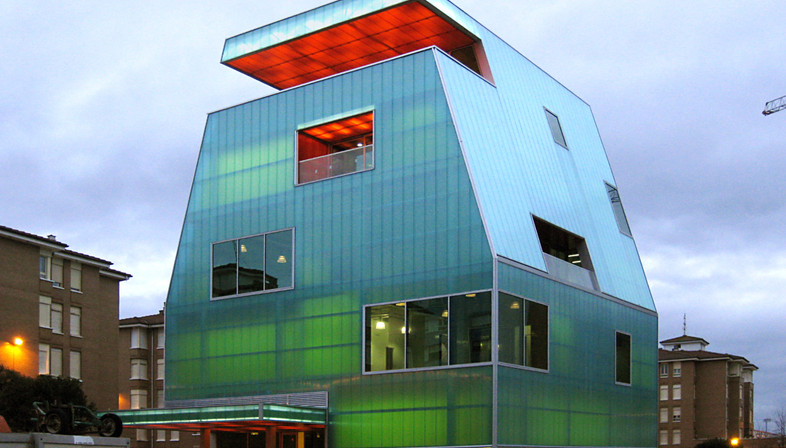 The Casa de la Juventud in Santoña, Cantabria, Spain has been called a ray of light in a dull suburb. The concrete and steel building is covered with modulit 500 LP structural polycarbonate giving it a rather mysterious and impeccably youthful look. The construction is vertically oriented, like a real house whose inhabitants spend hours playing music, talking, studying, watching movies, reading and even working, as the facility also acts as a start-up incubator. This “plastic building” is covered with a double layer of polycarbonate slabs, blue on the outside and two-tone in the inside, veering from green to white toward the inside; to give the whole a uniform look, the structural elements (2UPN200) contained in the double wall are painted green, as are the walls of the façade, which collaborate with the concrete central structure to support the floor slabs. The modulit sheets are joined together by deforming the plastic, like lego, for use in buildings that need light all the time; in this case, the architects have almost entirely eliminated windows, without eliminating light, for there is glass all around the perimeter of the ground floor, while the rest of the building is made of polycarbonate, so that it looks like a toy building. This light covering allows for a slender weight-bearing structure and is easy to make and install. The corner elements are reinforced with aluminium profiles to guarantee their rigidity and safety. A final, hidden feature is the foundations, with pilings driven up to 20 metres into the ground, as this part of the city stands on earth that has been drained of marshes over the centuries. Much more than a social centre, it is intended to be an urban landmark, using a clear linguistic idiom in the dialectic of the panorama in a neighbourhood without any particular architectural style. 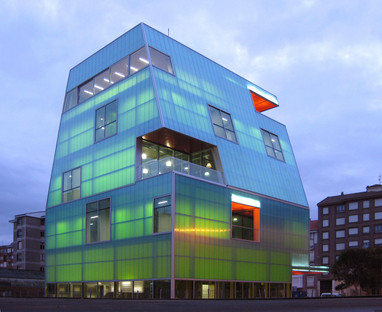 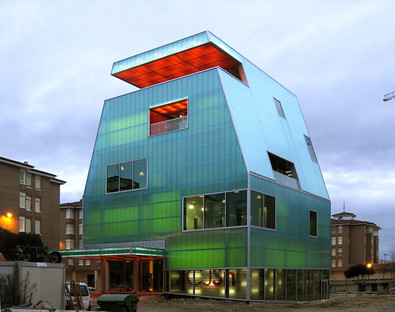 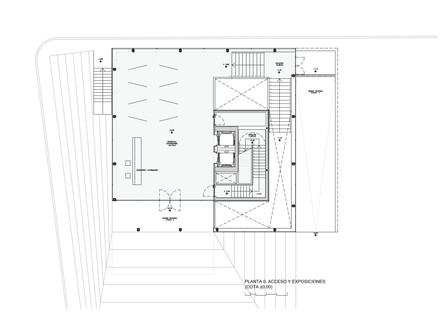 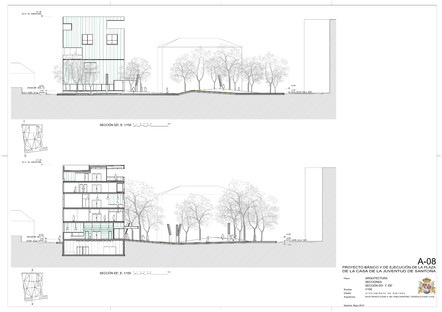 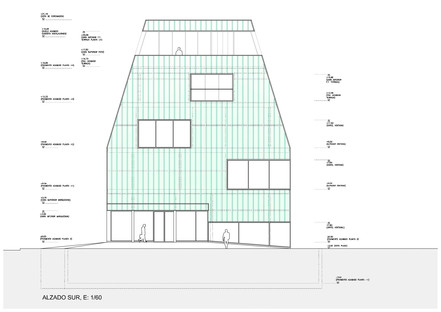 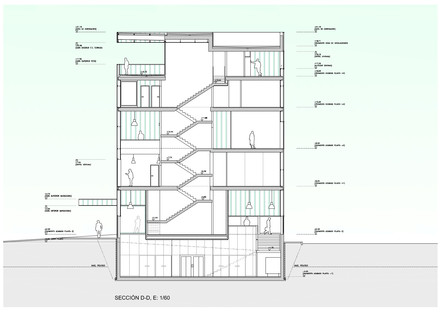 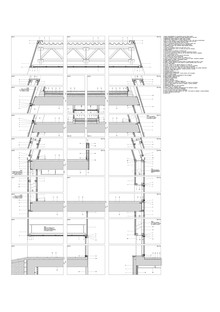 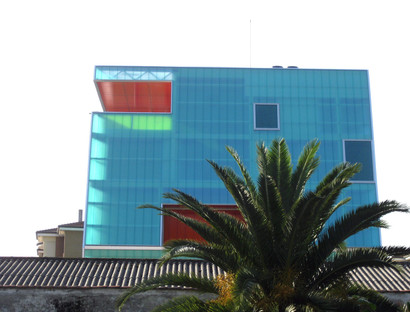 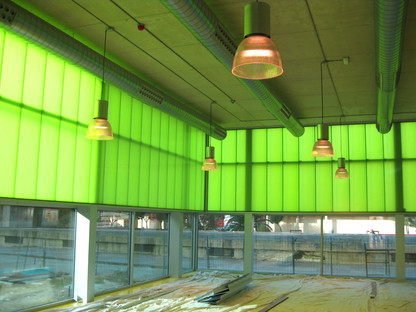 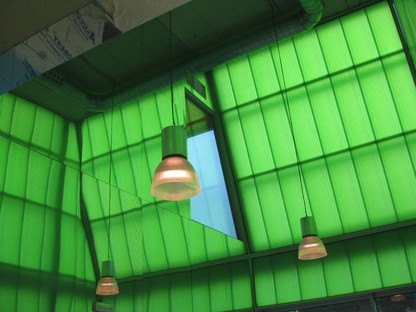 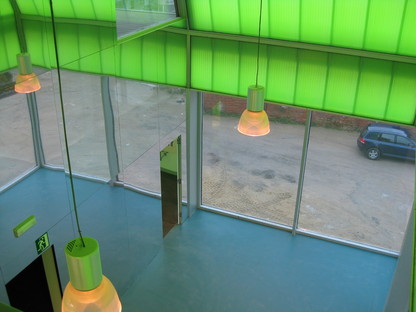 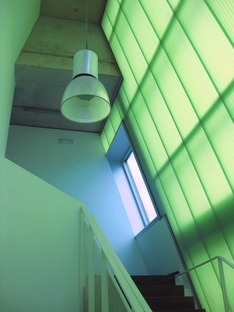 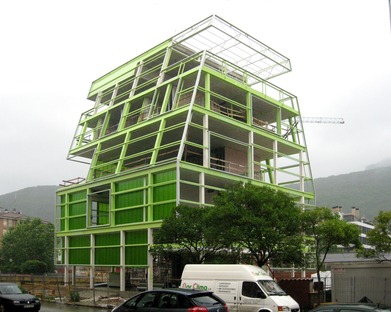 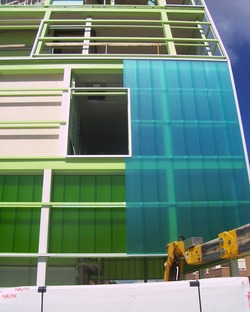