Mecanoo creates a bamboo forest of steel for Tainan library 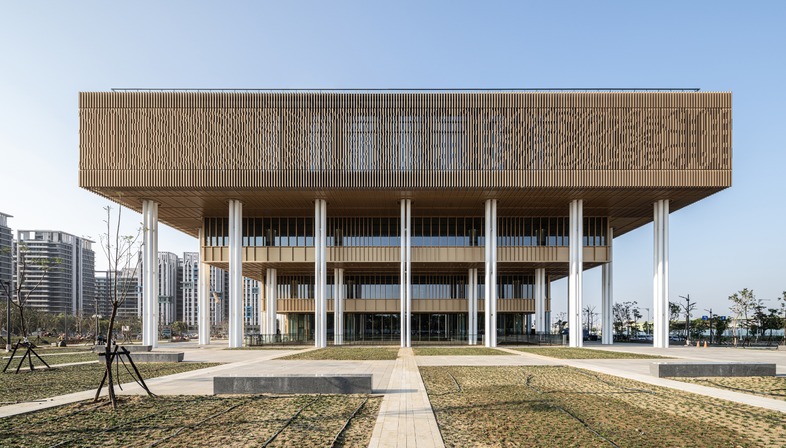 Mecanoo’s Tainan library, with its steel structure and aluminium facade, is inspired by a bamboo forest and a historic building in the city.
Mecanoo and Mayu Architects designed the new Tanian library to contain over a million books.
The building is an inverted stepped pyramid on four levels, supported by 91 steel pylons, each of which is formed of four profiles with a round section joined by four intermediate tie plates which make them load-bearing, preventing unwanted structural performance, especially on the midline. At the same time, they visually recall the horizontal ribbing of bamboo, developed in nature for precisely the same purpose. In short, a graceful forest, painted white, 31 metres tall, with an emblematic total of 364 profiles with round bases. 46 of these are arranged around the perimeter, rising freely into the air for about 9 metres, creating the artificial forest the architects had in mind right from the start of the project not only on the outside but on the inside too, bearing the weight of the roof beams.
The aluminium façade is made of geometrically shaped profiles forming designs inspired by the traditional decorations appearing in the city centre, while at the same time recalling the city’s famous 17th-century Temple of Confucius. All with a champagne-coloured final surface.
But, in line with today’s trends, a library is not only for books and reading, and here, as in other libraries all over the world, there is also exhibition space and a permanent art collection, as well as a study room open 24 hours a day, 7 days a week, with a total of 130 seats, a multimedia library, a 324 seat theatre and a conference hall with 123 seats.
All crowned by four courtyards where readers can find a quiet corner in a garden even while staying inside the building, far away from the noise of city traffic. 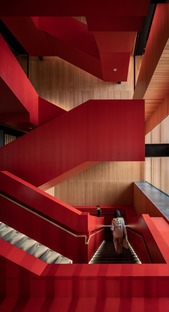 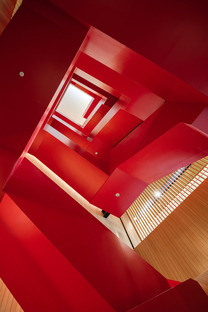 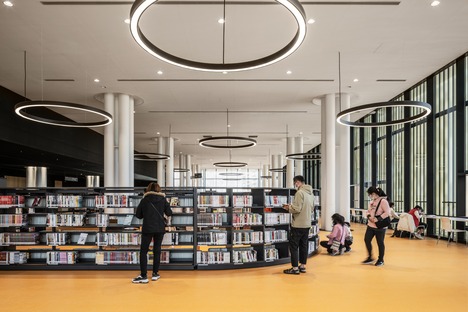 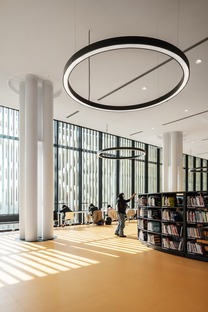 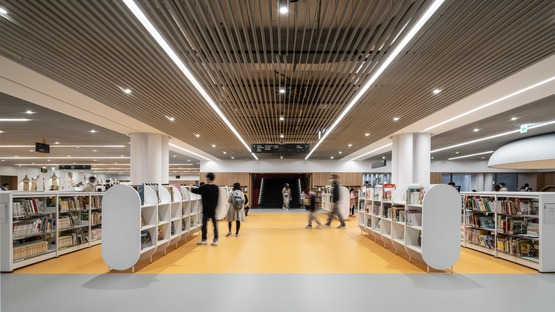 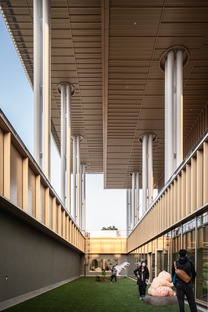 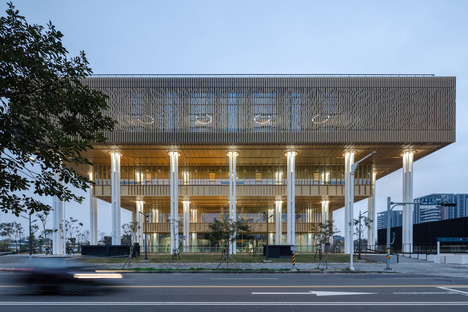 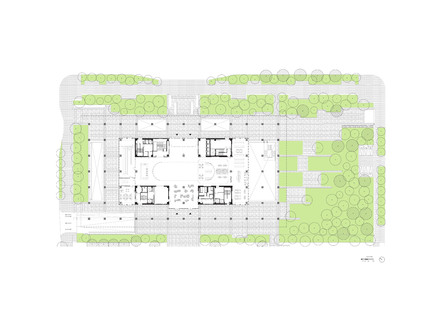 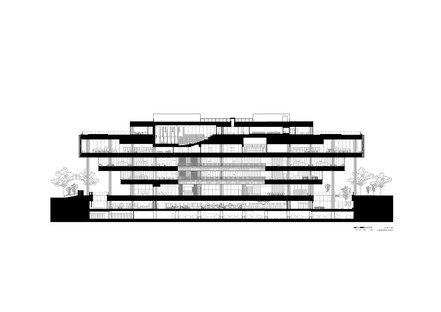 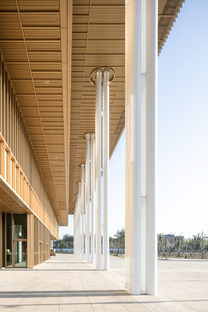 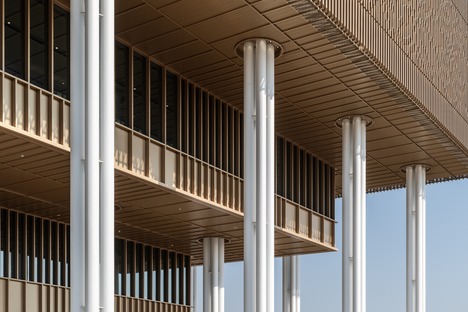 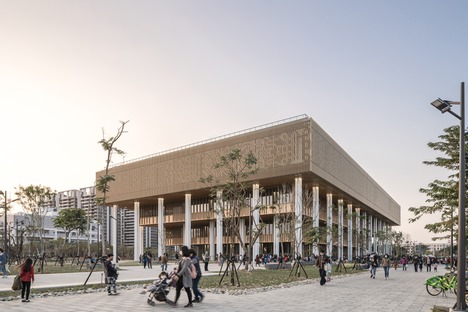 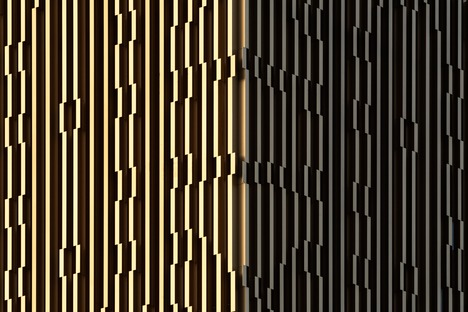 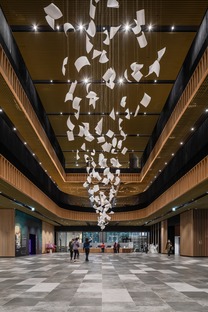 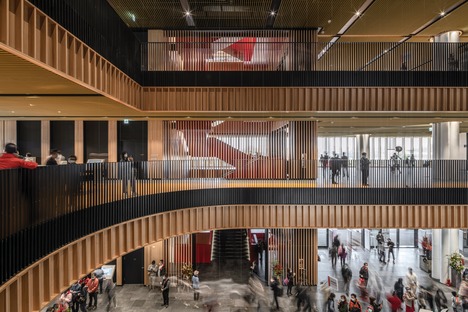