Mecanoo have built a white building made of prefabricated GRC panels in Cordoba, a new courthouse in a 21st century neighbourhood 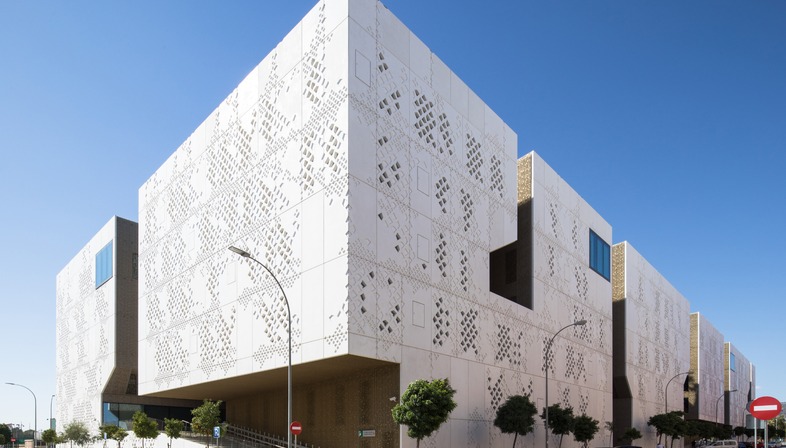 Mecanoo’s new courthouse in Cordoba, Spain is a big sculpted volume with prefabricated Glass Reinforced Concrete (GRC) walls decorated with geometric motifs featuring the Moorish designs characteristic of the city’s historic buildings. The big building has 48,000 square metres of floor space, not including two levels of underground parking, which bring the total up to more than 50,000 square metres.

This imposing construction was necessary, though a part of the space is set aside for future expansion; the building as a whole does not present any particularly innovative features, as the reinforced concrete structure of girders and pillars and the construction with “crowsteps” did not permit any major innovations. But the location of the courthouse in the Arroyo del Moro district north of the city’s historic centre, a district that has risen rapidly in the 21st century, finally gives the area an identity of its own. And so, as well as having to concentrate a large number of offices for many people, the building had to have a high-quality, highly resistant façade. Hence the choice of GRC, a composite material with a cementitious matrix consisting of concrete and fine-grained inert material, reinforced with fibreglass containing alkali-resistant zirconium, which serves to resist the alkaline environment of cementitious material.
The addition of acrylic copolymers gives the GRC sufficient impermeability to water and increases its durability. And so the sandwich panels, which correspond to the DRACE type in Spain, are 10 cm thick and are aligned all along the volume in an orderly fashion, giving the entire building an elegant sheen which does away with the menacing look typical of this type of building. 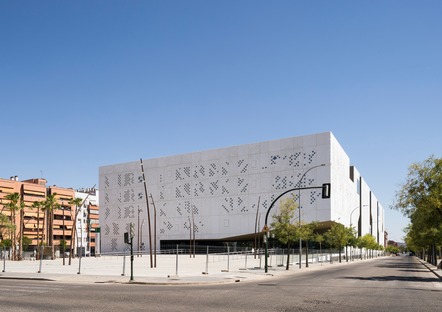 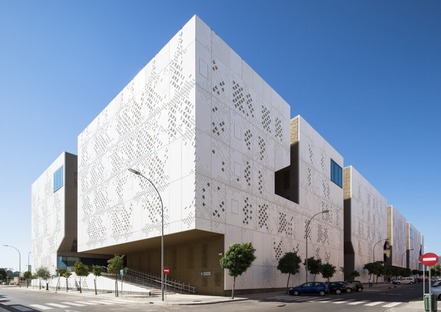 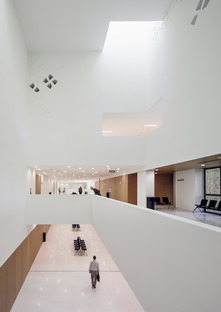 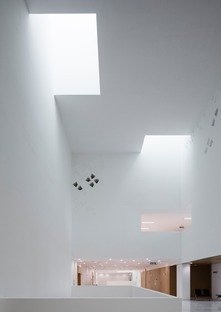 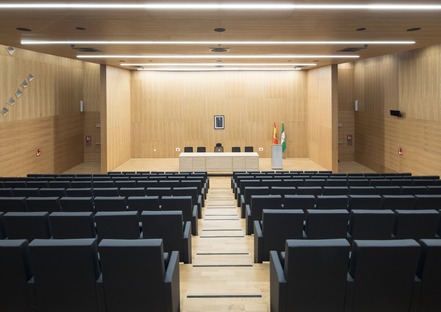 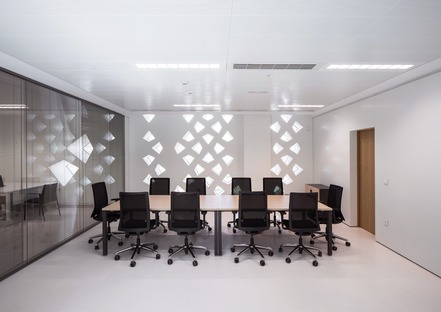 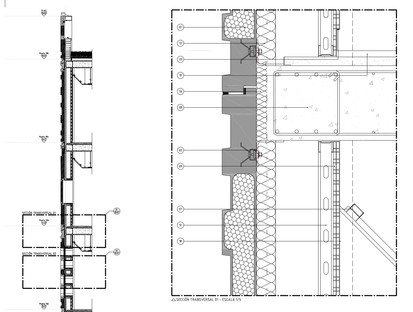 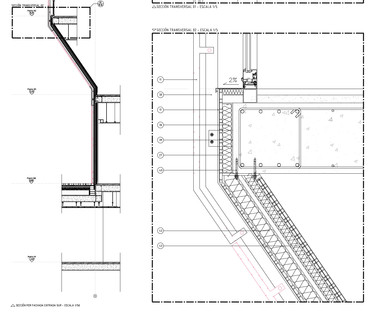 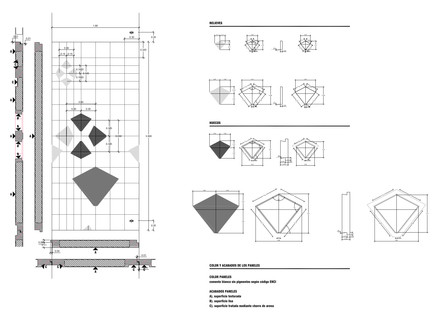 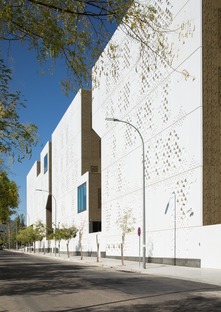 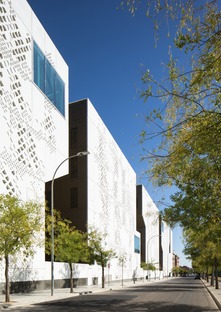 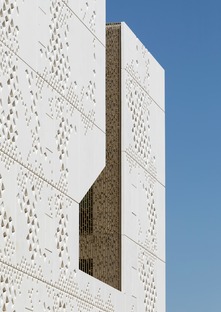 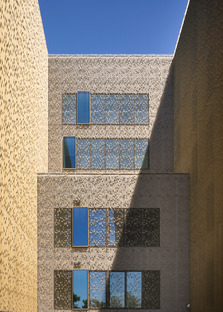 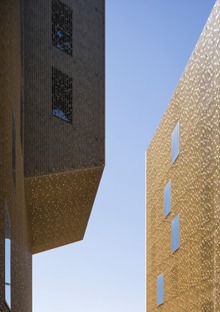 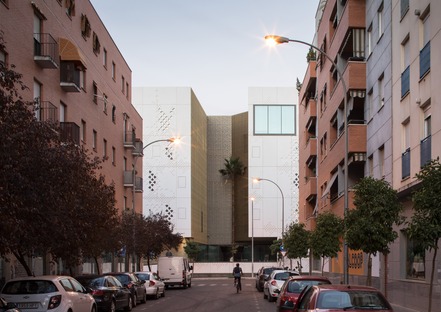 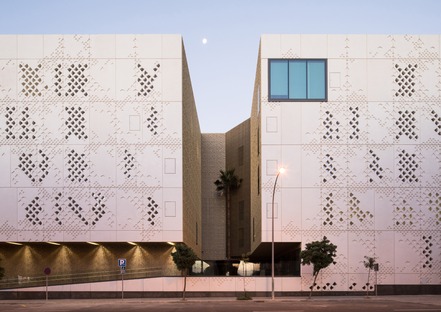 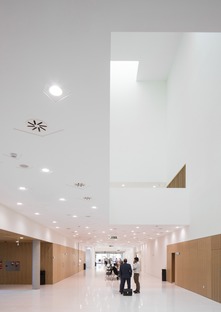