The Architects Series - A documentary on: Archi-Tectonics

New York studio Archi-Tectonics is the special guest of the summer at SpazioFMGperl'Architettura, the gallery operated by the Iris Ceramica and FMG Fabbrica Marmi e Graniti brands, with the third event in The Architects Series. At the opening on June 14, architect Winka Dubbeldam talked about the concept of “New Solids” inspiring the studio’s recent work. 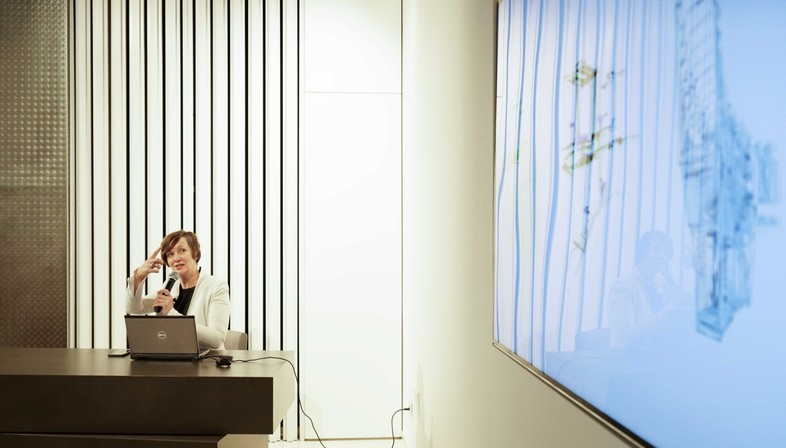 June 14 saw the opening of the third event in The Architects Series, the series featured in the 2018 calendar of cultural events at SpazioFMGperl'Architettura, the gallery and showroom operated by Iris Ceramica Group brands Iris Ceramica and FMG Fabbrica Marmi e Graniti.
The new video previewed during the evening took the large audience behind the scenes at Archi-Tectonics’ New York studio, after which architect Winka Dubbeldam talked about the concept of “New Solids” inspiring the studio’s recent work. 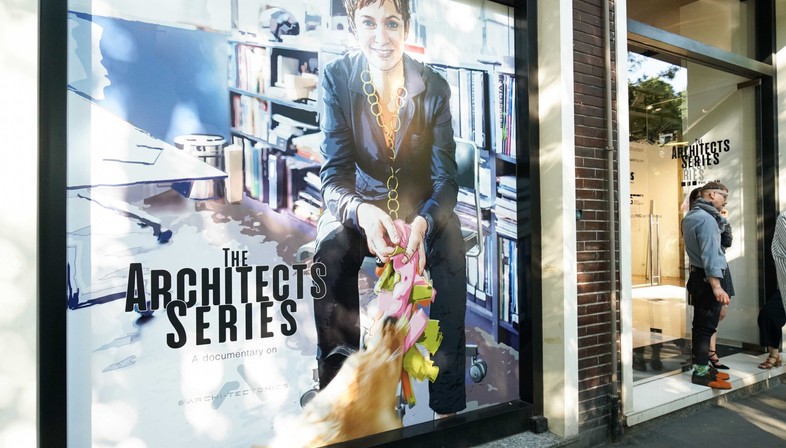 The studio was founded in 1994 by Winka Dubbeldam, architect, professor and head of the Architecture Department at PennDesign, the University of Pennsylvania School of Design in Philadelphia. In 2016 she formed a partnership with architect Justin Korkhammer, and the studio now has offices in New York, the Netherlands and China.
The name Archi-Tectonics recalls the etymology of the term “architecture” and the importance of teamwork for the architect; the studio consists of a team of architects, engineers and consultants in a variety of different fields who participate actively in all its projects. Every project is approached as a unique case in its own right, based on wide-ranging, in-depth research aimed at offering responses and solutions optimised for each specific project rather than a recognisable form of architecture making a statement about the studio’s style. 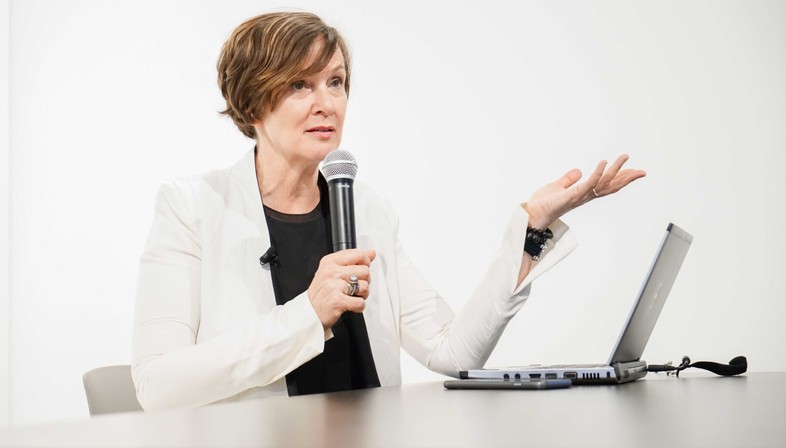 At SpazioFMG, the images appearing in the documentary, presented by The Plan, took viewers on a virtual tour revealing the studio’s modus operandi and design strategy and taking a look at a number of recent projects, some of which have been presented in the pages of Floornature. The audience discovered Inscape, a meditation centre in Manhattan’s Chelsea district offering a prototype for future meditation centres, and V33, a residential building in Tribeca, one of New York’s trendiest neighbourhoods. In this very interesting project Archi-Tectonics overturns and innovates the classic residential apartment building: V33 is based on the concept of the urban villa, in that each owner is free to customise the space as desired. 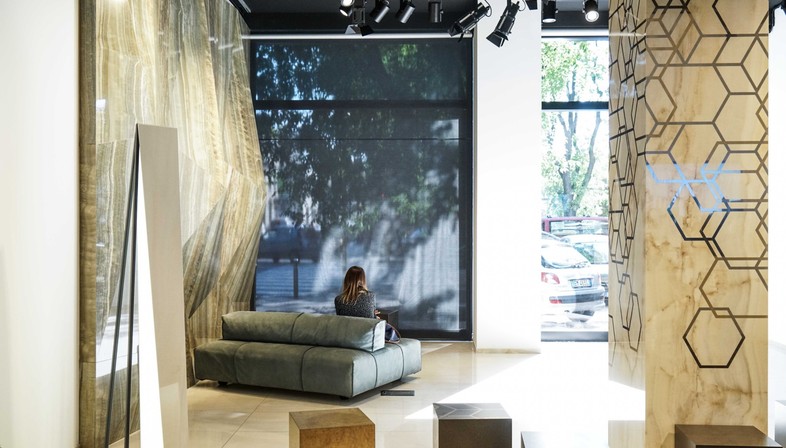 The documentary and the resulting conversation with Winka Dubbeldam focused on the theme of “New Solids”, a term Winka Dubbeldam uses to refer to the recent development “ of a new interest in solid bodies and massive plastic forms”, emphasising how these new soft but full-bodied solids, iridescent and transformable, offer more comfort than minimal objects. The new solids anchor us to the earth and surround us in a warm embrace. They are objects with a bold identity and character, which are never anonymous and informal, a symbol of the innovation and high quality achieved by the new production systems and by sustainable, ecological materials. The parallels with the research and innovation behind the Iris Ceramica Group’s production are perfectly clear!
In the course of her presentation Winka Dubbeldam emphasised that while architects’ design ability and knowledge is still of essential importance, the studio also makes use of advanced digital modelling and prototyping tools, which she refers to as “digital craft”. 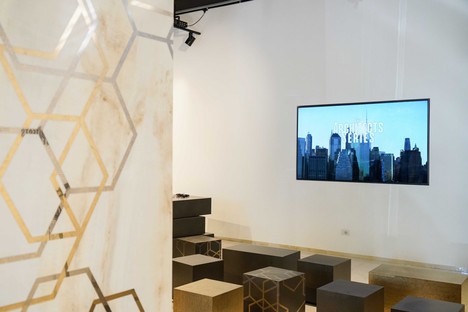 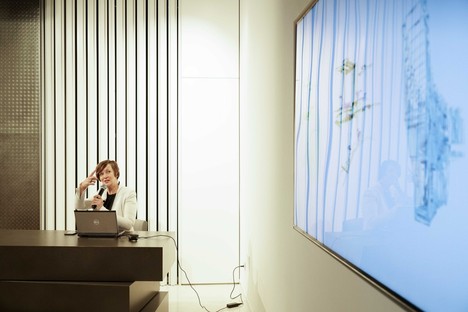 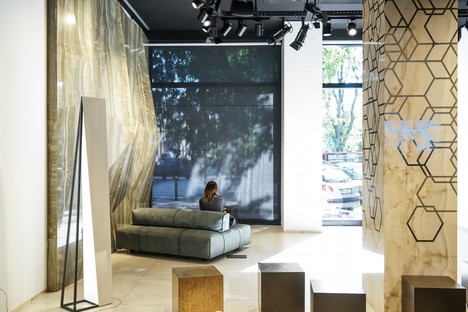 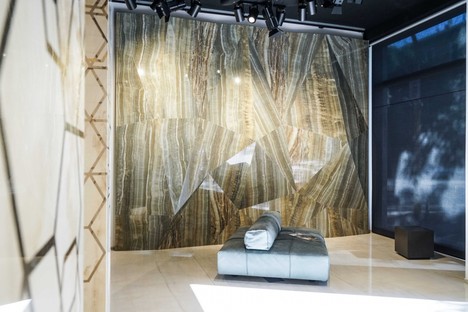 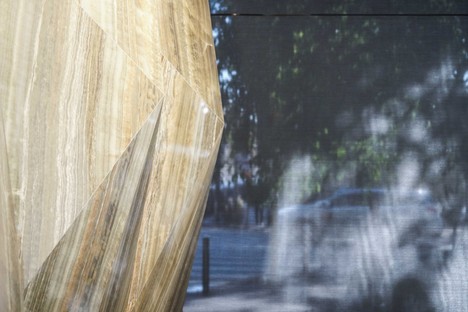 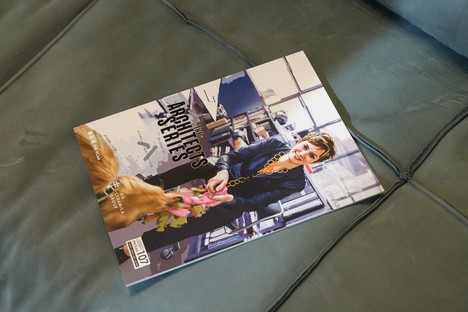 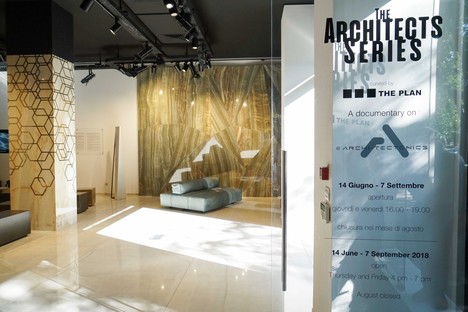 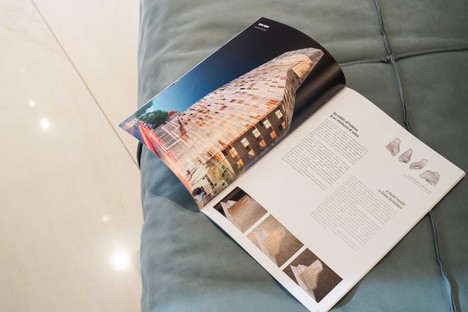 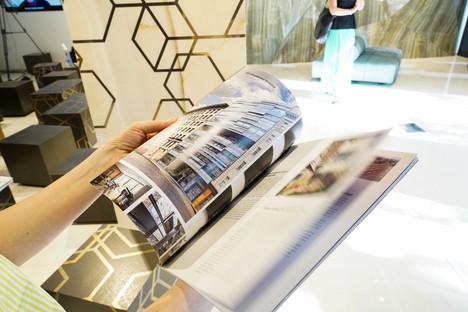 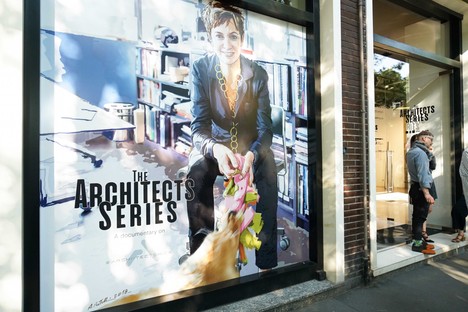 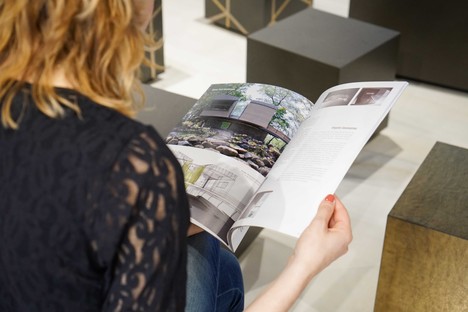 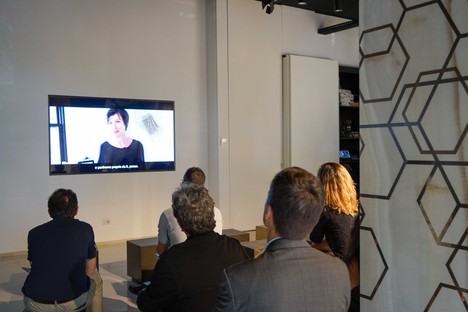 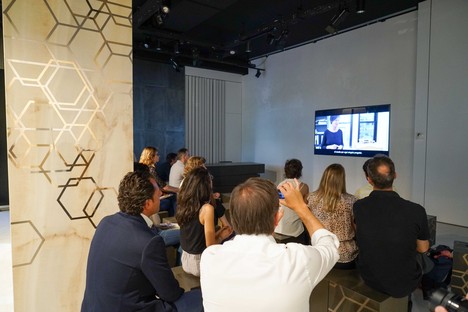 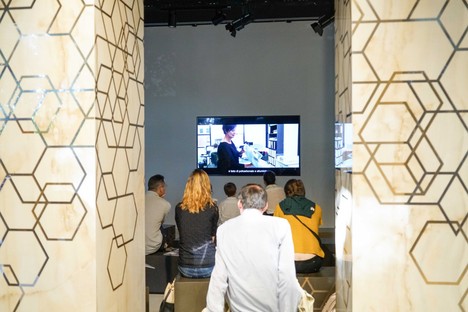 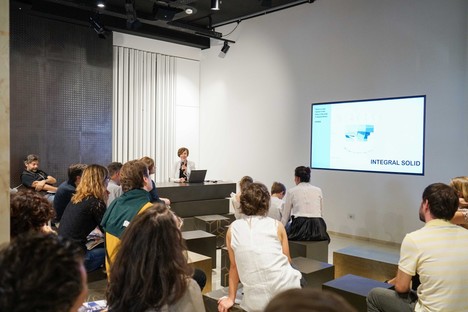 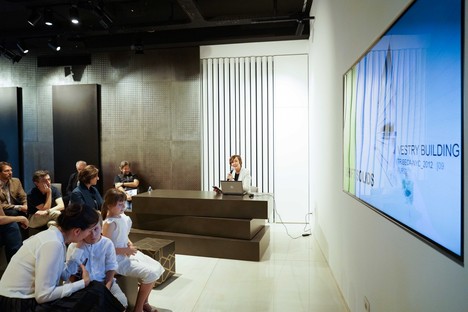 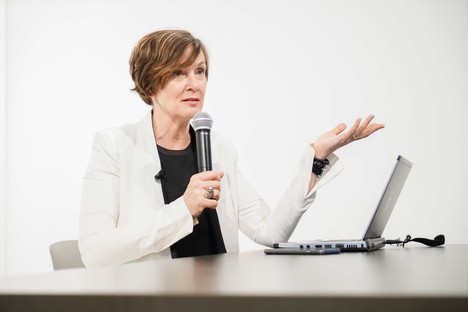 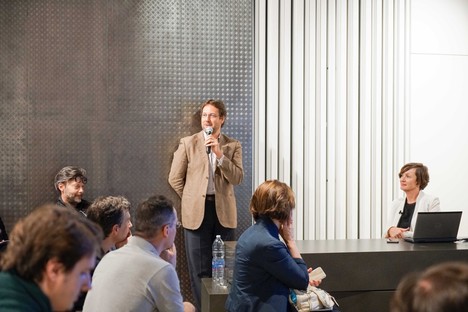