Guest of this appointment is Todd Saunders, considered one of the best interpreters of pristine Northern arctic landscape. Founder and principal of Saunders Architecture, Bergen-based studio in Norway, he has been ranked one of the ‘5 Greatest Architects Under 50’ by Huffington Post and 89 on the top-100 list of the best architects in the world.
His architecture, mostly residential and cultural works, national park landmarks, minimal contemporaneous sculptural statements, touches respectfully the ground, dialoguing with magnificent natural settings, developing powerful intense interaction between site and people. Widely internationally published, with two dedicated monographs, his realisations have been recognized by prestigious awards, as the Nomination for the Mies van der Rohe prize for best contemporary European Architecture, Architectural Review Award for Emerging Architects, Winner of Building of the Year for Archdaily.
We start our conversation from a kind of nomadic life that has characterised his undergrad and postgrad university’s years and the curious coincidence that brought him, animated by a restless desire for travelling and doing experiences in new places, to live and work in a city in Northern Norway with a lot of affinities with his hometown, in Canada. An aspect of particular interest is represented by his early obstinate and resolute ambition to realize an architecture he believed in that led him to several unexpected, exciting opportunities: the spectacular, impressive long wooden Aurland Lookout, hovering 650m, above the scenic Norwegian fjords, named one of the new 7 architectural wonders of the world and his involvement in the important charitable art program envisioned in support of Fogo, a small Island off the Northeast coast of Newfoundland, Canada. We focus on the noble mission intending to help the declining economy of the poor local fishermen community, offering economic and cultural resilience and on his several interventions scattered along the island, artists’ studios, cabins, lookout points, based upon the inherent cultural and physical assets of the place. We deepen in particular
Fogo Inn, rated best hotel in Canada for four years, and the third best in the world, that well embodies his concept of authenticity in architecture. Always remaining within a meaningful, philanthropic-based architecture’s framework, Saunders anticipates the fantastic project in progress in Fedje, Norway, an island the same size as Central Park: a wide plan that promises a series of interventions, including a hotel to preserve another small community of 540 people in danger of disappearance. As conclusion we touch the challenging relation between architecture and natural landscape, analysing the topic through the respectful language of a series of retreat homes built in another remarkable, superb environment at the foothills of Canada’s Rocky Mountain. 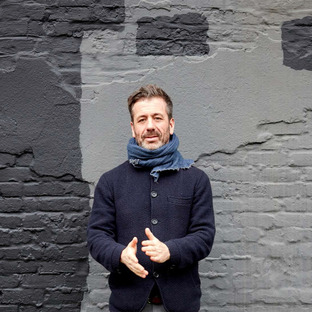 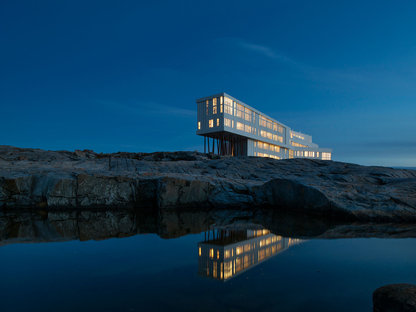 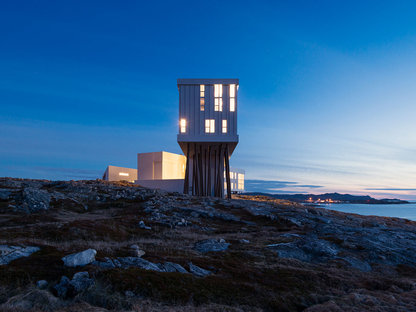 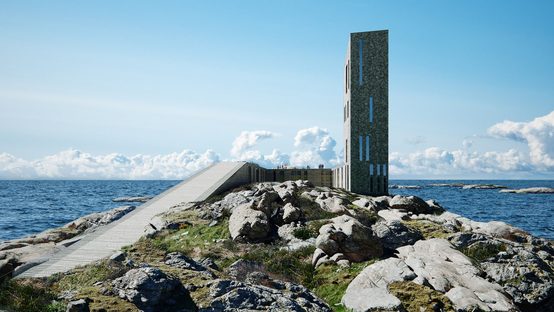 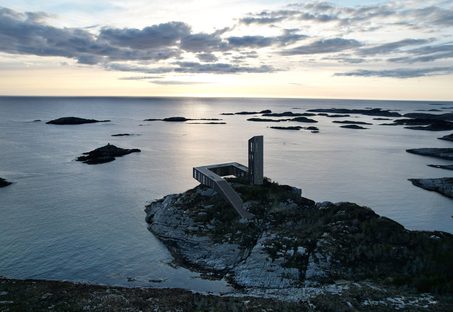 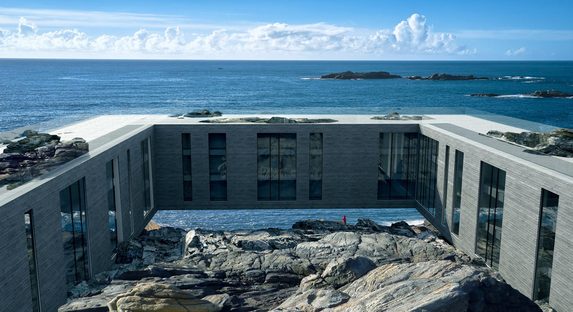 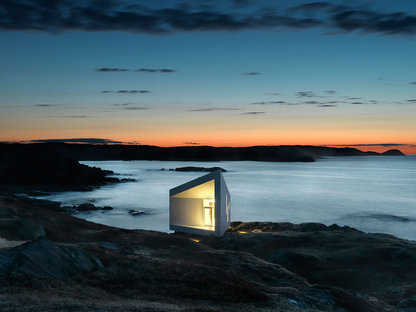 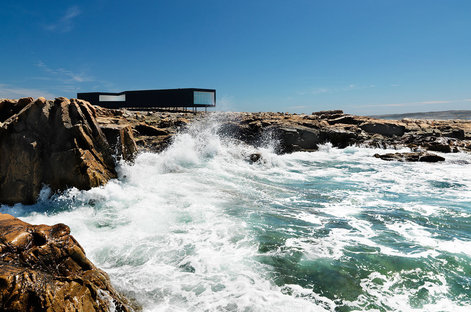 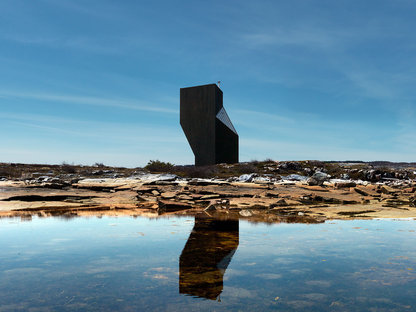