Guest of this appointment is Kirsten Ring Murray, one of the principals and owners of the internationally renowned firm Olson Kundig Architects. Founded in 1966 by Jim Olson, the practice, Seattle-based, with a new office in New York City, during the five decades of its existence has enormously grown, expanding its portfolio beyond residences, which was a distinctive part of their realizations, covering more than fifteen countries on five continents, from amazing natural locations to crowded urban contexts. Their versatile full-service design besides residences, often for art collectors, includes museums, academic and commercial buildings, hospitality, interior design, master planning and landscape. The narrative and the design approach, contemplating the relationship between dwelling and landscape and encouraging the connection between people and surroundings continue, whether in a natural habitat or in an urban metropolis, bringing context to its existence and purpose, creating an experience of place, even along the street.
Careful consideration of topographical and climatic conditions, use of materials worked in close collaboration with craftsmen and artists, leaving frequently, on purpose, visible maker’s hand signs are the main ingredients, contributing to tell an authentic story of the place.
The firm recognized by the AIA with the National Architecture Firm Award, has been named 4 times one of the Top Ten Most Innovative Companies in Architecture by Fast Company and included on the AD100 list 14 times. The owners have been honoured with some of the nations and world’s highest design awards: Jim Olson, the Seattle AIA Medal of Honor, Tom Kundig a National Design Award in Architecture from the Cooper Hewitt Smithsonian Design Museum, an Academy Award in Architecture from the American Academy of Arts and Letters, inductions into Interior Design Magazine’s Hall of Fame and the AIA Seattle Medal of Honor, only to mention a few. Their works published worldwide by the most prestigious magazines, on the covers of The New York Times magazine, ARCHITECT, Architectural Record, Architectural Digest, Wall Street Journal are collected in four monographs.
Our guest, Kirsten Ring Murray, has realized a range of project types, nationally and internationally published, and awarded. She has received many AIA Honor Awards, in recognition of her contributions, playing a particularly relevant role in the firm’s culture, expanding the boundaries of the corporatist spirit, pioneering programs, and injecting vital energy into core activities.
The conversation starts exploring a background that may have led Kirsten to become an architect. Grown up, experiencing various places West of United States, passionate about drawing and reading, with a keen interest in science fiction, was particularly attracted by the environment as landscape, by an organic architecture tendency emerging at that time in Colorado, with the main attraction for Paolo Soleri’s arcology and curiosity in the experimentation of arts and craft of Modernism.
Joined the studio in Seattle in the late ‘89, a studio of 11 and now of over 250 people, she was drawn by different reasons as the firm’s legacy grounded on craft, integration of architecture and art and always felt very comfortable in a place, where conversation and dialogue were highly appreciated and the individual expression unusually respected and encouraged.
Challenging and active, the practice has over the years maintained this distinctive note, believing in the importance of debate and considering a precious opportunity to work with different personalities, many individual voices in a synergistic effort. Great contribution to strengthen teamwork collaboration and to open a dialogue with the external community goes to Kirsten, who has promoted a series of original and successful initiatives, especially through [storefront], a common space, part of their office building, transformed into an authentic laboratory of exchange and experimentation.
We dwell then on the physical ambiance of their studio in Seattle, able to transmit with an extraordinary legibility an identity, mainly based on a continuous evolutive process and we analyze, in this regard, their capability to translate the peculiar character and core values of a company and its team in every workspace they realized. We dedicate a special reference to the recent LeBron James Innovation Center at Nike World Headquarters in Beaverton, Oregon, a new construction, that brilliantly communicates the brand's agenda of speed, innovation, craft, fostering collective collaborative spirit and to the conversion of a historic building into a new dynamic, healthy and versatile environment, in the respect of individuality, for a provocative New York City Media company. Search for custom-made solutions, kinetic elements, exposed ‘mechanical wizardry’ and exquisitely refined, detailed finishes, visually and emotionally engaging, is an important peculiarity of the practice, especially of Tom Kundig, often referred to as a 'maker architect’ and Kirsten explains the relevant and fascinating potentialities that this creative ‘pre-digital’ process embodies.
Architect as a ‘mediator’ between nature and built, able to offer continuity between indoor-outdoor and authentic immersive, intimate experiences in the place, mediating rationality and poetry is another integral aspect of their design approach, that we explore in regard to residences, especially in magnificent and powerful natural contexts, as Slaughterhouse Beach, in Maui, Hawaii.
Among extraordinary, at top commissions that have involved Kirsten, from practitioner to principal, there is an affordable condominium, conceived almost 15 years ago, 1111 East Pike, that, despite the economic constraints, still impresses for its innovative and fresh unconventionality, its visual appeal and flexible internal solutions, revealing a passionate commitment to enrich with any architectural gesture everyone's life.
We conclude the conversation with a particularly rewarding project, Paradise Road Housing at Smith College, five apartment units arranged around a central courtyard, forming a community not only between students but between the campus and the larger Northampton community. A LEED® Gold housing complex intended for self-sufficient seniors and students, celebrating inter-generational social interaction and connections. 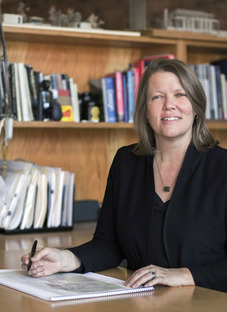 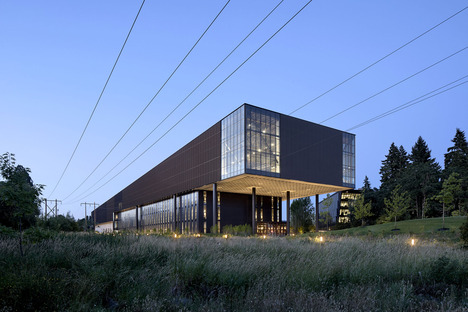 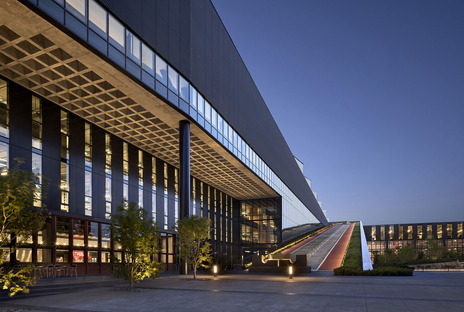 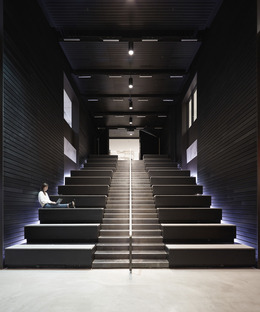 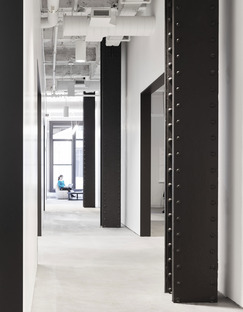 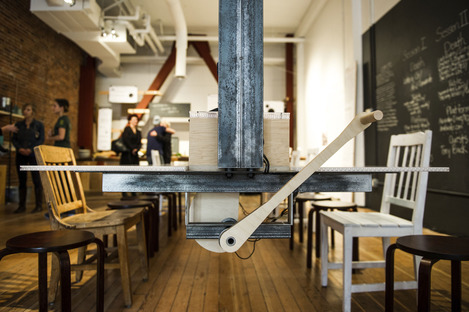 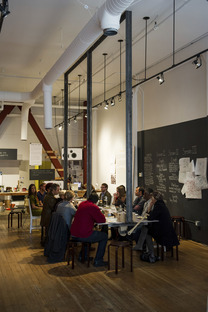 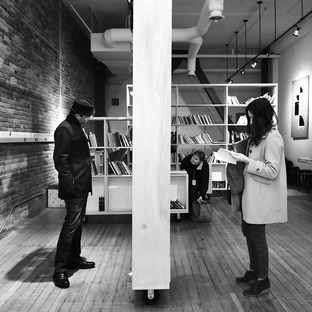 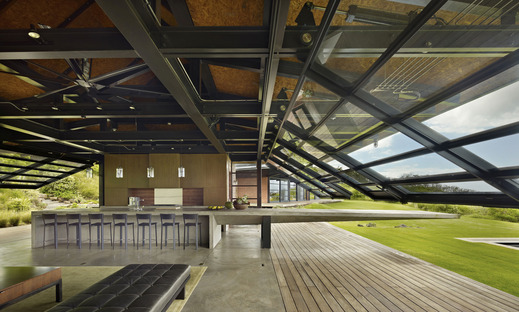 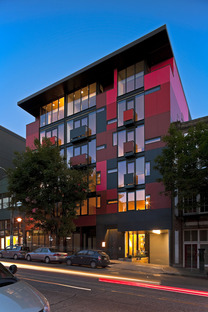 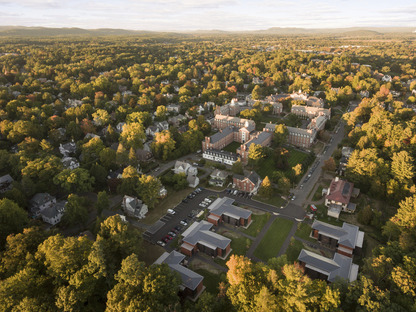 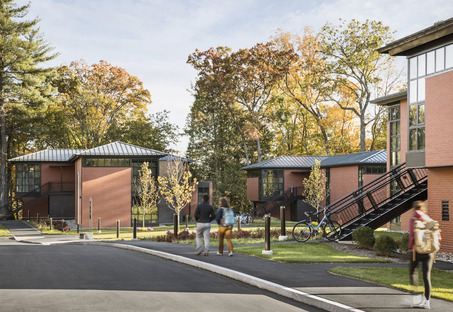