Guest of this appointment is a young Korean architect who, endowed with a distinctive personality, has realized interesting works marked by a loud identity. Jo Jinman, graduated from Hanyang University, Seoul, with a later degree from Tsinghua University, Beijing in 2014 and founded his own, eponymous practice, Jo Jinman Architects.
He has participated to national exhibitions and won several competitions, acknowledged with the ‘National Young Architect Award’ by the Ministry of Culture, Korea, 2015, ‘Korea Public Building Prize', 2016 and ‘Korea Progressive Architect Awards’, 2017, by the Ministry of Land and Infrastructure, ‘Seoul Architecture Award’, 2018, by Seoul Metropolitan Government, World Architecture Award, 2019, World Architecture Community, 'Emerging Architect Awards’ and 'Design Vanguard’, 2019, from Architectural Record.
His architecture, against the limitations of a simple function, explores challenges and expectations of society, proposing energetic spaces, open to be adopted and developed over time by the people themselves and mostly seeking a continuity between indoor and outdoor.  A complex simplicity characterizes his work, aiming to offer new, alternative possibilities and creative solutions.
He has worked for several years as Public Architect, for Seoul Metropolitan Government, dedicating his efforts to implement connections between people, city, and nature. Adjunct Professor at the Hanyang University of Seoul (2013~2020), and in 2022 at Taylor’s University, Malaysia, he has recently published ‘Notes of a provocative architect, Jo Jinman.’
The conversation starts from the period of his post-graduation, a moment represented in Seoul by a massive building development, mainly represented by economic speculations, and his need to reflect about his future responsibilities as architect towards society. A change of environment has brought him to Beijing, for a Master at Tsinghua University, and a working experience at IROJE Architects & Planners, and after some years to OMA, Rotterdam, as senior architect: two different experiences that have positively impacted his formative growth. Return back to Seoul, in 2014, he established his firm, realizing several public interventions, according to an idea of architecture continuously evolving and transforming, eliminating barriers, especially between nature and people, and encouraging relationships. An architecture able to offer hybrid spaces where unplanned things happen.
Naesoop Library, a public space open to four completely different sides, growing from a hill, spontaneously fragmenting and adapting its shape to the complex topographical situation, emphasizes, attuned to his design’s philosophy, the permeability between inside and outside and the potential to enhance multiple functions, breaking the traditional paradigm of a library as austere environment of silence.
We focus then on a research he led years ago, as public architect for Seoul Metropolitan Government about leftover spaces still available for public interventions in the dense Seoul central area, that has identified a series of empty highway underpasses, offering a possible multifunctional network of reconnections in the urban fabric.
Two other projects, Riverside Apse, a small iconic café, and Changshin Quarry Viewing Gallery, a simple but impressive, cantilevered observation deck, have been conceived as gestures to bridge past and present, with concern about historic parts of the country, in need not to be forgotten.
The special unique identity of K2 office tower, imposing its striking, refined silhouette in a congested part of Seoul, is Jo Jinman’s response to the challenging difficult limitations of a narrow site. A harmonious monolithic presence, balancing complexity and simplicity, an extremely creative, elaborate work of technology and craftsmanship, cloaked by a light mantle of repeated, perforated thin cement louvers.
Restrictions and demanding situations are for Jinman particular stimulating starting points, that he brilliantly solves with extremely original and pleasant solutions, as in the case of other two residential projects, Layered Terrace House and Nine Wall House, both addressing multiple needs of three-generation families with special minimalist and elegant, distinct formal languages, embracing nature, light and various dynamic creative possibilities able to enrich daily life of the residents. 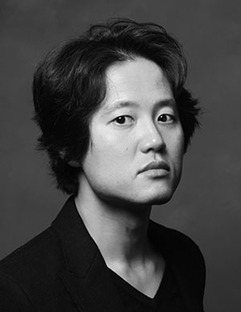 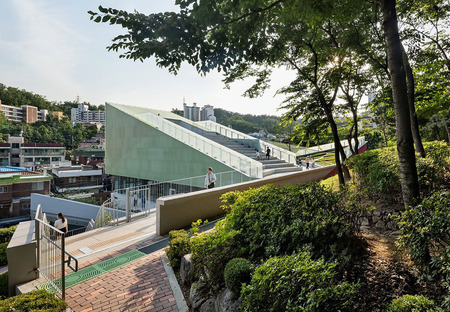 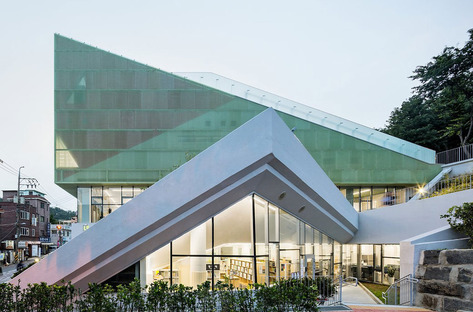 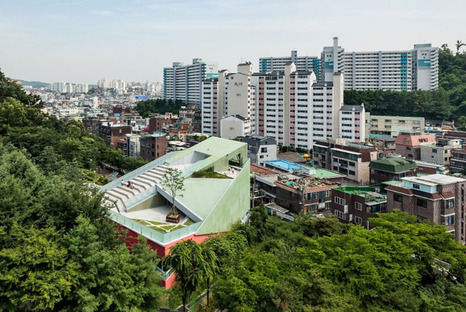 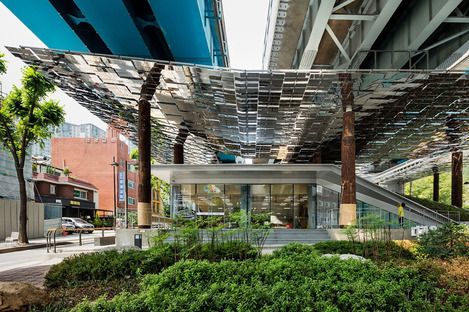 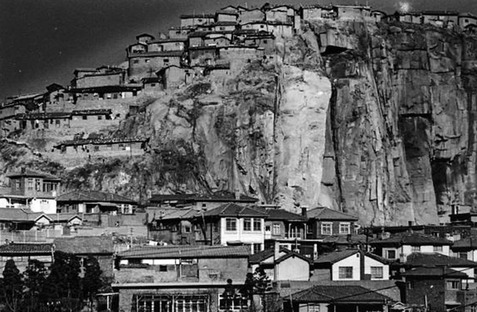 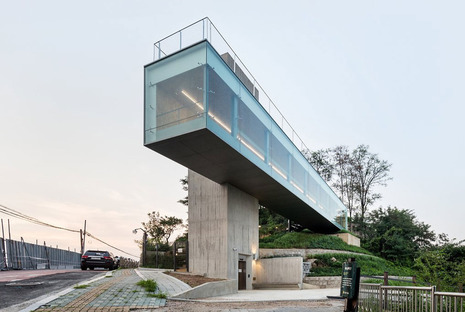 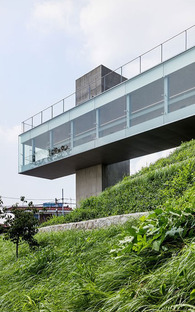 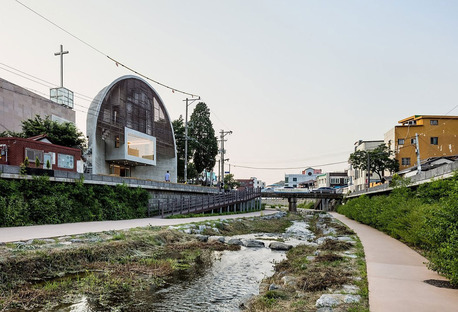 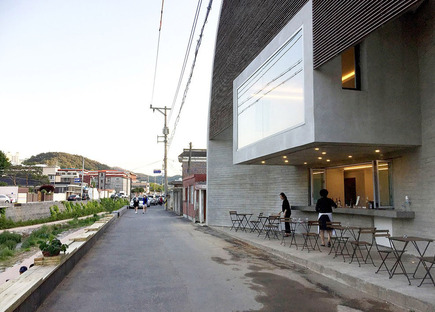 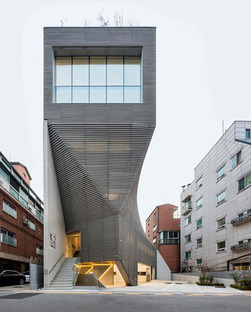 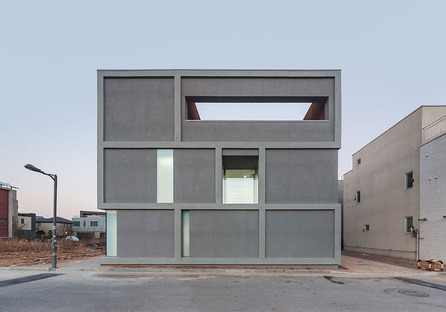 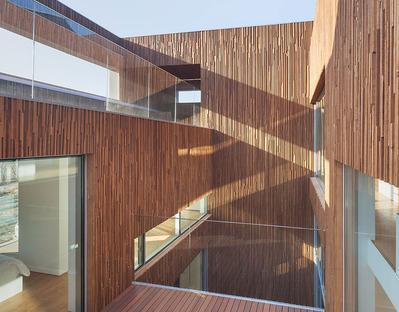 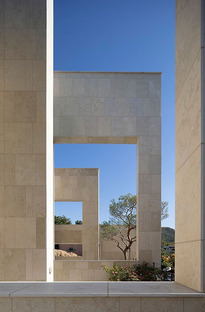 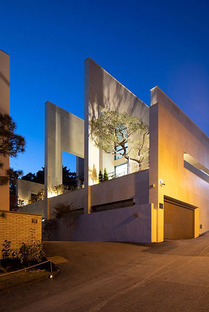