Guests of the podcast are two young Mexican architects, Loreta Castro-Reguera and José Pablo Ambrosi, co-founders in 2010 of their Mexico City-based architecture and urban design studio, Taller Capital, TC. Deeply concerned about a dramatic water problem that is afflicting Mexico, and the capital in particular, a water management system insufficient to solve extensive and frequent floods during the rainy season and, at the same time, unable to satisfy the water’s need of a population of more than 22 million residents, they have started a relevant research-based exploration, since the first years of the university, that has led them to develop solutions capable to transform water management and culture. As integrative support of the underground hydraulic drainage engineering system adopted for the city, one of the largest in the world, their philosophy, centered on the efficiency of ‘hydro-urban acupuncture’, has inspired small interventions, integrating retroactive soft hydraulic infrastructures with public space, as recreational parks, implemented with low budgets in areas of dense populated, neglected peripheries.
Their research, started from the academia, has continued with the support of important scholarships and prizes, and with the collaborations with universities and other institutions.
For the important challenges they addressed and their sustainable and innovative approach, they have received prestigious awards such as the Global LafargeHolcim Award Gold 2018 and LafargeHolcim Award Gold 2017 for region Latin America, shortlisted for the 2020 Architectural Review Emerging Architecture Award, and winners last year of the Architectural League’s annual Emerging Voices, finalists for the World Prize of the 2020 Quito Architecture Bienial and recipients of the silver medal at the 2017 Mexico City Bienial for their Eco Pavillion installation.
Loreta, after a Master in Architecture form Mendrisio Academy of Architecture and a Master in Urban Design with Distinction from the Harvard GSD, has been invited as guest professor and speaker to several institutions in America and Europe and has written essays and articles for several magazines and books.
We start our conversation with curiosity from my side to deepen the main reasons that have led Mexico City, born like a settlement on water, to confront this crucial, paradoxical situation of excess of water during the rainy season and severe scarcity of drinking water. We dedicate then attention to their innovative, resilient approach to water’s management, focusing on a project in Nogales, Represo, that, far from the coerciveness of a hard system, integrates infrastructural solutions with recreational, interactive spaces, offering a new paradigm of adaptability and trying to get the idea accepted of respecting natural rhythms.
We dwell then on the other two parks, realised one in Tijuana, Baja California, and the other, Parque Bicentenario, in Sierra Guadalupe, plus the Parque Hídrico Quebradora, still under construction, all adopting different systems of water management but sharing a common concept, intending to combine place of treatment and recreational place for people.
The aesthetically appealing act of respect paid to marginalised and ignored neighbourhoods by these public water treatment-parks, attentively curated, despite limited budgets and the austerity of materials, always local and most of the time recycled, represents another crucial point, able to confer an identity to these severely lacerated urban and social fabrics, engaging the community, restituting dignity and nurturing a sense of belonging.
Loreta and José talk also about the great determination that has led them to realise their Eco Pavilion, a meaningful installation conceived with the deliberate intention to raise public awareness about the giant underground drainage tunnel system of Mexico City and the Hydric Pavilion, another interesting opportunity, strategically manipulated, for divulging water culture.
We conclude talking about a small intervention in the town of Juchitan Oaxaca, affected by a terrible earthquake happened in 2017: a project of great respect toward the community, embodying multiple opportunities of rebirth and their attempt to offer, with their residential works in Mexico City a daily life more in dialogue with nature even in the congested context of the megalopolis. 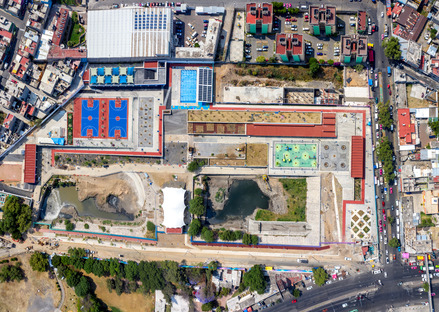 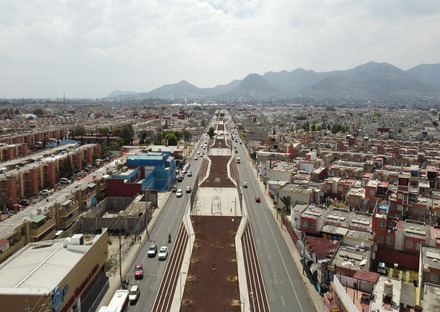 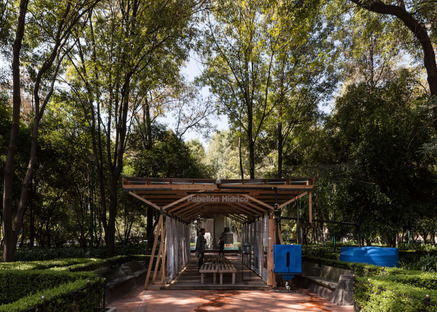 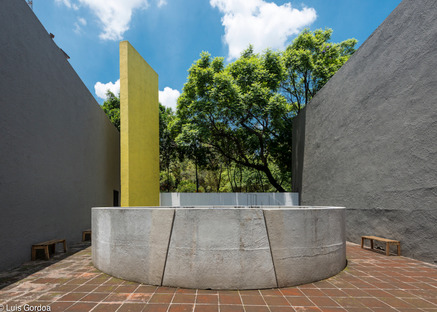 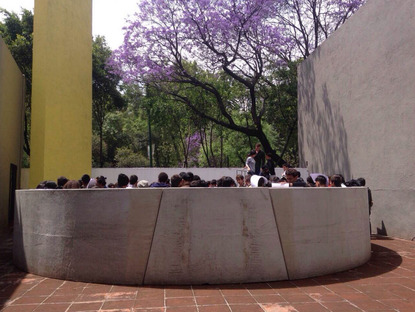 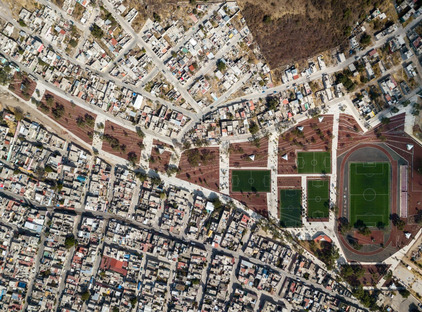 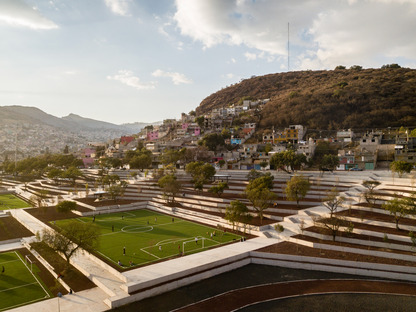 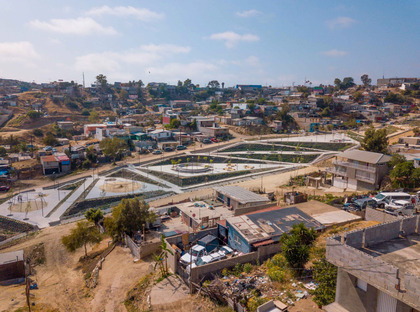