The ADI Design Museum was inaugurated on May 25 in Milan, a new cultural hub for the city focused on narrating and promoting the Italian design system. The Museum will house the historical Compasso d'Oro collection, which consists of selected objects from 1954 to today, together with temporary exhibitions, thematic series, workshops and other events. The museum will also be home to a bookshop and a workshop for school-age children.

On May 25 the new ADI Design Museum was inaugurated in Milan. The museum is intended to be a new point of reference for the world of Italian and international design, as well as a new cultural hub for the city focused on the narration and promotion of the Italian design system.

The support pillar of the museum’s narrative structure is the historical Compasso d'Oro collection. The famous Italian industrial design award was established in 1954, inspired by Italian architect Gio Ponti’s original idea.The award logo was conceived and designed by Italian designer Albe Steiner, inspired by physicist and painter Adalbert Goeringer’s compass and by the "divine" Golden Ratio, while the physical award handed out to winners was designed by architects Marco Zanuso and Alberto Rosselli. After the first editions, sponsored by the high-end La Rinascente stores, in 1958 the award was entrusted to ADI (Association for Industrial Design) and later to the Foundation with the same name, established in 2001. The Historical Collection is currently composed of 2,300 products and projects: works that have been selected for the Compasso d'Oro Award from 1954 to today, including 350 winners and numerous honourable mentions in the various categories. A collection recognised as being “of exceptional artistic and historical interest” by the Italian Ministry of Culture and therefore considered as part of Italy's national heritage. Indeed, the Compasso d'Oro historical collection represents an up-to-date snapshot of the world of contemporary design, one that continues to grow enriched by the new works selected every two years for the prize bearing the same name.
The new museum is also closely tied to the redevelopment of an area found in a strategic location in Milan, characterised by a strong architectural and urban impact. The museum was built by renovating and making the best possible use of the existing elements of an industrial archaeology site, a property dating back to the 1930s, previously used as a storage area for horse-drawn trams and later as an electricity distribution plant. The building, which covers a total area of just over 5,000 square metres, has been arranged into exhibition and museum conservation spaces, offices and services offered to the public consisting of a cafeteria, bookshop as well as meeting places.

Several professionals were involved in the construction of the museum: the building restoration project was designed by architects Giancarlo Perotta and Massimo C. Bodini, while the works management was carried out by Carlo Valtolina from the Archemi studio. The installation project for the historical Compasso d'Or collection housed within the ADI Design Museum, the logo and the brand identity were part of a national competition launched in 2013 and won by the Migliore + Servetto Architects studio, in collaboration with graphic designer Italo Lupi. The installation projects for the other exhibitions housed by the museum have been designed by the Studio Cerri, Massimo Curzi, Gianni Filindeu, Carlo Forcolini and Marco Romanelli.
Giulio Ceppi, on the other hand, was in charge of the museum’s accessibility project for visitors with disabilities, while the cafeteria and bookshop project, located inside the museum, was completed by Marco Ferreri.
At the entrance of the museum, the permanent installation, inspired by the Golden Ratio, was designed by the Studio Origoni Steiner, while the two video-installations are the work of IED (European Institute of Design) and the Politecnico di Milano. 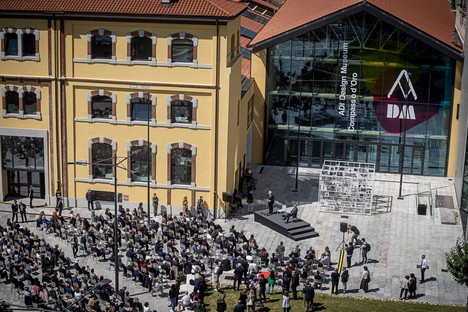 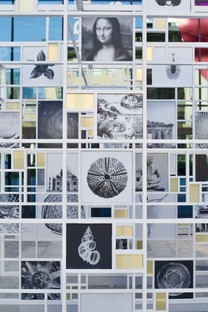 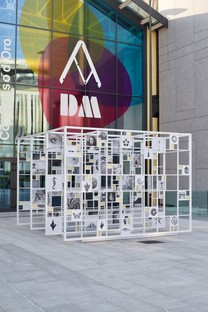 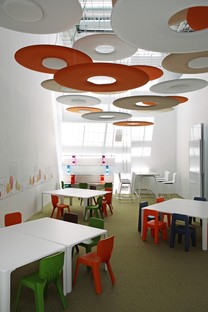 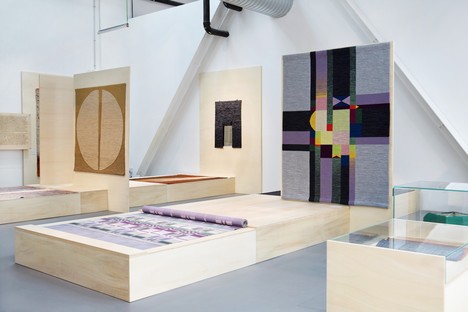 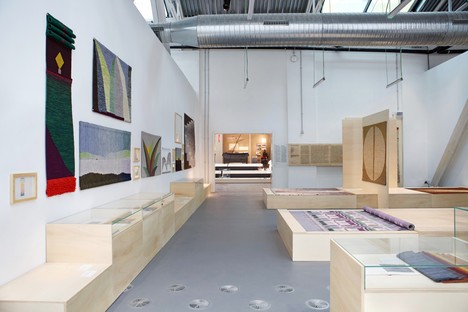 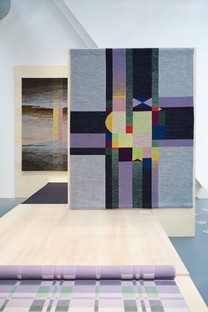 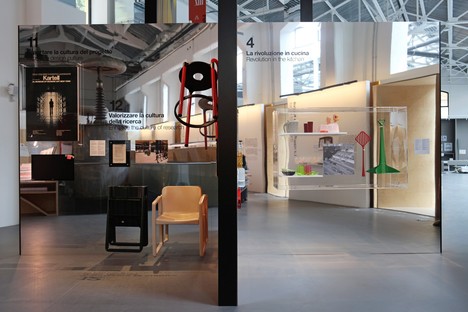 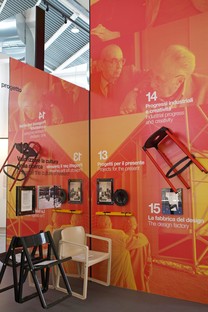 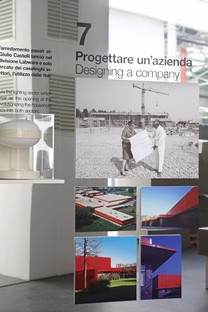 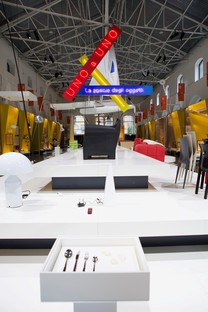 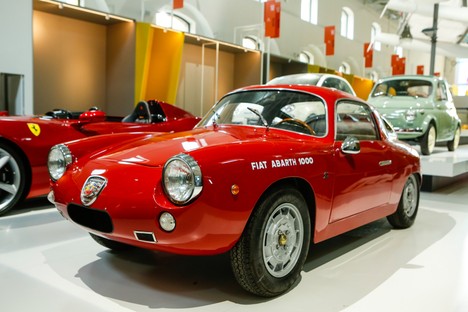 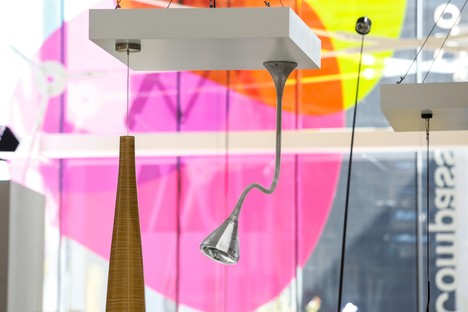 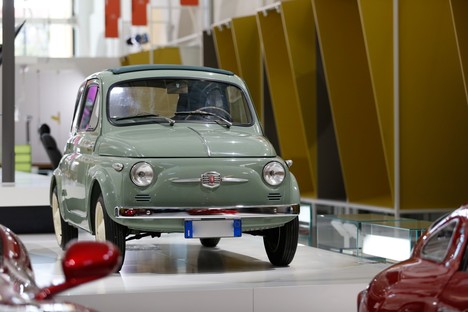 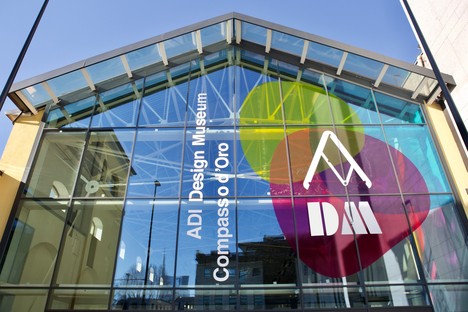