Àcrono Arquitectura has redeveloped the public market in Baza, Andalusia

Baza, a small town to the west of Granada, has a new municipal market. The recently-founded firm Àcrono Arquitectura was responsible for redeveloping the existing market, and had to deal with a limited budget, as well as the issues of sustainability, accessibility and visual permeability of the urban setting as required by the call for applications. This new market has the task of stimulating the revival of the historical centre, which is plagued by depopulation. 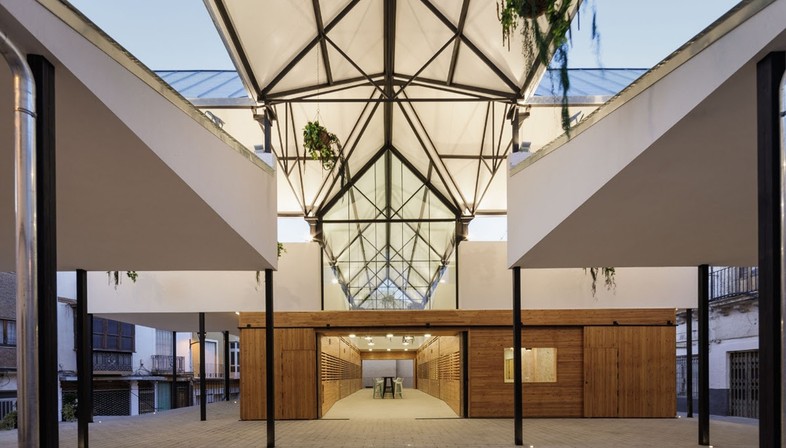 Àcrono Arquitectura is a multidisciplinary firm located in Granada, Jaen, Malaga and Almeria. Founded last year by four up-and-coming young architects, it has managed to make a name for itself by winning a few interesting projects, the first of which - in chronological order - was the municipal market in Baza.
Following the awarding of the first prize in 2017, after the development of the executive project and the construction itself, the town now has a new public market. The site designated by the call for applications was the same as the old market, which had fallen into disrepair: a prime area in the historical centre, a square with a complex shape, surrounded by buildings of medium height. The location was therefore one of the most significant constraints on the design, as, in addition to the difficulty of integrating the building into the urban environment, there were several aspects of the brief to take into consideration at the design stage. As such, Àcrono Arquitectura had to pay careful attention to a variety of factors, including: environmental sustainability and energy efficiency; accessibility, which is not a given in a square characterised by a considerable incline; maintaining the original image of the building and visual permeability. Indeed, by placing the imposing architecture in a modestly-sized square, it would have been easy to create barriers. The solution designed by Àcrono Arquitectura involves half of the building remaining open, allowing passers-by to look from one side of the square to the other.

Bearing these premises in mind, the team of young architects set to work, creating a design that uses both spaces and materials with great care. The market area was split into two parts: one enclosed, and the other merely covered. Additionally, a lower-ground basement level was made into a space for young people and social integration.
The plan shows three aisles, including a double-height central one. This configuration is the reason for the near-obligatory decision to place the commercial units in the lower-ceilinged side sections, so as to leave the higher central aisle free as a convivial space for people to wander around. A design expedient incentivised by the presence of high tables and seating.
When redesigning the interiors of the market, the architects wanted to create every part of it made up of counters, walls, openings and horizontal surfaces, as if it were a single piece of furniture composed of multiple blocks, tailor-made to fit into the pre-existing structure. As such, all the stalls inside the market are made with panels which fit perfectly into the particular shapes of the side aisles. And that’s not all: to reduce costs, the material chosen was chipboard. This was, however, veneered on the outside, which is visible to the public, with strips of a more attractive and valuable wood. Where the stalls leave space for the walls, at a height of around 3.5m, their wood leaves space for the whiteness of the plaster, creating a pleasant visual contrast.

Also, the enclosed housing - the same one which houses the stalls - can be heated in winter, but in the south of Spain, this is only necessary a few months of the year. For the rest of the time, in the warmer months, the enclosed part can open onto a large open-air patio where other stalls can be set up, thus creating a further dimension of conviviality. Finally, the continuity between the two areas is ensured by the pitched roof, built on two disconnected levels between which a gap allows for air to circulate, as well as natural light to enter.

An interesting fact about the roof: despite being the link between the open and enclosed areas of the market, it is also the element which differentiates the market from the rest of the town. It is no accident that in one of the aerial photos provided by the architects, it is clear that the metal cladding in Baza is unique, especially in the historical centre, characterised by the red and brown of its roof tiles, both old and new.

Last but not least, the social issue. Baza has experienced a problem of depopulation in recent years. A vicious circle by which businesses closing led to the centre being abandoned by the townspeople, and vice versa. Now, with the opening of the new market, there will be one more opportunity to breathe new life into one of the most attractive and important neighbourhoods in this small Andalusian town. 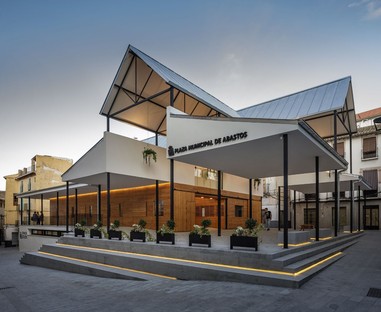 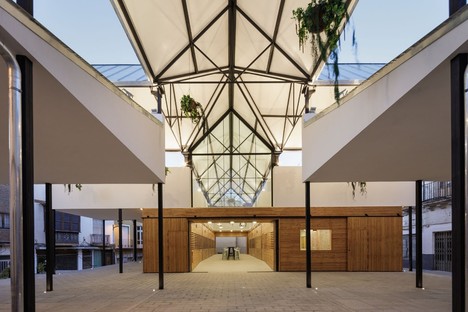 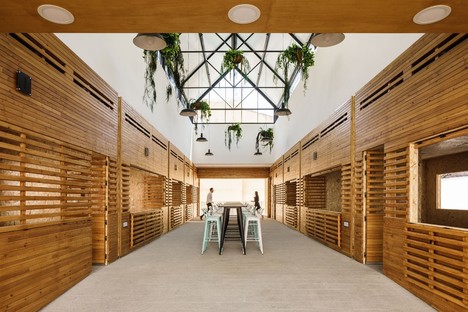 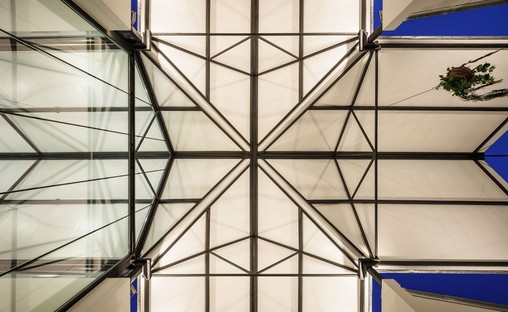 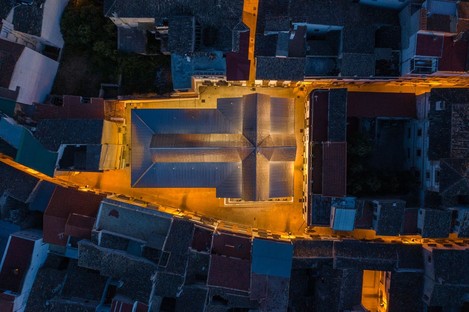 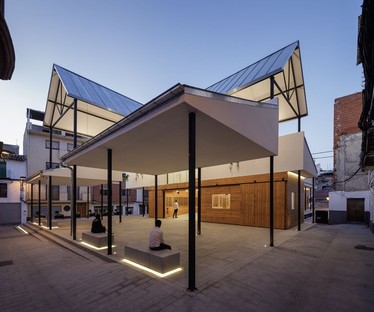 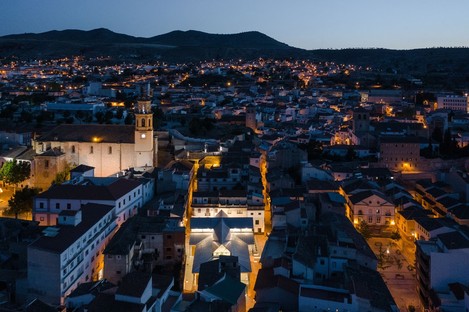 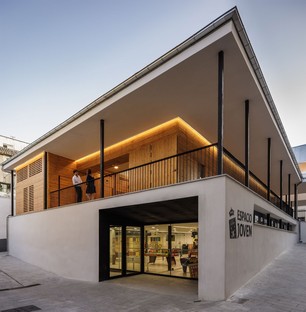 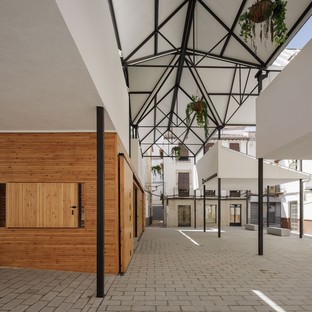 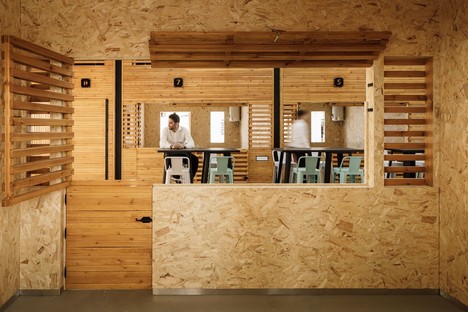 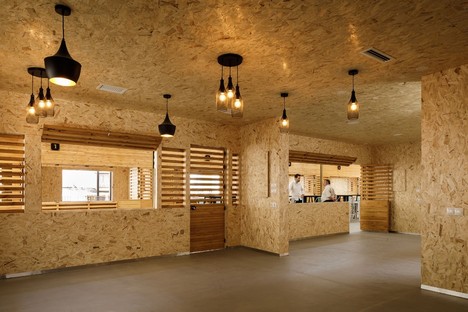 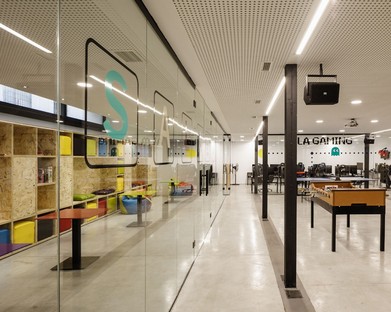 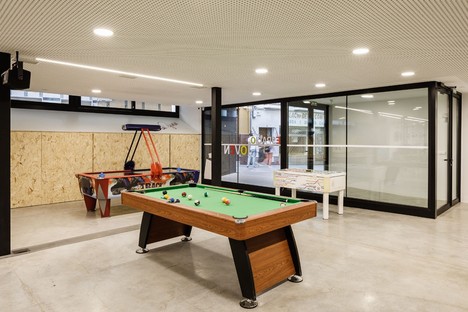 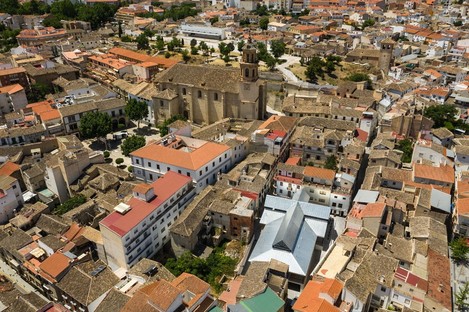 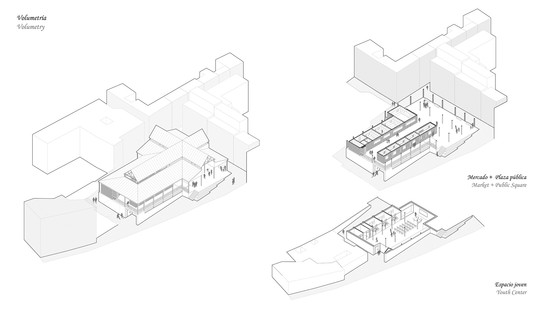 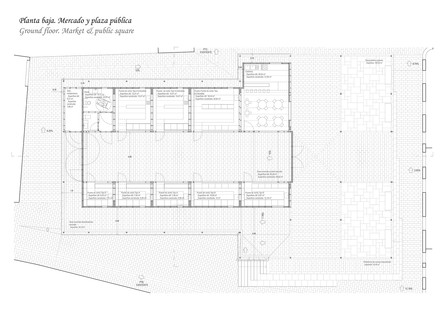 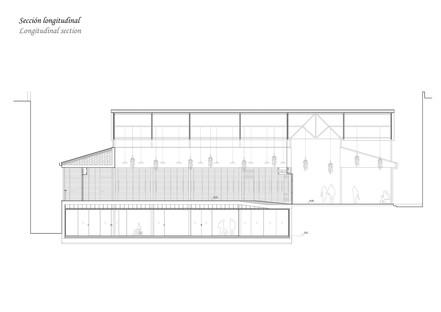 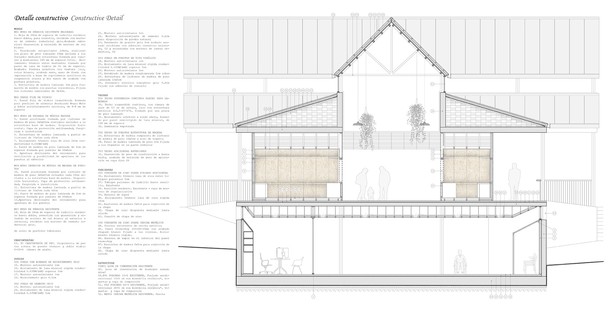 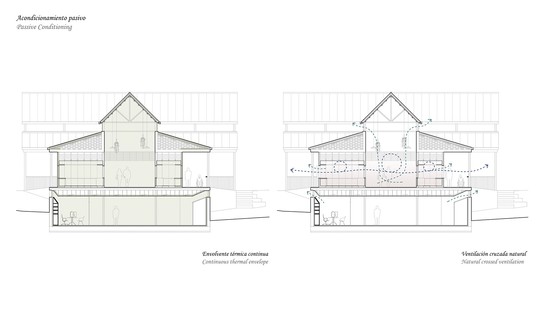 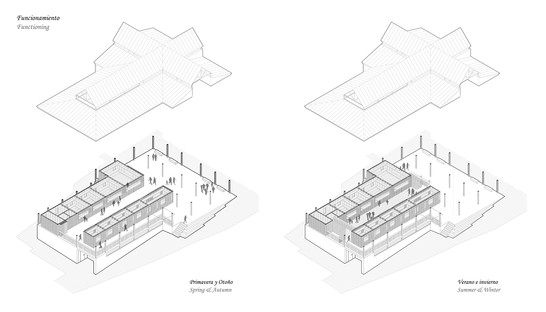 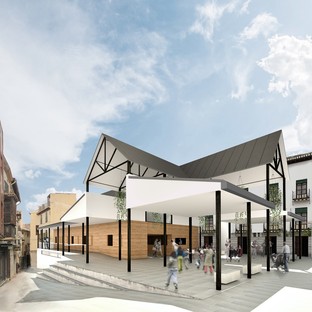 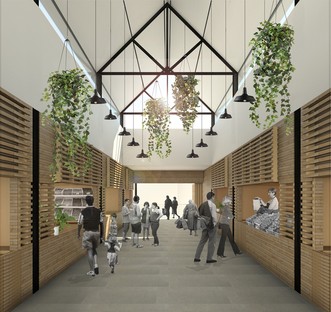