Lonely Planet calls Aarhus the second best destination in Europe this year in its “Best in Europe 2016” list. The affable Danish runner-up is a city that has plenty to offer in terms of architecture and design, with its museums, art galleries, arts and crafts, coffee shops and starred restaurants, all in a stunning natural setting. 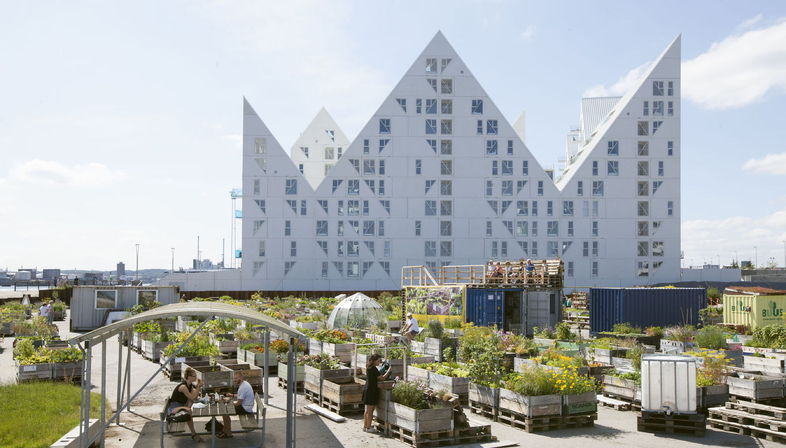 Easy to get by train or domestic flight from Copenhagen, Aarhus has been nominated European Cultural Capital of 2017 and European Gastronomic Region of 2017. A young, lively city offering everything from beaches and forests, fjords and coastline to UNESCO heritage sites such as the Jelling runestones and plenty of contemporary architecture.

ARoS – Contemporary art museum - SchmidtHammerLassen.
The museum contained in a 17,700 square metre building was designed by Danish architectural studio SchmidtHammerLassen.On the roof of the museum building is “Your Rainbow Panorama”, an artwork by Ólafur Elíasson inaugurated in 2011
. It is a round skywalk with big windows in all the colours of the rainbow, allowing visitors to enjoy views of the city in different colours from different locations. The museum’s collections include works by Danish artists from the 18th century to the present as well as the work of contemporary artists from all over the world, with a special section reserved for light art, video art and installations. Its unusual coloured structure has made it Denmark’s second most visited museum.
MOESGARD Museum - Henning Larsen Architects
History buffs, particularly those with an interest in the Vikings, should really pay a visit to the Moesgård Museum, a museum of ethnography with a focus on Viking art. The recently renovated museum building is a splendid example of modern architecture that fits perfectly into its natural surroundings, thanks to a grass-covered roof from which visitors can admire the forest around the building. The sloped roof covered with grass makes the building designed by Henning Larsen Architects a landmark that can even be seen from boats out at sea. The rectangular shape of the roof stands out in the landscape, and is transformed into a picnic area, conference space and place for celebrating local events in summer. The building’s interior was designed to be like a terraced landscape inspired by archaeological digs revealing long-lost cities. The museum has brightly lit courtyards with trees, patios and little caves like ‘homes within a home’, and a central foyer at its heart containing a coffee shop and a courtyard, where visitors can enjoy the light coming in from the roof garden.
Harbour Square
A modern, advanced harbour that has seen many changes, an open, flexible space hosting the new Dokk1 library and the Iceberg housing development.
DOKK1 Library - Schmidt HammerLassen
Architect Schmidt Hammer Lassen has designed a space for citizens where knowledge and technology come together, an iconic project for sustainability, for DOKK1 was built to save energy by reusing existing materials and using natural products to protect the local environment. The construction has huge solar panels on its roof. The building was designed as a polygonal slice rising above a glass building which rests on a base with a big sculptural staircase. The structure looks like a spaceship divided into three parts, with four flights of stairs around its perimeter allowing visitors to enter on different levels: the building has neither a single access point nor an established front and back. Its interior is a big open space divided into different levels. The central volume, made of glass, contains the two main floors of the library, linked by a series of platforms on five offset levels, with areas set aside for exhibitions, games and reading rooms.
Iceberg – Housing development - JDS/Julien De Smedt architects, Cebra, Louis Paillard and SeARCH
This housing complex by JDS/Julien De Smedt architects, Cebra, Louis Paillard and SeARCH is located in a former container terminal site and was built as part of a general plan for development of the city and regeneration of its waterfront. One third of the 200 apartments are designed to provide low-cost housing, integrating people of different social backgrounds in the new neighbourhood. Peaks and canyons give the design iconic value and make sure that all its residents get plenty of daylight and breath-taking views of the sea. The project provides unequalled living quality and makes an ambitious architectural statement on the city’s new waterfront.
Den Gamle By,
The city’s history and culture are featured in this open-air museum opened in 1909, when a series of colourful half-timbered houses from various Danish cities were brought together. The open-air museum reconstructs life in the city from the late 18th century to the 1970s, bringing history back to life with workshops and people in period costume. The houses are divided by time period, and Den Gamle By offers numerous points of interest ranging from a distillery to a textiles mill, a tobacco mill and a bakery.

The city also has plenty of shops representing all the best Nordic brands. Its Latin Quarter, with Volden, Badstuegade and Guldsmedgade streets, is particularly well-known for its interior design showrooms and fashion boutiques.
And above all, Aarhus is a city beyond comparison for foodies: the natural habitat of New Nordic Cuisine, it has plenty of starred restaurants which participate in the city’s annual food festival. One of the best-known of these is Gastromée Hærværk, famous for offering a different menu at each table. 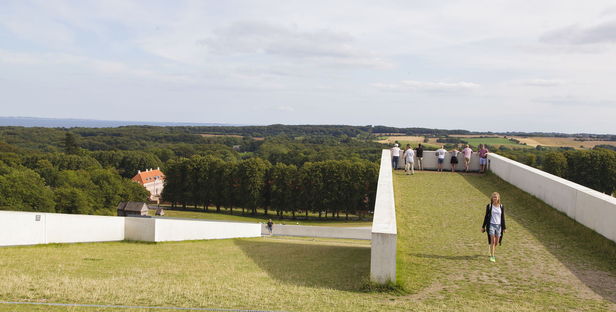 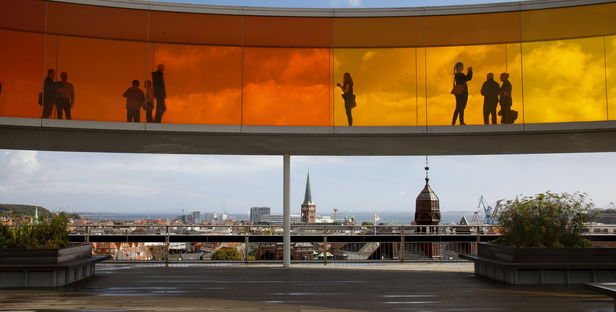 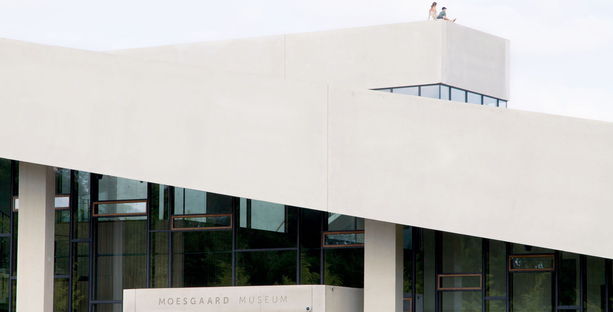 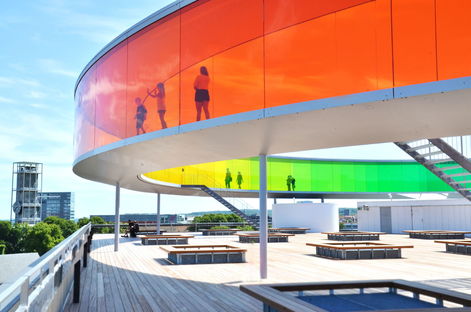 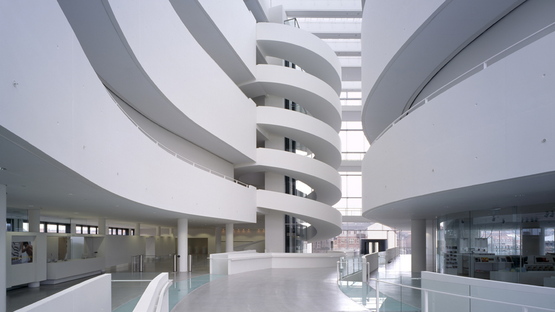 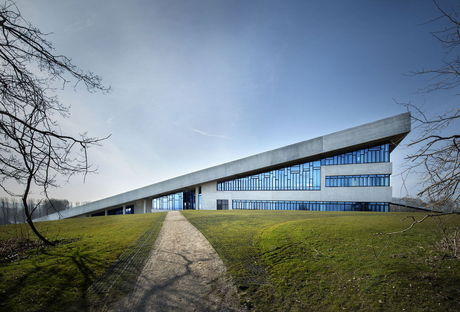 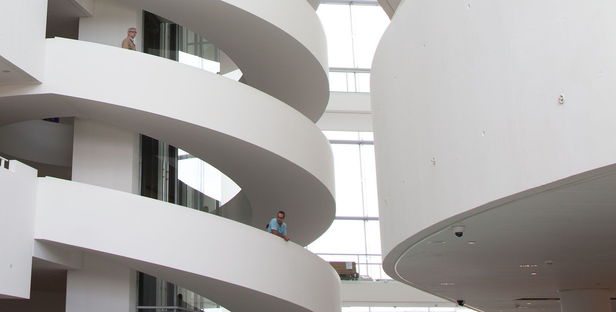 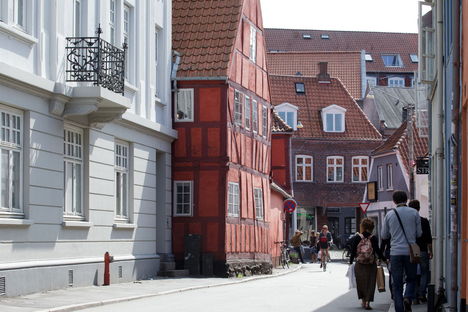 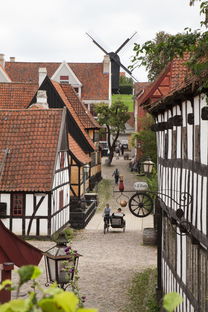 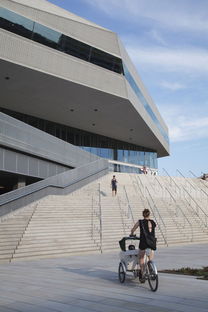 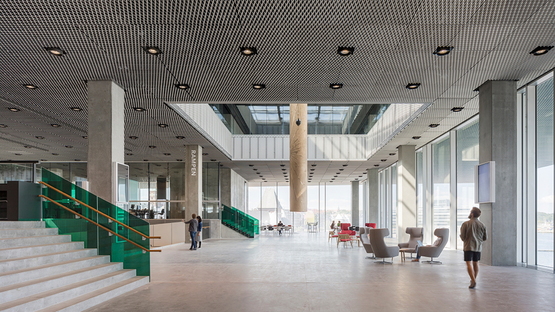 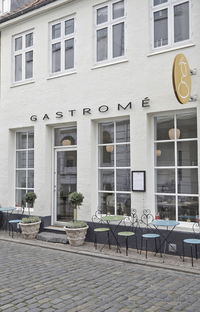 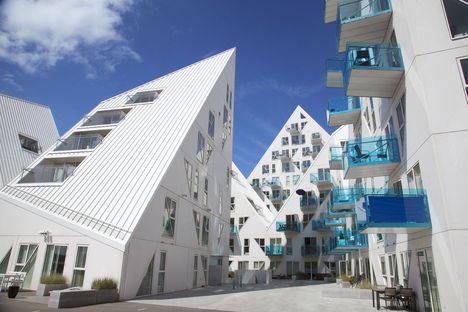 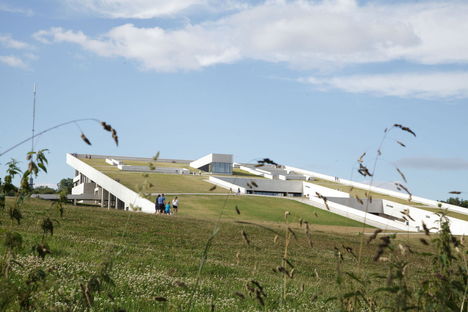 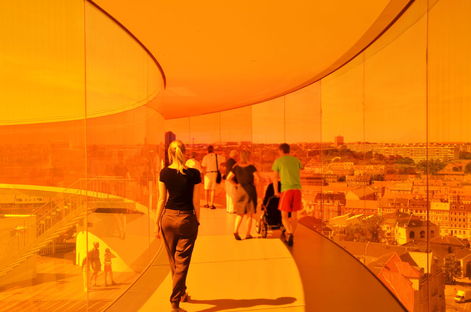