A beautiful mosaic of photographs reflecting the construction of Europe through its best contemporary buildings is the image opening Floornature 2019. The European Commission and Fundació Mies van der Rohe recently published a list of 383 projects proposed for the European Union 2019 Prize for Contemporary Architecture – Mies van der Rohe. 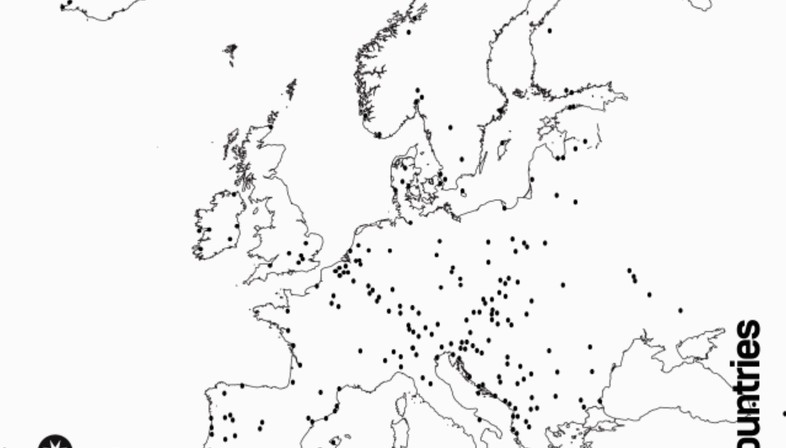 This mosaic of contemporary architecture includes many projects we have presented in the pages of Floornature in 2018 and many more that we will be discussing in the new year. We have chosen to start the new year together with an image of Europe represented through the buildings competing for the 2019 EUmiesaward.
383 photographs, one for each competing project, all built in the past two years in 238 different cities in 38 countries in and near Europe. Armenia, Kosovo and Tunisia have been invited to participate in the competition because they are a part of the CE European Creative programme, though only Kosovo actually entered, competing for the EUmiesaward 2019 for the very first time with three projects built in Pristina.
The competing buildings were nominated by 76 independent experts, national architecture associations and by the Prize Advisory Committee.
The jury chaired by architect Dorte Mandrup and including architects Frank McDonald, María Langarita, Kamiel Klaasse, Ștefan Ghenciulescu, Angelika Fitze and George Arbid, will start work in January 2019 on the difficult task of selecting a “shortlist” of only 40 architectural projects from among the 383 projects entered. 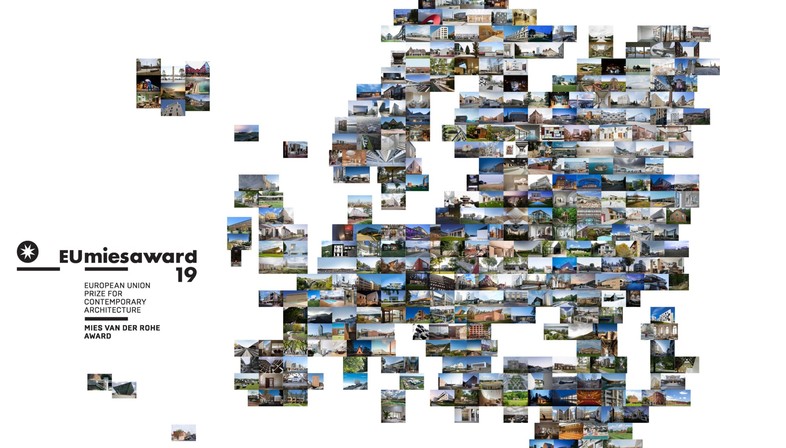 The 40 projects selected by the jury will be announced by January 16, and the five finalists will be selected by February 13. On the basis of the well-established formula, the jury will visit the finalist projects in the month of April, and the EU Mies Award Open Days will be held in May, an interesting initiative promoting knowledge of contemporary architecture by allowing visitors to view the new projects. The process will culminate on May 7, 2019 at the Mies van der Rohe Pavilion in Barcelona, where an exhibition about the projects will open and the awards ceremony will be held. The complete list of competing projects is available on the contest website and through the EUMiesAward app. We mention only a few curiosities here; first of all, the “most extreme” projects representing the four points on the compass in the EUMiesAward 2019: the northernmost project is the Skreda Roadside Rest Area (Norway) by Manthey Kula Arkitekter, while the southernmost project is the Laniteio Lyceum (Cyprus) by Armeftis & Associates, the one farthest to the west is the Chapel of Eternal Light (Portugal) by Bernardo Rodrigues and the projects farthest to the east are 8 entries from the city of Tbilisi. The best represented country is Spain, with 27 projects, followed by Belgium with 21 and then France and the UK with 19 projects each. In this ranking, Italy places fifth with 17 projects, the same number as Austria and Portugal. 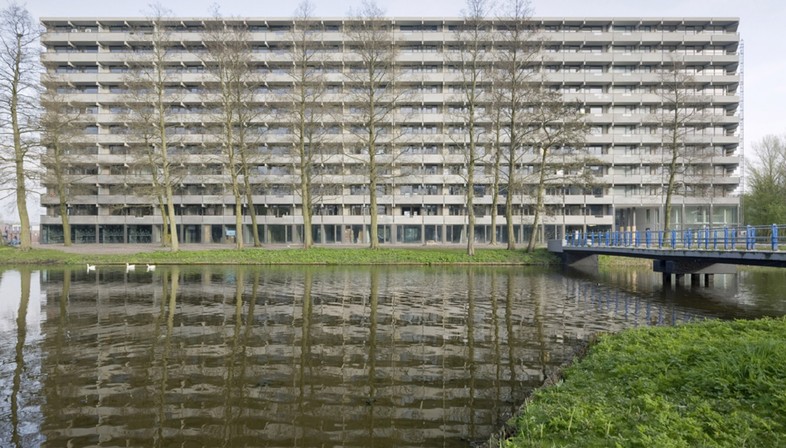 The largest number of projects, 37%, was built in cities with a population of 20,000 to 500,000, while only 12% of the projects were built in metropolitan areas with a population of more than three million. Castra Rubra Winery Guest House in Kolarovo, Bulgaria, is the project from the smallest town, which has a population of only 17. Cultural buildings are the largest category, representing 15% of all candidate projects, followed by mixed-use buildings at 14%. More social housing projects have been entered this year than in 2017, perhaps because the winner of last year’s prize was DeFlat Kleiburg by NL Architects and XVW Architectuur, the first social housing project ever to win the prize. 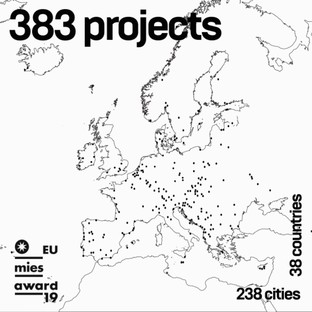 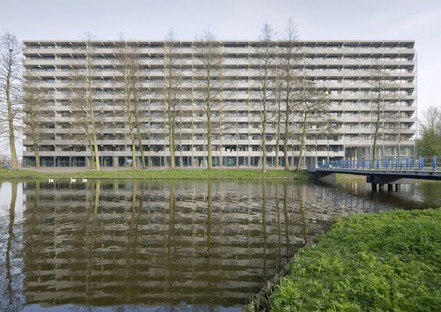 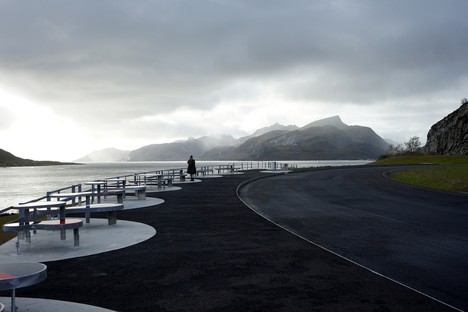 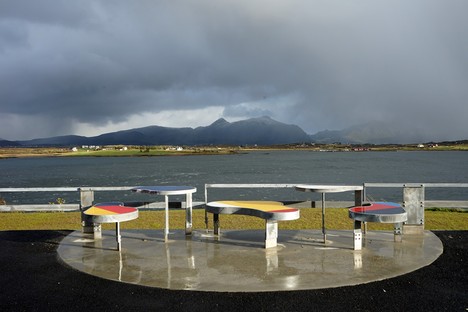 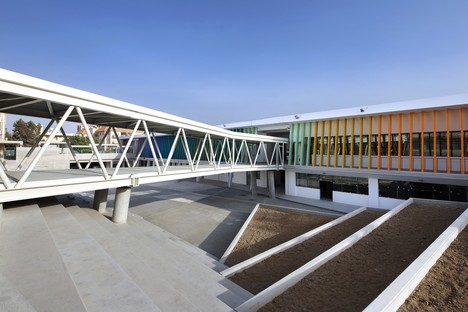 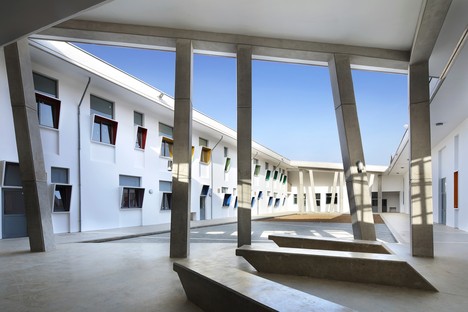 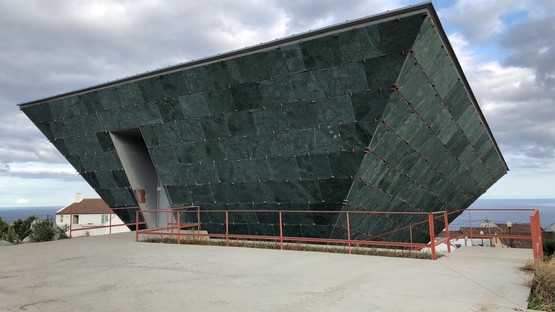 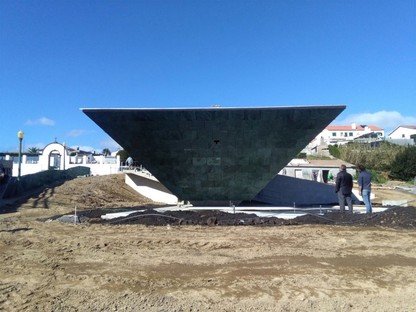 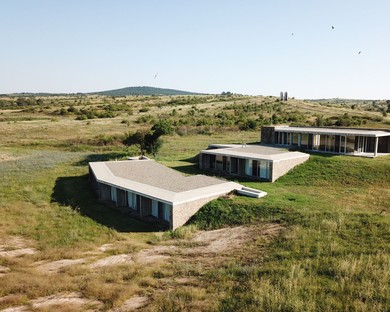 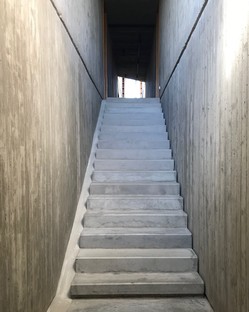