"ZHA Close Up – Work & Research” is the title of the exhibition running until 29 August at MAM Shanghai, which provides China’s first major retrospective of the projects of the Zaha Hadid Architects firm from 1982 onwards. It provides a detailed, precise survey of works of architecture ranging from the MAXXI in Rome (2010) to the Leeza SOHO in Beijing (2019), through to the latest, most innovative projects the firm is undertaking in various parts of the world. 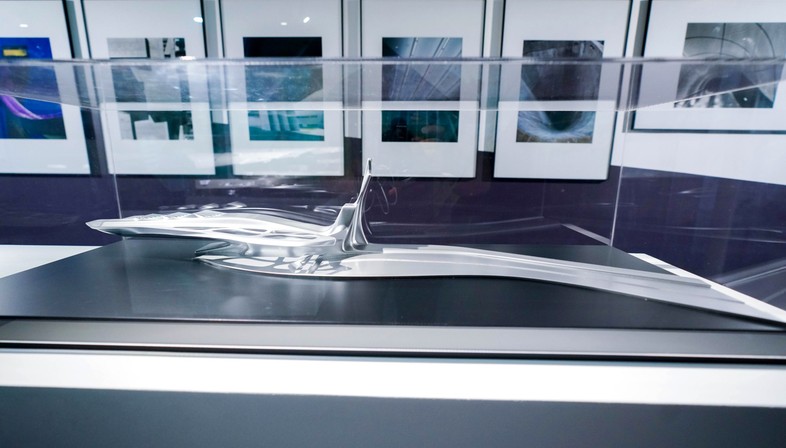 Until 29 August, Shanghai’s largest contemporary art museum, the MAM (Modern Art Museum) is hosting "ZHA Close Up – Work & Research” China’s first major retrospective of the projects of the Zaha Hadid Architects firm. It includes works undertaken in various parts of the world in the architecture firm’s forty years of history, from the urban spaces of the MAXXI (2010), the National Museum of XX Century art in Rome, to the Leeza SOHO in Beijing (2019), through to the latest, most innovative projects the firm is developing worldwide. Starting from the timeline of the ground-breaking works realized in China, the exhibition provides the public with insight into the pioneering research conducted by the Zaha Hadid Architects firm and the interconnections that link together its projects all over the world.
The firm was founded in 1979 by Zaha Hadid, the Iraqi-born, British-naturalized architect and designer who died on 31 March 2016. A leading figure in international architecture and viewed as one of the top exponents of Deconstructivism, in 2004 she was the first woman to receive the coveted Pritzker Prize, the Nobel Prize of architecture, followed in 2016 by the Royal Gold Medal, not to mention the countless prizes and awards assigned to her projects. Her relationship with China dates back to 1981, when she made her first journey across the country from north to south, visiting many cities and studying the methods of Chinese historic architecture and its systems of relationships with the country’s natural landscapes. This journey, and her study of the relationships between architecture and context, indoors and outdoors, led to the 1982-1983 project for the Peak Leisure Club in Hong Kong, which won the relative competition. This landscape architecture project became a well known landmark, standing out in the congested, densely urbanized context of Hong Kong, with excavated spaces and underground rooms for the club’s various activities created within a man-made granite mountain.
Patrik Schumacher, architect and director of Zaha Hadid Architects, has underlined that in the "ZHA Close Up – Work & Research” exhibition currently at the MAM, the firm is presenting to the public not only its depth of experience gained through past projects but also its current research programs and future aspirations.
The visitor experience is a journey through forty years of architecture, with projects that have received the sector’s highest awards and which, viewed as a body, also reveal the impressive progress made over time in spatiality, structural and technological efficiency, and environmental awareness and sustainability.
The exhibition also includes a specific section on Zaha Hadid Design (ZHD), the division founded in 2006 to present contemporary design projects in furnishings, lighting and fashion. It displays projects the firm has developed with brands of iconic status in their respective fields, which have created unique pieces, made in limited editions, for some of the world’s top museum collections. 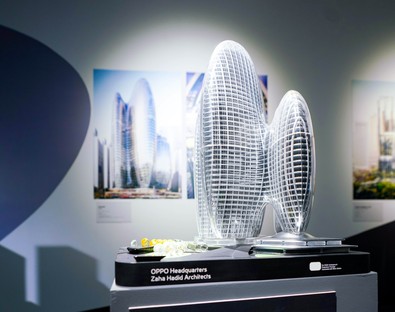 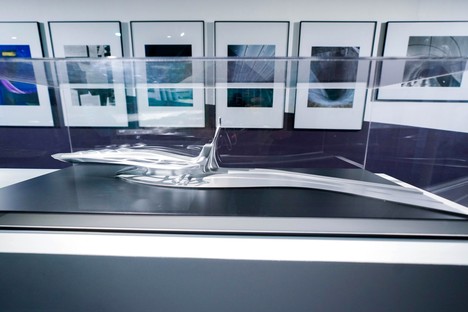 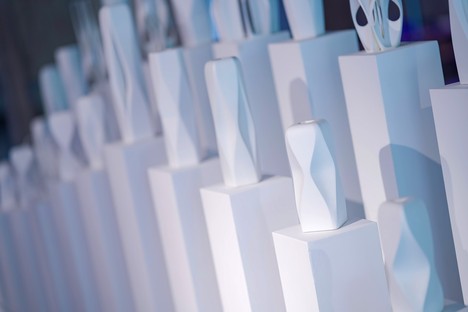 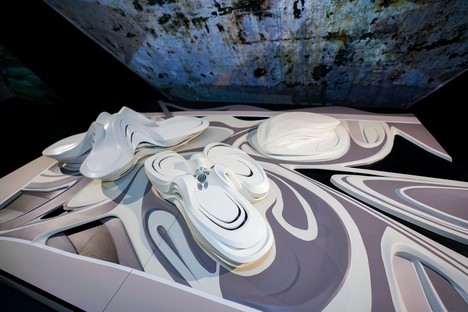 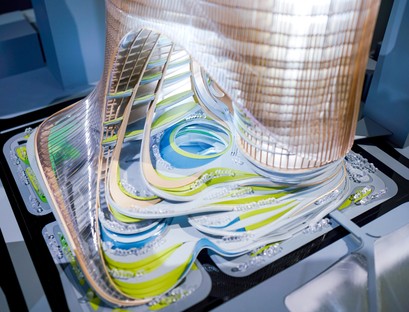 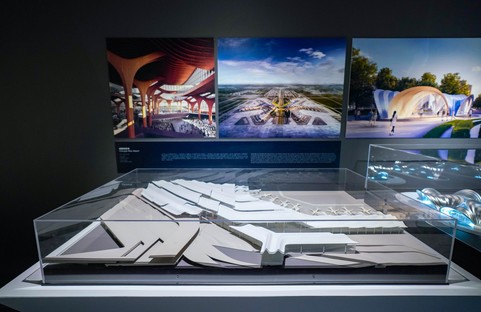 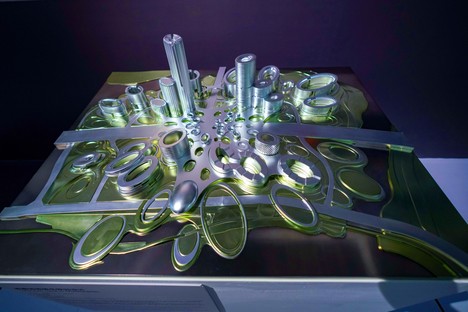 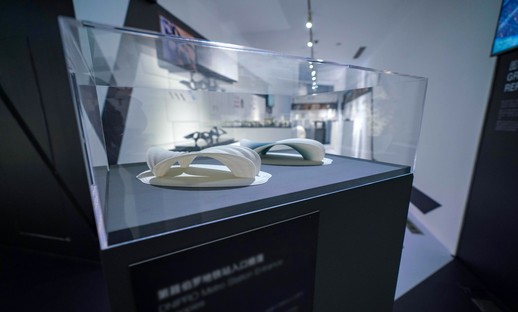 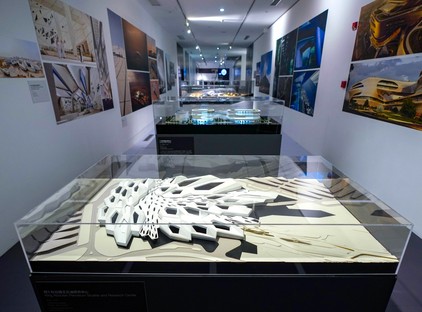 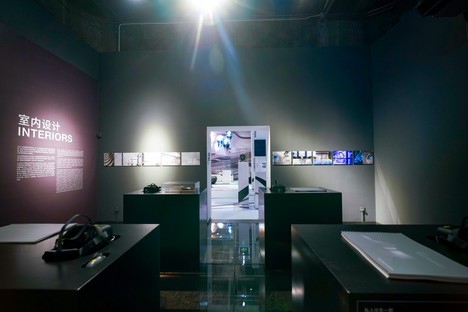 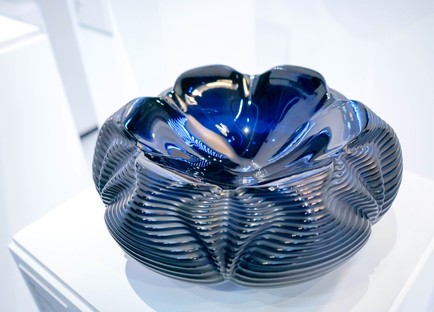 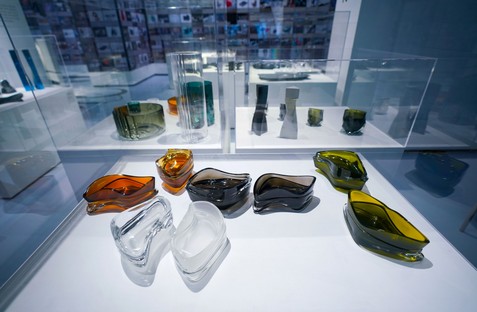 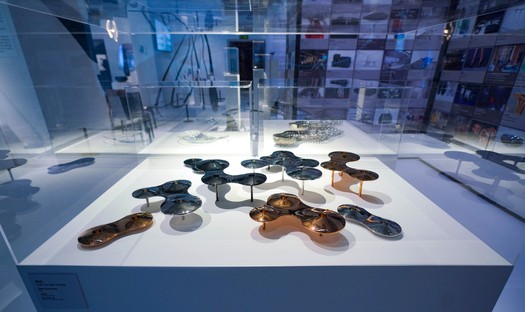