“Caffè Maggia. Ipotesi per un archivio aperto” created by the PRACTICE+ studio with Giacomo Pavanello, is the winning project of the 2022 edition of the Premio Biennale di Architettura Federico Maggia 2022 promoted by Fondazione Sella with the Biella Architects and Engineers Associations for young designers under 30.

The eighth edition, the fourth nationwide, of the Premio Biennale di Architettura Federico Maggia (Biennial Federico Maggia Architecture Award) sponsored by Fondazione Sella with the Biella Architects and Engineers Associations in memory of the Biella engineer-architect of the same name recently came to an end.

“Caffè Maggia. Ipotesi per un archivio aperto” (Café Maggia. Hypotheses for an open archive) created by PRACTICE+ studio with Giacomo Pavanello, is the winning project of the 2022 edition. To participate in the award, the 10 finalists, groups of architects and engineers under 30 years of age, were invited to design architectural works of limited size, distributed throughout the Biella region (Italy) and responding to the theme of the edition: “Learning from the territory. Young designers fabricate knowledge spaces”. They are useful, reversible and easy-to-maintain structures built on ten areas, both public and private, made available by organisations, institutions or companies in Biella.

The winning proposal, developed by the PRACTICE+ studio with Giacomo Pavanello, constructs a new narrative for the Federico Maggia archive collection kept at the Fondazione Sella in the former Maurizio Sella Wool Mill. It is not a didactic presentation of the archive and its contents, but proposes an informal, unexpected way of learning.
Federico Tranfa, curator of the Premio Federico Maggia 2022, noted how the proposal developed by Erasmo Bitetti (group leader), Clara Faccio, Federico Giorgio and Francesco Baggio (group) with Giacomo Pavanello, represents in its essence the work of an architect: “transforming a request into a tangible, functioning and useful object, which, nevertheless, carries within itself a newness and an unexpected interpretation that disorients”.
The winners created a “popup bar” in the Cornish boiler rooms of the’former Wool Mill. In this context, the documents that make up the archive were presented through hundreds of customised cans, thus becoming a testimony to the consistency of the archive, as well as an opportunity to get to know it.
The jury, chaired by architect Luciano Pia, and made up of architects Sandy Attia (MoDus Architects), Michel Carlana (studio Carlana Mezzalira Pentimalli), Tullia Iori (lecturer at Roma Tor Vergata), Flavio Mangione (CNAPPC), Swiss architect Martino Pedrozzi and Mariano Zanon (Architetto Italiano 2020), also made two special mentions.
A special mention went to the HPO group (Riccardo Simioni and Oreste Montinaro) with Giacomo Attrotto and Plamcreative Studio (Arianna Montinaro) for the project “Rain Circus”. It consists of a water supply system for the educational gardens of the primary school in Cossila – Biella, created as an architecture-game that allows children to understand weather patterns and the use of a fundamental resource such as water.
The othermention was attributed to “Innesti. Il Teatro Nel Teatro” (Innesti. The Theatre in the Theatre) by Edoardo Biondetti, Margherita Lurani and Edoardo Pozzato. A new stage space for the Bürsch in Festival, created at the San Giovanni d’Andorno Sanctuary. A project that narrates the territory of the Alta Valle del Cervo through the materials that make up its history and landscape. Indeed, it is made of dry-assembled reclaimed wood and syenite blocks from the landslide that swept through the sanctuary in 2020. 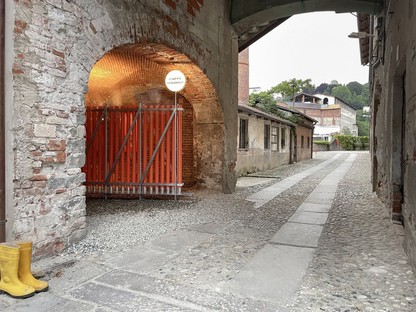 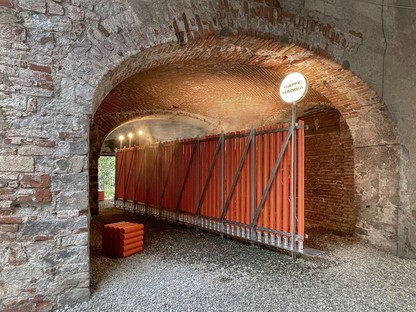 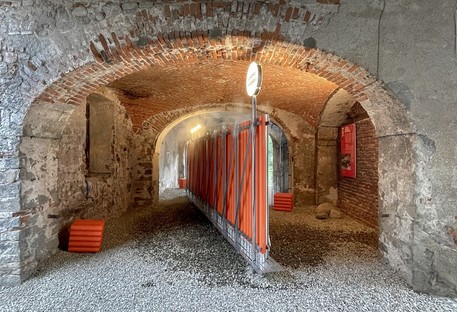 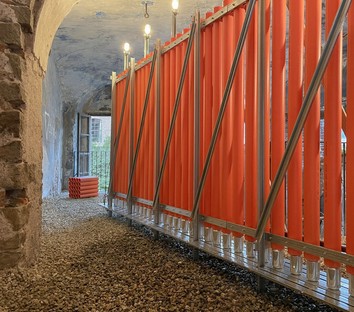 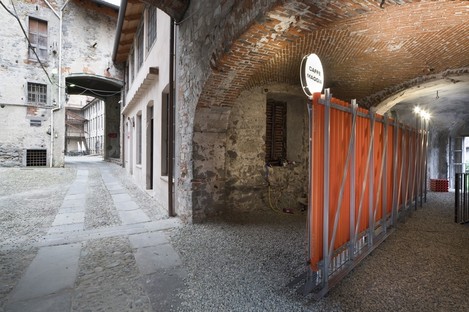 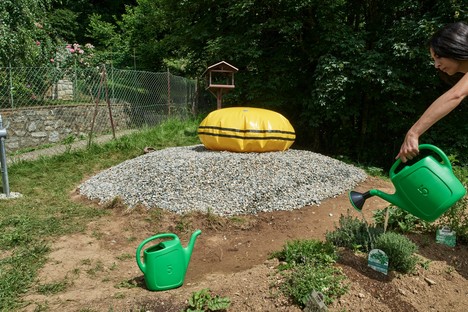 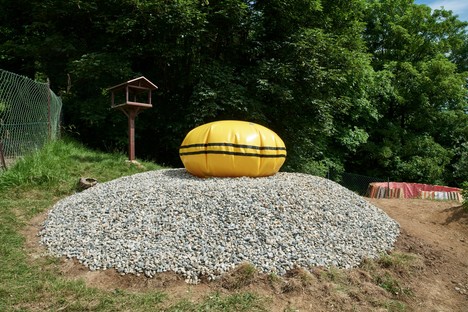 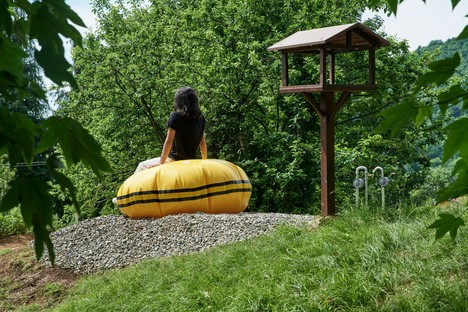 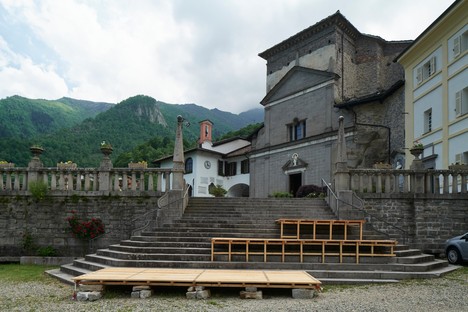 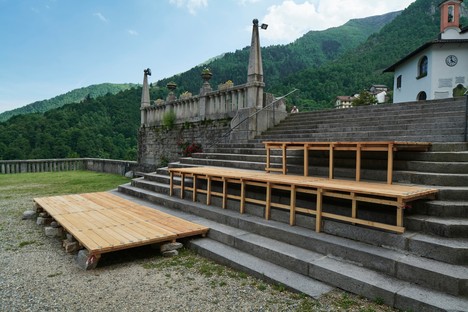 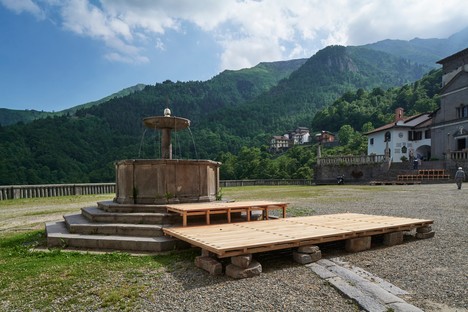