We sent three questions on the profession of architect in the time of Covid-19 to twenty architectural practices all over the world. Here we present the results of a survey we never imagined we would take. They have some surprises in store! 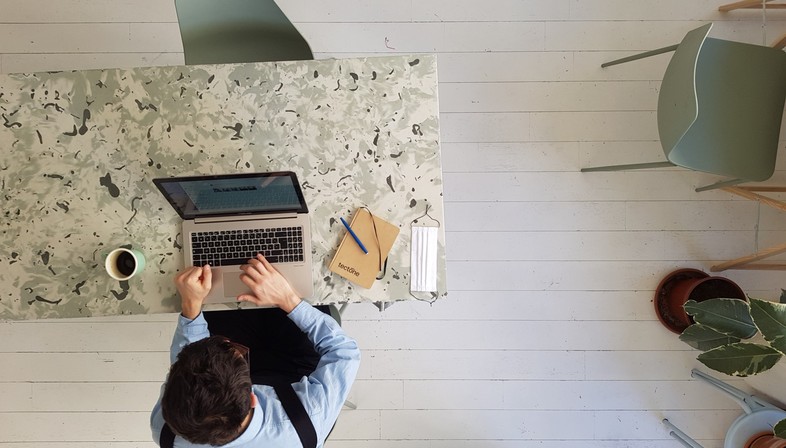 Over the past two months we contacted architectural studios of all sizes all over the world (from Europe to India, the United States, Canada and Mexico) with very different backgrounds. We have published the opinions of Roland Baldi, BIG,Studio Botter, Studio Bressan, Dietrich Untertrifaller, Dumican Mosey Architects, Form4 Architecture, Roberto Forte, Khosla Associates, Lemay, Sergey Makhno, Mecanoo, MVRDV, Nature Humaine, Obicua, Red Arquitectos, SAOTA, Shatotto, Tectône, and Giuseppe Tortato. We asked them all the same questions in order to get an overall picture of the situation during the Covid-19 pandemic. How did the lockdown affect their work? How did the studios organise to allow people to work from home, and what will be the impact of this new normality on their future policy? Now that we have entered Phase II of the pandemic, we present the results of our survey, in which we have discovered new ways of working that no-one would have thought of until recently, a new perception of time in spaces shared by both work and family, and suggestions for Phase II and the more distant future. 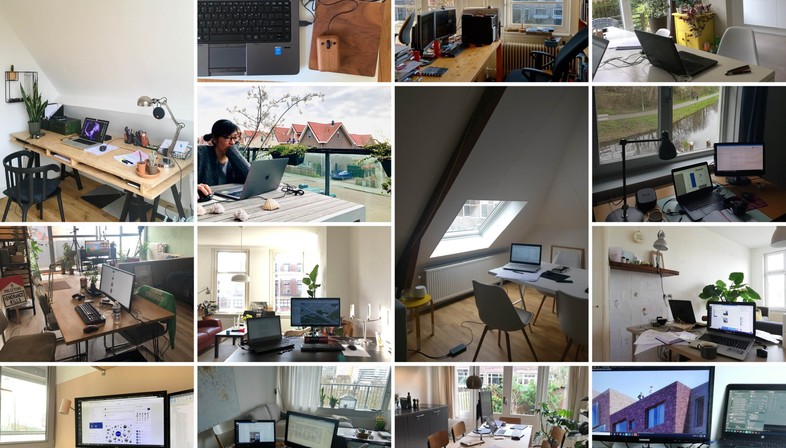 The first to realise the risks the situation has brought to our offices, to public transportation and to our workplaces were the biggest studios, the ones that have invested most in international projects, with major international projects under construction. For those involved in constant interaction between the west and China, with its rapidly growing metropolises and vast redevelopment projects, normality changed very quickly. As early as January, the need to slow down this drive for growth was causing fear and hesitation among those who had important projects under way, even in cities far away from the Hubei region. The first impact was on transportation, because everyone had to reduce travelling right away. The questions Is this trip really necessary? Do I really need to go? Isn’t there any other way? were soon to become the sad reality for all of us in our jobs, as the consequence of travel became an obligatory two-week quarantine.
Then Covid-19 suddenly appeared in the west, too, and all these questions suddenly became matters of vital importance, because, cynically speaking, it was no longer something that happened to other people, far away, but was happening right here, among our friends, family and colleagues. Finding our way around in the jungle of information, legislation, orders and regulations intended to protect our health became a daily concern.
As construction sites were progressively shut down, the smaller architectural practices were impacted the most by the crisis, often having to cut their staff’s working hours, at least temporarily. Many of these studios completely suspended or limited their work, with consequences that cannot yet be calculated. 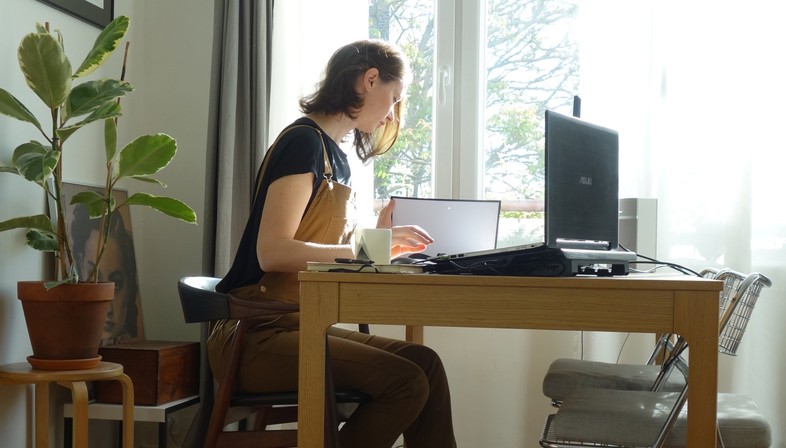 The larger studios were better equipped to respond by rearranging their schedules. The most organised architectural studios set up a crisis response team to keep their whole staff up to date and inform clients on what could be done and how. Many of them produced manuals or FAQ pages on how to behave and kept them constantly up to date. Some also recorded weekly videos with messages from management. The most sensitive studios and those used to working as a tightly-knit team allowed social relations to continue by setting up chat groups to take the place of socialisation during coffee break in the office. They did everything they could to ensure people felt a sense of unity and did not lose sight of their goals. 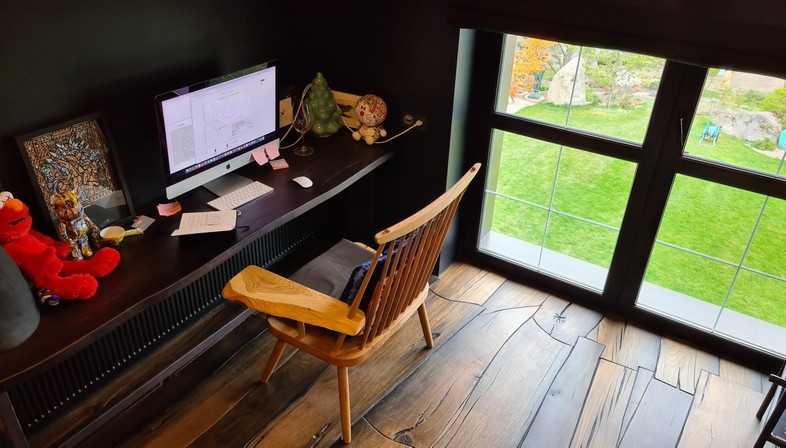 Architectural practices with offices in different parts of the world already had experience with remote working, online planning, indirect sharing of know-how and creation of virtual communities for discussion. But most of the smaller studios with only a single office found themselves working with a fragmented workflow for the first time. This is why some of them preferred to experiment with distancing of workstations in the studio before going on to working from home (WFH) when construction sites were also shut down.
As design work could also be done alone from home, architects all sooner or later began to work from home, and everyone demonstrated a great team spirit, getting organised to work from home with the studios’ support. Among the many platforms used to connect and exchange information and messages already in existence or created for the occasion, the most popular appeared to be Skype, WhatsApp, Zoom and MS Teams for video calls of all kinds. BIM 360, used by the most international studios, offers great benefits for connection of work teams, making project data available to everyone in real time on the Cloud. Even before the pandemic, some were handling project flows using systems such as Kanban and Scrum, permitting maximum sharing of notes and ideas. 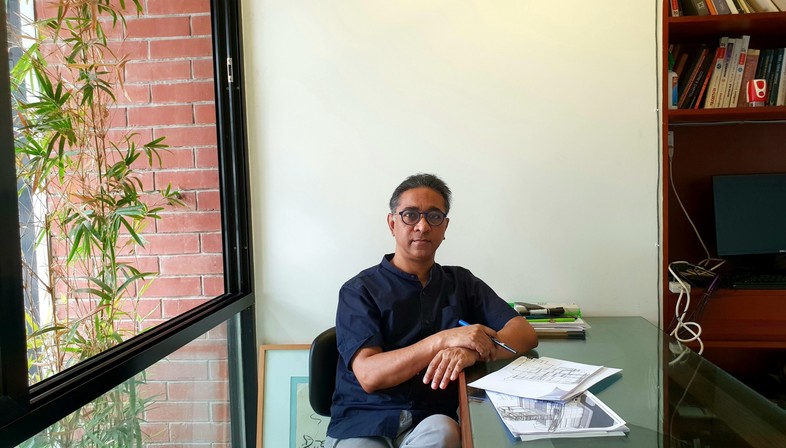 In the days following the official stop of work in the office, architects dropped by their studios to pick up more comfortable office chairs or better monitors then they had a home, as they realised they would be working at home for a long time to come.
It was interesting to see how all the designers made changes to their homes to incorporate the items essential to the profession today: a desk with (a few) devices for internet access. As architects were never required by law to close their offices, even during the lockdown, many of the studios organised safe ways of ensuring access to plotters or samples of materials, while archives of project data were put on the internet via private, protected connections permitting remote access. The widespread hierarchy of the studio was replicated in virtual space, where junior architects continued to hold meetings on platforms such as Skype or Zoom with project leaders, who in turn talked to the manager or founder of the studio. Notes digitalised with a smartphone camera or sketched rapidly on a tablet became the principal visual messages accompanying these discussions.
In short, by the middle of March all the architectural practices we talked to were working from home; but even when everybody was set up to work from home it was still not easy to accept the situation. Feelings of disorientation, alienation, difficulty concentrating in the cosy, familiar setting of the home, not ideal for the tasks and schedules of a working day: limitations on space, the need to reconcile work with family, with taking care of children and home-schooling them now that the schools are closed. Until sitting down in front of a computer screen in the morning, with the possible addition of a smartphone screen and a tablet screen, all at the same time, became the new normality. There have of course been plenty of regrets and worries. In the month of April, when the pandemic could not yet be described according to precise parameters, even by the scientific community, we in the world of architecture were wondering when work would start again on construction sites - if ever. Uncertainty about the future and lack of information on the long-term course of the epidemic not only stopped but froze or cancelled a lot of projects on which work had been underway at the end of February. Many smaller studios’ workloads were necessarily reassigned, resulting in a need to cut working hours and pay, like it or not. 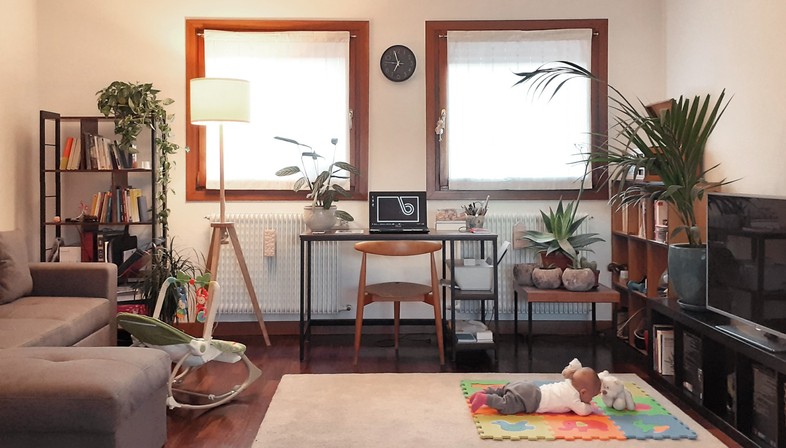 In recent months we asked architects to tell us what it’s like to design from a distance, not only from the construction site but from all the other people involved in the project, from the clients to co-workers. Though everyone said they had managed to adapt to the circumstances, the majority expressed doubt about the new working processes, which they find much less enjoyable without concrete experience, which gives rise to the best ideas. On the other hand, a number of the project leaders we interviewed appreciated the fact that they suddenly had more time to go into the details of the project, to study and to new spatial concepts. With no new orders coming in, and the construction sites shut down, the alternative was to enter competitions, which open up long-term possibilities, the only ones we have in a pandemic. Some architects used the past few months to restore a connection with the original purpose of design, which is human beings. From the far east came exhortation to redirect our focus toward nature and the consequences of neglecting it in urban planning. Time for research, normally a precious commodity in short supply, has become a daily constant, developed in the form of manual tasks such as sketching and modelling, and of study, for the conception of new objects designed in response to the new needs that have arisen.
When asked about the future, most architects declared they were ready to receive and implement the ideas that arose during the lockdown. They pointed out that the home has gained new importance as a healthful, welcoming, comfortable refuge, and that we have all realised how little contact with nature we have in our cities. 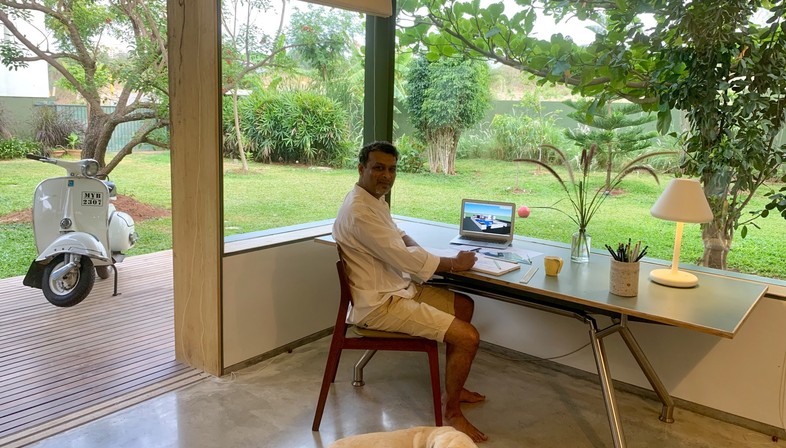 In the long term, the experience reminded us all of the importance of contact, teamwork and interaction, of our need for empathy and the difficulty of conveying it through a screen, and the importance of being with other people. Some have gone back to comparing the architect to a craftsman, emphasising the architect’s visceral relationship with the project site, the importance of dialogue with the builders who are constructing what the architect has designed, and the essential role played by tactile components on the construction site.
But there is good news too. Coming up with a way of working that will help cut non-essential travel, saving time and money; allowing interested staff members to work from home from time to time in order to spend more time with their families and waste less time travelling to and from the office. And if, as it seems, fear of the pandemic will have a beneficial effect on air quality, it may even inspire people who have until now been deaf to the alarm bells going off about the condition of the environment.

The future may well see an increase in expenditure on ICT and services and a reduction of investment in workplaces, in the purchase or rental of office space and delocalisation. It’s also interesting to hear discussion of a return to cultivation of the art of conversation: the need to lay down basic rules for video meetings has brought back neglected and forgotten values such as punctuality, the ability not to interrupt and to allow others to finish speaking before we open our mouths, and allowing other people time to process information: a way of disciplining dialogue, a new rhythm for explaining and listening that will continue to be useful to us in the future. In short, a new (or restored) way of communicating. 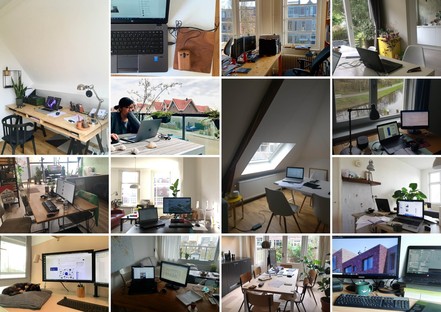 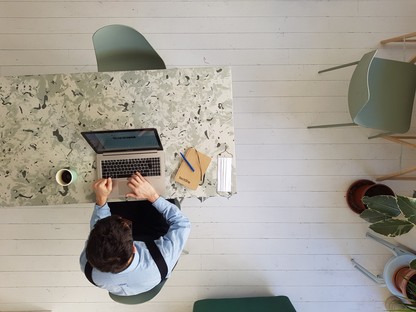 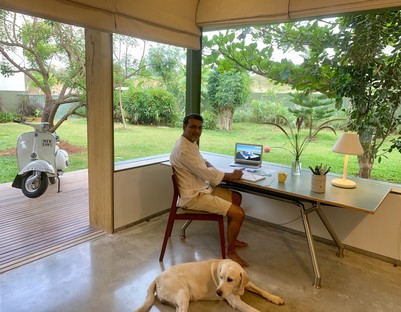 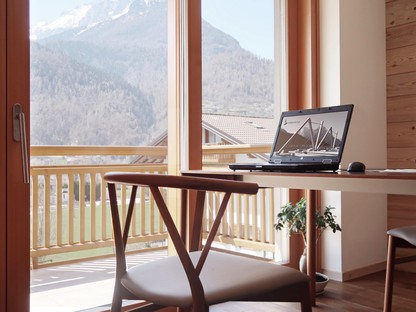 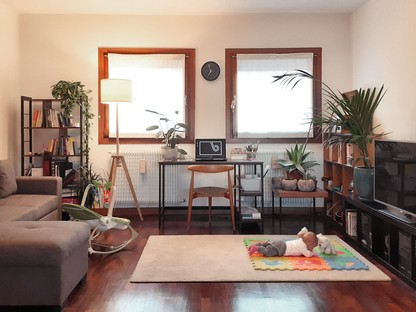 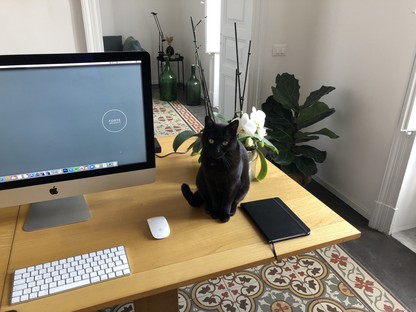 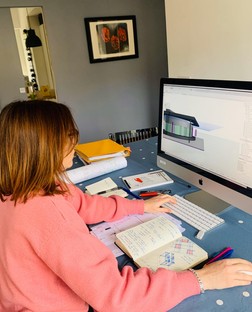 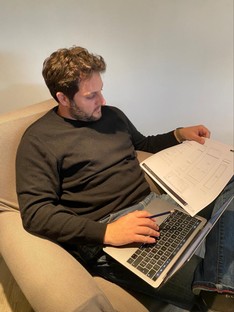 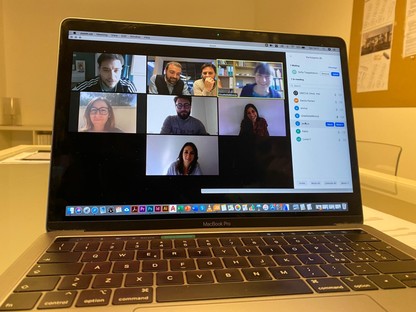 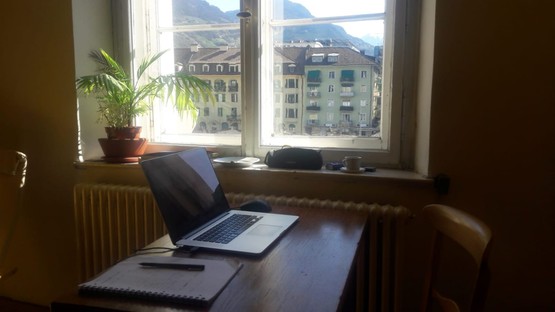 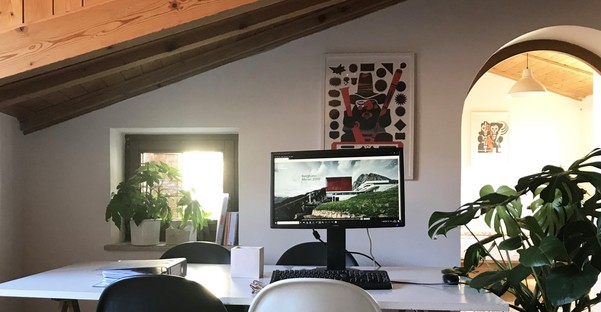 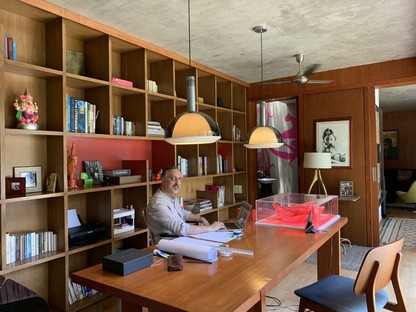 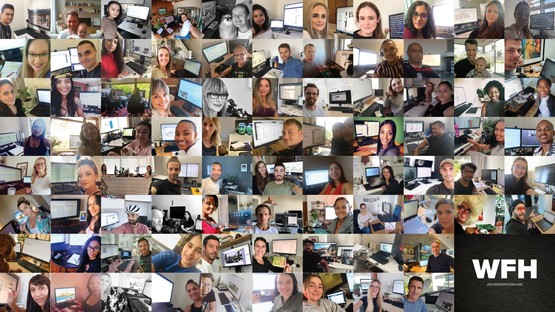 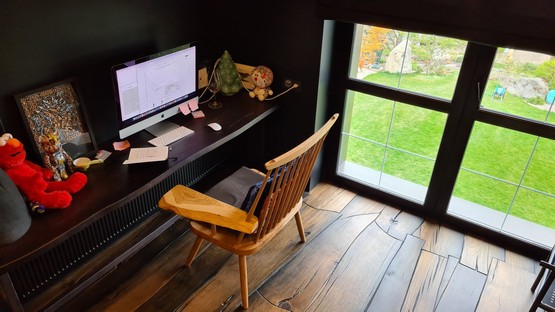 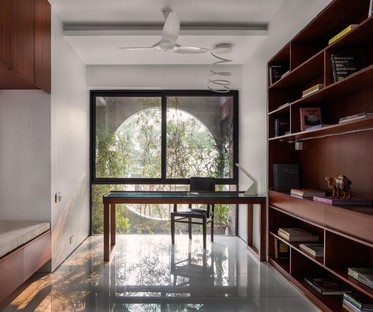 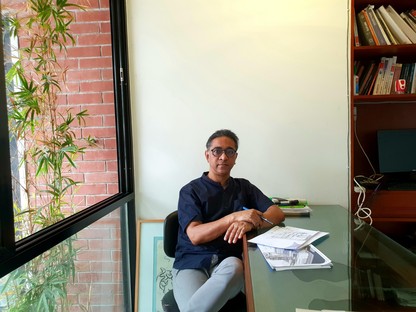 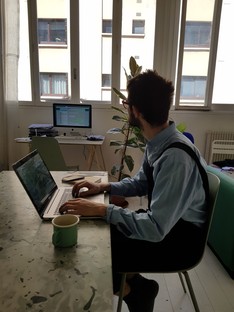 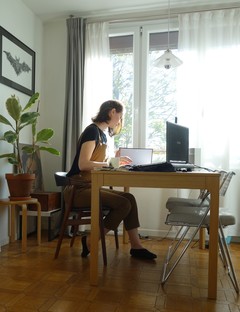