Vitra Schaudepot Exhibition: Living in a Box: Design and Comics

Vitra Schaudepot, the building designed by Herzog & De Meuron architects and officially opened in 2016, is hosting a very special exhibition exploring the relationship between comics and design. Taking center stage at the exhibition is designer furniture which appears in comics such as "The Adventures of Tintin", "Peanuts" and "Diabolik”. Also on display are furnishings, from the 1960s onwards, inspired by comics and pop culture. 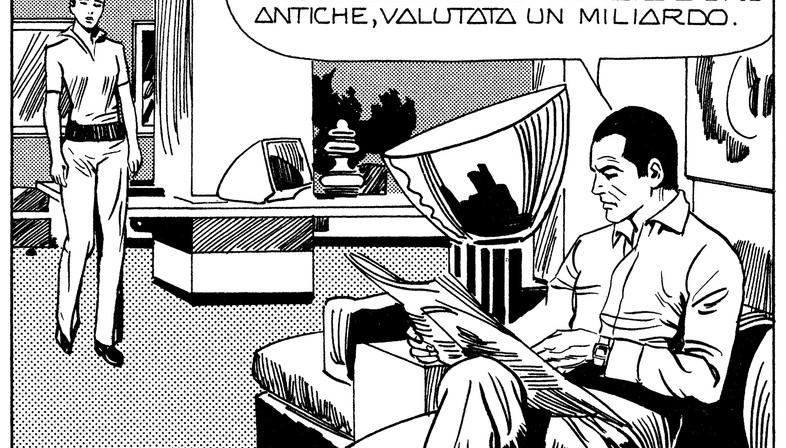 Vitra Design Museum presents a fascinating exhibition for the summer season: “Living in a Box: Design and Comics”, which can’t fail to attract different age groups and even the uninitiated. The temporary exhibition, on view until 20 October at Vitra Schaudepot, displays the Vitra Design Museum furniture collection with an unusual twist, inviting you to explore the special relationship between comics and design. Taking center stage at the exhibition is designer furniture which appears in comics such as "The Adventures of Tintin", "Peanuts" and "Diabolik”. Also on display are furnishings, from the 1960s onwards, inspired by comics and pop culture. 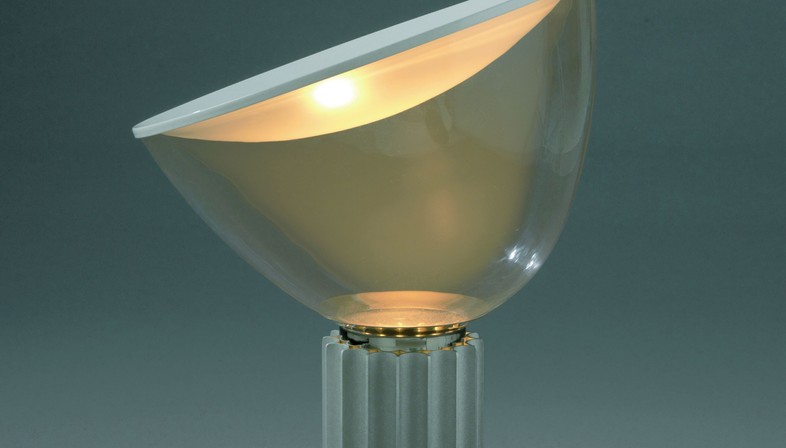 Conceived by Herzog & De Meuron architects in the shape of a simple warehouse, reminiscent of Vitra’s factory buildings designed in the 1990s by Portuguese architect Alvaro Siza, Vitra Schaudepot is a storage facility which houses the Vitra Design Museum collection. The Schaudepot is a "special” warehouse because the public can access and view the Vitra Design Museum’s extensive permanent collection stored here, as well as a “little sci-fi/fantasy” during the next few weeks. Designer furnishings from some of the most famous comics are brought to life and on public display! A Taccia lamp, designed in 1962 by Pier Giacomo and Achille Castiglioni, seems to have jumped off the page of Diabolik comic strips. A Butterfly Chair, designed by Grupo Austral in 1938, is on display to the public yet at the same time appears in a 1953 Peanuts cartoon and also one from 1958 featuring the Moomins, fun characters created by the Swedish speaking Finnish writer and illustrator Tove Jansson. These are just some examples of iconic furniture depicted in comics that are brought to life with an ironic touch in the “Living in a Box: Design and Comics” exhibition, through the permanent collection of the Vitra Design Museum. The exhibition is a fascinating reflection on the relationship between design and comics, a form of non-verbal communication spanning different generations. The exhibition not only features comic strips from the past, it also includes their subsequent development, not to mention the converse trend. In the 1960s, design was influenced by the pop culture of comics. During this period, designers experimented with new technology and materials for furnishings, such as the 1969 Boomerang writing desk by Maurice Calka, seemingly directly inspired by science fiction comic strips of the time. 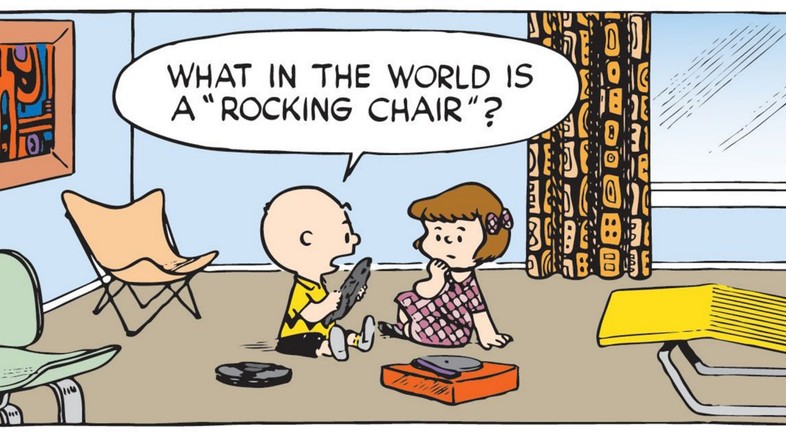 The exhibition continues through to contemporary works and changing comic strips such as the recent graphic novel “Eileen Gray: A House Under the Sun” published in May 2019. In this work, authors and illustrators, Charlotte Malterre-Barthes and Zosia Dzierżawska, focus on the well-known E.1027 villa at Roquebrune-Cap-Martin in the South of France designed by Eileen Gray. The story is told from a little-known point of view, that of the designer who was overshadowed by the powerful individualism of Le Corbusier who stayed in the villa. Finally, don’t miss a particular comic strip genre, Japanese manga. A selection of these is on display alongside three “Manga Chairs” created in 2015 by Japanese designer Oki Sato’s Nendo studio and shown for the first time at Vitra Schaudepot. 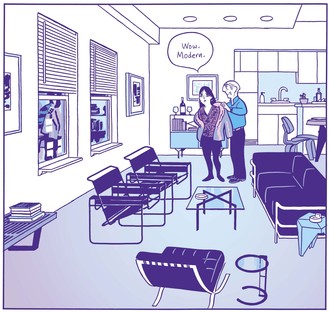 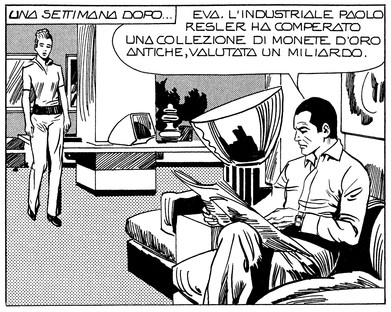 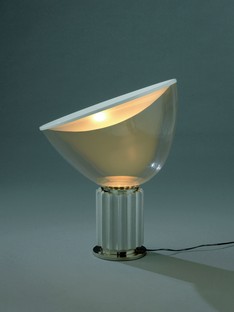 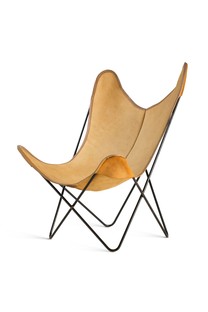 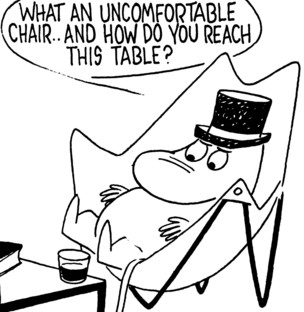 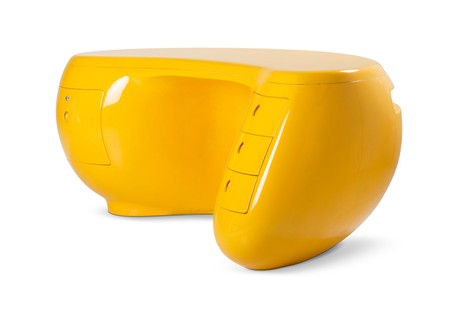 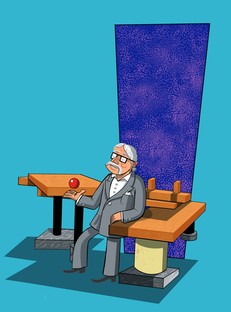 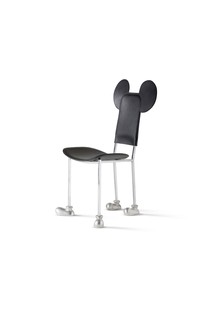 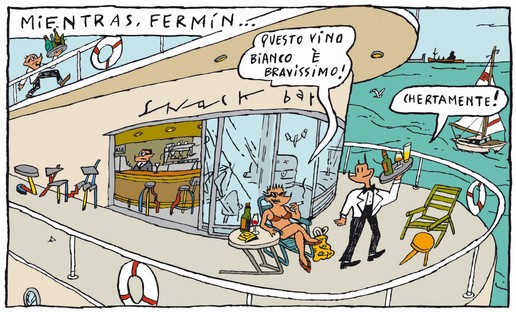 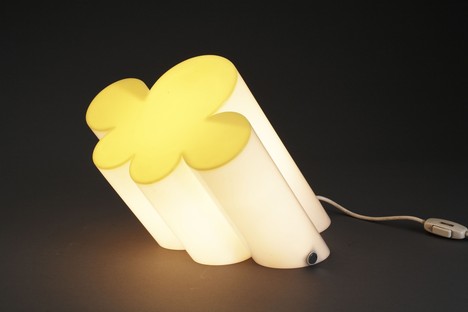 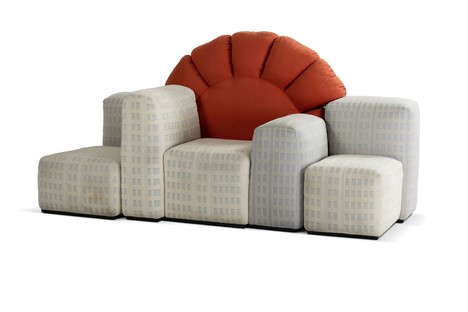