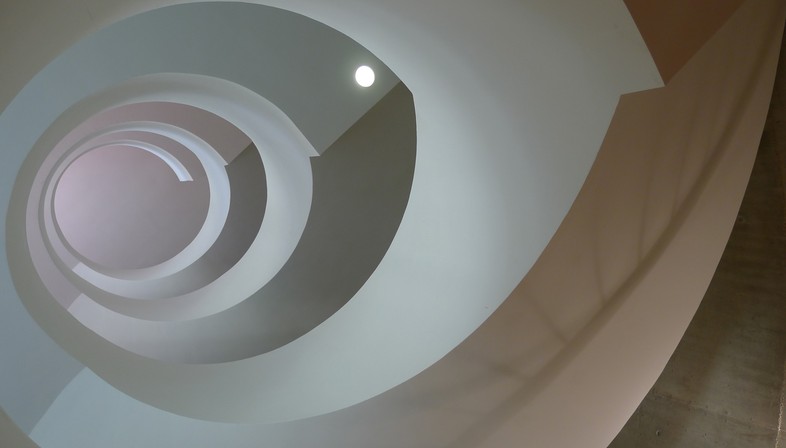 La Galerie d'Architecture in Paris looks at light as a key material in architecture, defined in terms of both the soft colours of natural light and the warm shades of artificial light, in an exhibition focusing on the partnership between architect Thierry Van de Wyngaert and François Migeon, light designer with the agency 8’18’’.
The two designers have been partners for a long time, since they first worked together about twenty years ago on the design of a water tower that “was supposed to be invisible” but ended up becoming a landmark. They have worked together on numerous projects since then, and in all of them “light” has been a key material, the focus of both men’s careers.
The exhibition presents both the two designers’ work together and their parallel careers. Architect Thierry Van de Wyngaert described François Migeon as one of the designers who brought light into the city centre, emphasising how the social transformations underway in our cities today have changed the way we live.
The architect notes, for example, that people sleep much less today than previous generations did, and that the night has become more important to the way we live; cities are a hive of activity at night. Architecture participates in these changes and helps reveal this new dimension of urban space revolving around light. "Light has become an emblematic way of changing the way a city looks" (Thierry Van de Wyngaert). 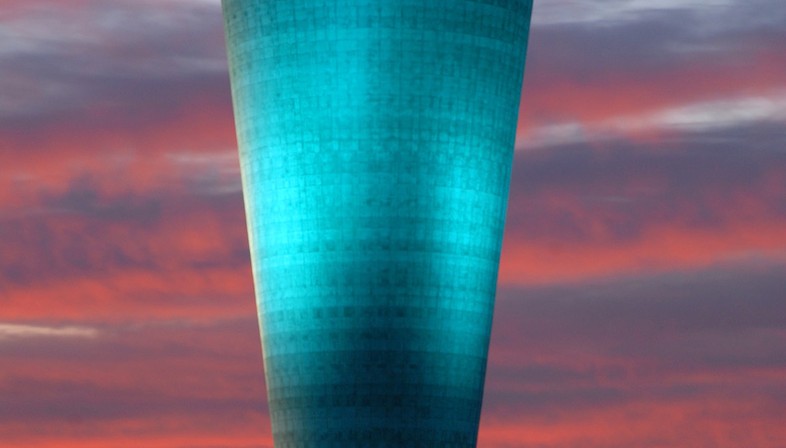 One of the projects most representative of the two designers’ work is definitely the water tower in Paimpol, in Brittany, inaugurated in 2006. Going against the tradition for structures of this type, a construction which normally attempts to go unnoticed, the architects decided to reveal the construction, to make it highly visible, using light to transform it into a landmark in the landscape. The tower overlooks a bay where oysters and scallops are farmed, across from the island of Bréhat, and so mother of pearl becomes the key theme. The base and crown of the water tank light up, and the construction as a whole looks like a giant shell left on the beach by a wave, filled and emptied of light with the tides. The intensity of the light and of the colours is regulated by the sea, increasing gradually as the tide comes in. A light inside the polycarbonate-covered structure remains constant, while colours projected from the base lighten the concrete, giving it a colourful evanescent look. 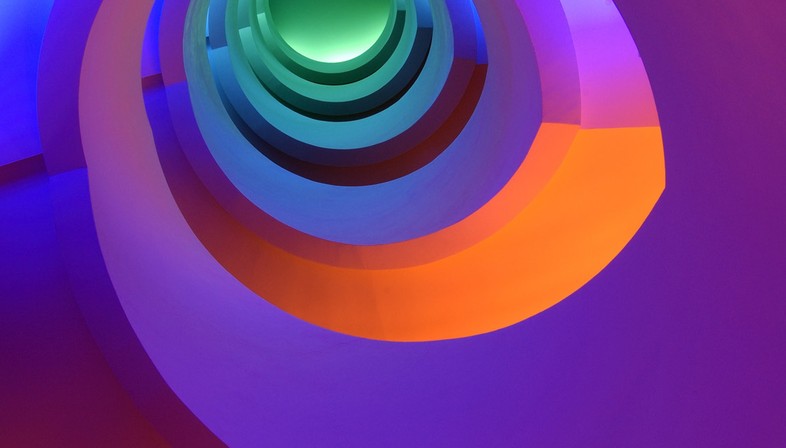 Another project in which the relationship between natural and artificial light is highly significant is Chevreul university library in Lyon. The clear glass façade facing the city recalls the library’s role as a place of knowledge open to the world. The building disappears into its surroundings, revealing its precious contents. The library is organised on six big levels, one for each discipline, connected by a monumental central staircase, the most important architectural element in the project. The elliptical staircase fits into the “silent” horizontal floors, adding a touch of dynamism to the whole and symbolising meeting and discussion. The untreated concrete staircase appears to be vertically cut off from the glass façade, opening onto the public space to reveal colours inspired by the colour progression and the work of chemist Eugène Chevreul, after whom the library is named. 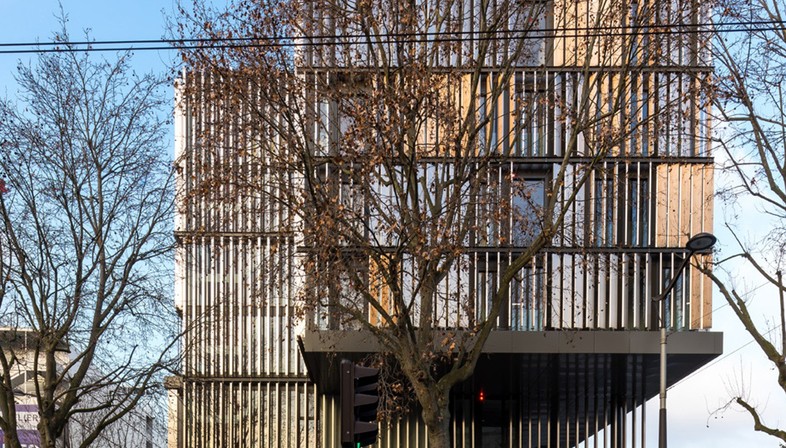 The exhibition opens at La Galerie d'Architecture in Paris on January 30 and continues until February 24. We Archi magazine will be publishing a monograph on architect Thierry Van de Wyngaert for the occasion. 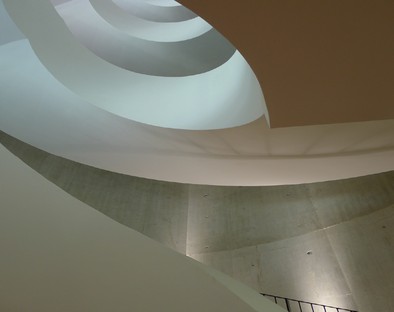 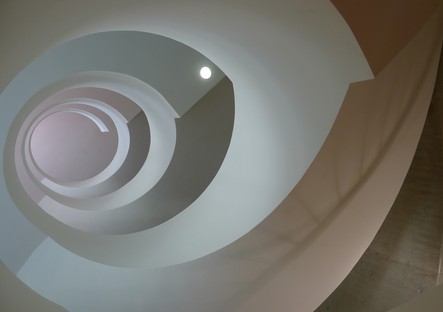 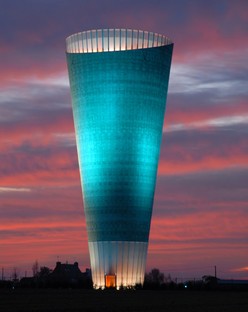 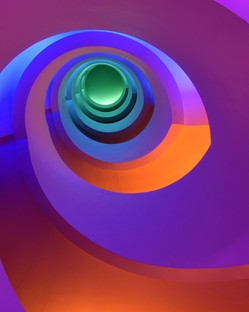 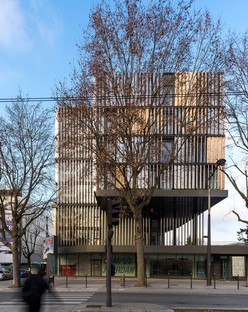 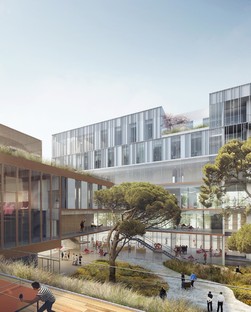 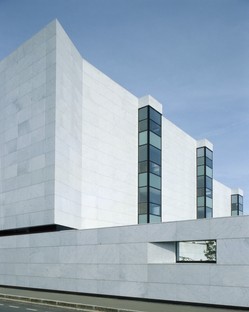