On June 8, 2019 the new church in Varignano, a historic working-class neighbourhood in Viareggio, was consecrated. The project was designed by the TAMassociati studio. The Italian architecture firm is known throughout the world for its Social Design projects and for its long collaboration with Emergency, the Italian NGO founded by Gino Strada. Some of the studio’s most recent works include the paediatric centre in Entebbe (Uganda), created in collaboration with architect Renzo Piano, the RPBW studio and Emergency’s Technical Office. 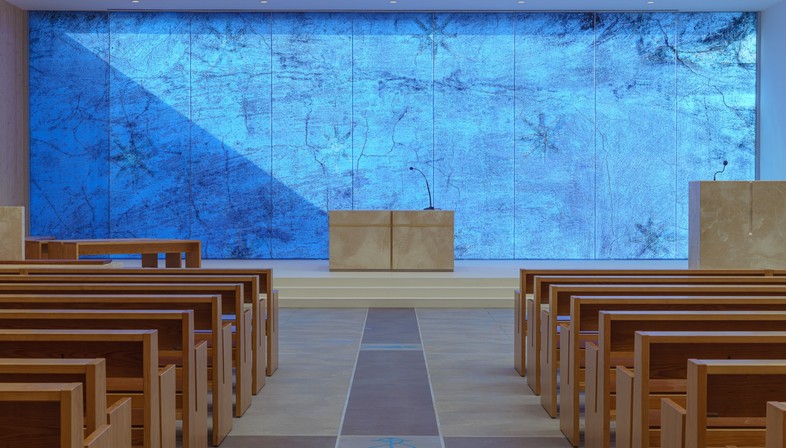 The social and urban regeneration of a territory is only possible when ties are created or strengthened among its inhabitants. Translated into architecture, this means designing places for social interaction, where users can rediscover a sense of community. Hopefully, this is going to happen in Varignano, the historic working-class neighbourhood in Viareggio, where the new church designed by the TAMassociati studio was consecrated on June 8, 2019. The Italian architecture firm is known worldwide for its Social Design projects, also thanks to its long-standing collaboration with the Italian humanitarian NGO Emergency. TAMassociati's projects include the new Emergency headquarters in Milan and some of its hospitals, such as the Salam di Khartoum Centre for Cardiac Surgery in Sudan, which won theAga Khan Award for Architecture 2013. And among its most recent projects, the Paediatric Centre under construction in Entebbe in Uganda, designed as part of a collaboration between Architect Renzo Piano and the RPBW studio, with TAMassociati and Emergency’s Technical Office. 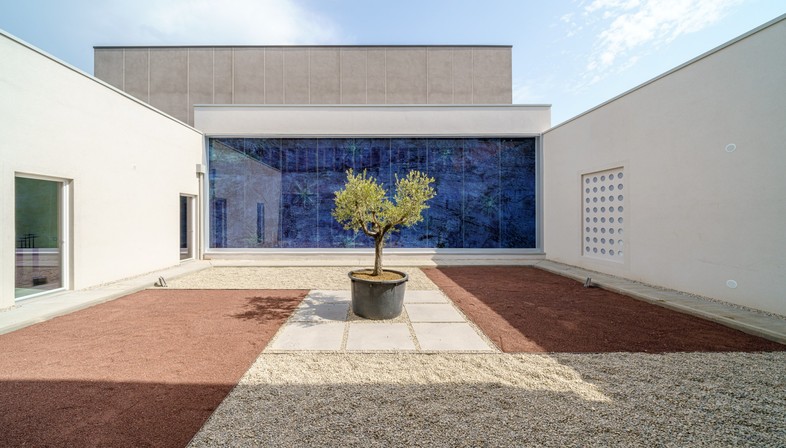 For the new Resurrection of Our Lord parish complex, the “factory church”, as it was immediately renamed in honour of the neighbourhood’s labour-focused past, architects from the TAMassociati firm stressed that the project is < em>“a strong signal of renewal for the whole neighbourhood and, at the same time, a model of participation that involved clients, designers, social and institutional actors, open to the city. A church that belongs to the community, but also one that was built with and for the community”. For this area of the city, which has historically faced many difficulties, the architects of TAMassociati designed a complex that respects the principles of sustainability, offers a high level of environmental comfort and a high performance. But there is more. The new parish complex is in tune with the local identity, respecting the sense of memory of its inhabitants and as such, is able to become the driving force of the social and urban regeneration of the whole neighbourhood.
The project represents the end of a journey begun in 2015, when the Archdiocese of Lucca announced the design competition as part of the "Percorsi Diocesani" project. An initiative launched by the Italian Episcopal Conference with the aim to promote new models for religious buildings. The competition won by the TAMassociati firm was followed by two years of works, which came to an end with the consecration of the new church and the inauguration on June 17 and 18 of a national process dedicated to various pilot projects concerning religious buildings. 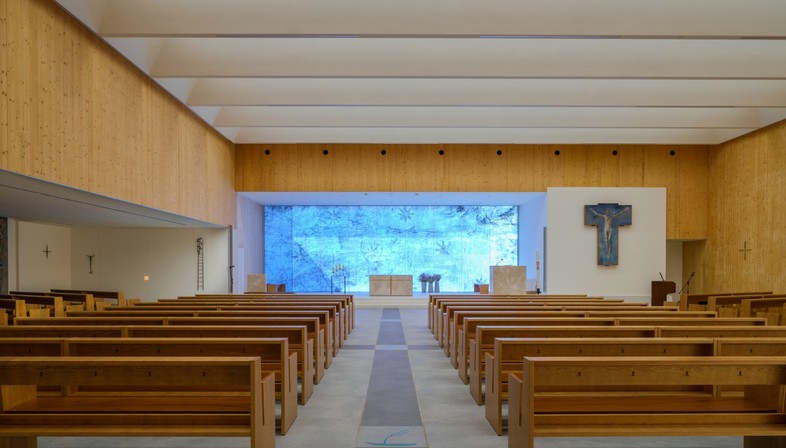 Simple volumes, linear paths, luminous spaces interacting with each other. Beautiful in its simplicity: this is indeed the most suitable definition for the project of the parish complex. There is no “sensationalism”, no search for a brazen monumentalism, but rather close attention to the symbolic details, to key issues such as sustainability, a conceptual and constructive sobriety that gives architectural form to the sense of memory and rebirth of the places. A consolidated memory rediscovered in the restoration of the pre-existing building’s artworks, in the old marble floors that have been relaid and in the fusion between old and new furnishings. All while satisfying the request put forward by the community and helping to trigger and build a sense of mutual belonging. 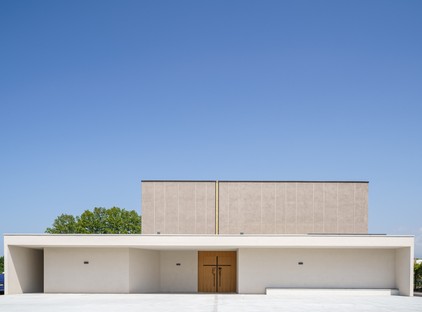 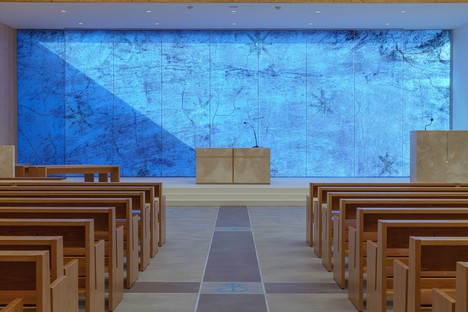 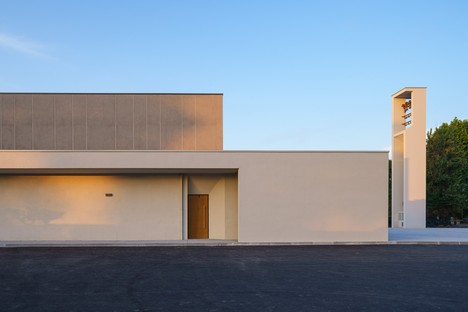 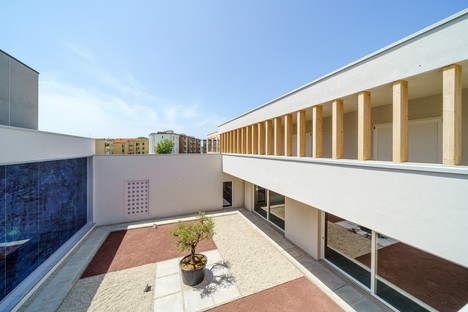 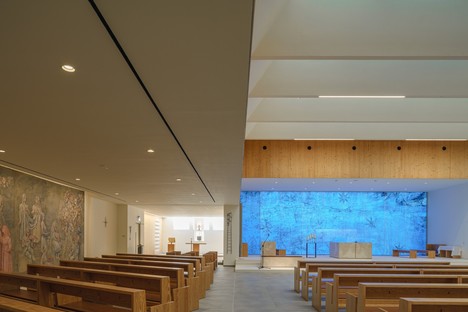 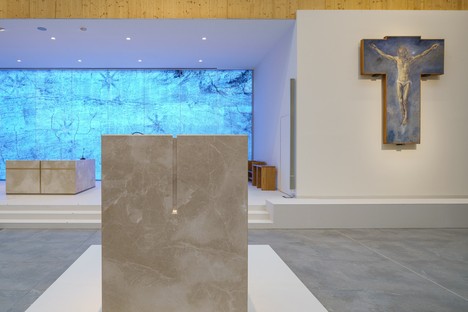 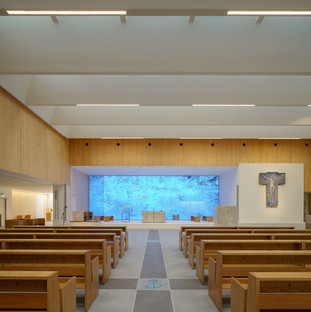 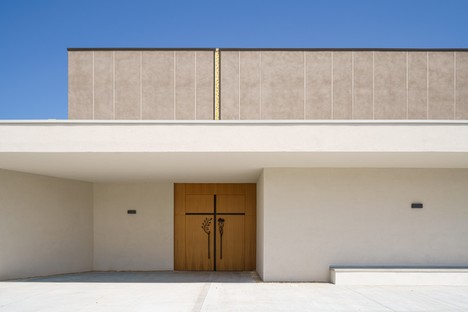 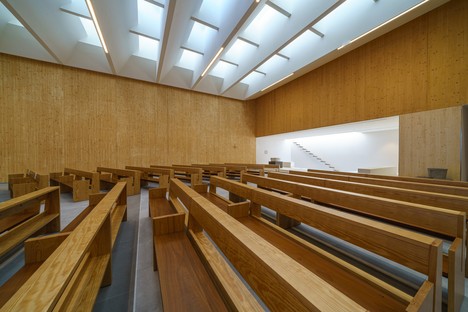 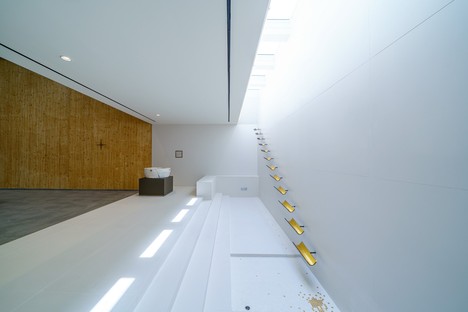 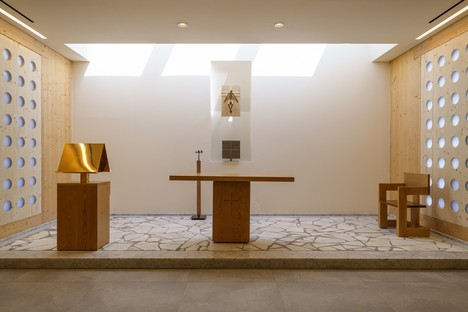 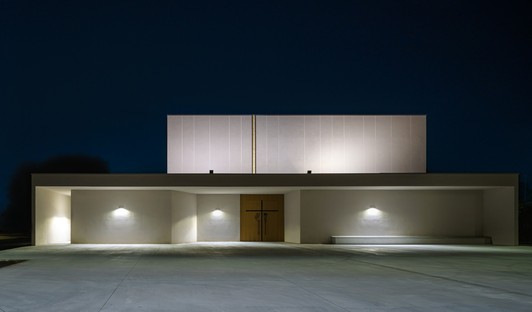 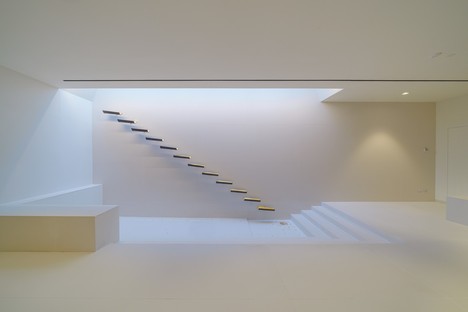 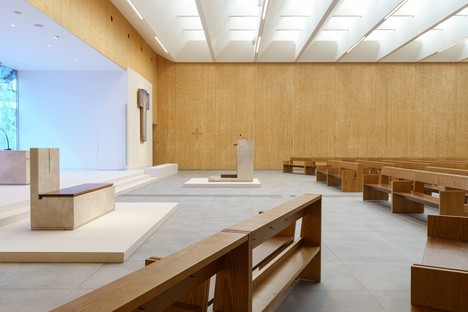 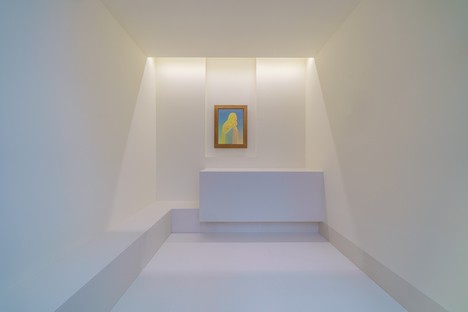 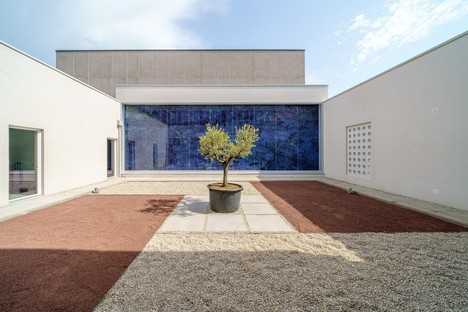 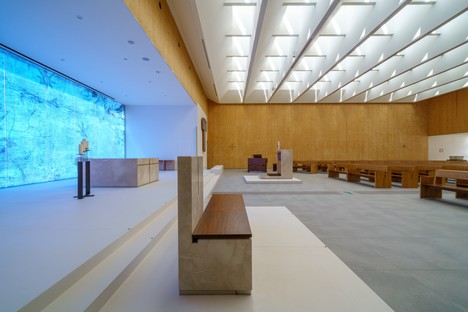 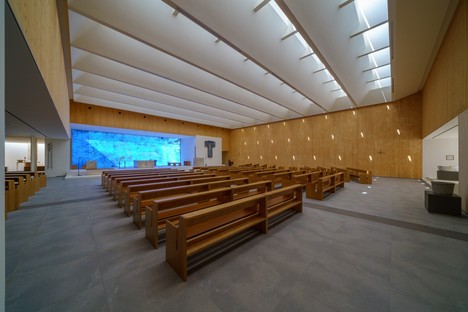