The severity of the global climate crisis forces professionals to face important responsibilities in designing and constructing new buildings and everyone must do their part. On the one hand, companies like the Iris Ceramica Group commit to fully supporting environmental protection in all phases of the production cycle and to developing eco-active products for architecture, as well as for interiors. On the other hand, architects must focus on creating high quality spaces for people, while also reducing our environmental footprint. This is the case of a recent project, Powerhouse Brattørkaia designed by Snøhetta, which aims to set a new standard for the construction of buildings. 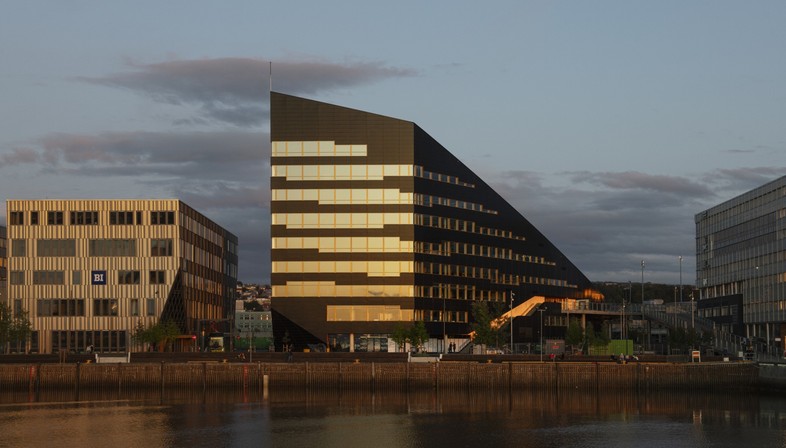 According to a recent report published by the World Green Building Council (World GBC) and studies carried out by the World Resources Institute, buildings and the construction sector are responsible for 39% of all carbon emissions in the world. The continuous growth of the world population and the severity of the climate crisis make the environmental issue an urgent problem to face and everyone must do their part, including companies such as the Iris Ceramica Group, which commits to improving and zeroing emissions in its production cycle, developing eco-active products for architecture as well as for interiors, promoting and supporting environmental initiatives and projects through its own foundation. Moreover, architects play a crucial role by constantly committing to responsibly designing high quality spaces for people, while also reducing their environmental footprint. This is the case of the Powerhouse Brattørkaia building located in Trondheim, Norway, and designed by the Snøhetta architecture firm. In the deep north, Snøhetta’s project aims to establish a new standard in the construction of buildings: an architecture able to produce more energy than it consumes in its life, including the construction and future demolition phases.
Kjetil Trædal Thorsen, architect and founder of the Snøhetta studio, stressed that designing “energy-positive” buildings is the only feasible way in the future.
The architect proposed to adopt new guidelines for contemporary architecture: the principle that characterised 20th century modernist architecture and industrial design, "form follows function” should, in fact, be replaced with "form follows the environment". 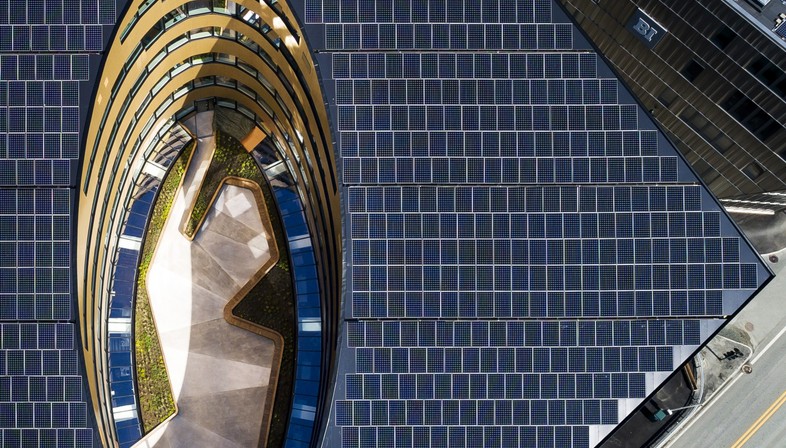 The city of Trondheim stretches along the Fjord with the same name and is the third and the northernmost of Norway’s largest cities. Due to its location, 63° north of the Earth’s equator, sunlight varies greatly between the seasons, with only a few hours of darkness in the summer and long winter nights. A situation that posed a big challenge, as well as a unique opportunity for the architects. Designing the Powerhouse project, it was necessary to find a way to harvest and “store” solar energy by designing a suitable storage system. Powerhouse Brattørkaia is an 18,000 m2 office building located on the Trondheim Fjord. A favourable position thanks to the beautiful sea views, the proximity of the port and the fast connection to Trondheim Central Station via a pedestrian path. Architects designed the waterfront façade, clad in solar panels, in a similar scale with its neighbours. The new building produces more energy than it consumes and it is able to satisfy both its daily consumption needs, as well as to supply nearby buildings. It also supplies energy to several means of transport (electric buses, cars and boats) through a local micro-network. 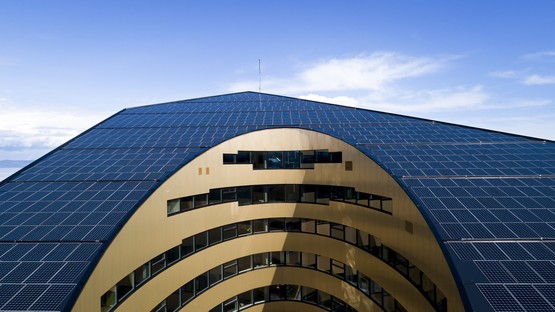 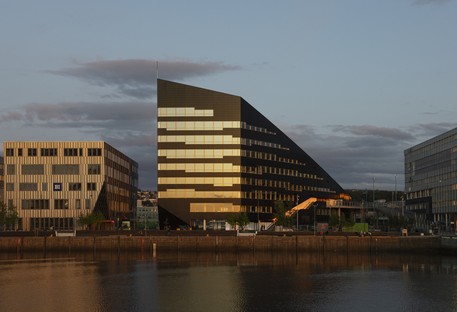 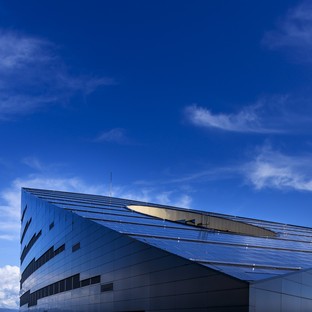 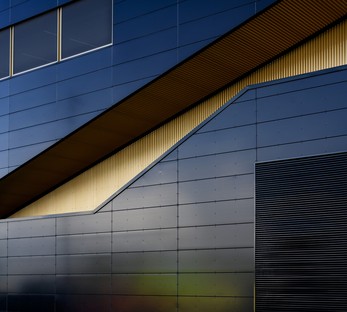 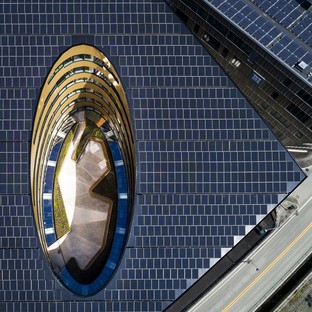 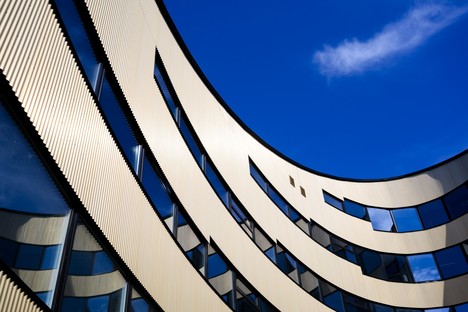 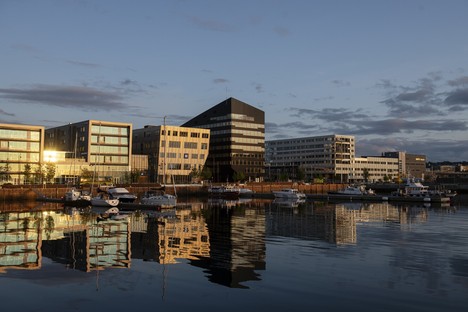 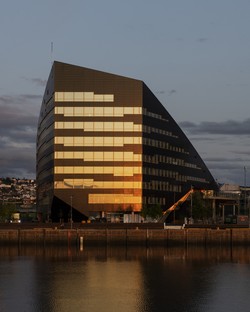 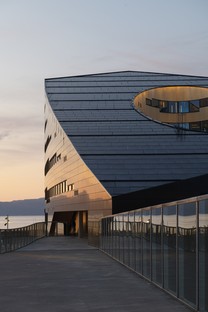 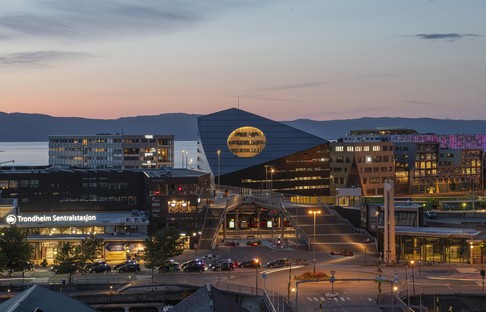 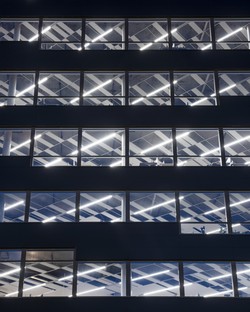 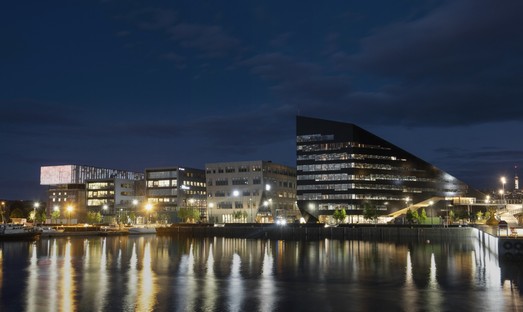 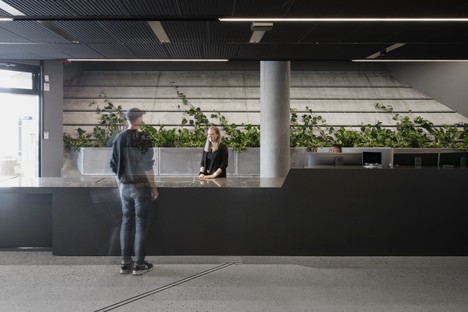 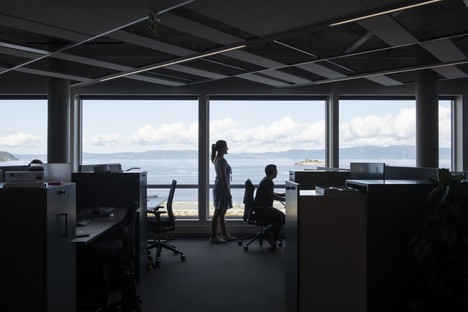 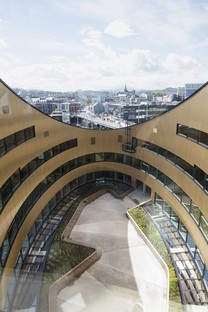 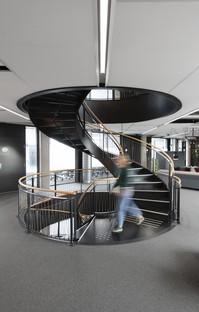 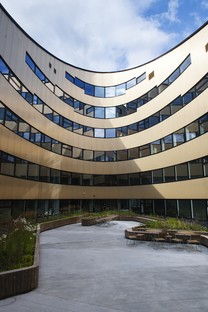