Not Verhoeven’s cyborg: RoBoCoop stands for Roma Bologna Cooperazione and is the name of a pair of street artists who combine classical painting with contemporary architecture, creating works that can only be seen on the walls of their native cities. 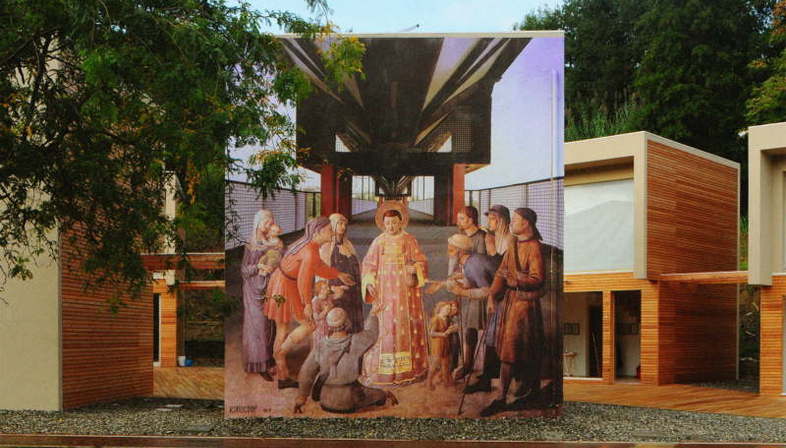 Vermeer and Aldo Rossi, Botticelli and Superstudio, great painters and great architecture finally come together under the banner of street art. The merit lies with the RoBoCoop duo, who are covering the Italian capital (and other cities) with posters in which we might see Torre Velasca towering over Veronese’s Wedding in Cana.

Roma Bologna Cooperazione – is the full name of – a street art collective that works in the urban context, reinterpreting classical paintings and frescoes with the addition of icons of contemporary architecture. Their means of expression is the poster: like the work of Shepard Fairey, known as Obey, the work of the RoBoCoop artists appears here and there in the city without warning, and without revealing the two artists’ real identity.

Both architecture students with a classical background, the two artists have a strong bond with the urban setting, as they themselves report: “The dimension of the city is essential in this project, which is intended to be a street art project. These works are born and die in the environment for which they were designed. If you want to see our work, you have to go to the places where it’s made, and you have to be lucky enough to find it.”

After making their debut in 2012 with Smog Project, in which the people in the painting wear masks for protection against fine particulate pollution, RoBoCoop has participated in numerous projects all over Italy, departing from the usual schemes and drawing their inspiration from sensations: “In spatial terms our work is not intended to be a dialogue between two artists, but is inspired by our personal feelings when we look at a certain painting or work of architecture. Sometimes we work in contrast, and sometimes in assonance, varying an ordinary architectural element or a shape. We have not yet completed our education, and so we are guided primarily by our sensations.» 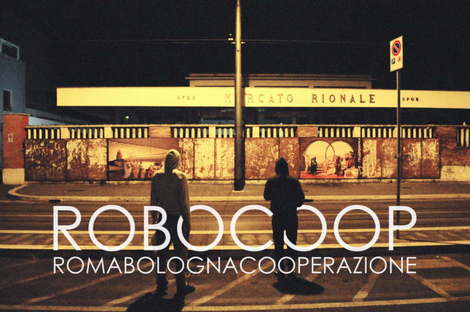 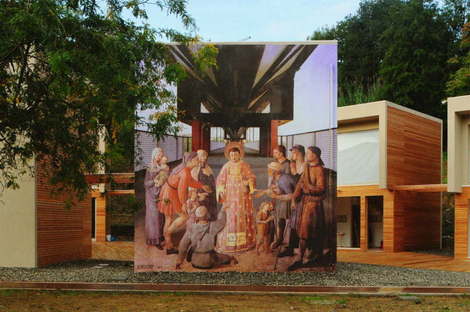 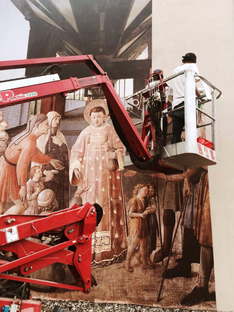 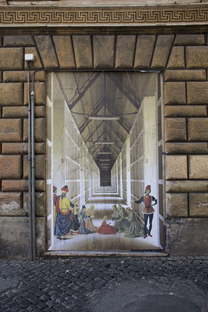 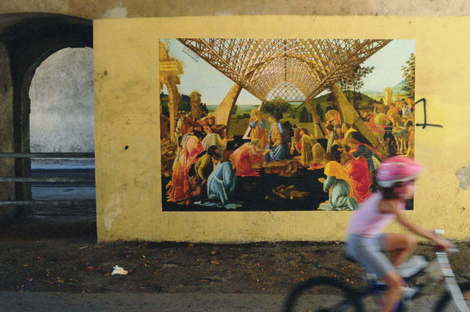 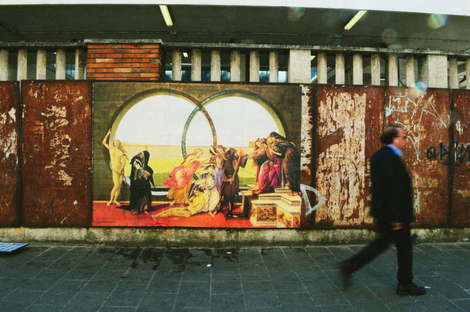 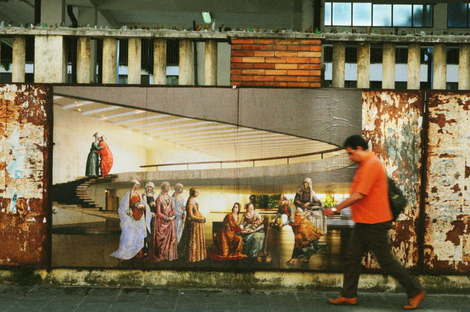 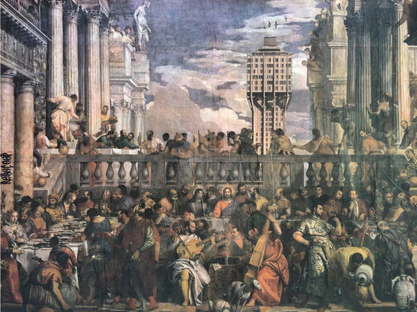 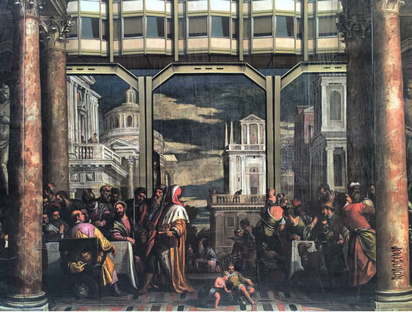 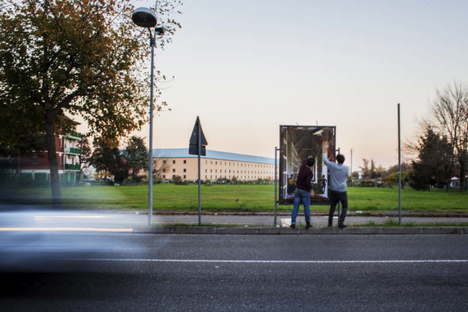 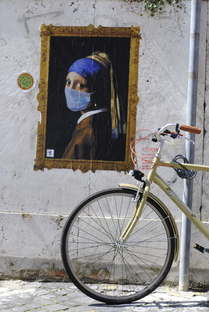 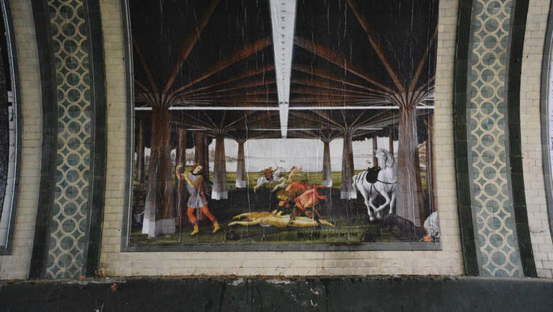