The "School in the park", which will be built in the former military area of the Cittadella-Lubuiana district in Parma and the recovery project of the Cascina Bilzi in Colorno, will be the interesting architecture and landscape projects on which the conference organised by the Order of Architects of Parma will focus during the second edition of the Rigenera Festival. The conference will be held on Tuesday September 27 at 5 pm, at Binario 49, Via Turri, 49 in Reggio Emilia. 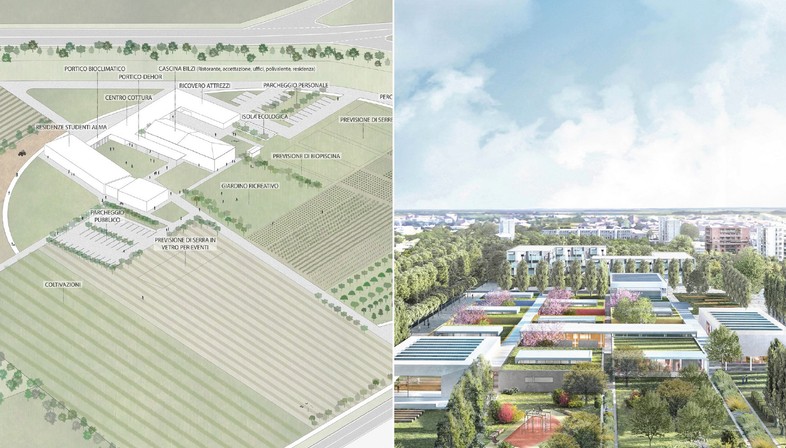 The second edition of the "Rigenera" Architecture Festival kicks off today in Reggio Emilia and will continue until October 1. The event, followed by Floornature as media partner, will also see the participation of the Order of Architects of Parma with the conference entitled " La rigenerazione è partecipazione" (Regeneration is participation), set to take place on Tuesday September 27 at 5 pm, at Binario 49, Via Turri, 49 in Reggio Emilia. The second edition "Fare con" (Do with) has expanded its areas of focus and collaborations, turning its attention to civil society and local professionals to promote the themes of the project – the quality of space, landscape and urban regeneration to which the festival is dedicated – in an even more effective and widespread manner. In line with the concept of this second edition, the conference "La rigenerazione è partecipazione " organised by the Order of Architects of Parma is presenting two projects that will be completed in the next few years. The first is the Scuola nel parco (School in the Park) project designed by Studio Gap associati, Neostudio Architetti Associati, Ld + Sr and others, winners of the competition for the regeneration of a former military area in Parma’s Cittadella-Lubiana district. For this area characterised by a strong urban expansion, the architects designed a school conceived as an urban microcosm connected to the neighbourhood and open to citizens. The landscape becomes part of the project, as the single-storey shool buildings alternate with paths, squares and green spaces. Only the volumes of the auditorium, the library and the gym emerge over the context of the other buildings to affirm their urban value.
The second project, instead, concerns the recovery of Cascina Bilzi in Colorno, in the province of Parma. The intervention focuses on a series of disused farm buildings and the adjoining farmland. The project provides for the farm’s use for growing organic horticultural crops using advanced techniques and involves a social cooperative specialised in the employment of people with difficulties and disabilities, as well as students from ALMA, the International School of Italian Cuisine. The regeneration of the buildings will, in fact, facilitate the construction of a restaurant and apartments for students with adjoining labs for training and itineraries for visits and discovery of the agri-food world.
Participation in the conference will allow architects to acquire professional training credits.

Images courtesy of Order of Architects of Parma 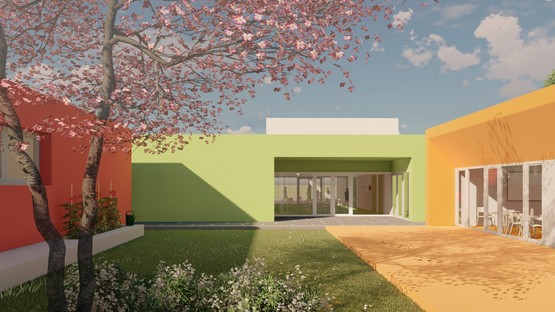 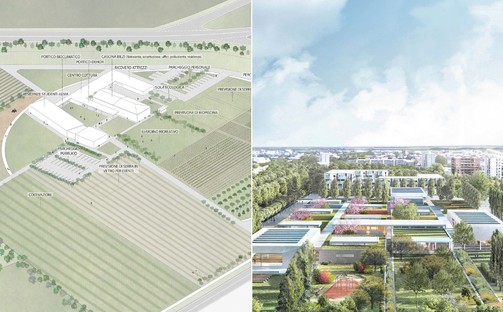 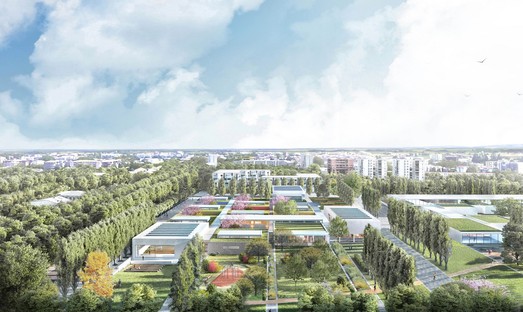 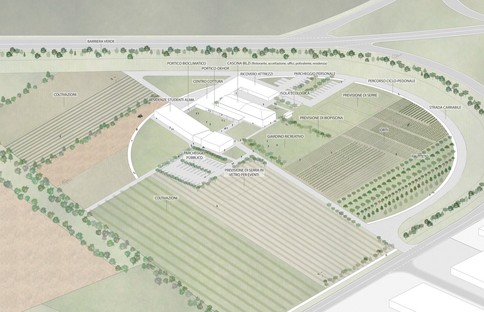 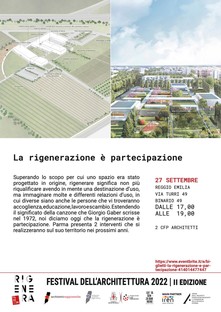