Palermo, city of inclusion of art and architecture 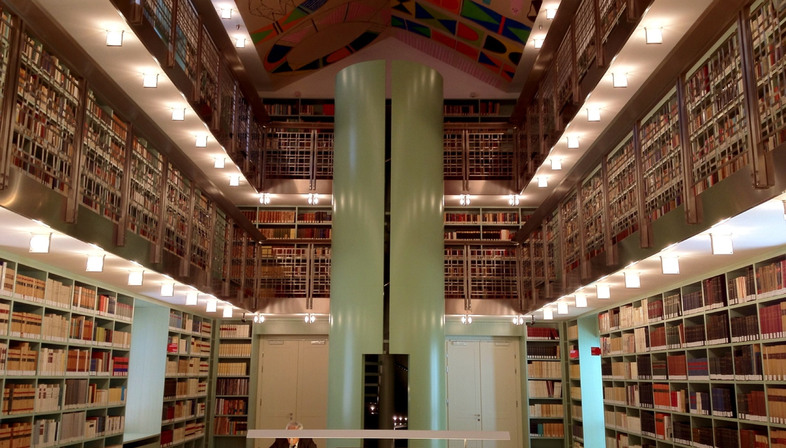 Palermo is the capital of culture in 2018 and container for Manifesta 12, one of the world’s most important contemporary art biennials. An important national and international showcase for the Sicilian city, an opportunity to promote the value of culture as a tool for social cohesion, integration and development. In this Palermo itinerary, we discover a vibrant city where a climate of renewed confidence is encouraging private owners and public authorities to renovate historic buildings and invest energy and resources in new social and cultural spaces. An unexpected contemporary face of Palermo, where great architects are addressing local issues and making their mark on the city. To permit full enjoyment of the city’s historic, architectural and artistic heritage, cultural spaces have been reorganised, divided into four main “Poles”. The places that will be the preferred location of events and activities in 2018 are the Cantieri culturali della Zisa, Teatro Massimo, Palazzo Sant’Elia, Loggiato San Bartolomeo, the Spasimo, Palazzo Branciforte, the Sant’Anna alla Misericordia Complex and Castelbuono Civic Museum.
Palazzo Abatellis: architect Carlo Scarpa
A recently published novel offers a historical and investigative itinerary alternative to the one proposed in the museum designed by Carlo Scarpa to house Galleria Regionale di Palazzo Abatellis. In 1953, Scarpa completed one of the most influential projects defining the modern concept of architectural restoration in Italy: in the stately home in the centre of the Kalsa district that now houses the Galleria Regionale per l’Arte Medioevale, Scarpa created an installation project that Walter Gropius has defined as “A masterpiece. The best museum installation I have seen in my life”. In one of the most important examples of Mediterranean Gothic architecture in western Sicily, Carlo Scarpa underlines the uniqueness of the masterpieces on exhibit with his ingenious solutions, such as supporting the paintings on one side only so that they can be turned by hand to suit the light conditions.
Palazzo Branciforte: architect Gae Aulenti
A project employing the idiom of modern architecture on the basis of the idea of continuity and the theory of “doing architecture by placing a work not only on its site, but in its site and therefore in history”. Gae Aulenti sews the fragments of the ancient city back together without altering their nature while pursuing innovative ways of protecting the aesthetic autonomy of the place, its culture and traditions through use of historical references. The five-year restoration project produced a modern cultural centre in a historic 17th century building housing the archaeological collections from the Foundation’s storage areas: more than 4,700 items stored in earthquake-proof display cases built up against the walls, designed by Aulenti’s architectural practice like the other furnishings. On the opposite side of the street in the complex is a courtyard containing a new fountain and a cooking school with a restaurant, while the ground floor houses a bookshop and a conference hall. On the first level is a library containing more than 40,000 books. The former wooden archives are a maze of shelves, ladders and platforms, now used to house temporary art exhibitions.
La Cala: architects Sebastiano Provenzano and Giulia Argiroffi
The restoration of La Cala in Palermo is considered one of the most important projects marking the city’s rebirth. A forgotten place has become a new centre of urban aggregation, for the two architects’ project restored the city’s relationship with the sea, winning them the Bilbao International Architecture Biennial prize in 2015.
Lungomare Foro Italico: architect Italo Rota
Italo Rota addressed the theme of “the sea” and what it means to the people of Palermo. He was appointed to redevelop the city’s old waterfront, creating spaces for sports, leisure and children. The project features curious glazed terracotta traffic barriers, and ceramic benches with blue cushions and sofas arranged to form “rooms”, with red cement carpets in the middle, decorated by young local artists.
Teatro Garibaldi.
Built on the site of an ancient garden, the theatre was opened in 1862 in a ceremony attended by Giuseppe Garibaldi. It has seen ups and downs over the years, but the recent restoration work has fortunately returned this key cultural and historical asset to the city.
GAM – Galleria d’arte moderna: architect Corrado Anselmi
Opened in 1910, the Gallery is located in the monumental complex of Sant’Anna, an evocative exhibition space. The gallery has three levels: the ground floor, hosting Neoclassical and Romantic works inspired by classical mythology, realism and masterpieces of the nineteenth and twentieth centuries on the first floor, and lastly, on the second floor, collections of works focusing on Symbolism and Italian and Sicilian Modernism.
Palazzo Amoroso: architects Banfi, Belgiojoso, Peressutti, Rogers
Architects Gian Luigi Banfi, Lodovico Barbiano di Belgiojoso, Enrico Peressutti and Ernesto Nathan Rogers designed Palazzo Amoroso, completed in 1974, a rare model of Rationalist architecture in the city of Palermo. The locals call the building “La milanese”, because it has no balconies, but “tiny windows of the type normally found in Milan”.

Images: courtesy of the City of Palermo – office for the promotion of tourism 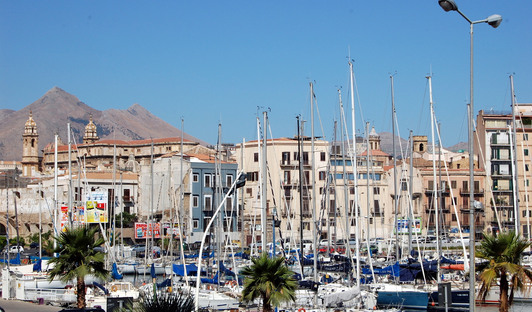 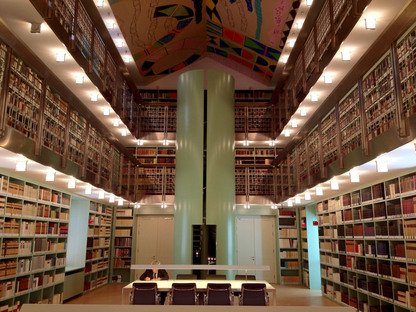 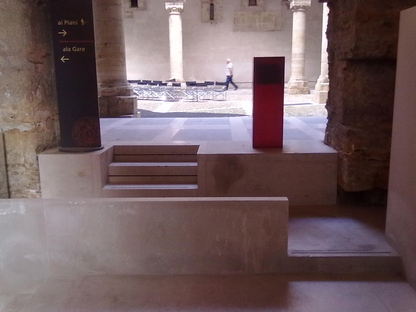 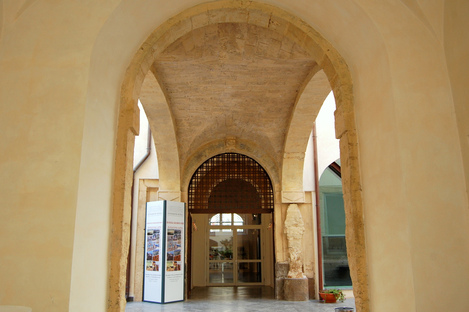 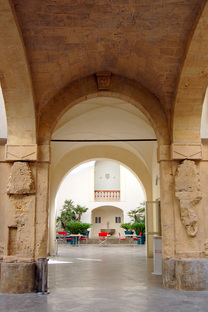 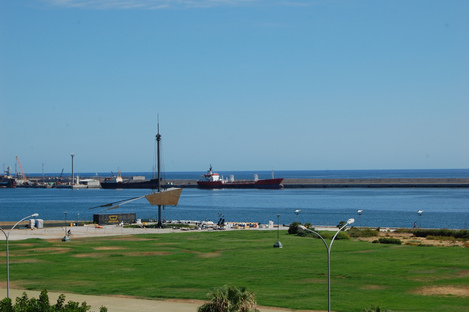 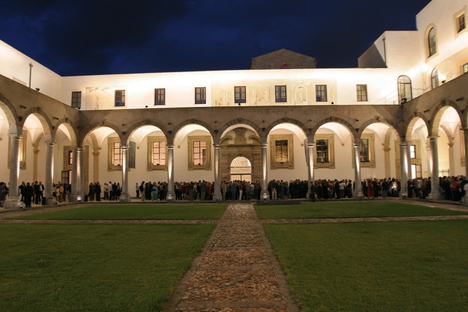 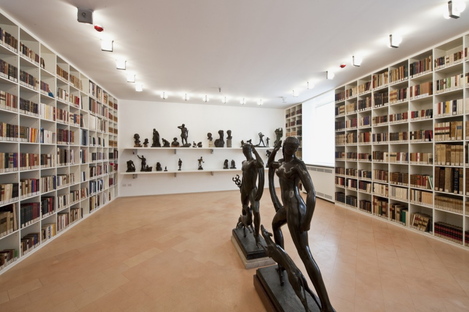 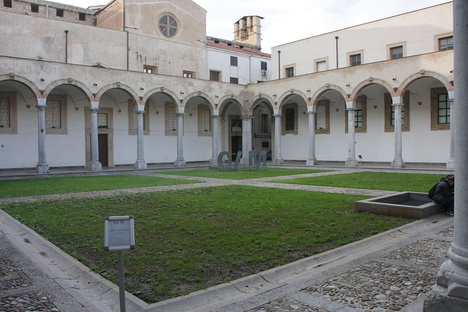 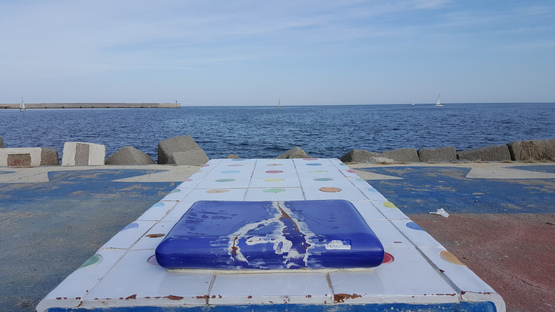 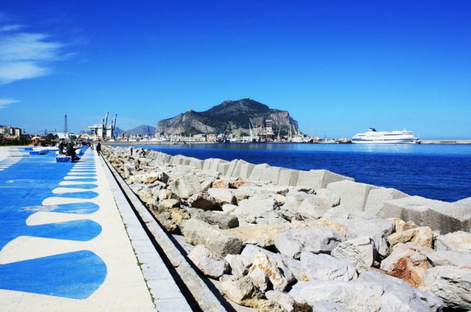 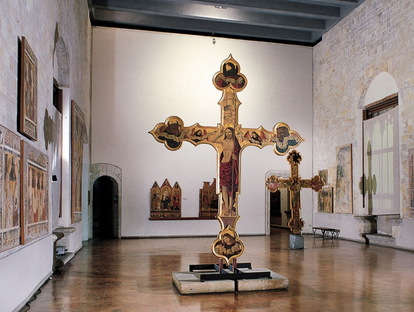 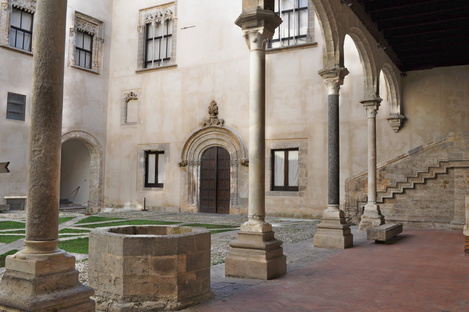 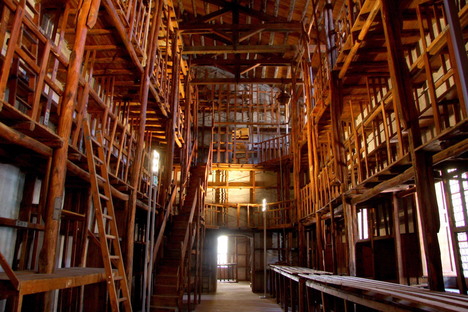 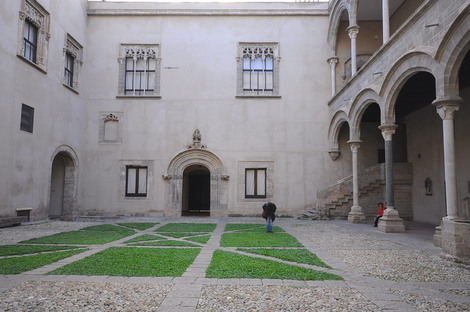 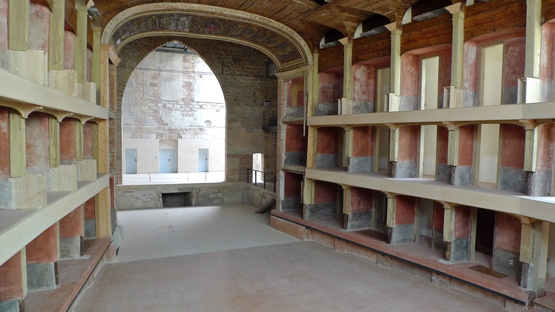 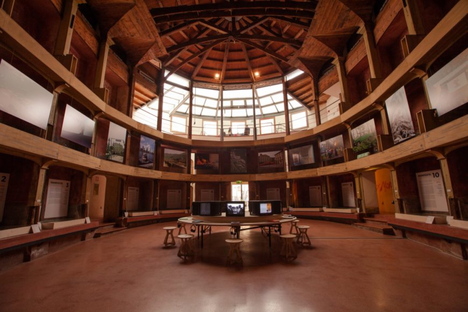