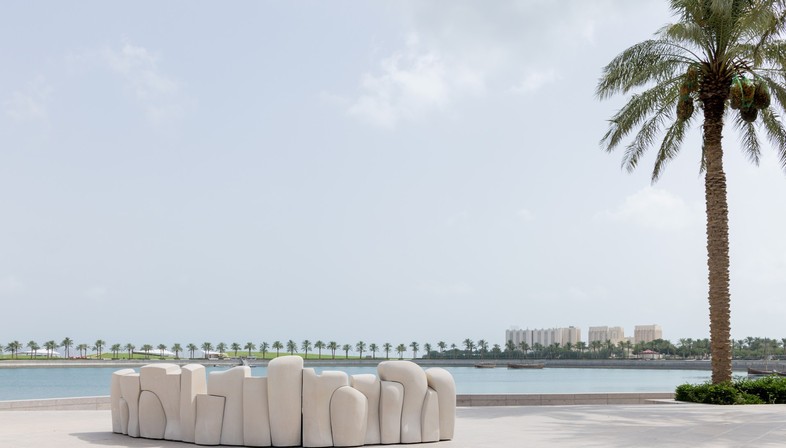 Qatar is due to host the FIFA World Cup from 21 November 2022. Alongside the construction of the stadiums and facilities needed to host the major sporting event, the country has embarked on an intense cultural development program to become a major art, culture and education center for the whole Middle East. To make it happen, Qatari museums, institutions and cultural heritage sites have been brought together and coordinated by Qatar Museums (QM). The institution has recently launched a new initiative for public spaces and included it within Qatar Creates, a national cultural movement that annually promotes the various cultural activities in the country. The program was presented on 9 August and involves creating 40 new site-specific works in as many public spaces. These installations of different sizes, shapes and materials, have been commissioned from leading international, regional and Qatari artists. The works will be distributed around the various districts of the capital and in other parts of the country, from Hamad International Airport to the stadiums hosting the World Cup matches, from the desert to the lively Souq Waqif in Doha, Q-Rail stations, parks, shopping areas, and various educational and athletic facilities, transforming the whole country into a large open-air art museum to help spread an idea of ​​contemporary art to be celebrated in everyday life, rather than being locked up in galleries and museums.
Artists representing every continent have been invited to create the works, expressing their creativity by drawing inspiration from the culture and the varied local population. The intention is to celebrate the local heritage, but also to open up to other cultures of the world.
The new installations include: Egal (2022) by Qatari artist Shouq Al Mana, installed along the Lusail Marina to pay tribute to the history and traditions of Qatar.
Dugong (2022) by American artist Jeff Koons, on display at Al Masrah park, a stainless steel sculpture, about 21 meters high and 31 meters wide, representing a Dugong, the now endangered marine mammal native to the waters of the Qatar. The most important works include: 7 at the MIA Park and East-West/West-East at Zekreet by Richard Serra, Falcon by Tom Claassen at Hamad International Airport, Gandhi’s Three Monkeys by Subodh Gupta at the Katara Cultural Village, Maman by Louise Bourgeois at the Qatar National Convention Centre, The Miraculous Journey by Damien Hirst at the Sidra Medical Centre, Bench by Saloua Raouda Choucair at the MIA Park. 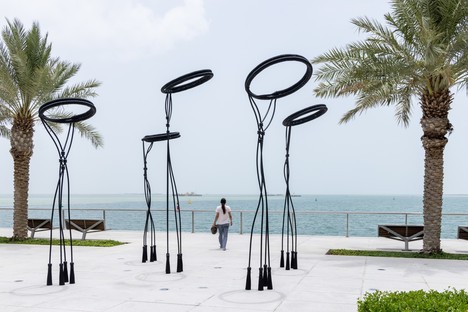 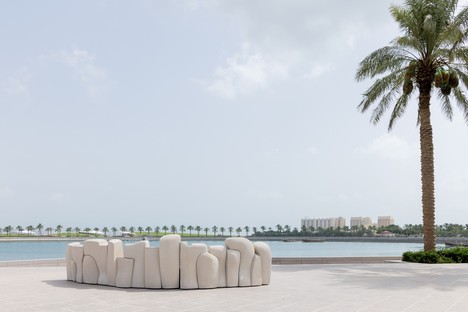 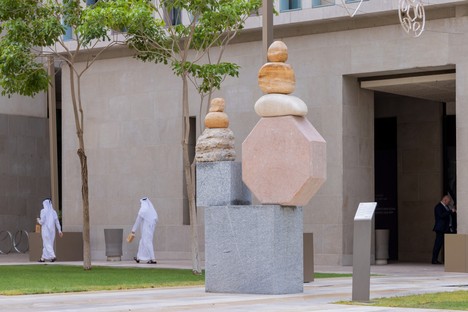 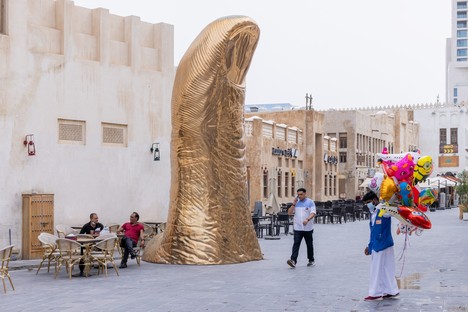 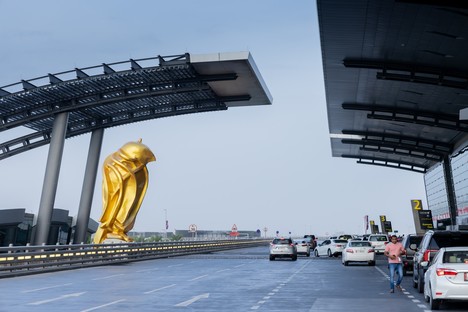 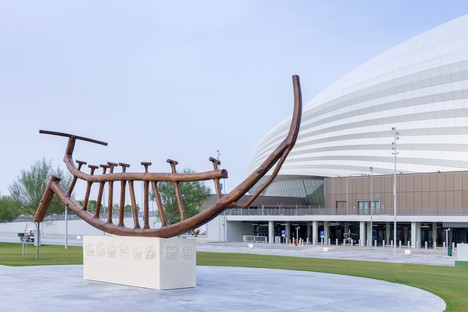 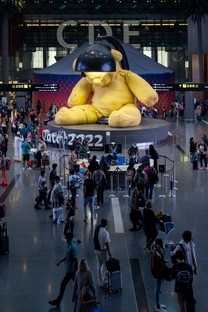 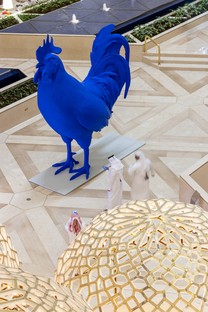 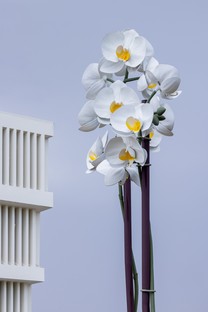 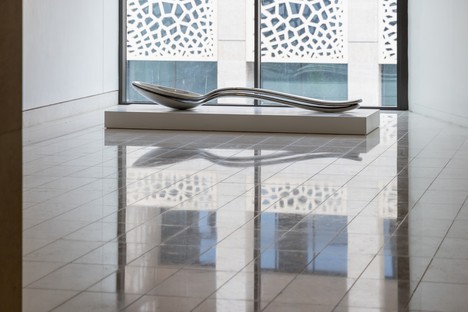 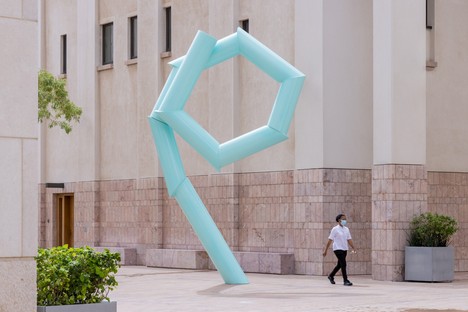 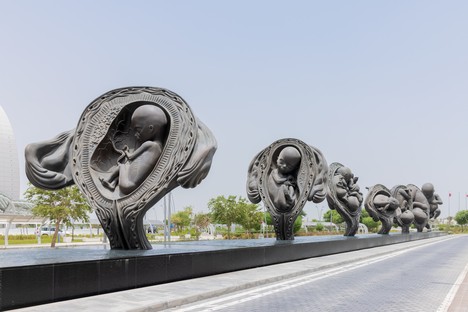 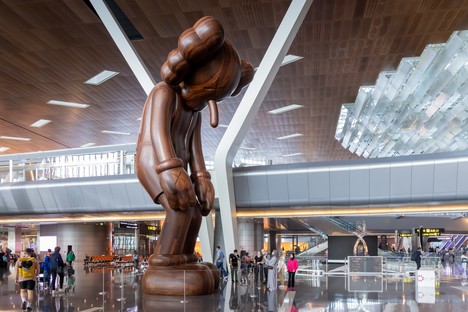 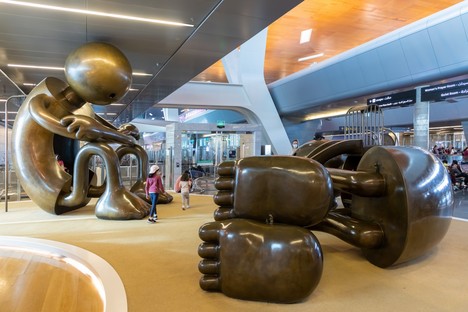 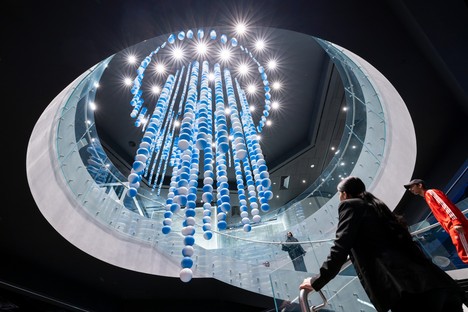 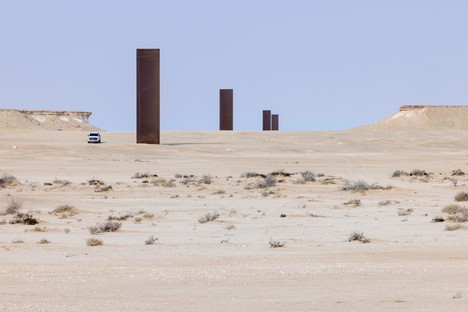 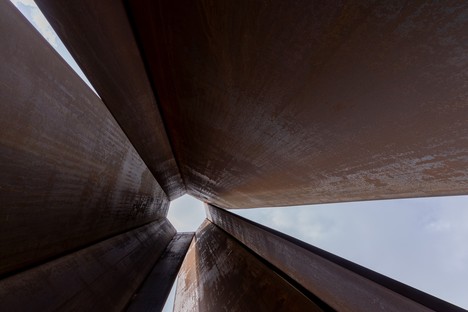 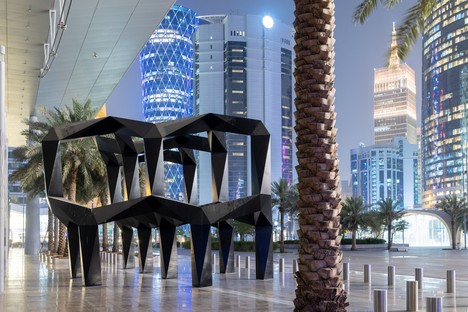 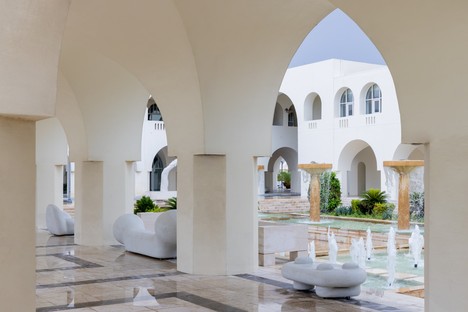