The San Marino Outlet Experience, designed by One Works and promoted by the Borletti Group, Aedes SIIQ, DEA Real Estate Advisor and VLG Capital opened its doors to shoppers on June 24. The architects conceived the outlet as a new point of reference and promotion of the Republic of San Marino, starting from the local context and the territory to define the topography, volumes, materials and paths of the new shopping complex. 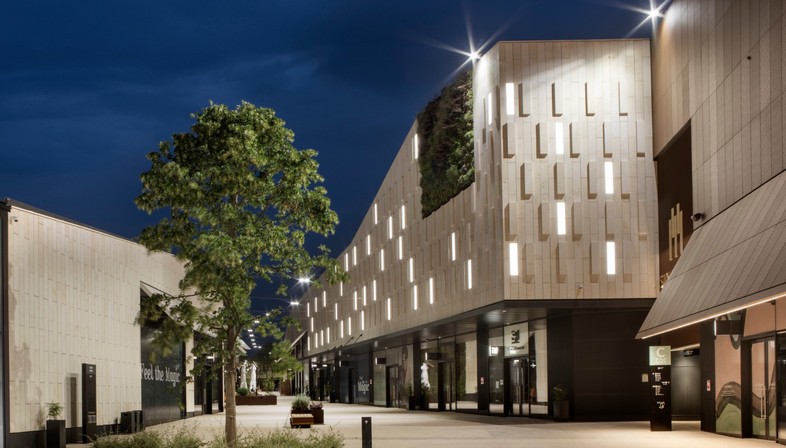 The new Outlet of the Republic of San Marino, the San Marino Outlet Experience, which opened its doors to shoppers on June 24, was designed by the One Works architecture firm and promoted by the Borletti Group, Aedes SIIQ, DEA Real Estate Advisor and VLG Capital. The project, as described by architect Leonardo Cavalli, managing partner of One Works, is rooted precisely in the territory of which it aims to become an important attraction.
Not a "UFO" that will land in an unknown area, but a cohesive group of structures that are reflected in the topography of the site, in the volumes and in the typical materials of the local context, conveying an "experience" closely linked to the territory to which they belong. As the architects explained, the project – inspired by the study and analysis of the territorial context – presented various constraints both from a historical, as well as a landscape point of view. To start, the architects defined clear guidelines for the development of the infrastructures, the flows of connections with the territory and the internal routes of the new shopping Outlet. The hilly territory of the Republic of San Marino defined the shape and design of the project. The car parks, for example, are located underground and, in order to optimise the excavations carried out and the occupation of land, closely follow the profile of the hill. The spatial organisation of the shopping complex is not that different from that of the nearby historic city, accepting its spatial proposals and reinterpreting them in a contemporary key. The floor plan is, in fact, organised in four squares arranged on different levels and connected by slightly sloping paths. Thanks to this approach, spaces dedicated to rest and relaxation are alternated with shopping spaces.
In presenting the project, architect Leonardo Cavalli from the One Works studio explained how the intent was to offer a clear message to visitors right from moment they set eyes on the outlet, promising "to offer a unique and comforting shopping experience [...] exactly as it happens for those who arrive in San Marino and immediately feel they have been immersed in a space with fascinating history". Contemporaneity, sustainability and relationship with the context: these are the three key points that define the project and are clearly reflected in the articulation of the volumes, in the choice of materials and finishes, in the topography of the complex that does not hide, but instead accepts and accentuates the orography of the territory. The shopping outlet was created to become a new point of reference, attraction and promotion for the Republic of San Marino. In fact it is no coincidence that inside, a space has been designed and set up, managed in collaboration with the San Marino Tourism Office, to offer tourists and citizens the information they need to discover this small Republic, a UNESCO world heritage site.
Respect for the local context and its history has also resulted in the adoption of design and engineering choices aimed at guaranteeing high sustainability standards for each phase of the complex. The Outlet was conceived and built according to the criteria of the BREEAM International protocol. The solutions adopted – both in terms of systems and of the architectural envelope – make it possible to significantly contain the consumption of resources and to maximise the comfort of the spaces for all the different types of users.

Images courtesy of One Works, photo by Alessandra Chemollo 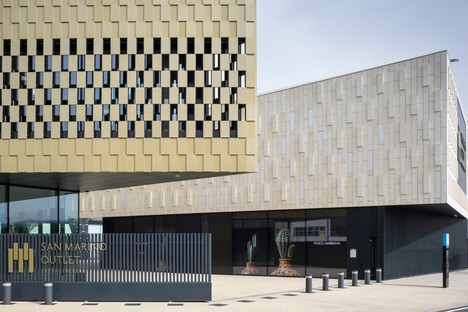 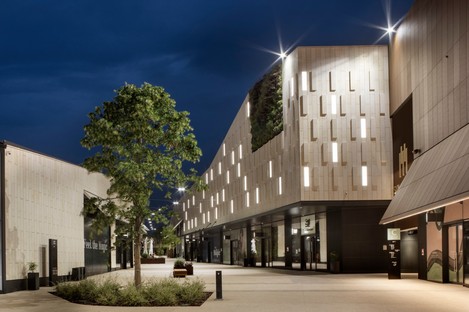 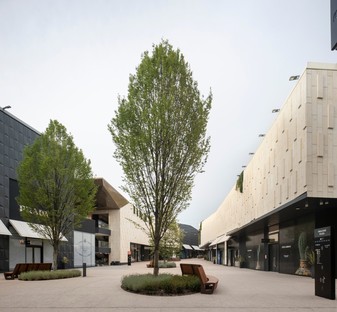 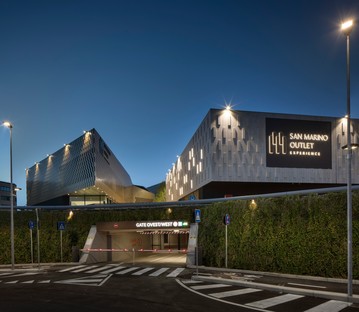 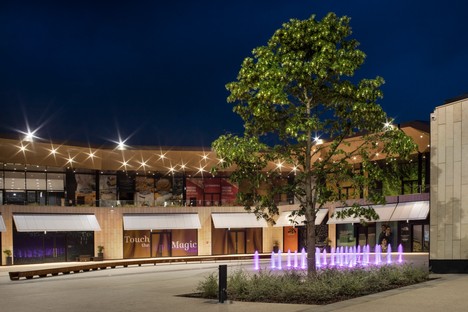 Architects and Architecture at Salone del Mobile and Fuorisalone