The double-height winter garden is not only an important mediation space between inside and outside, but it becomes the key element of the residential refurbishment project carried out by the oitoo architecture studio in the Oliveira do Douro district in Vila Nova de Gaia, Portugal. In Portugal, in the Oliveira do Douro district in the city of Vila Nova de Gaia, an important production centre of the famous Port wine, the oitoo architecture studio has completed the refurbishment project for a residential building. The pre-existing building is located in a peripheral area with respect to the city centre. An area that, as other large city suburbs, has seen an important urban sprawl in the last fifty years, not supported by adequate planning or where compliance with building codes and zoning regulation has often been turned a blind eye to. Hybrid contexts between countryside and city have therefore been created. Such areas are no longer recognisable as rural-agricultural area, but at the same time they are not part of the urban fabric. A hybridisation that also includes many of the residences built in such places which, indeed, provide some of the most evident examples of this complex situation. Many of these buildings were, in fact, originally workplaces, in large part warehouses for the storage of equipment and materials for the cultivation of agricultural land. Over time, the inhabitants added an upper floor to these warehouses, progressively transforming them into residences. Interventions often made without any sense of direction or order. In other words without the reasoned contribution of an architect or a designer, but obtained simply by casually adding new comforts to the existing spaces. The transformation of these workplaces into residences was, in fact, the natural evolution for the spaces located on the ground floor.
The intervention carried out by the oitoo architecture studio also fits into this diverse context. The architects were commissioned to carry out the refurbishment and transformation of one of these former warehouses into a residence. In particular, that which immediately became clear to the designers, was the need to restore the value and overall coherence of the building and not just to adapt its structure to contemporary thermal comfort and energy efficiency standards. The pre-existing building, in fact, presented a disorganised ground floor, a former garage transformed into a living area, but without any relations with the generous external courtyard. In addition, it was necessary to respond to the clients’ requests, who wanted an adequate space to host large family reunions.
The project created by the oitoo studio responded to the various needs identified by introducing a new and important architectural element: a double height winter garden. The architects have inserted this new transparent volume, whose basic function is to mediate between inside and outside, in front of the "secondary" façade which overlooks the rear courtyard of the building.
The winter garden creates a new balance in the building, suddenly inverting the hierarchy of what was previously considered the "back”, the non-public façade and therefore the less important one, which has now become the "main" façade of the house, as well as an ideal place for family leisure time.
Through this space, the continuous living area of the house extends to the outdoor garden and vice versa, while at the same time creating a direct connection between the two levels of the building. The transparent and glazed volume of the winter garden, in fact, is not only important as it helps improve the climatic comfort of the building, but also becomes an important element of mediation between the ground floor and the upper floor, as well as between inside and outside. 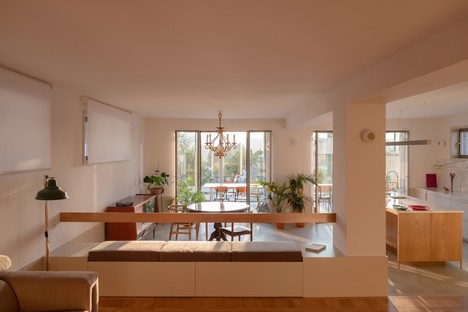 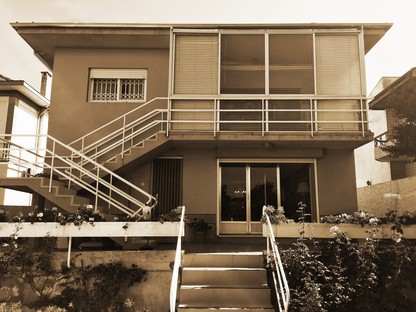 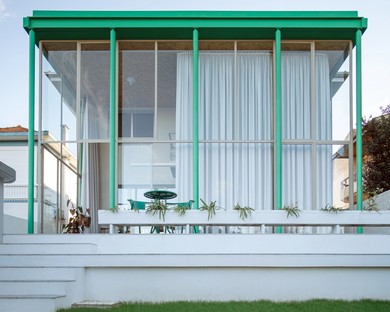 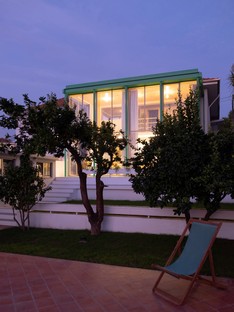 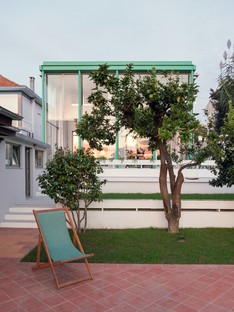 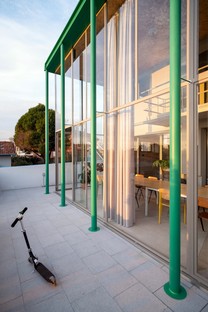 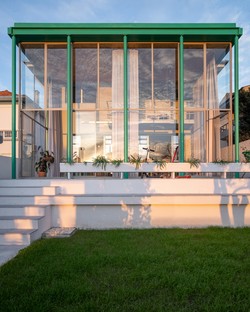 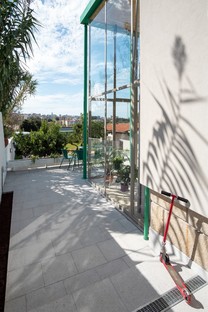 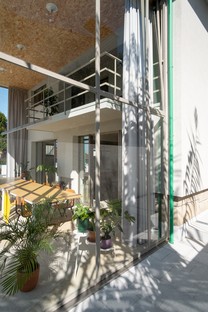 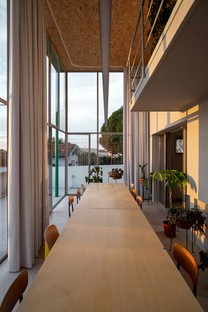 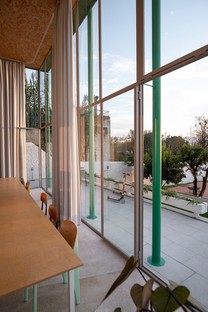 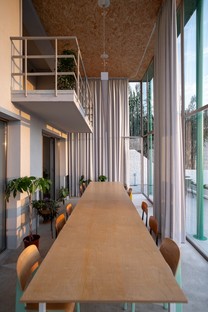 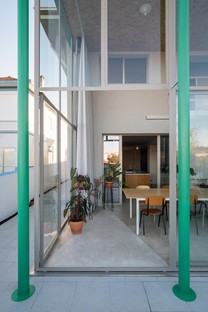 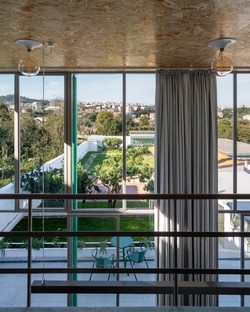 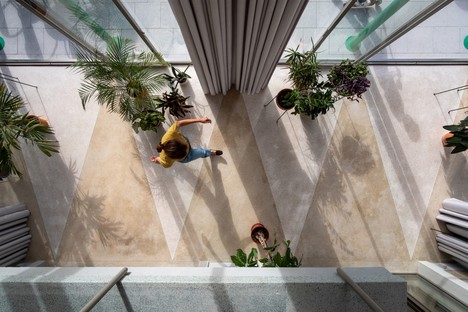 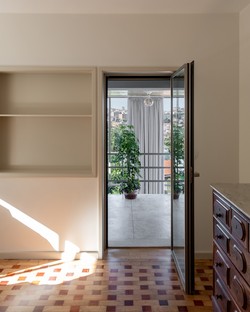 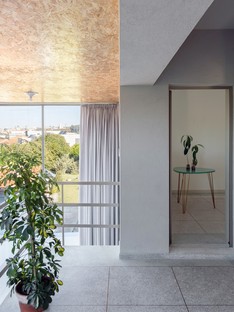 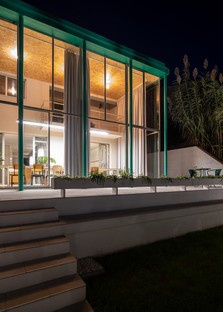 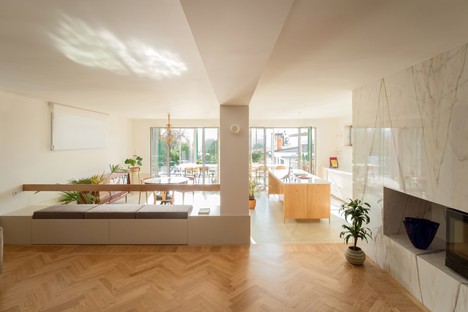 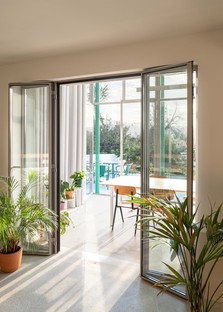 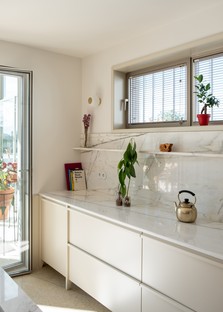