In recent years China has worked hard on adding to its number of significant museums. China’s new museums, which have attracted a lot of international attention, are monumental structures containing not only exhibitions but commercial spaces, promoting awareness of local history in their aesthetic and formal choices. 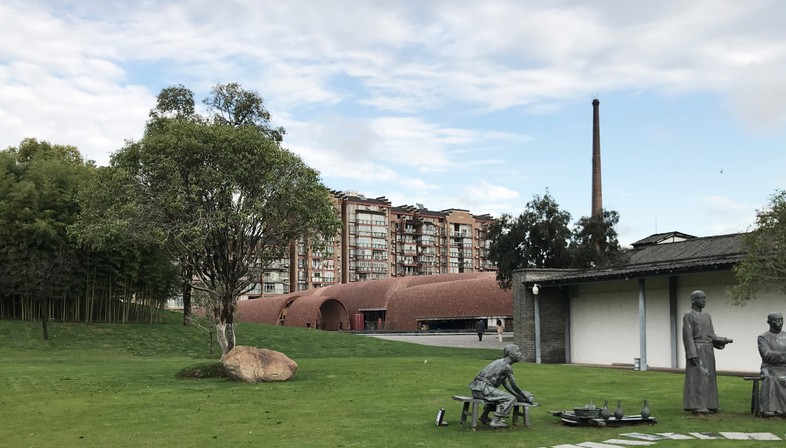 China’s art museums have historically been created with the goal of fulfilling a specific task required by the authorities: acting as guiding lights of culture. But, as elsewhere in the world, this is not their sole purpose: new museums are built to preserve the country’s identity, revealed to the world through architecture and art.
Following China’s rapid economic growth, the country’s recent history reflects a national strategy of rapidly increasing the number of museums, to the point that many have spoken of China’s “museum fever” . Alongside public cultural centres there are a number of private ones, opened by major entrepreneurs and international collectors, starting in big cities such as Beijing and Shanghai but reaching the country’s smaller provinces and towns. The encounter between contemporary art and the museum as institution represents the true turning point for rapid growth of the sector.
As a cultural industry, the museum sector rises to prominence with structures of tectonic monumentality, and the architects who design them are asked to create urban landmarks that will be photographed and posted all over the world to celebrate the country’s greatness.
The result of public and private investment, these architectural constructions are not intended to be places for exhibiting and preserving artworks only, but also shopping centres containing cafés, restaurants, shops and even hotels. These very complex masterplans produce true cities within the city, in which dramatic settings, close correlation of public and semi-public spaces, and the dialogue between the built surface and the landscape transform the museum into a complex, complete experience for the public. As these are in most cases new buildings constructed on large urban or rural lots, the architects seek possible links with local history for translation into forms and materials.
Let us look at these common features of Chinese museums in a number of examples completed recently by prominent Chinese architectural studios. Beginning with a case illustrating the last consideration mentioned: the Imperial Kiln Museum in Jingdezhen, where Studio Zhu-Pei has designed a series of vaulted structures inspired by the porcelain kilns for which the city was famous for many centuries. The evocative power of the abandoned kilns, and of the archaeological sites that have recently brought them to light, and the way these ancient productive facilities fit into the urban landscape guided the architects in the conception of a new space that is not merely a functional interior but a place to walk around the meet people.
The imposing vaulted structures covering more than 10,000 square metres are scattered randomly over the site like caves dug into the ground, partially underground to suggest hand craftsmanship and links with the natural environment. Completed with plazas containing greenery and bodies of water, architecture becomes a new centre satisfying the demands of a public that enjoys dramatic spaces that dialogue with art.
On the topic of the relationship between the museum and urban places, it is significant to look at the Garden Art Museum at Nanning International Garden Expo 2018 designed by China Architecture Design & Research Group. In this case too, a high-impact structure was required, but the focus was on a concept of the museum articulated on the basis of the site, integrated into nature and capable of responding to climatic conditions to create comfortable spaces. For this purpose, the building’s first level is built underground, on the hilly Expo site, thereby limiting its volume; the exhibition halls are distributed like bunches of grapes over the sloping ground, and a big steel roof acting as a shield against the weather embraces the open museum in a single architectural gesture. The gradual transition from the nature outside to spaces which are open and semi-public but covered and from there to the exhibition halls produces a form of integration into the city that makes the museum experience a continuum with urban life. 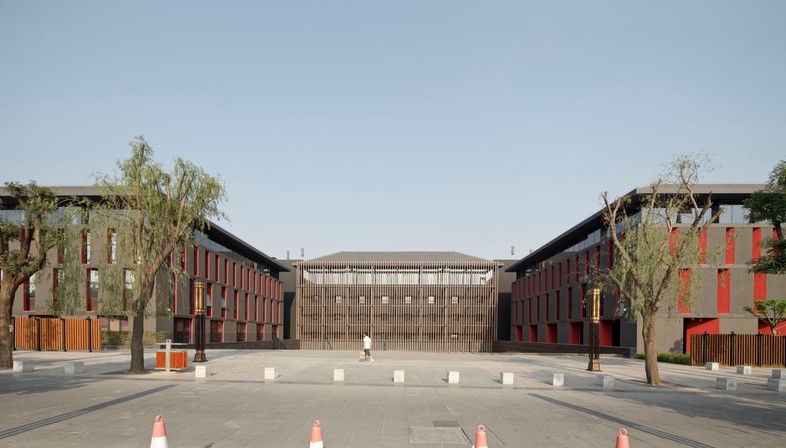 The Westin Hotel & Museum, designed by Neri & Hu Design Research Office in the city of Xi’an, is a monumental expression of dialogue with a powerful, inescapable history, the presence of which defines not only the city’s image but its traffic arteries and orientation. There was a need to provide accommodations for tourists visiting the Big Wild Goose Pagoda, a landmark in Xi’an, and to open a museum about the city’s ancient mural art. Neri & Hu have designed a facility in which the accommodations are kept separate from the art museum, due to the need to protect the artworks, but the visitor’s perception is that of entering a single building where the experience of staying overnight is combined with enjoyment of the art. The impressive historic city walls of Xi’an, built during the Ming dynasty, offer inspiration for the architecture of the Westin Hotel & Museum, but this heavy monumentality is dematerialised thanks to the rhythm established by the windows on its five levels. A monumental staircase inside, designed to match the urban dimension, takes visitors into the museum spaces. The hotel and its three restaurants are open toward the city, inviting the public inside, and the exhibition halls are multiplied like underground gardens, offering new cultural opportunities. 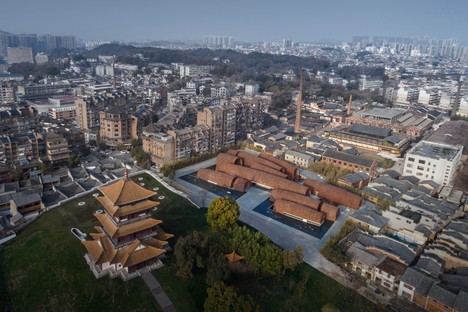 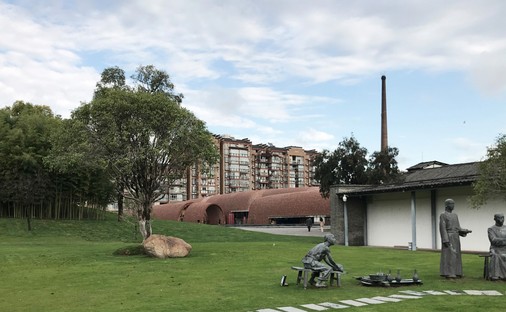 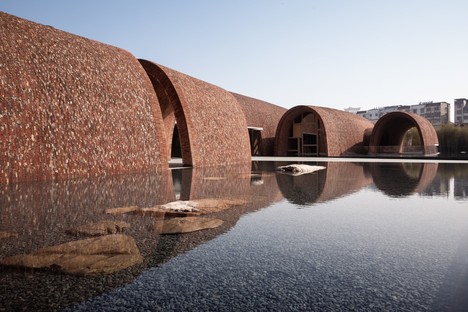 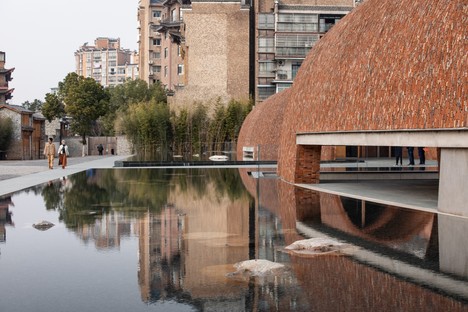 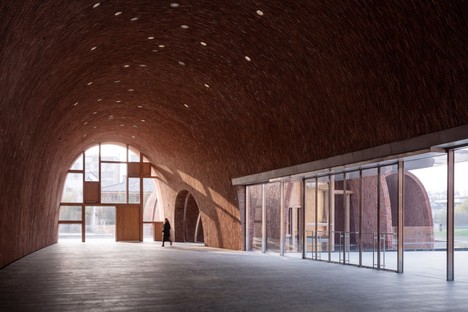 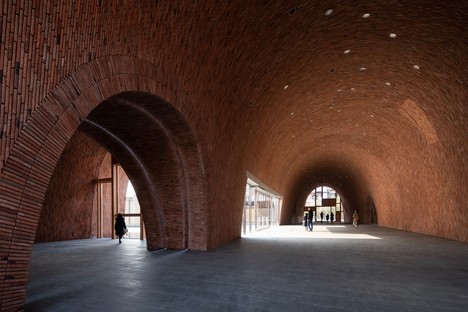 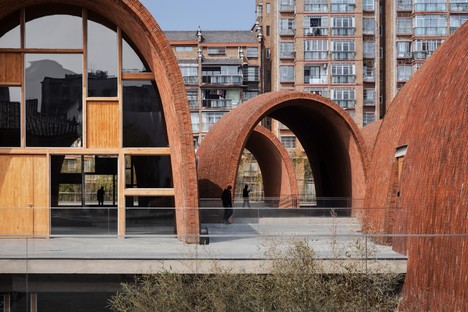 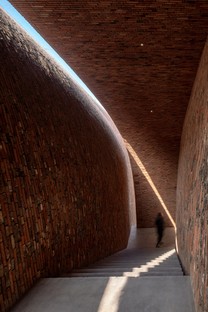 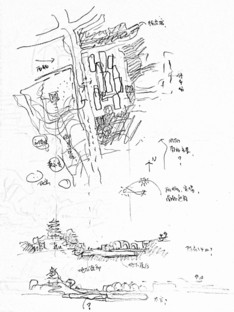 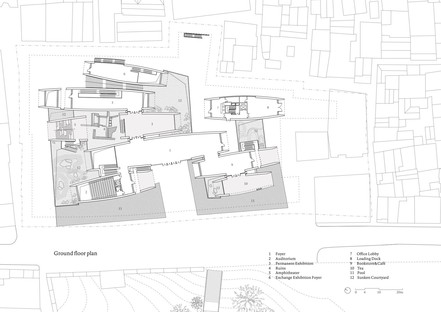 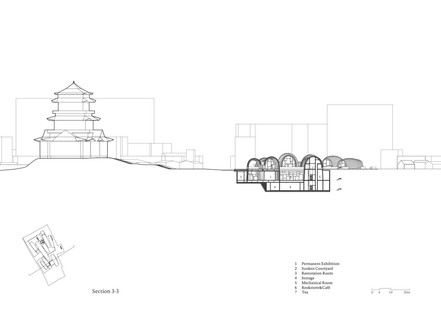 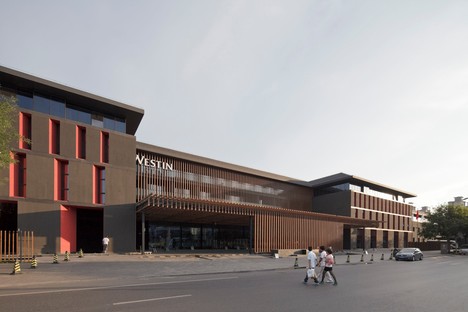 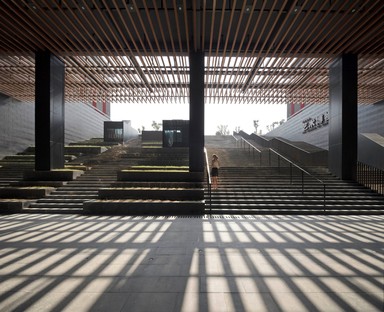 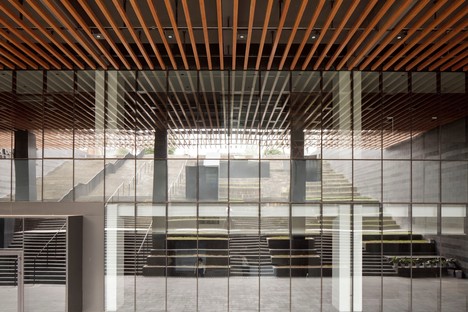 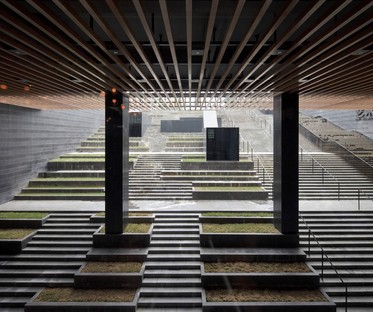 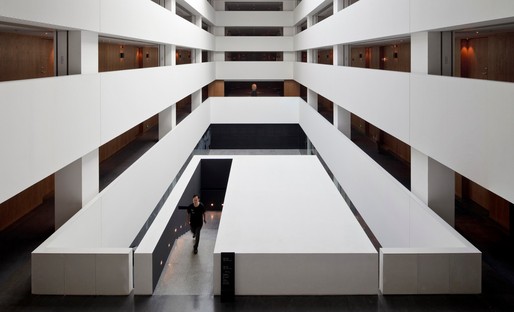 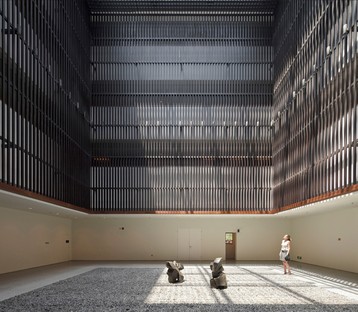 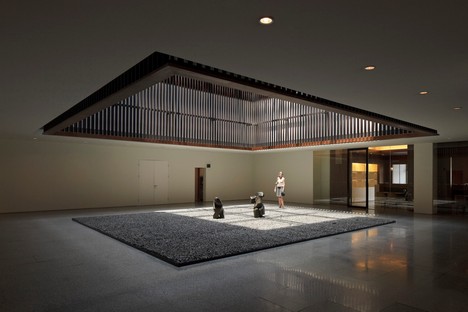 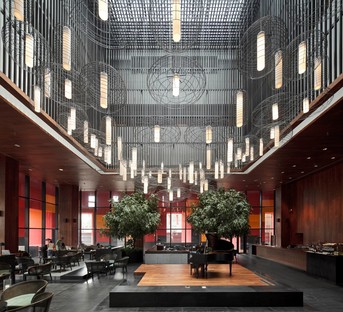