In their restoration project Messner Architects has opened the Church of San Giuseppe nel Bosco to a dialogue with its setting: on one side the alter opens out onto the landscape and on the other the tympanum opens onto the square. 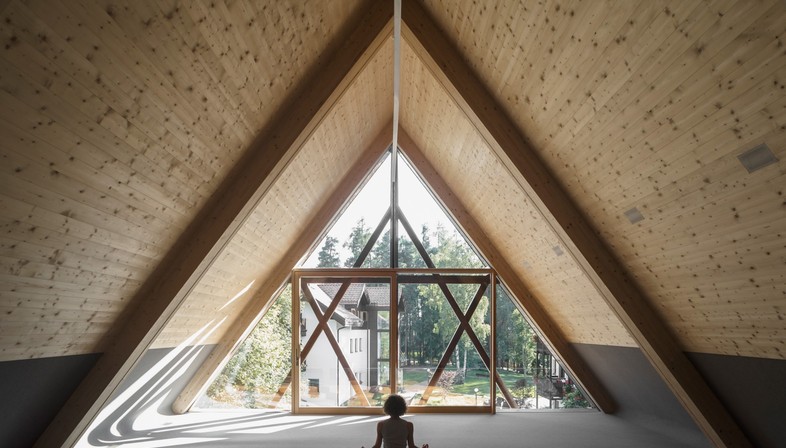 In the upland area of Renon, 1300 m above sea level along the walk known as the Sigmund Freud path, is a church dedicated to San Giuseppe nel Bosco, a spiritual refuge for both locals and passing tourists. The church, built in 1954, has recently been renovated by theMessner Architects architecture studio. The project centred on two essential points: reconfiguring the ground floor and transforming the unused attic, which has now become a meditation space. 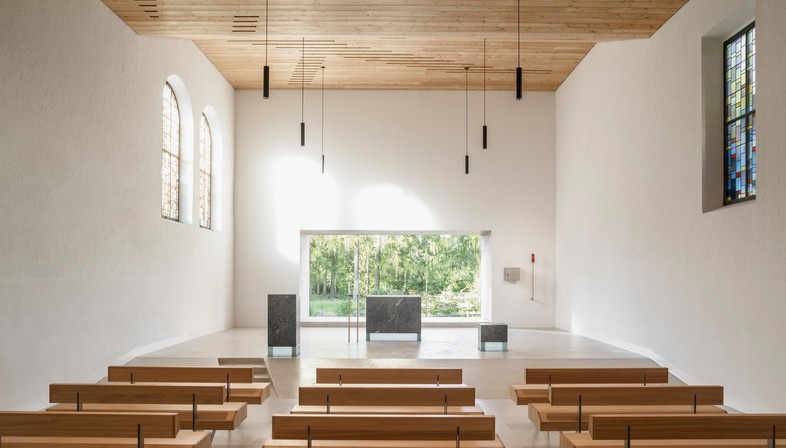 Work on the building has not only brought “light” into a dark space, but has created a constant visual dialogue between the interior and exterior. The church becomes a place of meditation between man and the “created”. A large window frames the landscape and nature and its seasonal changes become the backdrop for the altar.
On the other side of the church, on the upper floor, the tympanum has been “broken open” enclosed by a window and then, through the covered balcony, placed in direct relationship with the square. These large windows allow natural light to flood the space, contributing to the atmosphere of holiness and meditation throughout the church. The search for this sacred atmosphere, which pervades the spirit of believers, has also guided the interior design project. For example, elements in the presbytery are created with stone monoliths resting on translucent glass bases, which when illuminated by the light seem to disappear, freeing and bringing lightness to the full, dark volumes of the altar, the pulpit and the celebrant’s char. 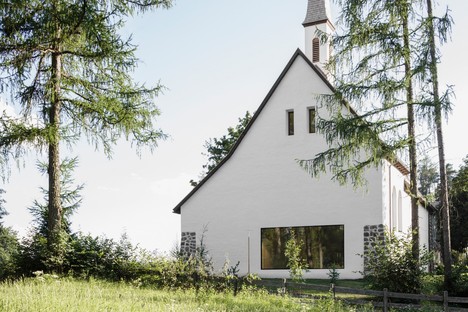 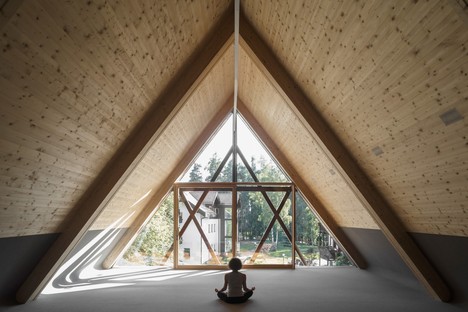 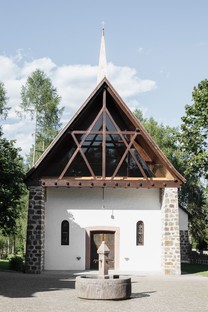 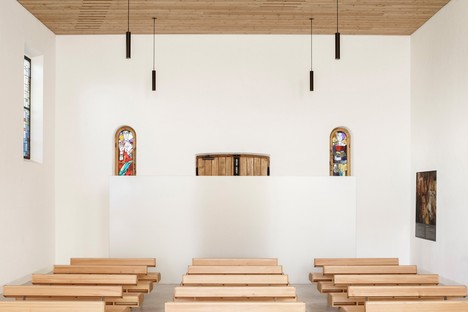 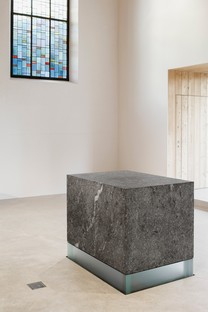 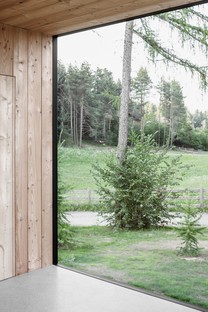 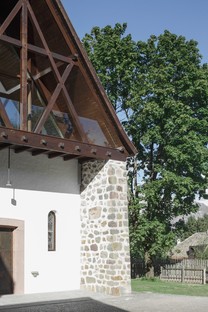 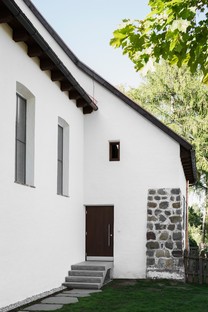 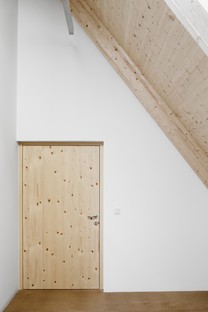 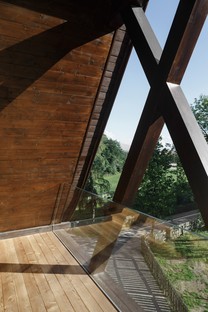 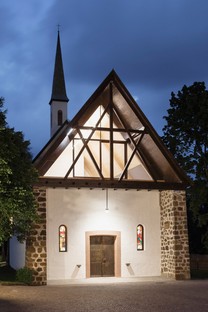 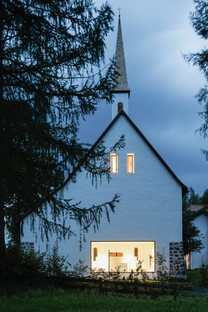 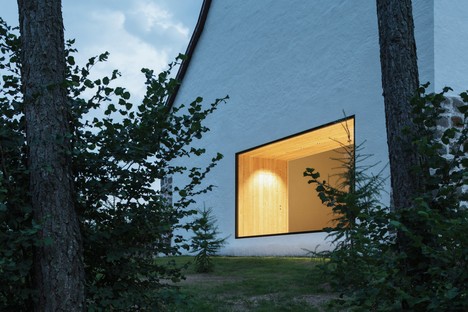 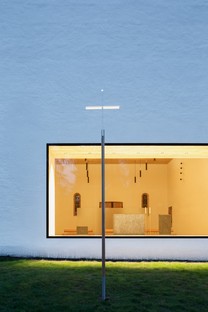