After three years of work by Dutch architectural studio Mecanoo in collaboration with OTJ Architects, Martin Luther King Jr. Memorial Library has reopened in Washington DC. The library, first opened in 1972, is given new life as a contemporary life-long learning hub for the entire community. Francine Houben, founder and creative director of Mecanoo, comments: “We have been guided by Martin Luther King’s timeless values and implemented them”. 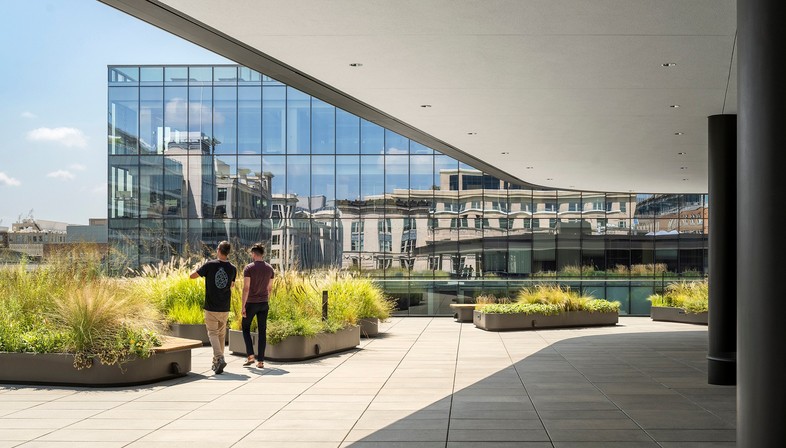 Mecanoo’s renovation project makes the library a contemporary life-long learning hub reaching out to all communities resident in Washington DC, not only for cultural purposes but as a meeting-place promoting informal socialisation. New public spaces have been added to the existing functional parts of the library, including a rooftop garden, a 300-seat auditorium, a monumental staircase with fluid, elegant lines, and a suite of spaces for quiet study (Studio Lab) and for noisy manual work (Fabrication Lab), on the building’s underground level, which is now open to visitors. Lastly, a café connects the world outside with the library through the majestic entrance hall.

Meticulous research work went into the renovations of MLKL, attempting to achieve a balanced synthesis of the ethical and philosophical legacy of Mies van der Rohe and M. L. King Jr, with a particular emphasis on the latter. Going back over the library’s history, the architects interviewed Jack Bowman, an architect who worked on the original project, and Charles Cassell, who spearheaded the campaign to name the library after Dr. King.
With all due respect for the Modernist architect, when Francine Houben, director of Mecanoo, visited the library, she commented that it “was not a good building technically and it was not a good library… all the books got daylight and all the people didn’t get any at all”.

The 39600 square metres of space involved in the renovation project respect the powerful simplicity of the historic building, a classic example of Mies van der Rohe’s aesthetic with its repetitive linear elements of black metal and glass running the full height of all three floors, rising above a ground floor which is set back to make room for a black steel colonnade.

The main entrance leads into the Great Hall, the original features of which have been maintained. A historic mural by Don Miller celebrating the life of Martin Luther King dominates the large open space. Mecanoo has lined the walls with vertical wooden planks; broad, low wooden steps rise above floor level to invite people to sit and chat or read. The changes bring new warmth to the hall and improve its acoustics. In all the library spaces it is perfectly clear what is Mies van der Rohe’s original design and what has been added by Mecanoo.

On the second floor, an unusual continuous desk extends along the entire breadth of the window overlooking G Street, forming part of a "Reading Ribbon" 220 m long on multiple levels. The second floor also contains a colourful children’s library, divided into three age zones, with the fun addition of a tall, elegant wooden slide next to the staircase.

On the third floor is the Grand Reading Room. A ceiling has been removed to increase the height of the space, which was previously compressed in just over three metres; it is now visually linked with the airy fourth-floor reading room to create a less claustrophobic atmosphere. An installation by Xenobia Bailey, an artist known for her aesthetic combining African traditions with contemporary urban culture, hangs in this space.

Richard Reyes-Gavilan, executive director of DC Public Library, which also includes MLKL, says of the project: “The modernised Martin Luther King Jr. Library delivers to the residents of Washington, D.C. an inspiring centre for learning truly worthy of the building's namesake and a thoughtful, meticulous renovation of Mies van der Rohe's historic landmark. Mecanoo's vision, paired with OTJ's attention to detail, has resulted in a stunning achievement that will be cherished for generations to come”.

Project: Mecanoo
Executive: OTJ Architects
Year: 2021
Location: Washington D.C., USA
Surface: 39,600 m2 (426,000 sq ft)
Photography: Trent Bell
Video: https://youtu.be/s9P1UgcdLAM
‘A Legacy of Mies and King’ written, filmed, and directed by Nienke Andersson with music and sound engineering was done by KH music. The documentary was funded by The Society of Arts of The Royal Netherlands Academy of Arts and Sciences in collaboration with Mecanoo. 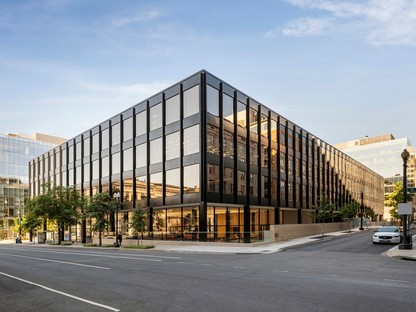 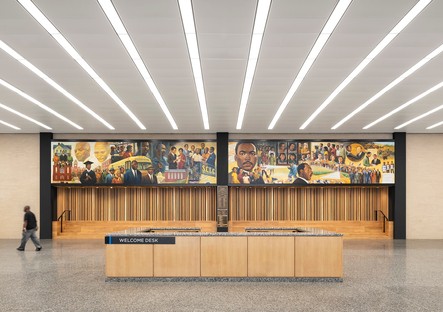 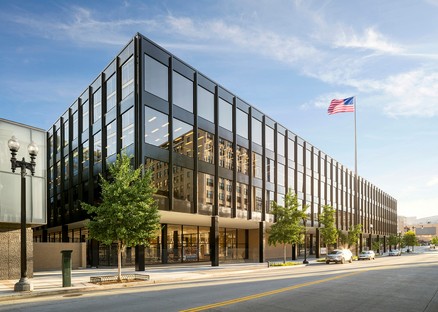 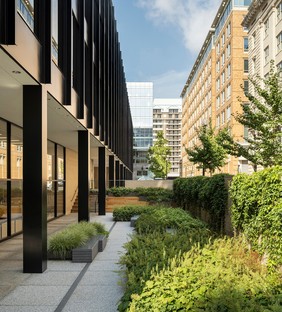 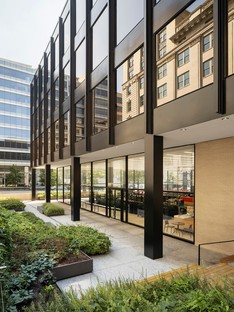 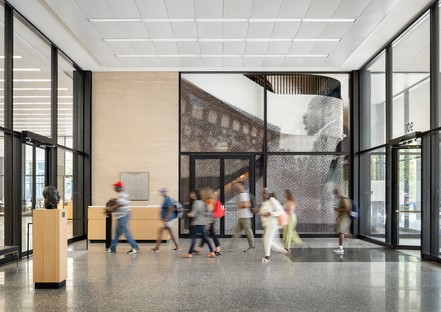 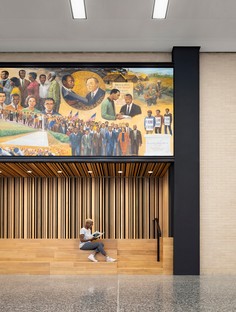 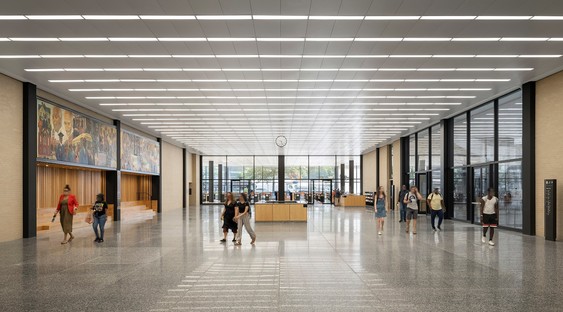 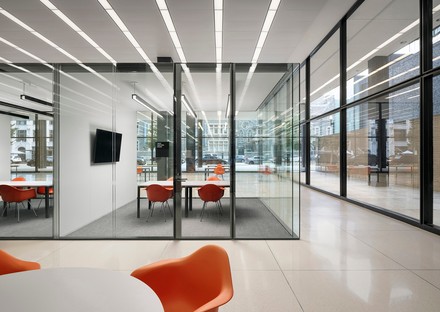 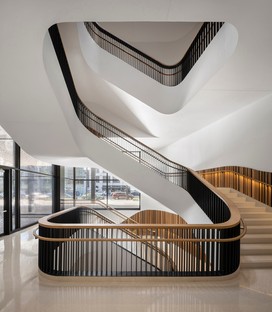 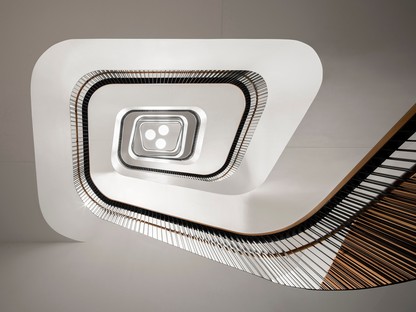 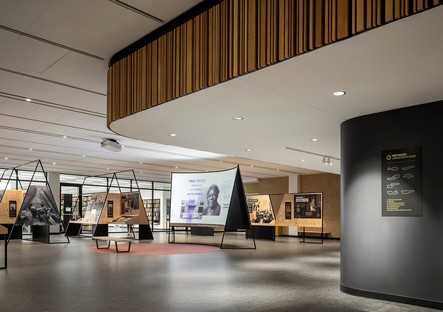 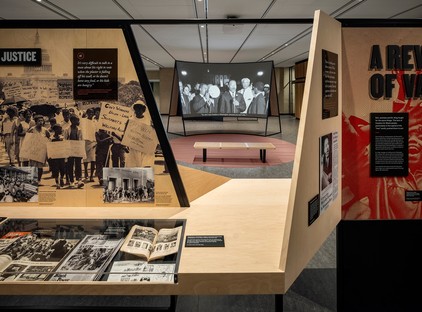 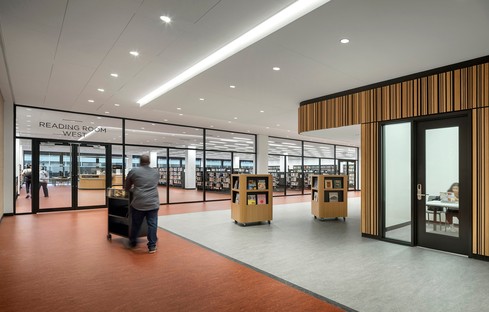 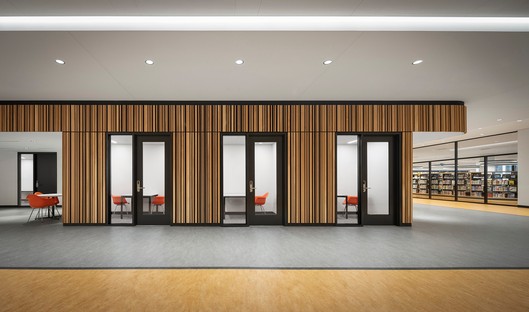 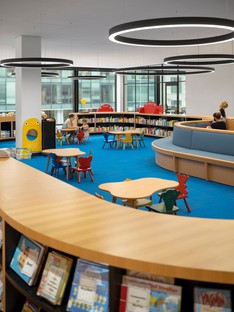 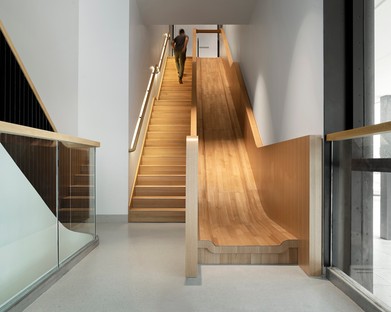 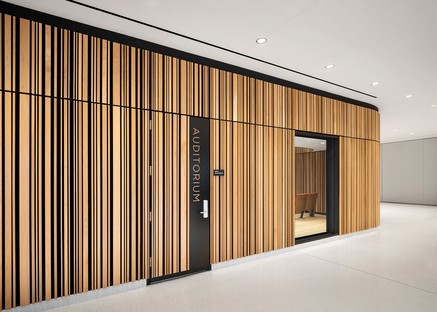 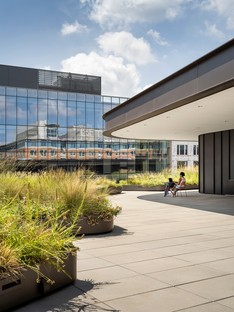 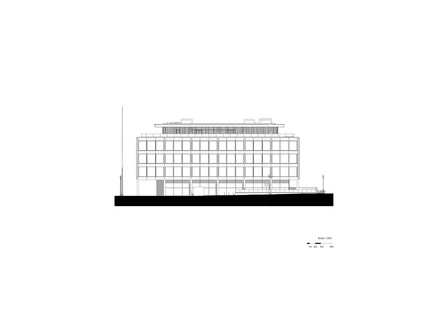 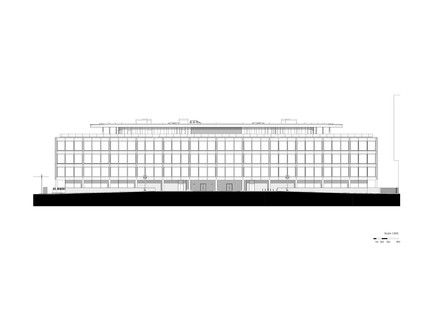 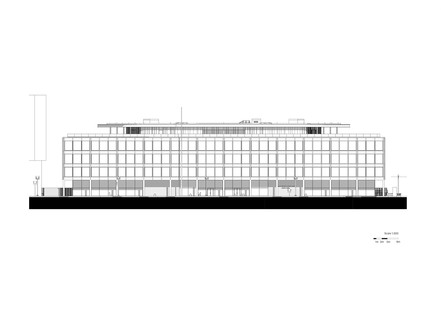 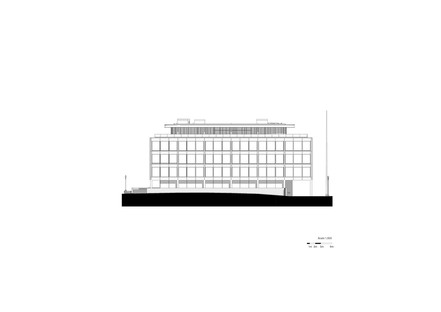