The railway stations in Japan's major cities are excellent business cards for the country, absolutely perfect in terms of both functioning and architectural aesthetics, suspended between the past and the future. 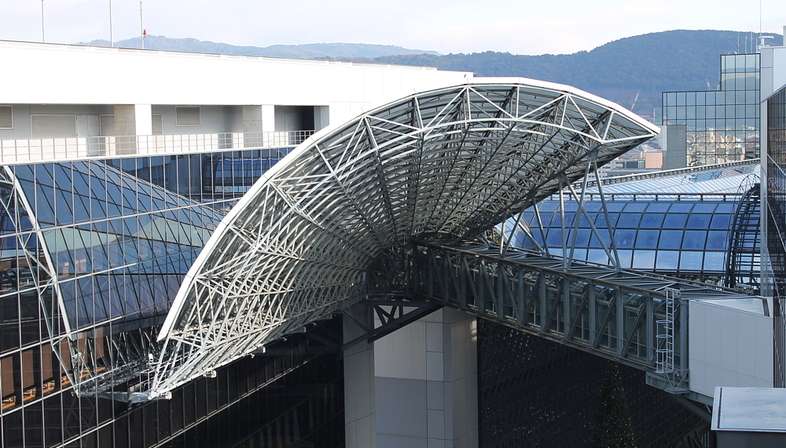 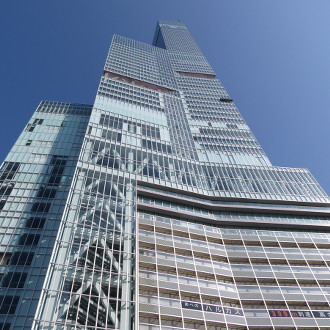 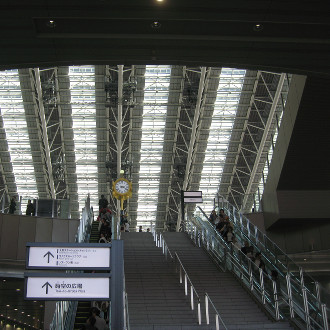 The most amazing thing about Japanese railway stations is that, though they cannot escape the definition of 'non-places', they are central to people's lives, busy at least 16-18 hours a day, and never become ghettos like railway stations in many other parts of the world.

Tokyo station
Tokyo's railway station opened in 1914. The original plan by German engineer Franz Baltzer was sacrificed in favour of the plan by architect Tatsuno Kingo, who gave the construction a more western look than the German engineer's markedly Japanese design. In Tatsuno Kingo's plan, Tokyo station was to be three floors high, with a dome-shaped roof; the railway station was to act as a façade concealing the tracks, which were arranged parallel to the buildings, composed of three main sections, a central block and two side blocks, arranged along the same line and connected by elongated bodies. During the war, the northern and southern domes, the roof and the interiors were heavily damaged by fire. The restoration project begun in 2007 opted for faithful reproduction of architect Tatsuno Kingo's design. The work restored the façade to its original condition and expanded the station with the addition of new functions, improving its earthquake resistance to withstand even the strongest quakes. The work was performed preserving and using the original parts wherever possible.
The Marunouchi building with its characteristic red bricks has always been the beloved "face" of Tokyo station, and since the restoration and preservation work performed in October 2012, Tokyo station once again looks the way it did about a century ago.
The Tokyo Station Hotel and the Tokyo Station Gallery opened at around the same time as the Marunouchi building. Tokyo Station Hotel, a unique cultural heritage site of national importance, brings back atmospheres inspired by European classicism and goes perfectly with the architecture of the Tokyo railway station building.
'

Kyoto Station
Kyoto's futuristic JR station was designed by Japanese architect Hiroshi Hara and is the greatest masterpiece by a professional who designed futuristic cities of connected skyscrapers. In the square before it, people coming to the station pass through a waterfall of polygonal glass surfaces forming a series of mirrors in motion reflecting the sky. The materials used on the outside are iron and glass, to interact with light in the best possible way. The railway station has a central foyer leading to a series of staircases and escalators leading up to eleven levels, containing a theatre, a hotel, department stores and a museum, also accessible via an elevator with an amazing view of this imposing, elegant space. While from the outside it may look like a solid block covered with mirror glass, its complex structure is revealed on the inside. Like many railway stations, Kyoto station contains a huge shopping centre and is linked to metro lines and to a number of local destinations via an extensive network of busy underground passageways full of shops. The bus terminal is also located at the station.

Osaka Station City
Osaka's railway station was opened on May 11 1874, making it one of the oldest railway stations in the Kansai region. The railway station made what is now the Kita-Ku district a centre of primary importance in the city and has been subjected to numerous restoration projects. Allied forces bombed the railway station during the second world war, and the northern end of the station, destroyed in the war, was not fully restored until 1979. But the most important renovation project is more recent; a radical renewal of the railway station was completed in 2011 with the addition of shopping complex so big it forms a town in its own right, known by the English name Osaka Station City. In addition to renovation of the skyscraper on the southern side and construction of a new complex of buildings and shopping centres at the northern end, the face of the railway station itself was changed with the addition of a big foyer crossing over the tracks, allowing passengers to reach them from above, and a huge diagonal roof which arches gently over the railway tracks.
Near the railway station stands the futuristic Umeda Sky Building designed by architect Hiroshi Hara. The 173-metre-high building with 40 floors is formed of twin towers linked by an observatory and a hanging garden. The observatory offers all-round views of the city and its port, with a mid-air public observation deck on the roof reached via a glass elevator in the eastern tower and escalators contained in glass pipes suspended under a round opening between the two towers of the Umeda Sky Building. The futuristic construction breaks with architectural conventions, offering a vision of what the architecture of tomorrow might be like. The two office buildings are linked high above the ground by aerial passageways, revealing new ways of using urban space which in this case use a concrete structure with two levels reinforced by a steel frame.
Construction of the Abeno Harukas, a multipurpose building designed by architect César Pelli, was completed five years after the start of work. Over 300 metres high, it is Japan's tallest usable building. César Pelli's structure contains large cubic volumes, each of which gives the building a different function. The skyscraper encloses five different functions, including Kintetsu Osaka-Abenobashi railway station on the ground floor, through which about 750,000 commuters travel every day. 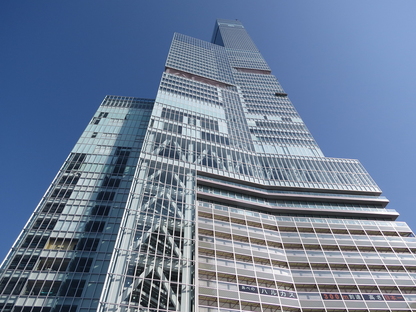 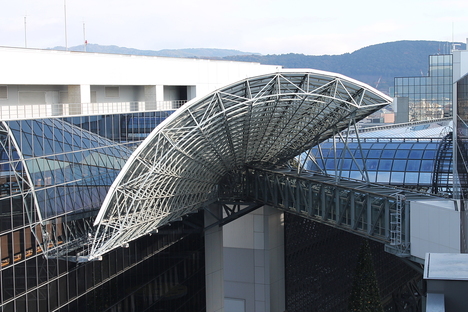 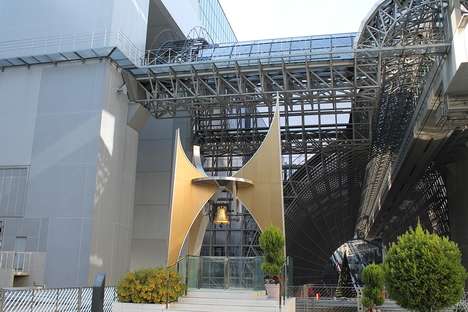 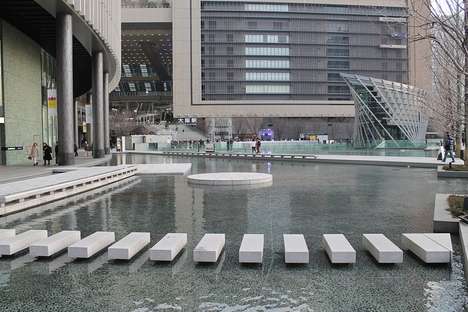 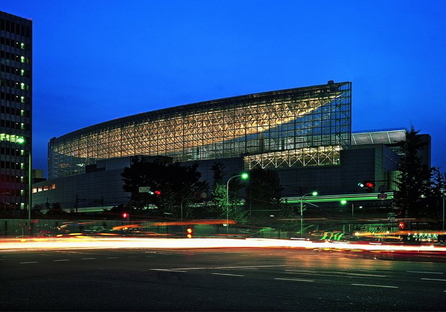 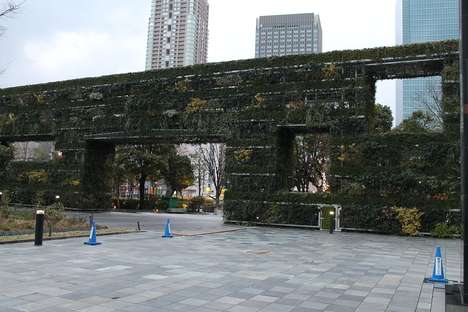 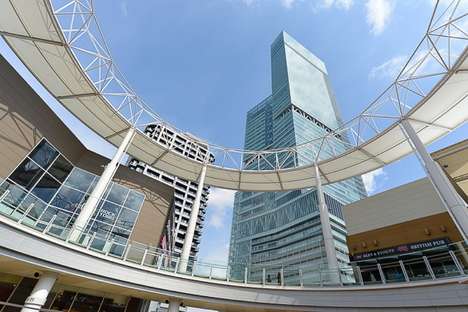 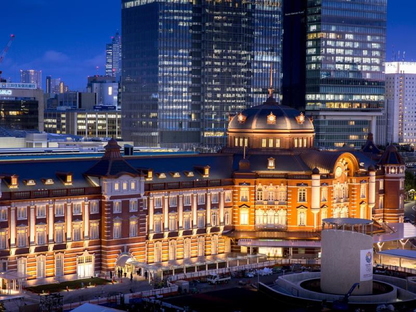 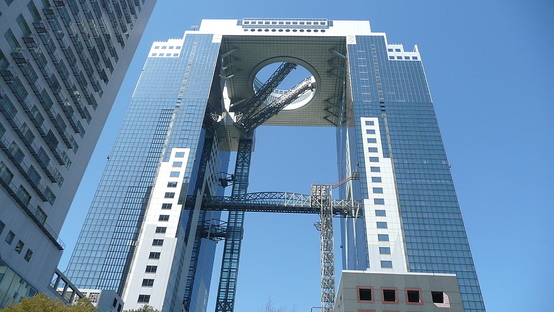 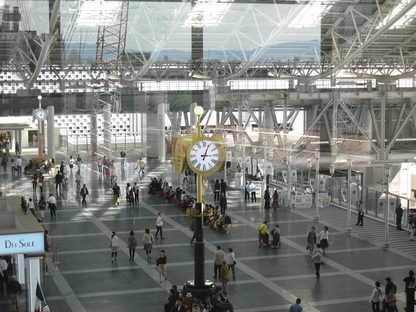 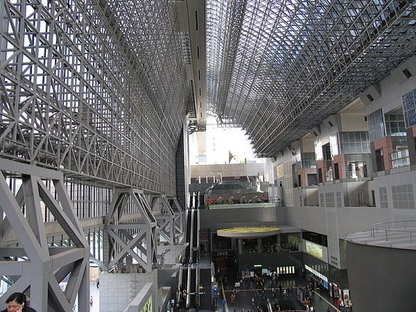 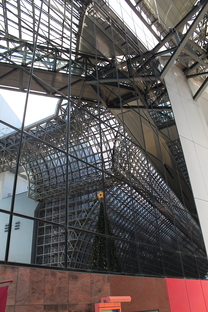 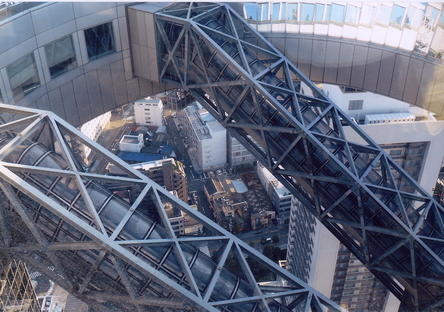 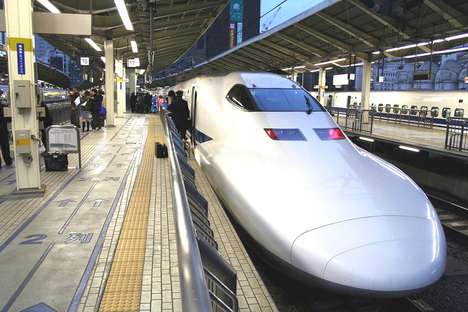 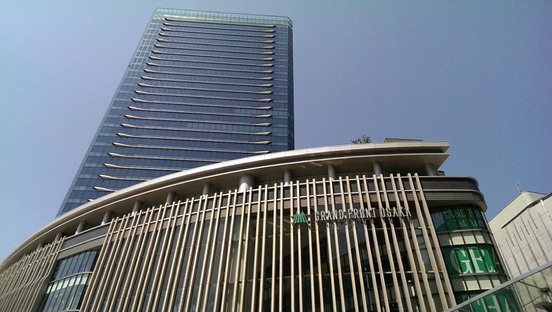 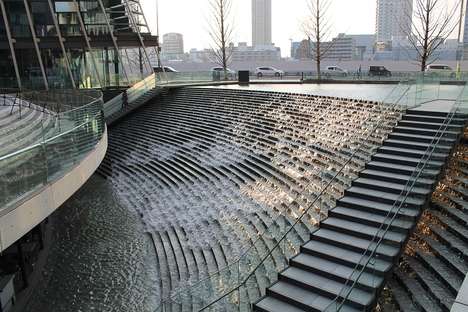 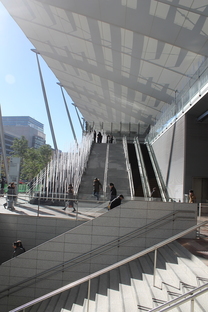 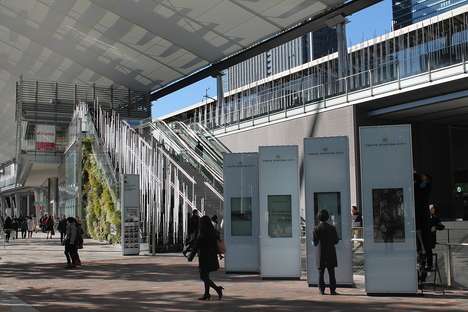 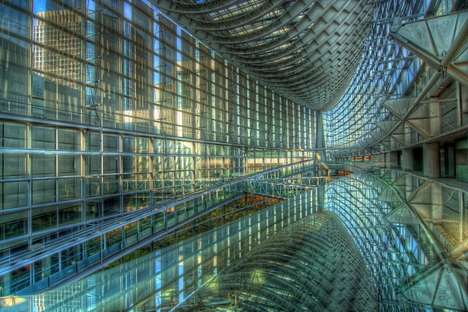