The Piranesi Prix de Rome for Lifetime Achievement was presented to Francesco Venezia at Casa dell’Architettura – Acquario Romano in Rome on 15 March 2019, during a Lectio Magistralis in which the architect from Naples talked about his career and a number of his most important works. 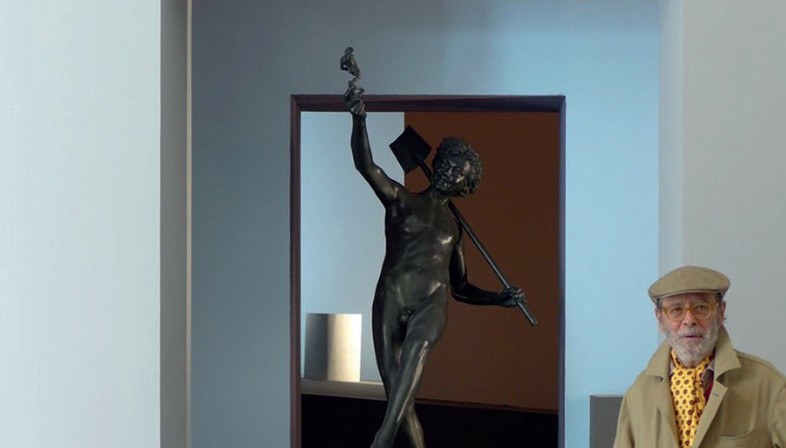 The list of winners of the Piranesi Prix de Rome now includes another important figure in contemporary architecture: Francesco Venezia, chosen for the prestigious award for classic achievement in architecture by the scientific committee of the Piranesi Prix de Rome in collaboration with the Order of Architects, Landscape Architects, Planners and Conservers of the City and Province of Rome/Casa dell'Architettura and the Mantua Campus of Politecnico di Milano. The architect from Naples joins the list of world-famous architects honoured in previous editions of the prize, such as Rafael Moneo, David Chipperfield, Peter Eisenman, Bernard Tschumi, Yoshio Taniguchi, Eduardo Souto de Moura and Alberto Campo Baeza. The awards ceremony was held on 15 March 2019 at Casa dell’Architettura – Acquario Romano di Roma. Introduced by professor Francesco Dal Co, architect Francesco Venezia held a Lectio Magistralis in which he went over his professional career since 1971, focusing on a number of his most important projects. 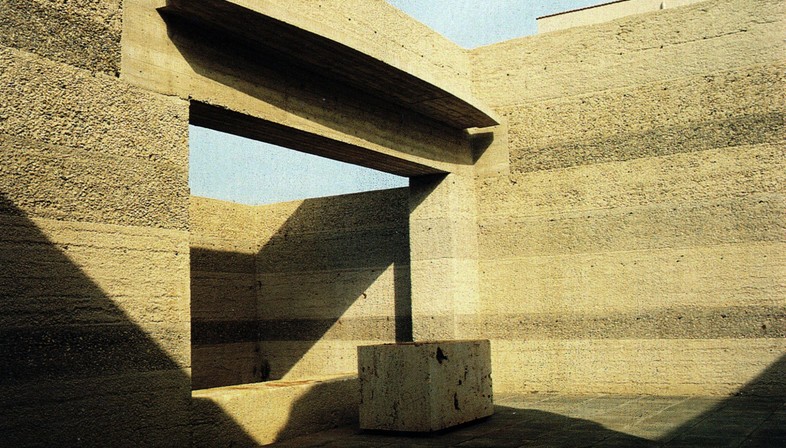 Born in Lauro, in the province of Avellino, in 1944, Francesco Venezia graduated with a degree in architecture from Federico II University in Naples in 1970. He opened his own practice right away, in 1971, and flanked his professional career in architecture with an academic career. In 1971 he conducted research at the Architectural Design Institute of Federico II Faculty of Architecture in Naples, and in 1986 he was appointed professor of architectural composition, holding teaching positions in Italy and abroad, including the Faculty of Architecture of Genoa University, the University Institute of Architecture in Venice, Sommerakademie in Berlin, the Federal Polytechnic of Lausanne, Harvard University in Cambridge and the Architecture Academy of Mendrisio. In 1998 he was awarded the title of “Accademico di San Luca”. His intense teaching career was combined with important theoretical, editorial and professional work. His thought and projects have been described in numerous publications, including La Torre d'Ombre o l'architettura delle apparenze reali (1978); Scritti brevi (1990); Francesco Venezia: le idee e le occasioni (2006); and Francesco Venezia: che cosa è l’Architettura (2011). 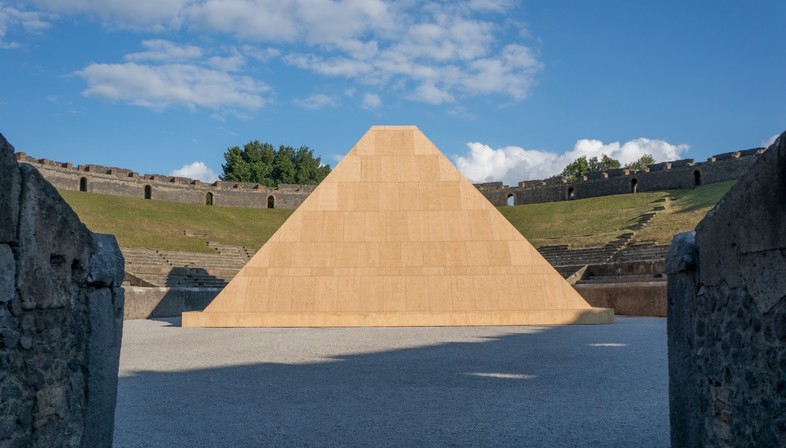 The architect has made a name for himself in the field of exhibition and museum installations, an area in which his projects are considered outstanding examples of excellence. Triennale di Milano appointed him to represent Naples in a 1987 exhibition entitled "Le città immaginate. Un viaggio in Italia. Nove progetti per nove città" (“Imagined cities: a voyage through Italy. Nine projects for nine cities”) and awarded him a gold medal for lifetime achievement in 2015. Venezia’s best-known projects include Piazza Marginale-Lancelotti in Lauro (1974-1976), Palazzo Di Lorenzo in Gibellina (1981-1987), Piccolo giardino, a garden in Gibellina (1984-1987), University Library and University Campus of Law and Economics in Amiens (1993-1997), the Materials Testing Laboratory at IUAV in Mestre (1995-2002), the exhibition installation for "Gli Etruschi" (“The Etruscans”) at Palazzo Grassi in Venice (2000), Underground Spaces in the Cathedral of Caserta (2011-2014), the exhibition installation for “Pompei e l’Europa. 1748-1943” (“Pompei and Europe”) in the Salone della Meridiana at the National Archaeological Museum in Naples and at the Amphitheatre in the Archaeological Excavations in Pompei (2015), the exhibition installation for “Mito e Natura” (“Myth and Nature”) at Palazzo Reale in Milan (2015), the exhibition pavilion for the “Arch and Art” project on the grounds of Triennale di Milano (2016), and the exhibition installation for “Pompei e L’Egitto” (“Pompei and Egypt”) in the Palestra Grande at the Archaeological Excavations in Pompei (2016). 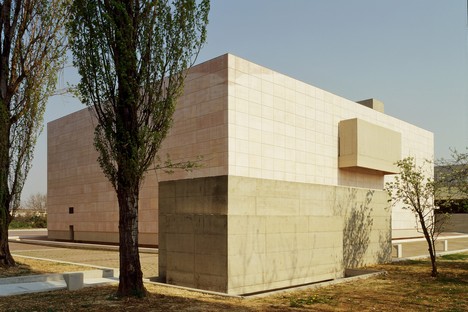 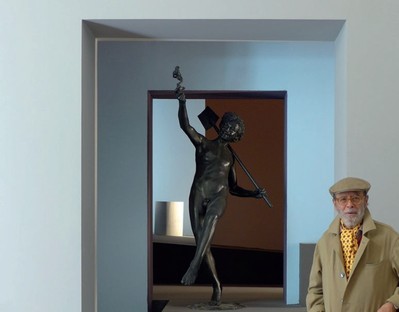 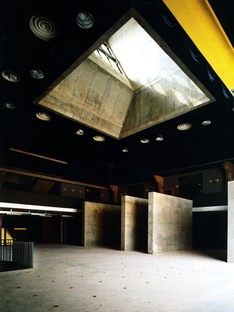 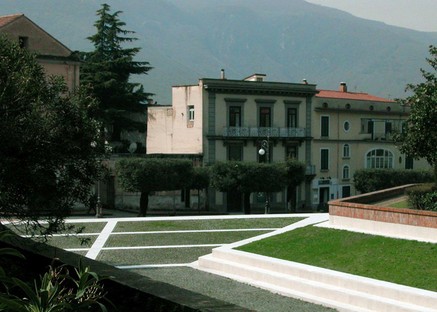 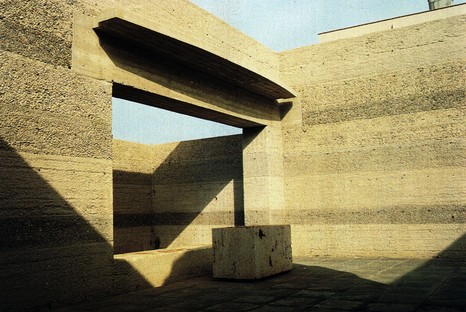 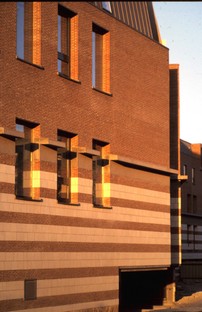 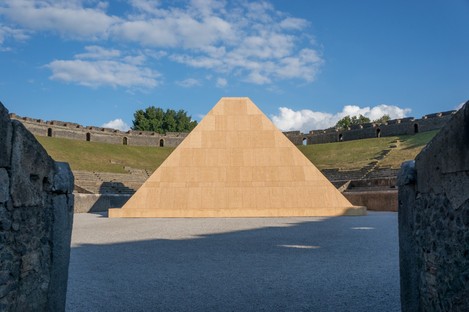 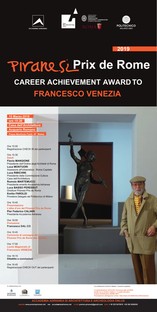